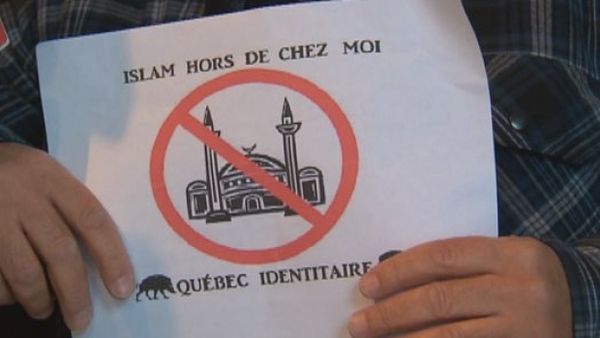 [http://127.0.0.1/wp/2014/anti-muslim-posters-pasted-on-three-quebec-mosques/quebec-city-mosques-vandalized/] (November 10, 2014) – Three Quebec City mosques were targeted over the weekend with signs reading “Islam hors de chez moi” — Islam out of my country — pasted on the mosques’ doors. The three mosques desecrated were in the Limoilou neighbourhood, the Islamic