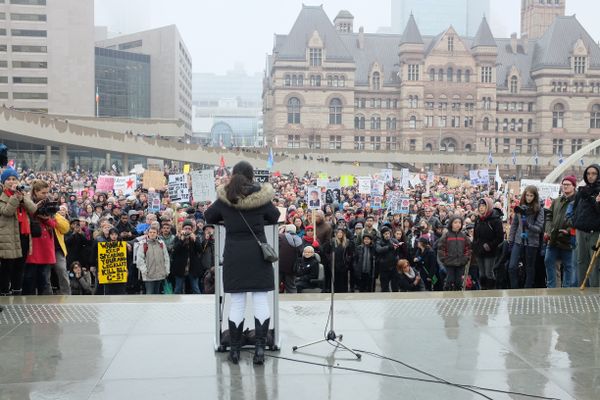 (March 14, 2015) – Thousands of Canadians gathered in public squares across the country to protest the Conservative’s government proposed anti-terrorism legislation that would expand the powers of police and Canada’s spy agency. In Toronto, an estimated crowd of 2,000 people came out to Nathan Phillips Square to