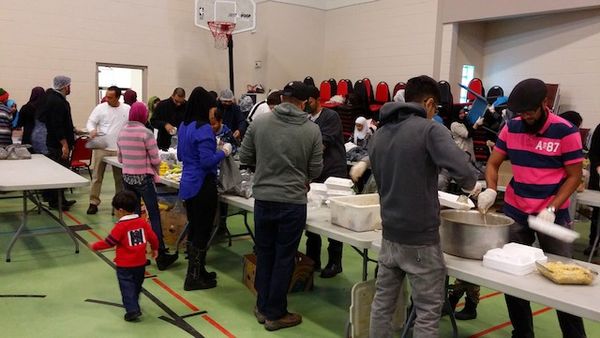 [http://127.0.0.1/wp/2014/toronto-muslims-help-needy-during-rabi-al-awwal/soup-kitchen1/] (February 6, 2014) – Volunteers of a Toronto mosque delivered hundreds of meals to shelters in Toronto during Rabi Al-Awwal, the recently concluded Islamic month in which Muslims commemorate the birth anniversary of Prophet Muhammad, peace be on him. The TARIC Mosque