Canadian Prime Minister Justin Trudeau and over 75 elected officials and media personalities joined 1,000 guests to celebrate Eid Al-Fitr at a gala dinner in Toronto on Friday, June 21st hosted by The Canadian-Muslim Vote (TCMV), a non-partisan organization whose aim is to increase the participation of Canadian Muslims within the democratic process.

“Eid Mubarak! It is a wonderful honour for me to be here with you all tonight to celebrate Eid Al-Fitr,” Prime Minister Trudeau told the appreciative audience. “Let me give a huge shout out to everyone who has helped set up tonight’s event and to the remarkable work of The Canadian-Muslim Vote.”

“What a wonderful example of how this community brings people together because when an organization like this gets two and a half million people talk about being politically engaged  – that is the number of people that the Canadian Muslim Vote has reached in the last four years alone – there can be no doubt about the power of grassroots volunteers. Your dedication to our democracy is inspirational and makes our country better. Thank you.“

“The campaign is focusing on eight geographic regions covering 79 federal ridings, many of which have had small margins of victory but large Muslim populations.”

In his speech, Prime Minister Trudeau spoke out against the politics of division and the Islamophobia that Canadian Muslims face.

“We live in a world where the pace of change is taking us forward faster than ever before, lifting thousands of people out of poverty, inspiring young innovators and helping our communities thrive,” he said.  “But at the same time we are facing a pushback – political movements that see change as a threat; leaders who are allowing intolerance to fester in a corner of their parties; individuals who want to spread cynicism and sow division.”

“Far too often, you know this, Muslim communities bear the brunt of that backlash – the politics of division can only take root if we turn away from one another; hate can only creep into the mainstream if we don’t speak up,” added the Prime Minister. “This is the moment to call out discrimination and racism in every form; this is the time to stand strong against Islamophobia; it is up to us to make sure that our places of worship are free from violence and our neighbours live free from fear.”

Speaking of Canada’s unique role in the world Prime Minister Trudeau noted, “Around the world people are looking to Canada to lead the way. We are the home for the Charter of Rights and Freedoms, a place where everyone is equal, a country where we celebrate the differences that make us stronger because where everyone participates we all do better.”

“We are only a few months out from an election and I think it is fair to say that there is a lot at stake. It is up to you to choose where you want our country to go from here – whether we continue to move forward or we go backward because you know, as well as I do, that we don’t make progress by pitting Canadian against Canadian or citizen against citizen.”

“We move forward when we work together towards a common goal, a better Canada for everyone regardless of the colour of their skin or the way they pray.”

The Canadian-Muslim Vote was founded in 2015 with the mandate to educate and mobilize the estimated 1.6 million Muslim voters across Canada at all levels of government in a non-partisan way.

It is estimated that in the 2018 Ontario provincial election the Get Out The Vote campaign by The Canadian-Muslim Vote had nearly 2 million touch points with the Muslim community. 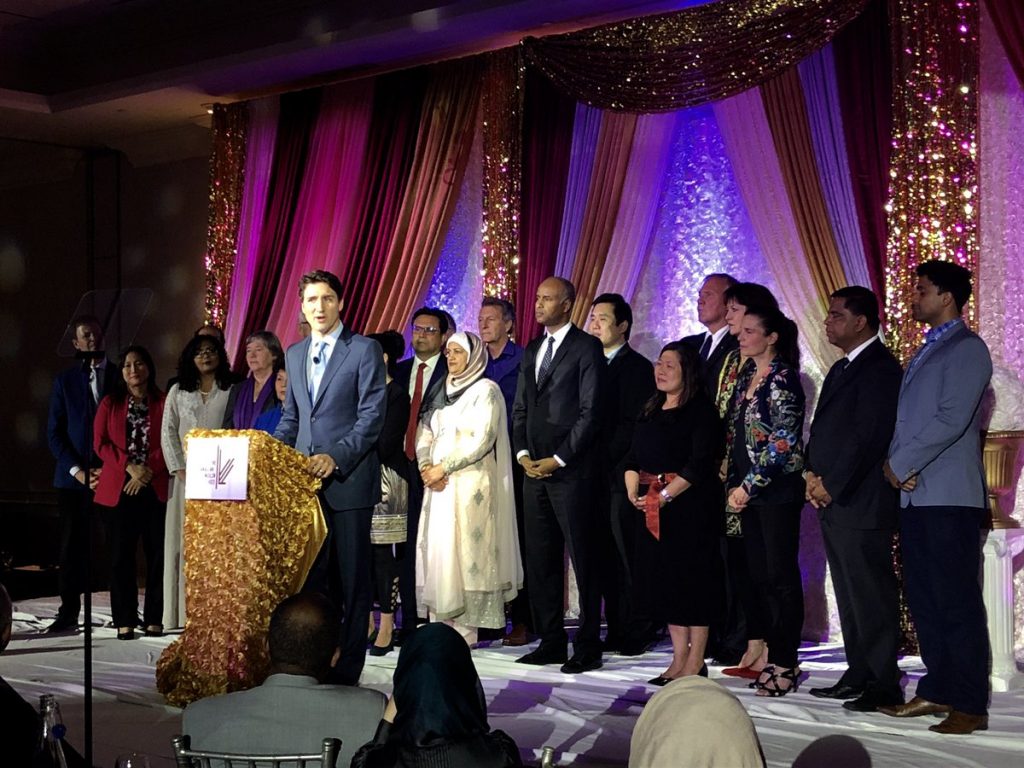 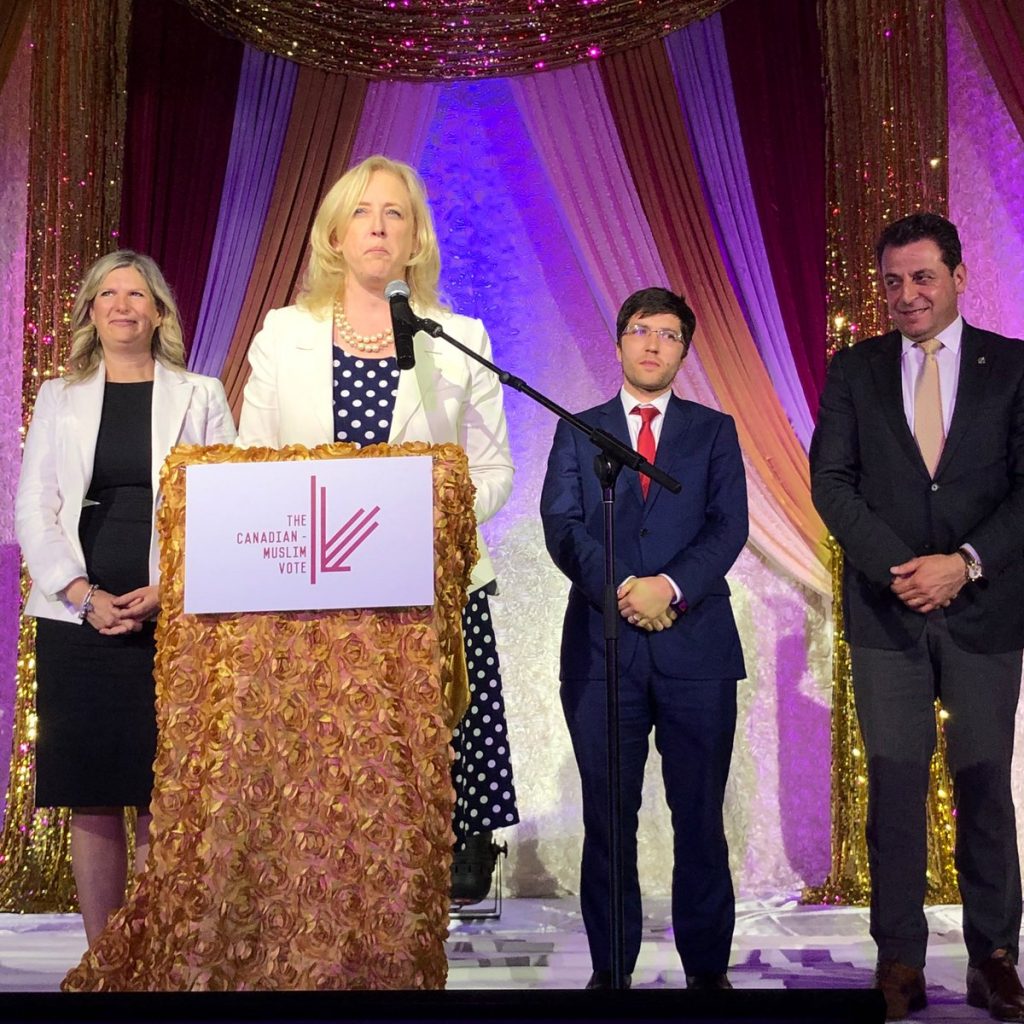 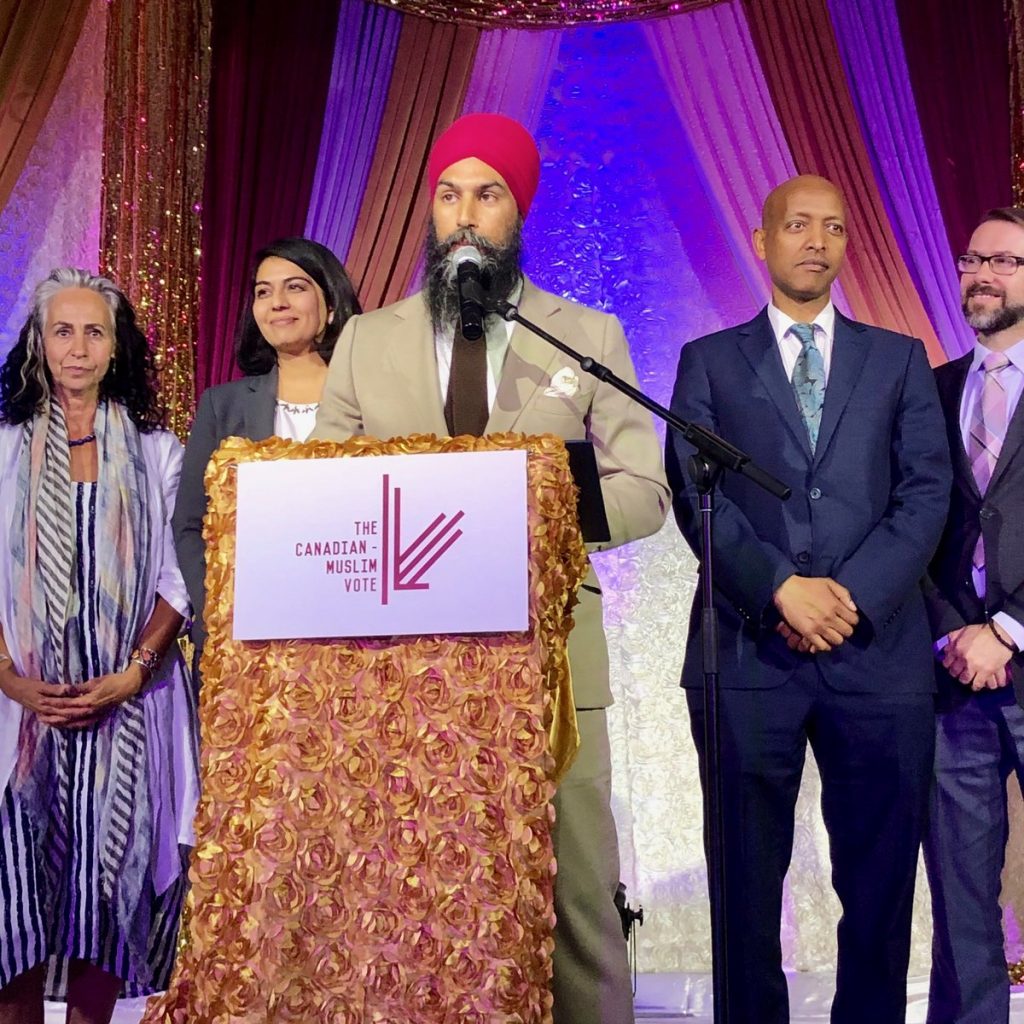 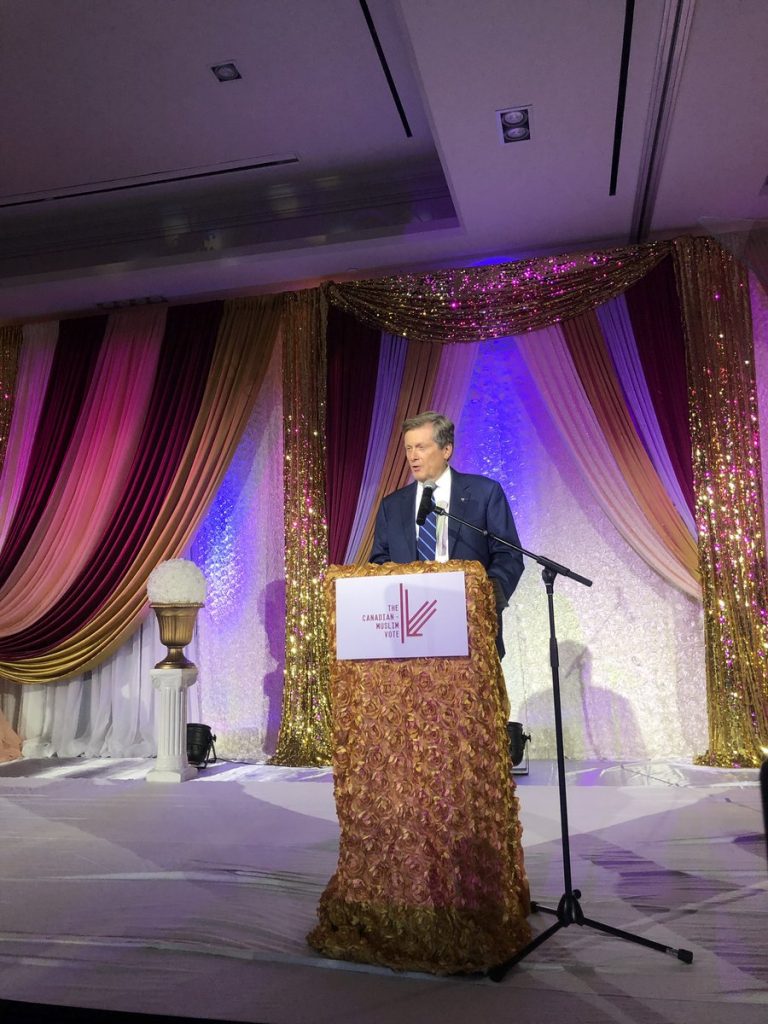 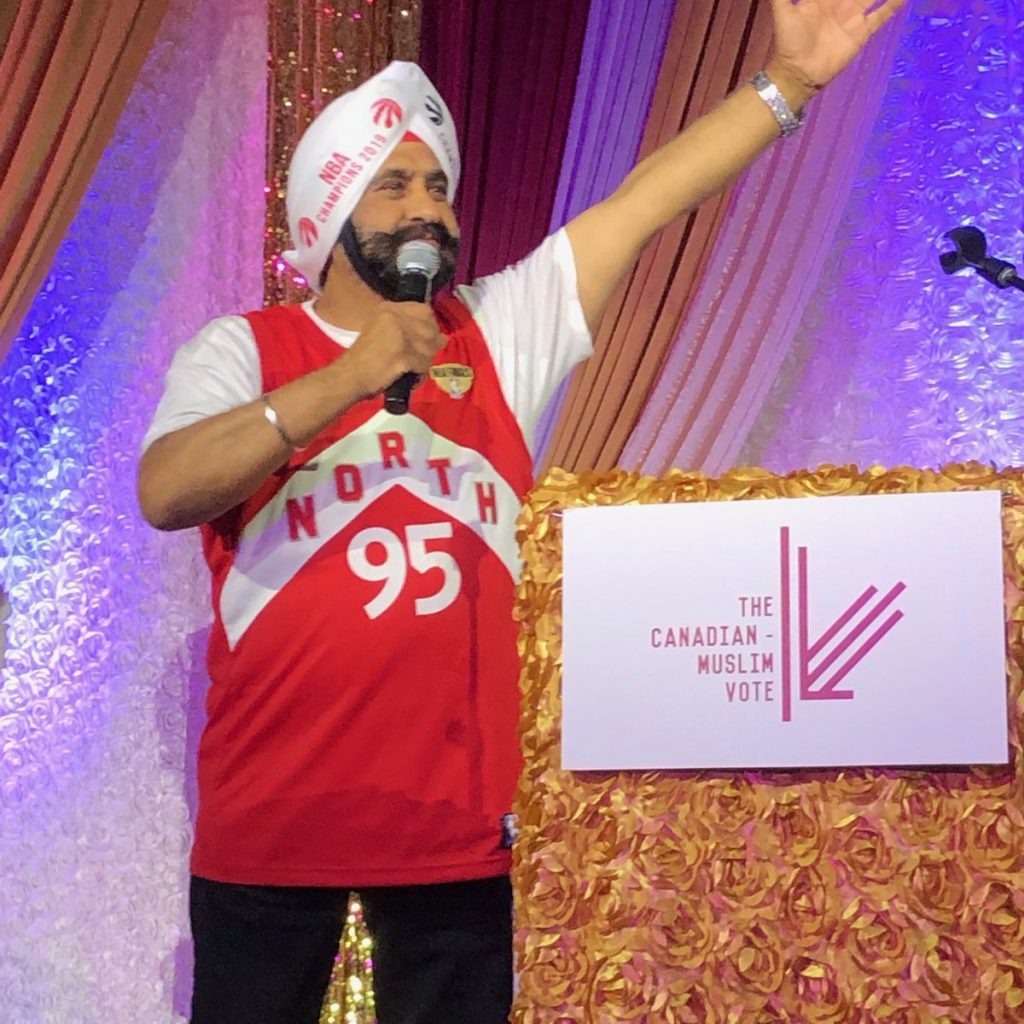 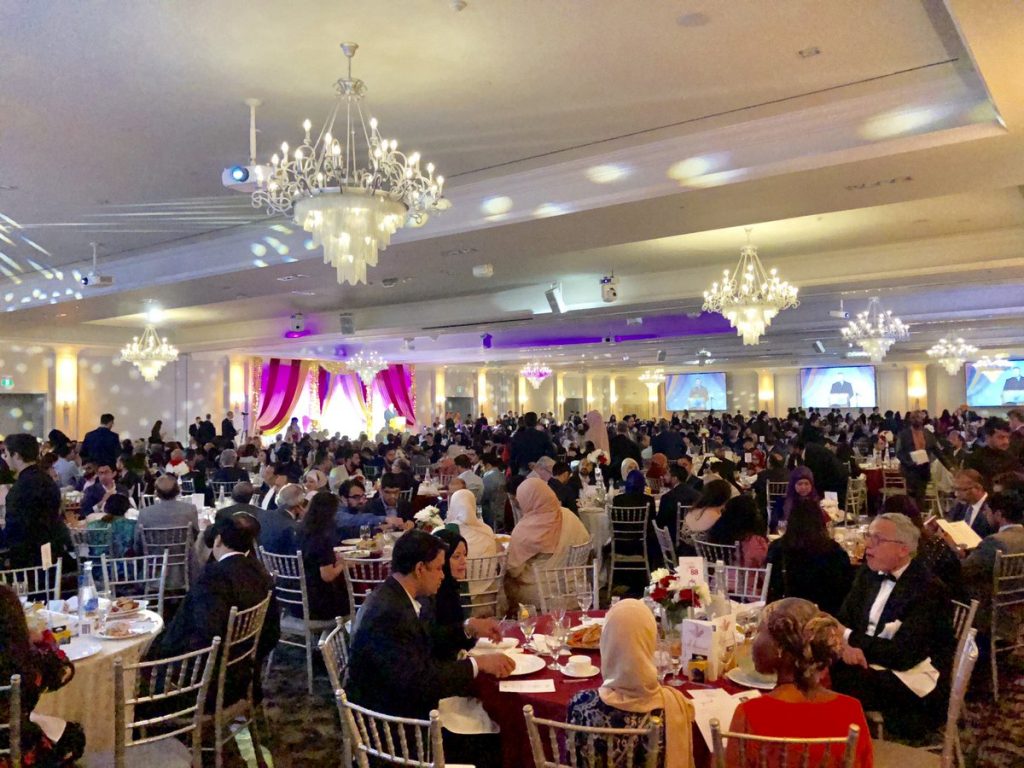