Mosques across Canada opened their doors on Saturday, November 10th and welcomed their neighbours on a day designated as Visit My Mosque Day.

“In essence, Visit My Mosque Day is about opening a channel for Muslims and non-Muslims to interact, thus building bridges to a stronger Canada,” said Canadian-Muslim Vote (CMV), organizer of the event. “Through Visit My Mosque, we hope that questions are answered and connections are created.”

“A recent Gallup poll has shown that the more likely one is to know a Muslim, the higher chance that person has of expressing more positive feelings towards Muslims as a whole,” added CMV. “Visit My Mosque aims to battle Islamophobia by fostering an environment of open communication and engagement.”

Visit My Mosque Day is held annually in a number of countries including Australia, the United Kingdom, Norway and France.

The first ever Visit My Mosque Day in Canada took place on Sunday October 15, 2017. 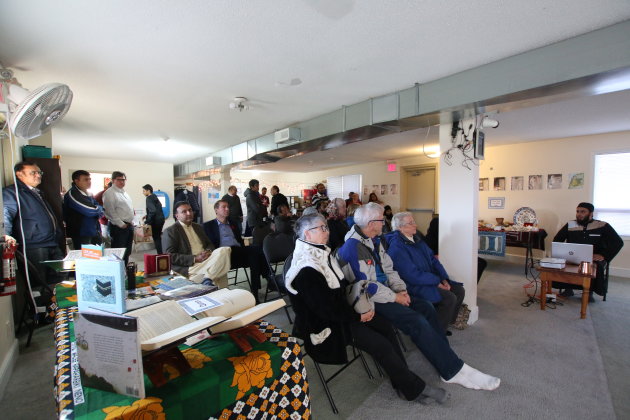 “As the Member of Parliament for Scarborough North, I am pleased to extend my warmest greeting to the organizers of the Canada-Muslim Vote’s Visit My Mosque Day,” said Shaun Chen, Federal MP for the riding of Scarborough North. “Today’s event is a occasion that encourages dignitaries, community and political leaders to visit their local mosques.”

“I am pleased today to visit the Islamic Foundation of Toronto, which has been a leader in promoting the important values of peace and harmony within our multicultural community of Scarborough,” he added. “As Canadians, we are truly blessed to live in a nation that embraces multiculturalism and inclusion.”

“Gatherings such as this one, are a reminder of how much stronger we are as a country because of our diversity.”

In many cities, Canadians came out to visit the mosques and learn more about their neighbours.

“It is an opportunity for both the Muslim community and neighbours of the mosque to engage and interact with the intention of overcoming racism, Islamophobia, and discrimination against any community,” said Ali Manek, the Executive Director of The Canadian-Muslim Vote.

“Despite the large wave of hateful and sometimes violent Islamophobic messages being leveled against our organization as well as the mosques on social media, we are excited to come together in solidarity and celebrate diversity with our friends and politicians with the goal of increasing democratic engagement.”