The Canadian Muslim Vote would like to see a Canadian flag in front of every mosque to foster better understanding between Muslims and their fellow Canadians and on Friday they launched their first flag raising ceremony at Jaffari Community Centre in Vaughan.

“We are a community that believe strongly, not only in our faith and its principles, but also in the need to contribute to the wider society through positive community engagement,” said Shabbir Jaffer, VP Islamic Shia Ithna Asheri Jamaat.

“Our Prophet always emphasized being good to our neighbors, to treat your neighbors as you would like to be treated ourselves,” added Jaffer. “This is one of the key values that we would like to think that we operate under.”

The mosque is the first to sign on to the flag raising campaign which the Canadian Muslim Vote would like to see expanded to other mosques across the country.

The Canadian Muslim Vote is a national, non-profit, non-partisan organization with the aim of increasing the participation of Canadian Muslims within the democratic process. 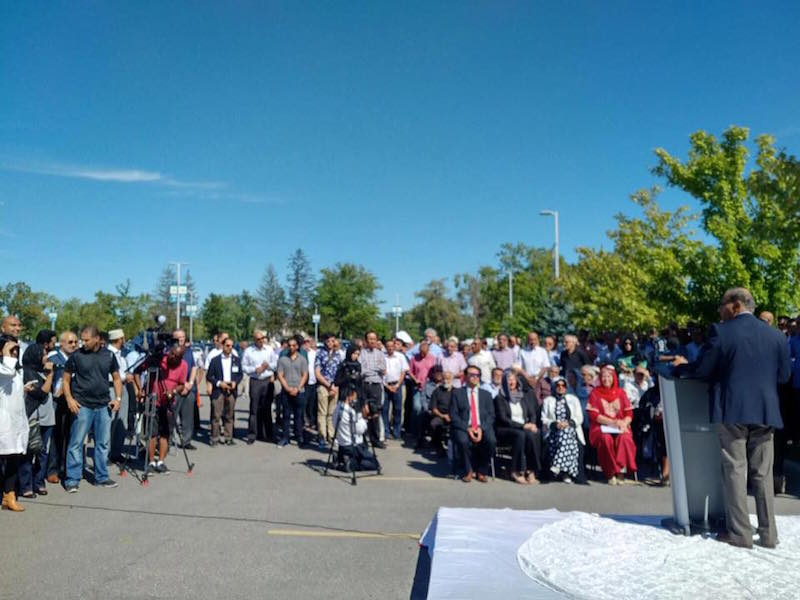 “It is critical for us to send that message to those outside the Muslim community, particularly those who harbor negative feelings towards Muslims, and demonstrate to them that being a Muslim and being a Canadian is one and the same,” said Muneeza Sheikh of the Canadian Muslim Vote.

The Canadian Muslim Vote says that they have 20 mosques in the Greater Toronto Area signed on to the campaign.