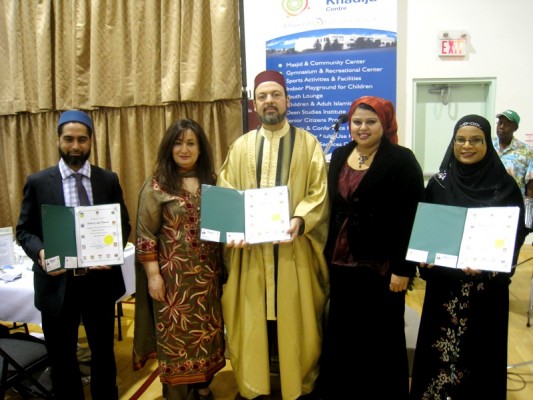 Canadian Senator, Salma Ataullahjan says that the Muslim community is a vital part of Canada and must be recognized for their contributions to the country.

She made the remarks at a fund raising dinner in support of the Brampton Civic Hospital on Saturday evening at the Sayeda Khadija Centre.

“Initiatives such as these demonstrate that the Muslim community is a vital part of the fabric of Canada and should be recognized as such,” said Senator Ataullahjan. “Your efforts contribute to building our community and this great nation.”

Senator Salma Ataullahjan was appointed to the Canadian Senate in 2010, after a prominent career in real estate, community service and politics. She is the first Pakistani-Canadian Pashtun Senator and sits on the steering committee on Human Rights. She has been recognized for sponsoring a study on the cyberbullying of children.

The Gala event was hosted by the Faith of Life Network in support of the Muslim Friends of Osler’s Campaign to raise $1 million for the Brampton Civic Hospital.

“Last year, you were so generous that not only you helped us raise tens of thousands of dollars and push Muslim Friends of Osler’s Campaign forward, but also helped us fulfill Faith of Life Network’s pledge to sponsor a room in Brampton Civic Hospital for $25,000,” remarked Dr. Hamid Slimi, President of the Faith of Life Network. “The pledge was fulfilled in approximately one year instead of five years thanks to your openhandedness and your earnestness.”

Brampton Civic Hospital is part of the William Osler Health System which is one of Canada’s largest community hospital corporations serving the growing and diverse communities of Brampton, Etobicoke and surrounding areas in the Greater Toronto Area (GTA).

Osler’s hospitals include Etobicoke General, Brampton Civic and the soon-to-be redeveloped Peel Memorial which together provide a comprehensive range of acute care, ambulatory and ancillary health services. Osler’s emergency departments are among the busiest in the province and its labour and delivery program is one of the largest in the GTA.

The Muslim Friends of Osler is an initiative that started from William Osler Health System Foundation’s South Asian Roundtable and members were appointed to the group to obtain support for the hospital from the Muslim community in the area.

The Muslim Friends of Osler made a $1 million pledge in 2007 to the William Osler Health Centre Foundation towards the construction of the new Brampton Civic Hospital. 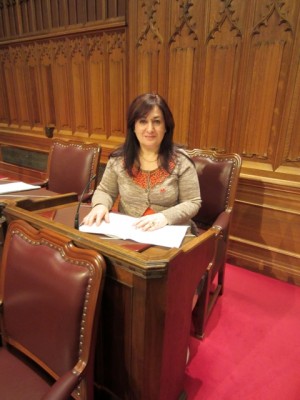 Senator Salma Ataullahjan, in her keynote address, reflected on the inclusiveness of Canada and encouraged the audience to uphold the universality of their religion through their contributions to good causes.

“When I represent Canada abroad people are often surprised to see me, a Muslim woman of Pakistani origin as a Canadian senator,” she said.” It is testament to the great country I reside in where we are judged by not by our ethnicity or place of origin.”

“Initiatives like this one for the Brampton Civic Hospital help us remember the universality of Islam where whoever saves one life is considered to save all of mankind,” she added. “As Muslims, it is important to contribute to the society we live in.”

She asked the audience to continue their support of the hospital and help the Muslim Friends for Osler achieve their Campaign goal.

“I am inspired by the large and active Muslim presence in the area exemplified by the Muslim Friends of Osler,” she said. “Through the efforts of this group funding has been donated to improve the building, education, research and patient care programs at the three hospital sites.”

“I encourage you all to do your utmost to support the goal of the Muslim Friends of Osler.”

The Muslim Friends of Osler Campaign has, so far, raised $700,000 towards their $1 million pledge for the hospital.

The Faith of Life Network Gala on Saturday evening raised approximately $35,000 according to Dr. Hamid Slimi.

“What a wonderful opportunity to be able to make a difference in the lives of thousands of people just by pulling ourselves together and contributing with our donations like drops of rain that join each other to give life to earth and what comes out of it,” added Dr. Slimi.