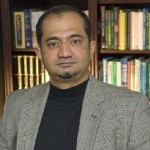 Muslims and Christians together constitute over fifty percent of the world and if they lived in peace, we will be half way to world peace. One small step that we can take towards fostering Muslim-Christian harmony is to tell and retell positive stories and abstain from mutual demonization.

In this article I propose to remind both Muslims and Christians about a promise that Prophet Muhammed (pbuh) made to Christians. The knowledge of this promise can have enormous impact on Muslim conduct towards Christians. Muslims generally respect the precedent of their Prophet and try to practice it in their lives.

The Promise to St. Catherine’s Monastery:

“This is a message from Muhammad ibn Abdullah, as a covenant to those who adopt Christianity, near and far, we are with them.

Verily I, the servants, the helpers, and my followers defend them, because Christians are my citizens; and by Allah! I hold out against anything that displeases them.

No compulsion is to be on them. Neither are their judges to be removed from their jobs nor their monks from their monasteries. No one is to destroy a house of their religion, to damage it, or to carry anything from it to the Muslims’ houses.

Should anyone take any of these, he would spoil God’s covenant and disobey His Prophet. Verily, they are my allies and have my secure charter against all that they hate.

No one is to force them to travel or to oblige them to fight. The Muslims are to fight for them. If a female Christian is married to a Muslim, it is not to take place without her approval. She is not to be prevented from visiting her church to pray.
Their churches are to be respected. They are neither to be prevented from repairing them nor the sacredness of their covenants.

No one of the nation (Muslims) is to disobey the covenant till the Last Day (end of the world).”

The first and the final sentence of the charter are critical. They make the promise eternal and universal. Muhammed asserts that Muslims are with Christians near and far straight away rejecting any future attempts to limit the promise to St. Catherine alone. By ordering Muslims to obey it until the Day of Judgment the charter again undermines any future attempts to revoke the privileges. These rights are inalienable. Muhammed declared Christians, all of them, as his allies and he equated ill treatment of Christians with violating God’s covenant.

A remarkable aspect of the charter is that it imposes no conditions on Christians for enjoying its privileges. It is enough that they are Christians. They are not required to alter their beliefs, they do not have to make any payments and they do not have any obligations. This is a charter of rights without any duties!

The document is not a modern human rights treaty but even thought it was penned in 628 A.D. it clearly protects the right to property, freedom of religion, freedom of work, and security of the person.

I know most readers, must be thinking so what? Well the answer is simple. Those who seek to foster discord among Muslims and Christians focus on issues that divide and emphasize areas of conflict. But when resources such as Muhammad’s promise to Christians is invoked and highlighted it builds bridges. It inspires Muslims to rise above communal intolerance and engenders good will in Christians who might be nursing fear of Islam or Muslims.

When I look at Islamic sources, I find in them unprecedented examples of religious tolerance and inclusiveness. They make me want to become a better person. I think the capacity to seek good and do good inheres in all of us. When we subdue this predisposition towards the good, we deny our fundamental humanity. In this holiday season, I hope all of us can find time to look for something positive and worthy of appreciation in the values, cultures and histories of other peoples.

*Dr. Muqtedar Khan is Director of Islamic Studies at the University of Delaware and a fellow of the Institute for Social Policy and Understanding.