A Muslim non-profit organization, Yusuf’s Day of Hope, has raised $220,000 over the past 13 years to support Toronto’s Hospital for Sick Children and to honor Yusuf Ally, a young child who suffers from a rare genetic disorder.

“Over the 13 years, this annual one-day outdoor family style picnic event has so far raised an astonishing total of just over $220,000 – all of which is donated to the Complex Care Initiative. Jazaa kumullaahu khairaa for your generous support, much appreciated.”

Yusuf’s Day of Hope raises funds to support the Norman Saunders Complex Care Initiative at the Hospital for Sick Children in Toronto.

It is their hope that this small initiative will be a way to give back to the hospital, and bring awareness of the tremendous work the Norman Saunders Complex Care Initiative at the Hospital for Sick Children is doing.

Every summer, friends, family come together for Yusuf’s Day of Hope picnic.

The event is a fun way for the community to come together to thank and to raise fund for the Hospital for Sick Children. 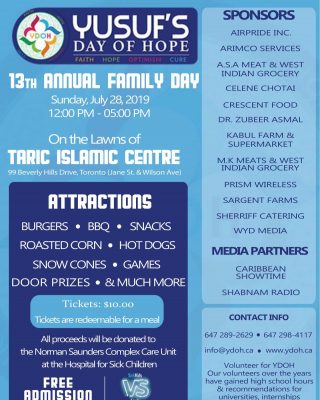 Within weeks of being born, Yusuf was diagnosed with Klebsiella Meningitis, an inflammation caused by bacteria that affects the protective covering of the central nervous system.

He was treated at Toronto’s Hospital for Sick Children (SickKids), but during his stay additional serious conditions developed.

His life is anything but normal, as he spends a significant amount of time in the hospital battling one complication after another.

After countless admission to the ICU and his progression to Palliative Care, Yusuf’s doctors did a trial treatment as part of their humanitarian effort that made an incredible difference in his life. As a result of this treatment, Yusuf is now at home with his family.

In 2016 Yusuf underwent another one of his many surgeries and spent four months in hospital due to complications and his need for rehabilitation.

He still goes to SickKids every couple of weeks for a transfusion and treatment but despite his complexity, he remains a happy and playful child. 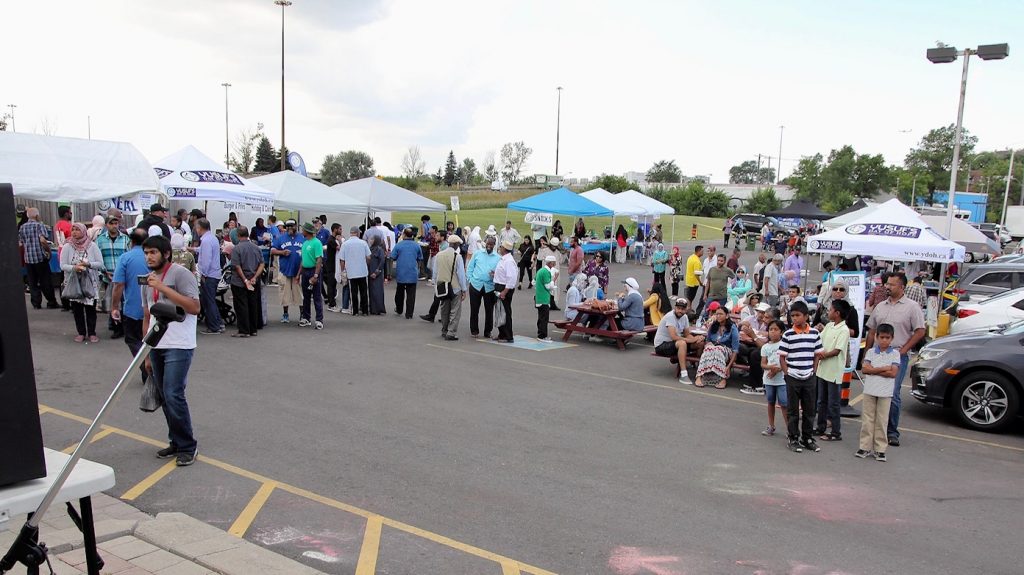