The central mosque in Toronto, Masjid Toronto, held its first Ramadan Interfaith Iftar on Wednesday, May 15th and leaders of neighborhood churches and synagogues, as well as other religious leaders, joined the congregation to break the fast.

“Ramadan Mubarak everyone! It’s a pleasure to have with us tonight, our neighbors and our friends,” said Imam Dr. Wael Shehab in his welcoming remarks. “Brothers and sisters, in the past few weeks, houses of worship of the Jewish, Christian, and Muslim communities around the world were attacked.”

“Now, we realize, more than anytime before, that our enemy is one; those are the people who promote and trade in hate. As such, we must counter hate, and together we’ll do so, God Willing.”

“Respected brothers and sisters, one of the meanings of fasting in Ramadan is that it connects Muslims with all faith communities,” added Dr. Shehab. “Allah, God Almighty, says in Chapter 2, verse 183, of the Qur’an, ‘O Believers, fasting is prescribed for you as it was prescribed for those who came before you so that you would attain consciousness of God.’

Muneeb Nasir, Co-Chair of the National Muslim Christian Liaison Committee and a Muslim religious leader, told the gathering that experiencing each other’s ways of observing their faith is important in building understanding among religious communities.

“Allah, God Almighty, in the Qur’an, states that He has created humanity into nations and tribes ‘so that you may know each other’”, said Muneeb Nasir.

“Knowing each other, in our context and turbulent times, must go beyond knowing each other through the 101-type literacy courses, readings and lectures,” he added.  “We are being called to come out of our tribes and engage with each other and experience each other’s ways of living out our faith.”

“Tonight’s Interfaith Iftar is one such occasion to learn and know each other.”

For many of the faith leaders, it was their first experience of an Iftar dinner in a mosque.

“It was my first Iftar dinner and what a feast it was,” remarked Reverend Sherman Hesselgrave of the Church of the Holy Trinity. “It was inspiring, too, to see so many people gathered for prayer and Iftar.”

“And what a relief that we were not gathered because of yet one more atrocity somewhere in the world.”

Earlier in the evening, Muneeb Nasir spoke about how Muslims practice fasting and what it means to them.

“There is a rich communal aspect to fasting in Islam,” he added. “The Iftar meal is a chance for family and communal gatherings – people coming together to share a meal, at the most sacred time of the day, strengthens the bonds of fraternity in the community, as well as with others in our society.”

Nasir spoke of the importance of the Qur’an to worship during the month of Ramadan.

“Life in this month is punctuated by the Qur’an – the sounds of the Qur’an fill our mosques and homes; we engage with the Qur’an, personally, and through listening to its recitation in collective prayers in the mosque,” he noted.

Every Friday, thousands of worshipers attend one of the three weekly prayer services. 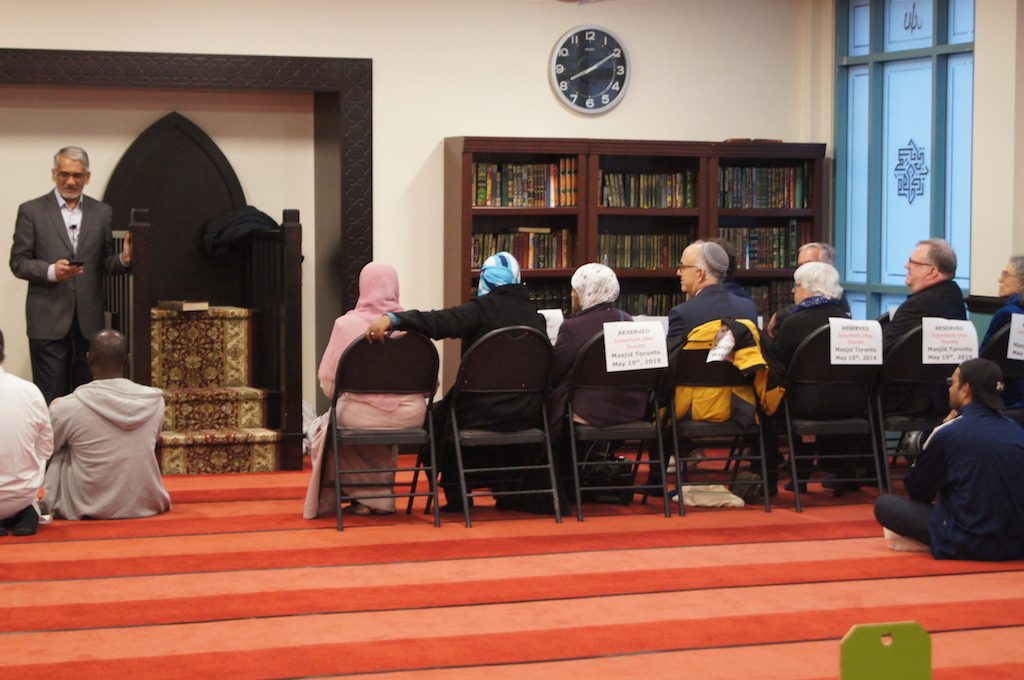 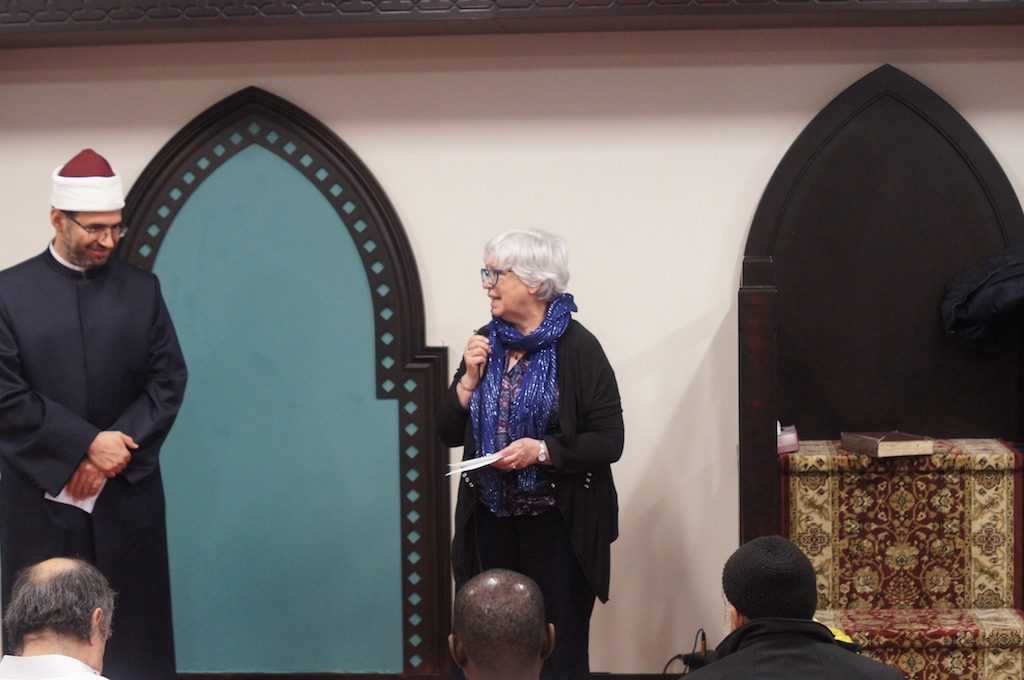 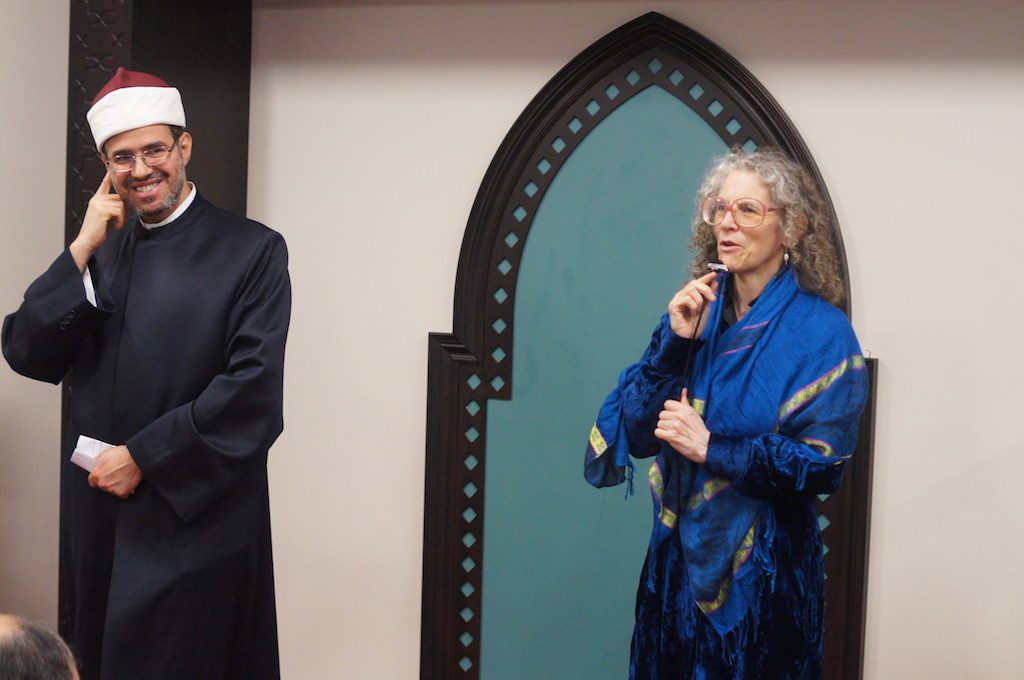 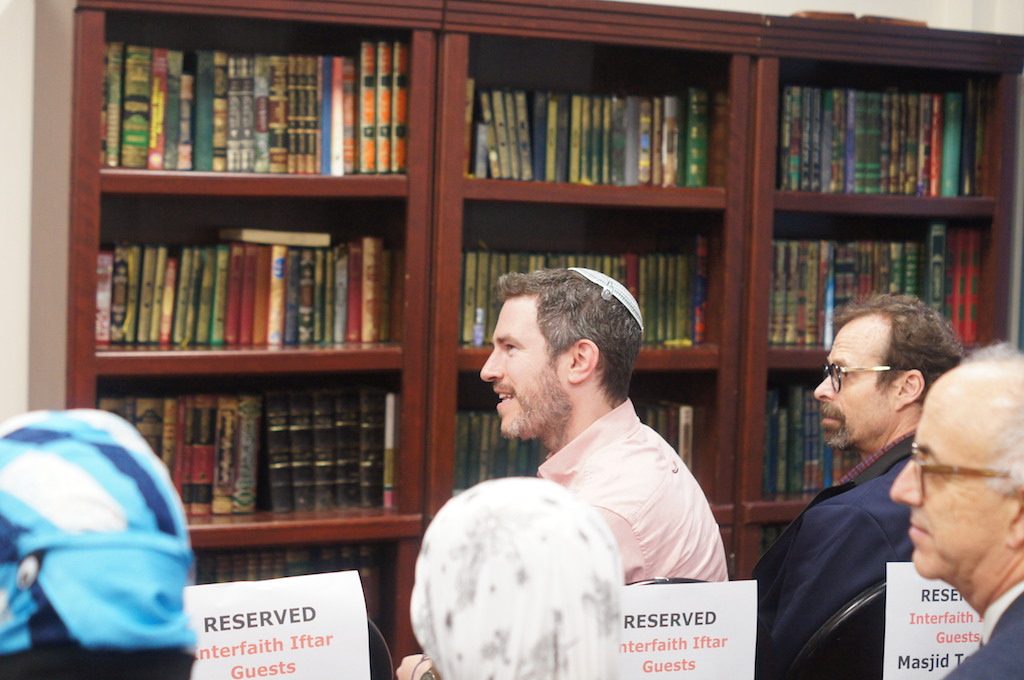 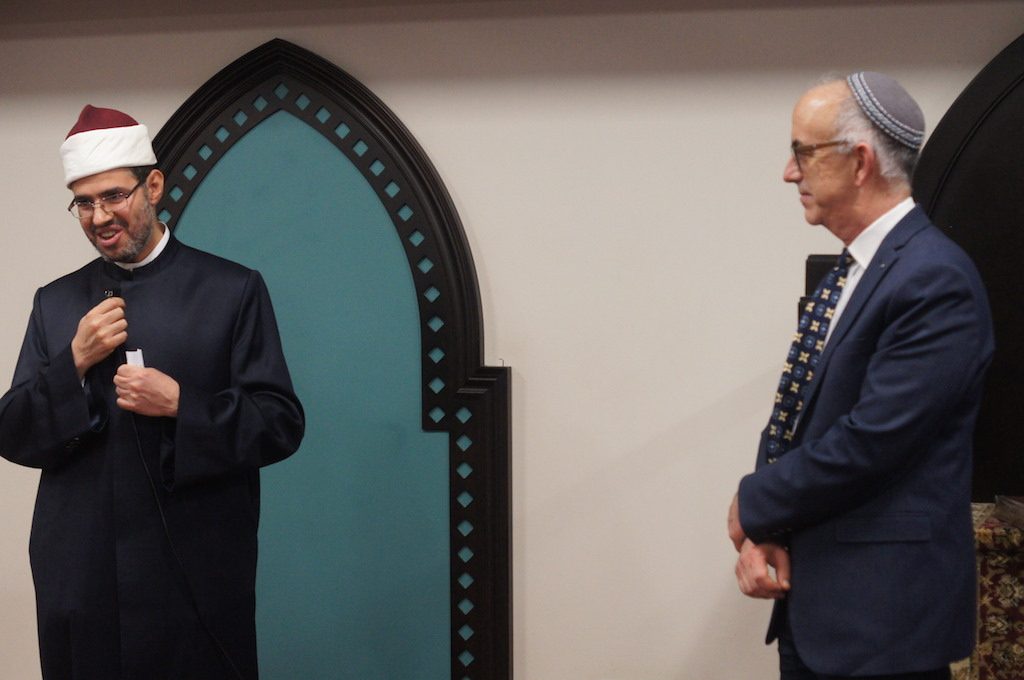 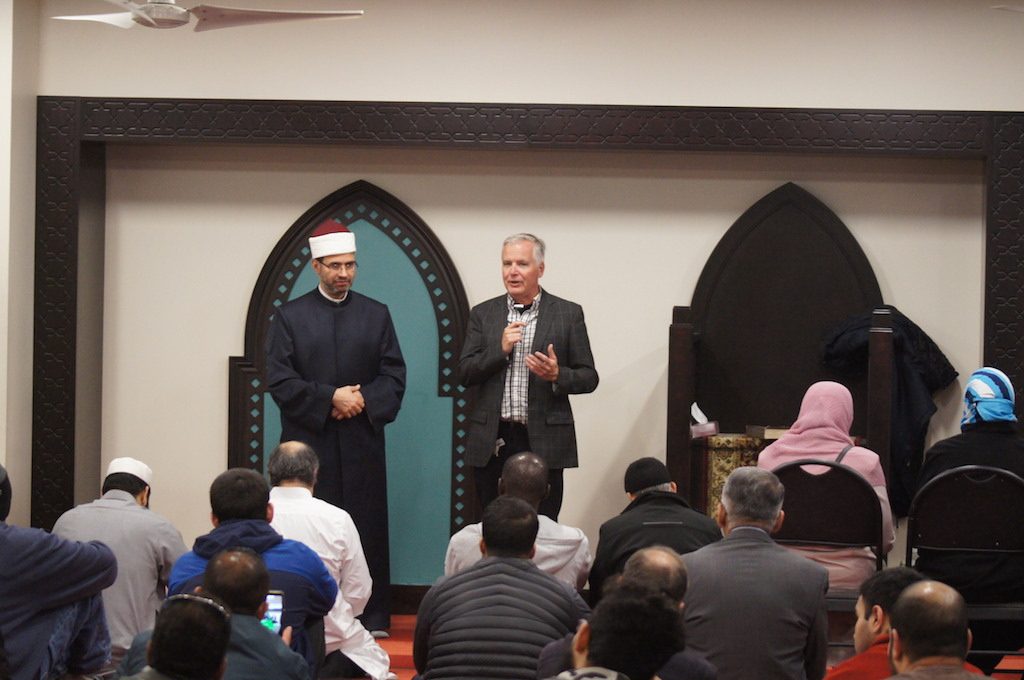 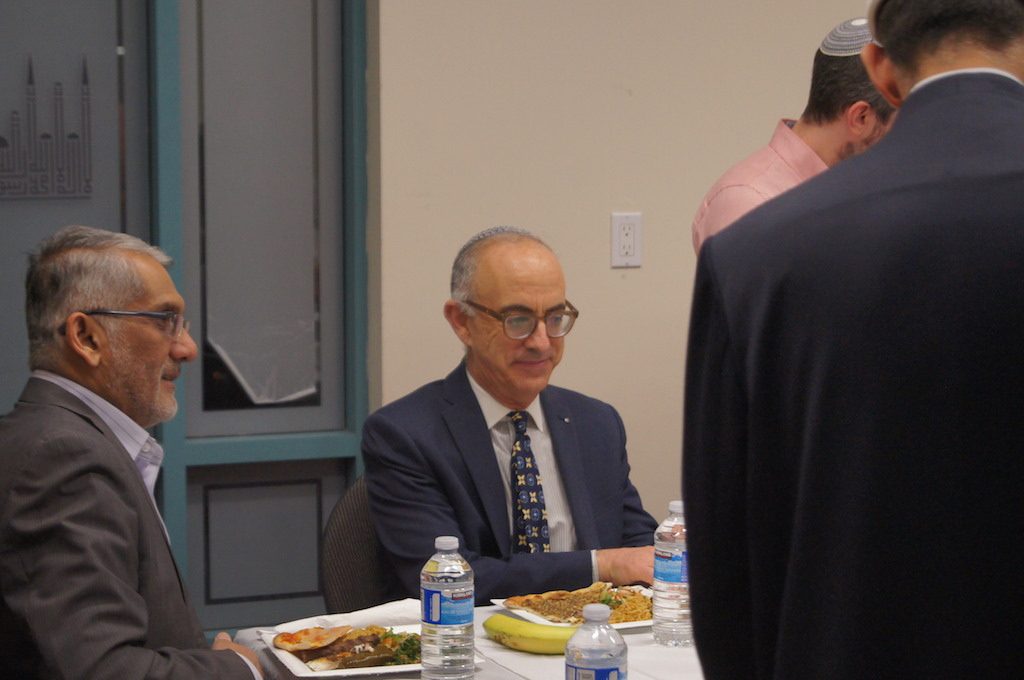 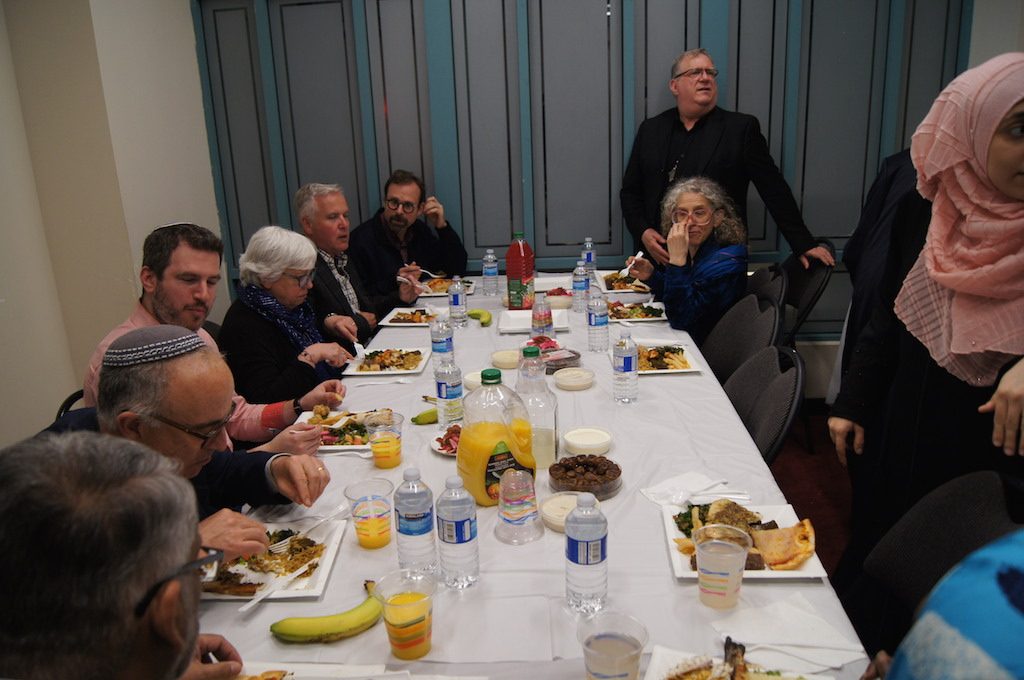 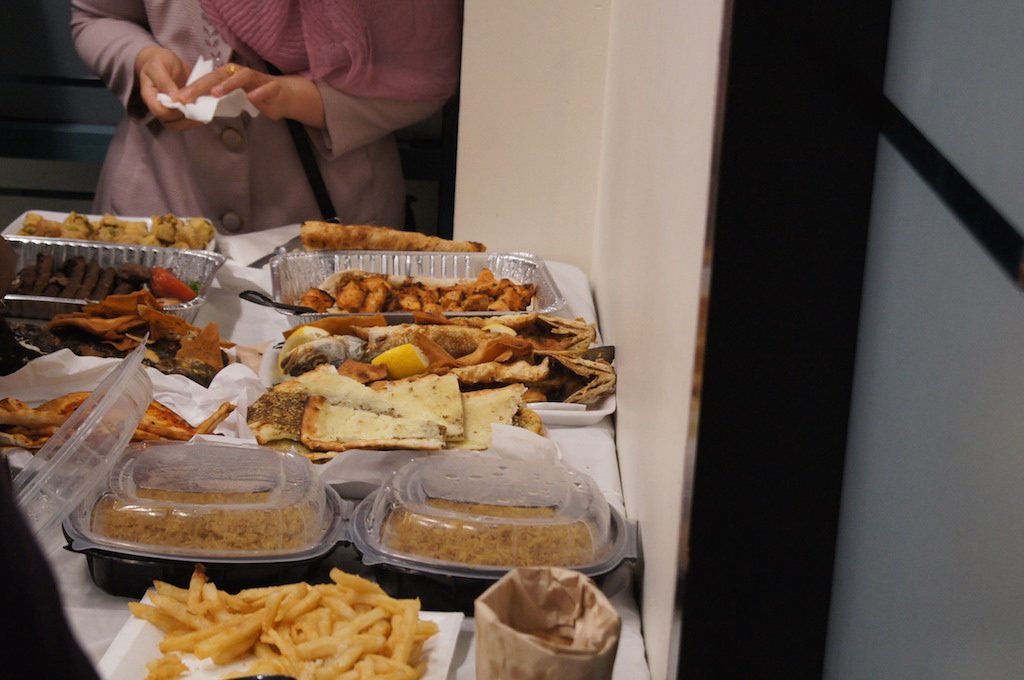 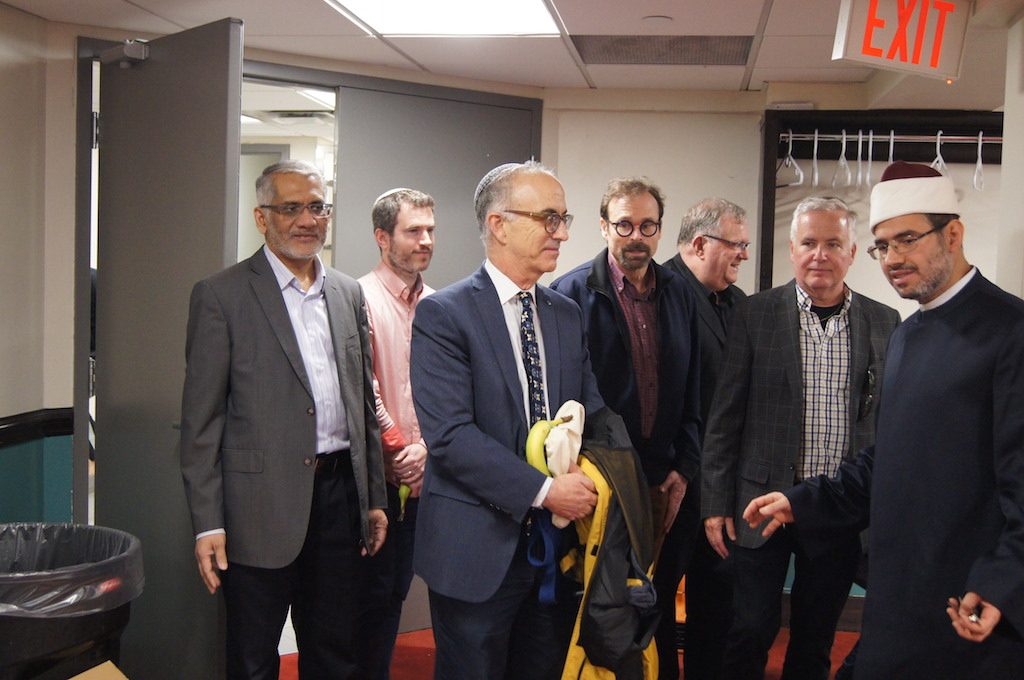