(TORONTO) – The City of Toronto commemorated Ramadan on Tuesday, May 7th with an Iftar dinner hosted by Mayor John Tory in the Council Chambers for Muslim leaders, activists and faith leaders. 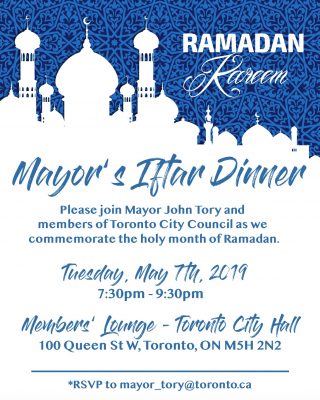 “I want to extend my best wishes to you, Ramadan Mubarak on the occasion of the beginning of the holy month of Ramadan,” said Mayor John Tory in his speech to the gathering. “It is an interfaith event that we are having tonight and I would like to thank those who have joined from churches across the city and who are showcasing their support for this community.”

“I think it is so important that we celebrate each other’s special occasions and come to understand what they are all about.”

In his welcoming remarks, community activist Kofi Achampong spoke of the significance having an Iftar in City Hall.

“To facilitate an event like this where we are sitting literally in the halls of elected office to break the fast with Muslim and non-Muslim friends alike is significant,” he said. “I want to thank Mayor John Tory and his staff for hosting us today and for allowing us to share aspects of fasting in Ramadan.”

The mayor announced to an appreciative audience that he was fasting as a show of respect for the Muslim community.

“For the first time ever in my life I fasted from when I went to sleep last night till now,” he said. “It is something that I think I have come to understand from attending Iftar dinners, and other occasions in the community, that people are encouraged to better themselves, to become more compassionate for the less fortunate and to understand the meaning of sacrifice and I think it does do all of that.” 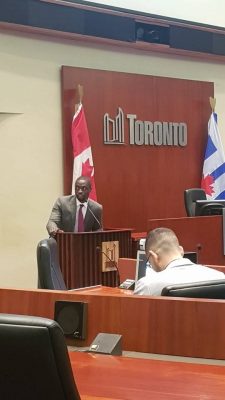 “I did it for the respect for the faith of many of you and my respect and affection for the community that I have gotten to know so well over the time I have the privilege to be mayor,” added Mayor Tory. “I have seen the incredible devotion to the community by members of this faith. Last year at Iftar dinners, I saw fundraising for a hospital in Thorncliffe Park, I saw food being collected for the needy at a mosque in Scarborough, and every time and this is an untold story, the community as part of their commemoration of Ramadan, is making a contribution to the broader community.”

As the Mayor’s Iftar was taking place in the council chambers, a public iftar was being held in Nathan Philips Square outside the city hall. The event organized by the Northern Lights Relief Foundation was titled, ‘Sharing Ramadan with Toronto’ and included a free dinner, performances and exhibitions.

Mayor John Tory in his speech denounced the recent hate crimes against the Jewish, Muslim and black communities.

“There is a need for great vigilance with respect to the incidences of discrimination and, in some cases, hate crimes,” he said. “A hate crime report came out about a week or so ago from the police services and it showed that hate crimes have gone up and the three groups that continue to be most prevalent victims of hate crimes are the Jewish community, the Muslim community and the Black community.”

A recent report by Statistics Canada of police-reported hate crimes in 2017 showed a disturbing spike in hate crimes generally (47% increase), as well as for crimes specifically targeting Muslims (up 151%).

“I am going to redouble my own personal efforts, and I know my colleagues are as well, to make sure we do every thing we can to have those people understand who insist on perpetrating these kinds of activities that it is completely unacceptable and against every aspect possible of our way of life,” said Mayor Tory. 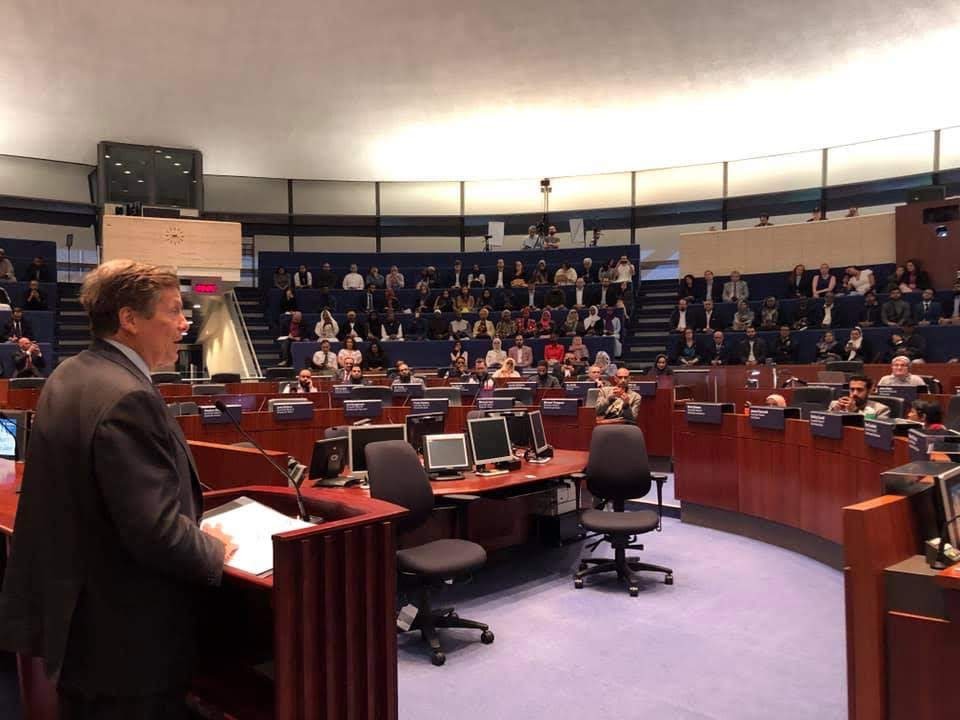 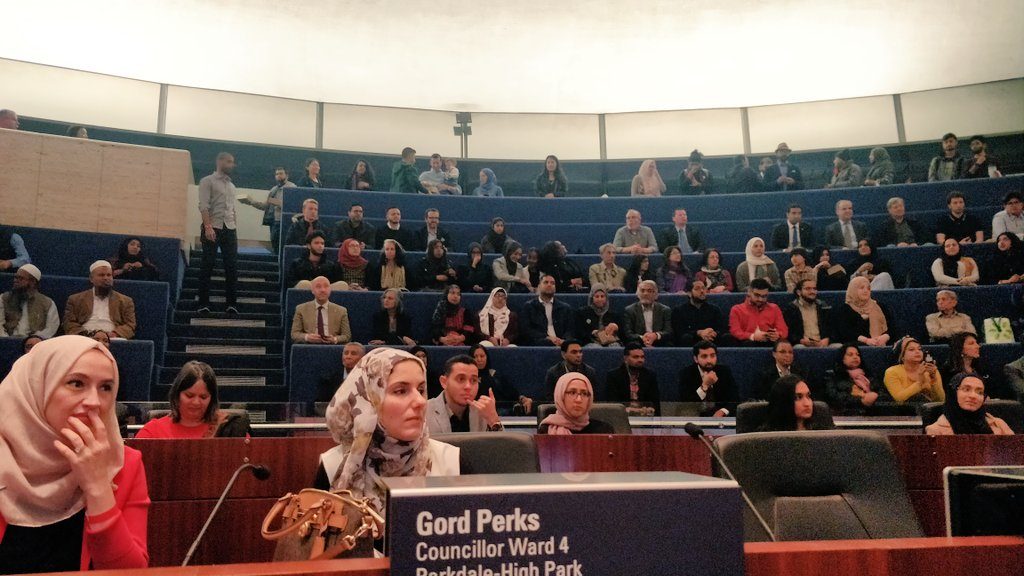 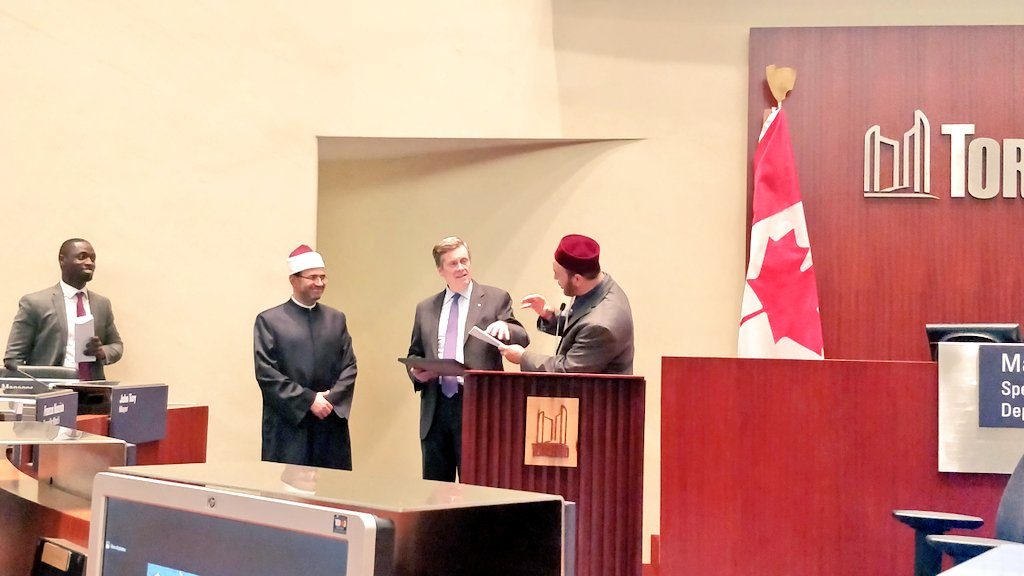 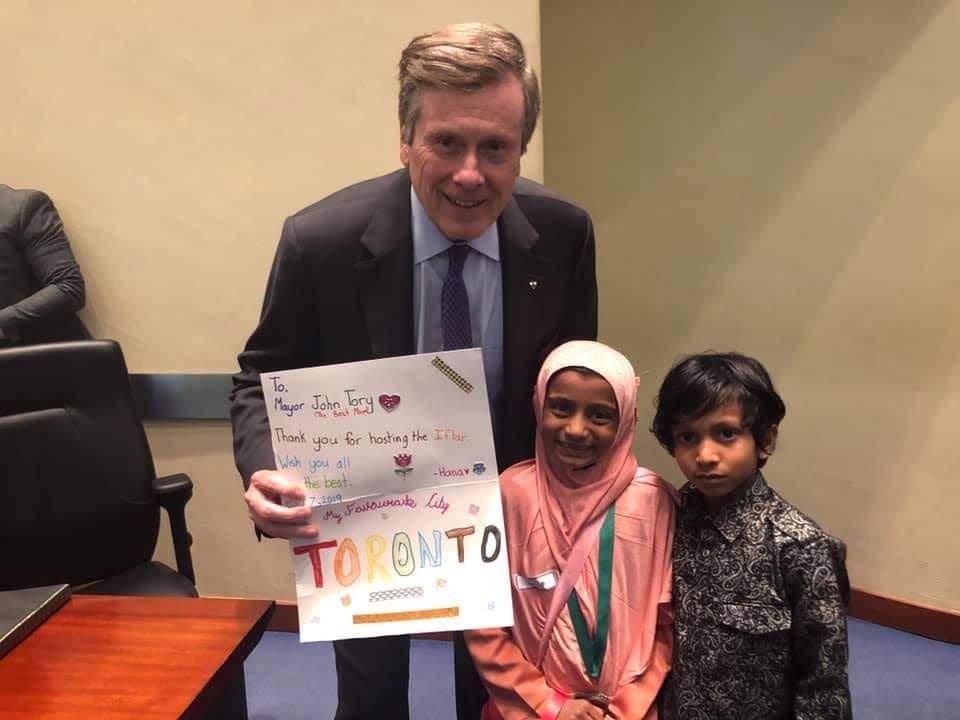 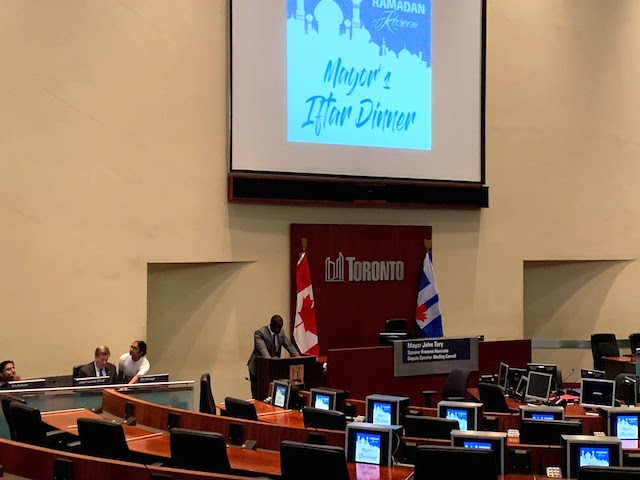 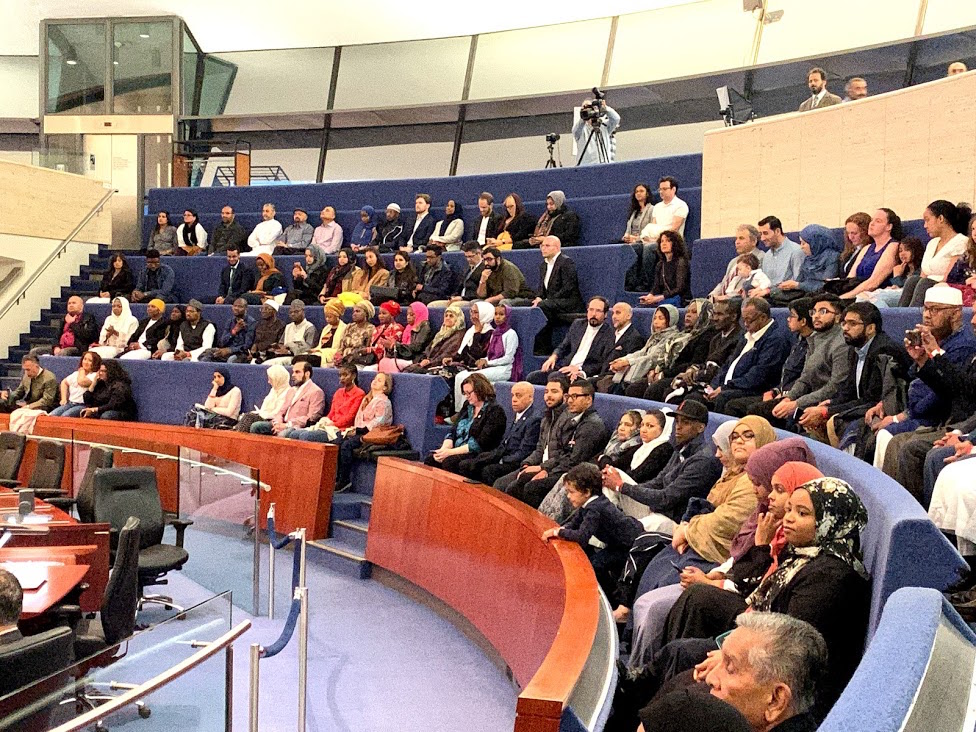 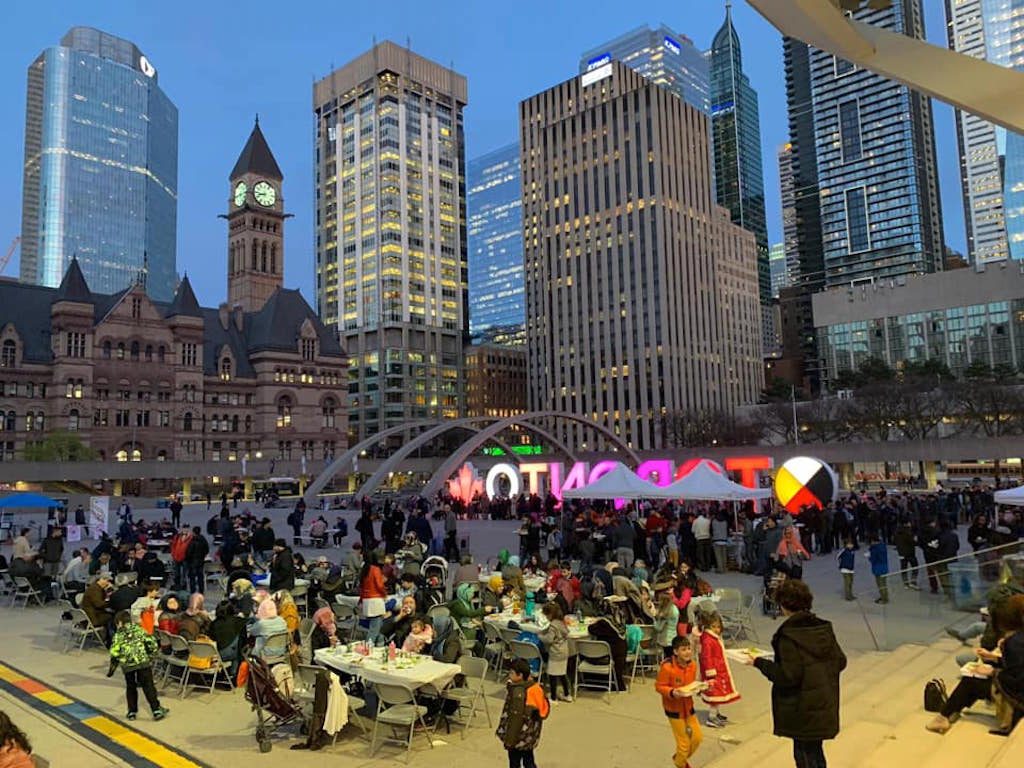