‘Finding Light In Times of Darkness: Christian, Muslim and Jewish Communities in Harmony’ was the theme of an interfaith gathering of Jews, Christians and Muslims held on Thursday, February 7th at Congregation Darchei Noam in Toronto to celebrate Black History Month and World Interfaith Harmony Week.

“In the darkness of turbulent times, on a cold winter evening, we’ll set the hall ablaze with uplifting singing, music, dancing and stories,” stated the organizing committee.

And the program lived up to its billing as the audience was treated to an inspirational evening from representatives of the three Abrahamic faith communities.

“We are grateful to be here to learn from one another in this sacred space and sacred land and we acknowledge and honor the original settlers of this land,” said Rabbi Tina Grimberg of Congregation Darchei Noam in her welcoming remarks. “With you, I share this worthy path and walk towards a beautiful life which we desire to behold.”

Ahmet Tamirci, National Director of the Intercultural Dialogue Institute, spoke of the importance of having intercultural and interfaith engagement during difficult times. 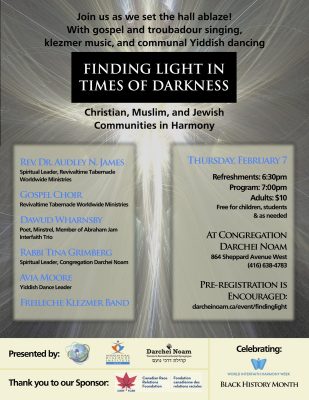 “I believe in the age of rising hatred and polarization in many parts of the world direct interaction between people of different races, religions and cultures is crucially important,” said Tamirci. “Even in our own country which prides itself for its diversity and respect for human rights we are not safe from those global trends unless we make a deliberate and consistent effort to promote dialogue and interaction between people.”

“Therefore, it is vital that we learn from each other and it is through personal encounters that we understand our common humanity and our shared aspirations and concerns,” he noted. “This makes tonight’s event even more special which allows us to learn from one another on how to find light in these dark times and it also reminds us of the blessings that we have in these dark times as well.”

Dawud Wharnsby, the well-known Canadian Muslim artist, poet and song-writer, reflected on the theme of the evening, ‘Finding Light in Times of Darkness.’

“Throughout history the moon has been used as a symbol in the Muslim tradition,” said Wharnsby. “The moon is that reflection of the divine light that guides us from darkness.”

“It is fitting that the very first hymn of the Muslim tradition is a hymn, which in our tradition we call An Nasheed, a spiritual song, Tala al Badru Alayna, which means the high moon shone upon us,” he added. “This song has a beautiful story that goes with it of the people of Yathrib welcoming the Prophet Muhammad to their city.”

Dawud Wharnsby is a member of Abraham Jam, a trio that uses song to celebrate mutual support and respect among Abrahamic traditions. He gave a captivating performance of Tala al Badru Alayna and the song “Between Darkness and Light” that was composed by Palestinian Manal Hreib and Israeli Daphna Rosenberg.

“Before I became a Rabbi I practiced marriage and family therapy,” said Rabbi Tina Grimberg in her closing remarks.  “I have learnt something that still sustains me – blood does not always make family.”

“Family is made by connection, by deep link that when you look into someone else’s eyes and you say, ‘I know you and I trust you and something between us, like a sacred bridge, is built and we can love one another and sustain and create something beautiful’.” 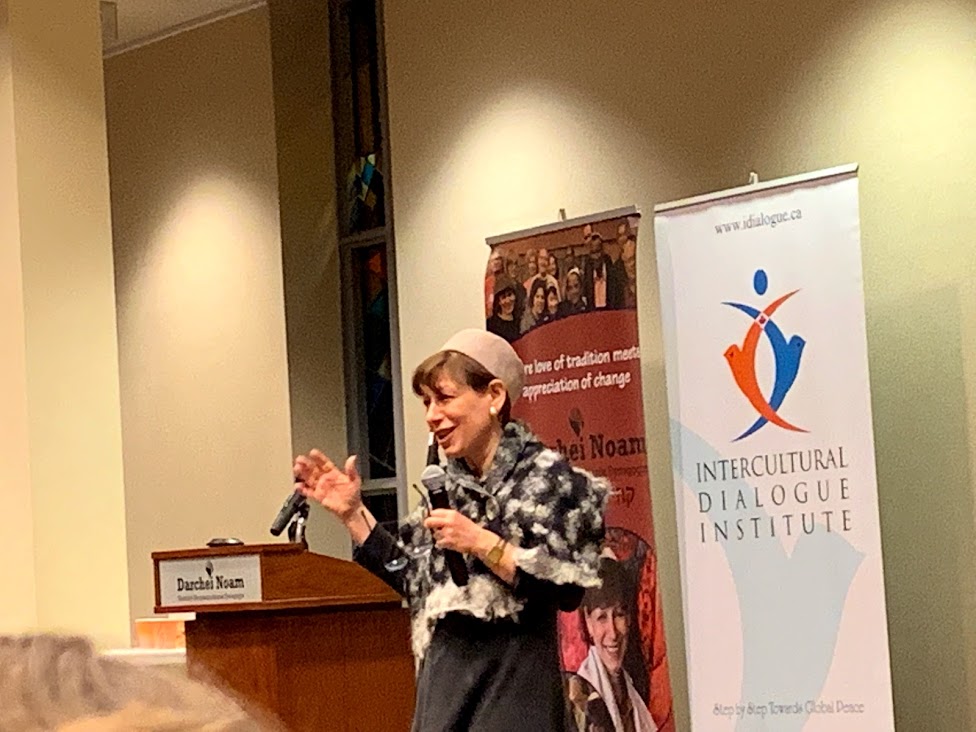 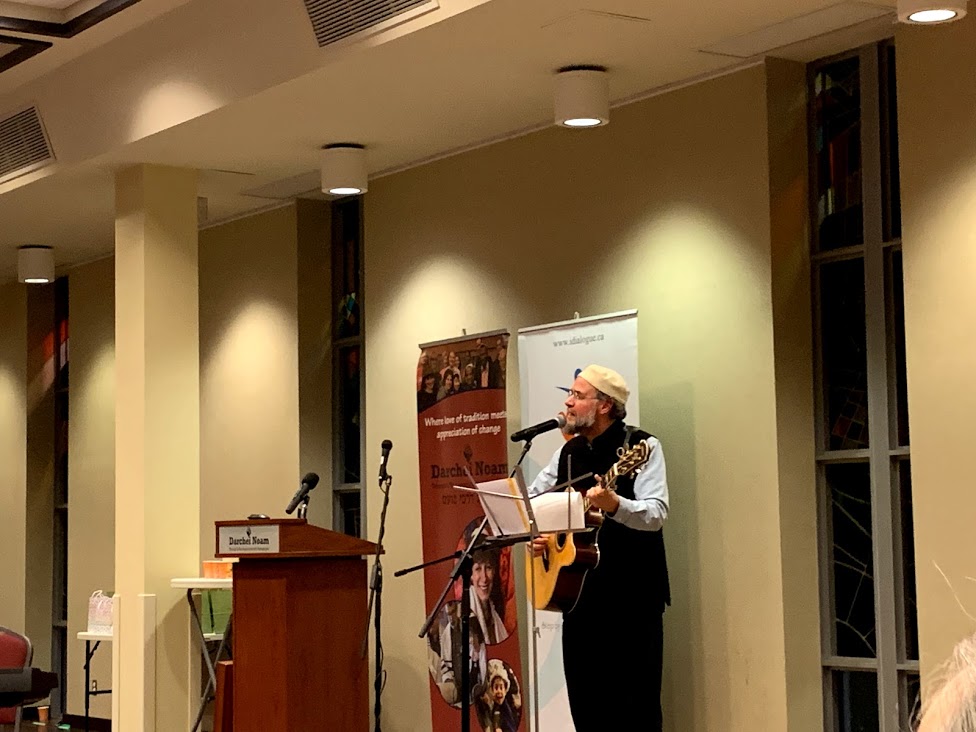 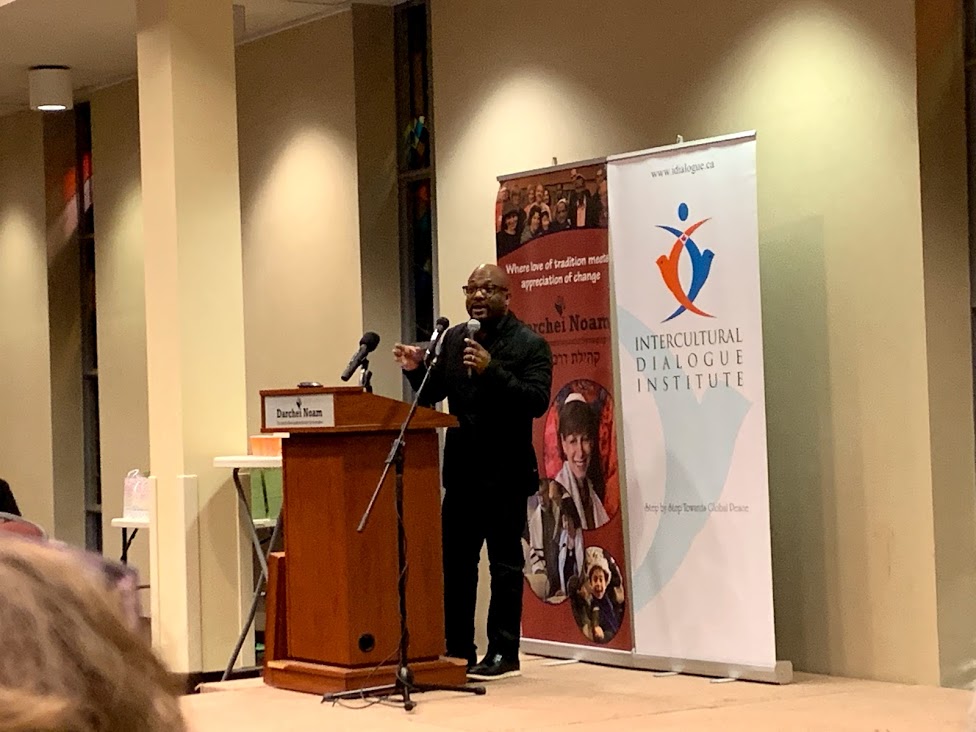 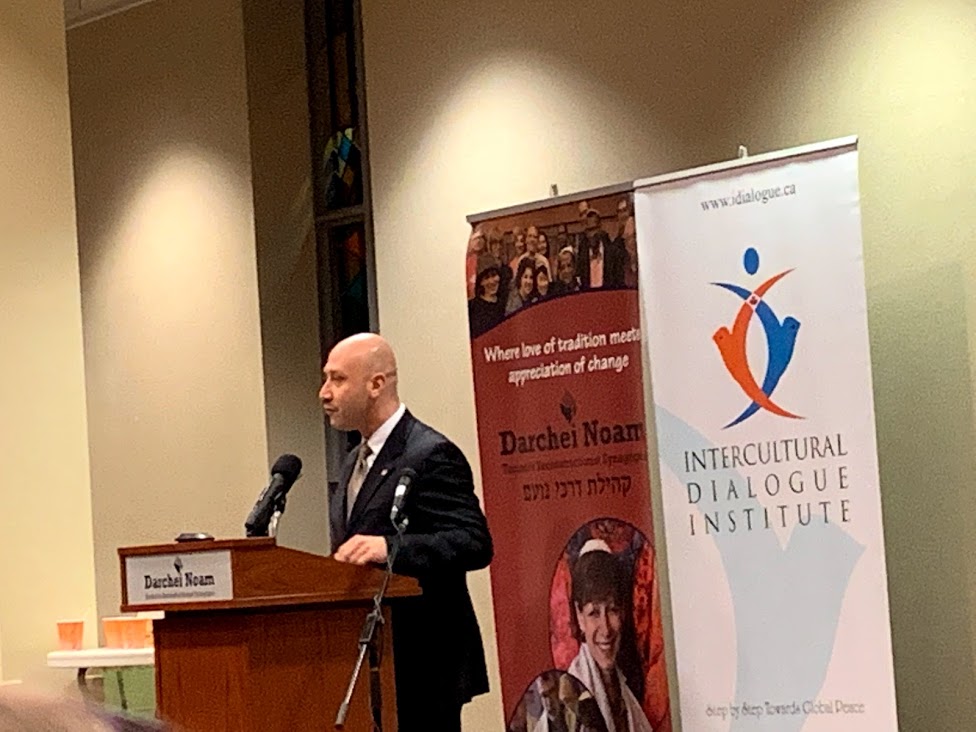