The Muslim community in Scarborough are well on their way to fulfilling a $250,000 pledge to the Scarborough Health Network (SHN).

“Last year we set an ambitious goal to raise $250,000 over five years. I am proud to say that, as of today, we have gotten $213,800 in pledges during the first year,” said Zuhair Syed of the Muslim Friends of the SHN organizing committee in his opening remarks at a recognition dinner held on Friday, January 18. ”And that has only been possible because of the generous contributions, the commitment and the willingness to listen that you in this audience have brought.”

The recognition event was held at the Centenary site of the Scarborough Health Network and was attended by Imams and leaders of Muslim organizations and mosques in Scarborough, as well as civic leaders, politicians and hospital officials.

“We are starting to see the fruits of the work that we started last year,” Syed added. “We began this campaign by asking ourselves – why can’t we get every mosque in east GTA and every group and organization, why can’t we get them under one banner and a united platform and find a way to give back to the hospital on behalf of the Muslim community. So the question of why can’t we? – became – why not? – to let’s get it done.”

Michael Mazza, President and Chief Executive Officer of Scarborough Health Network Foundation, told the community leaders of the needs of the hospitals in Scarborough and the importance of the community supporting them.

A broad spectrum of patient-centred care is delivered from three hospital sites in Scarborough – General, Birchmount and Centenary campuses – and eight satellite sites.

“We offer full-service emergency departments, diagnostic, surgery, rehabilitation, and geriatric care, as well as advanced birthing centres for moms, newborns, and growing families,” notes the SHN.  “We are leaders and partners in specialty paediatric, mental health, and oncology services.” 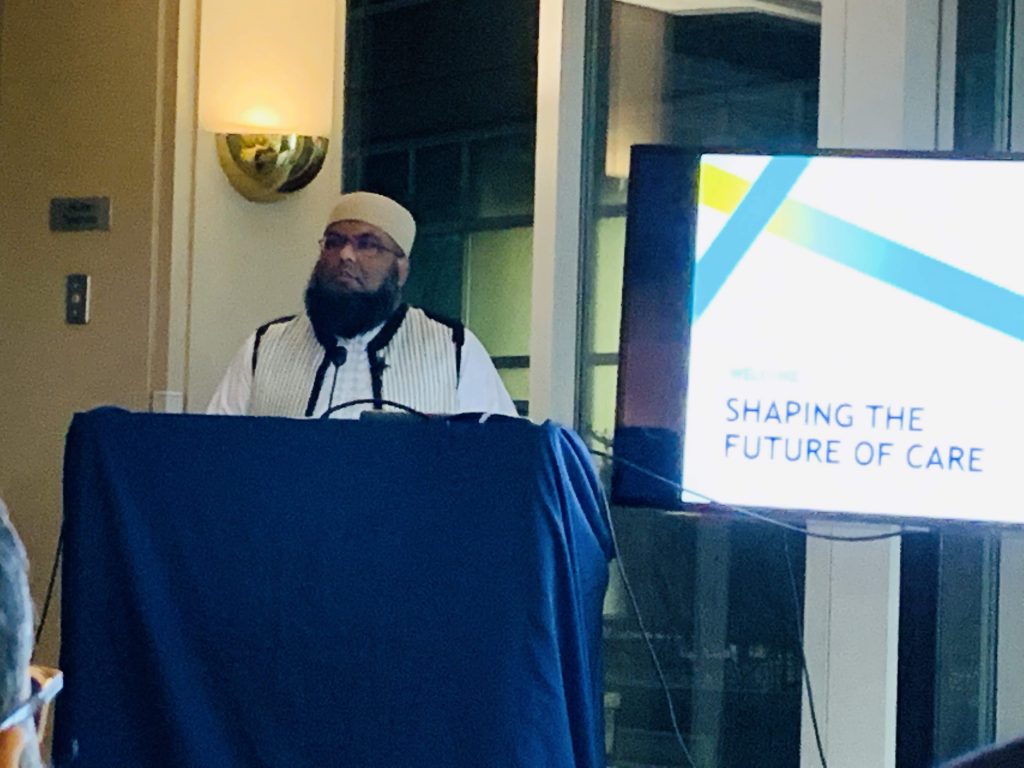 Shaykh Imran Ally, Imam of the TARIC Islamic Centre, commended the Scarborough mosques and organizations for joining hands to support the hospitals.

“My dear esteemed gathering, you have already started this campaign; we did a similar campaign for Humber River Hospital and it continues,” Shaykh Imran Ally told the gathering. “To have this term – Muslim Friends of the Hospital – you don’t know how your community feels precious when they see the mosques, and Islamic Centres, and organizations working together.”

“I see what it has done for mosques, Islamic centres and organizations to work together – how formidable they can be.” 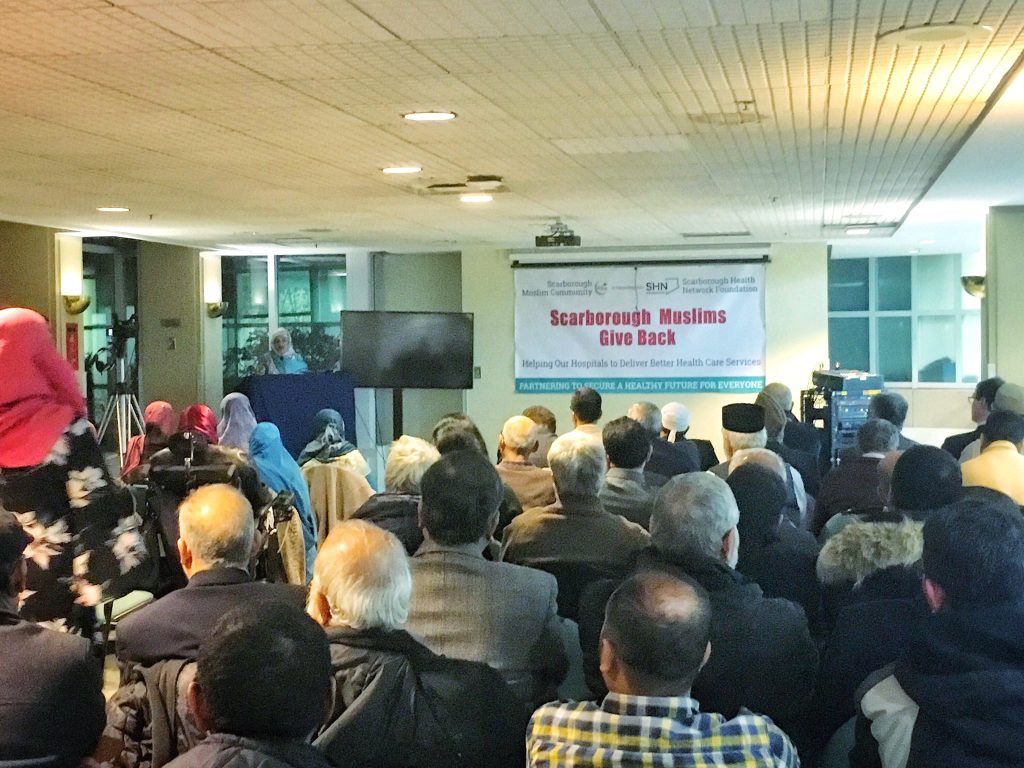