Muslims across the world will commemorate Earth Day on Friday, April 19, 2019 with the Green Khutbah Campaign as religious leaders deliver a sermon to raise awareness on the environmental challenges facing humanity.

“We are encouraging mosques, schools, universities and Islamic Institutions to devote their Friday Khutbah to celebrate the blessings, graces and beauty of all of God’s creation and to raise awareness on the environmental challenges facing humanity,” said Muaz Nasir, the publisher of the Canadian environmental website, Khaleafa.com and one of the founders of the Campaign.

“This year the theme of the Green Khutbah Campaign is ‘Climate Change: Working Together to Solve a Global Challenge’ whereby we encourage Muslims to evaluate their contribution towards global warming and consider the implications for current and future generations,” Nasir added. 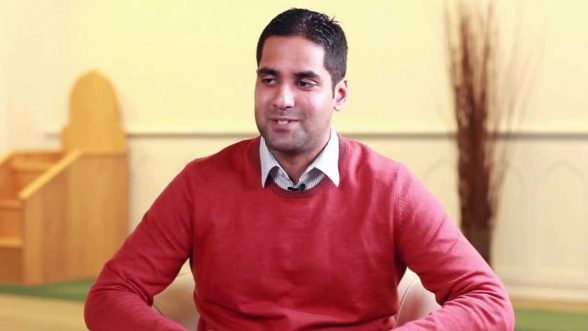 “Leading climate scientists now believe that a rise of two degrees centigrade in global temperature, which is considered to be the “tipping point”, is now very unlikely to be avoided if we continue with business-as-usual; other leading climate scientists consider 1.5 degrees centigrade to be a more likely “tipping point””, according to the Islamic Declaration on Global Climate Change released last year.

“This is the point considered to be the threshold for catastrophic climate change, which will expose yet more millions of people and countless other creatures to drought, hunger and flooding. The brunt of this will continue to be borne by the poor, as the Earth experiences a drastic increase in levels of carbon in the atmosphere brought on in the period since the onset of the industrial revolution.”

Last October the UN Intergovernmental Panel on Climate Change (IPCC) issued a report that says the planet will reach the crucial threshold of 1.5 degrees Celsius (2.7 degrees Fahrenheit) above pre-industrial levels by as early as 2030, precipitating the risk of extreme drought, wildfires, floods and food shortages for hundreds of millions of people.

Muaz Nasir says that Muslims cannot tune out from the environmental damage.

“Those who violate or abuse the Trust are described in the Qur’an as those who corrupt, degrade and bring ruin on earth,” Muaz Nasir added. “The corrupters abuse the Trust and are in clear contrast to what Muslims must be – the stewards of the earth.”

An extensive online resource has been created by Khaleafa.com (www.Khaleafa.com/greenkhutbah) to support the Green Khutbah Campaign and Islamic organizations and well-known leaders are throwing their support behind the initiative.