Excitement is building for 16th Annual MuslimFest that will be held in Mississauga this weekend.

The festival, the largest Muslim festival in North America, celebrates the best in Muslim arts and entertainment and will run from August 30 – September 1 at Celebration Square in Mississauga.

“MuslimFest has become a must-attend event for Canadian Muslims,” Tariq Syed, Event Director of the Festival told AboutIslam. “We encourage people from all backgrounds to visit the festival as it provides Muslims with opportunities to share our culture with the broader community.”

“We believe in education through the language of art, humor, and meaningful entertainment, something we feel can create new connections throughout our community.”

The event features local and international artists who will showcase their talent. Concerts featuring popular Muslim artists, comedy shows, film screenings, a multicultural bazaar, workshops, and a kids’ carnival are just some of the fun activities that will be at MuslimFest.

MuslimFest has been winning the Top 100 FEO award for last 11 years. It also received various local and national recognitions in recent past, including Best Social Media Campaign and Best Greening of Festival awards.

This year, the event year will start with an outdoor Friday prayer service (Jumuah) in the public square and organizers are expecting close to 5,000 for the service which will followed by a food festival on Friday afternoon.

On Friday evening there will be a special tribute to Canadian journalist Hodan Nalayeh who was killed in a terrorist in Kismayo, Somalia along her husband, Farid Jama Suleiman, in July.

“Hodan first worked with MuslimFest in 2015, where through Integration TV, we were able to understand Somali-Canadians better,” said Festival Director Tariq Syed. “Her vibrant personality clicked immediately with so many of our young volunteers, artists and all who worked with her through MuslimFest. She was so talented at story-telling and making everyone feel like their stories and journey mattered.”

“Hodan was passionate about showing the world the beauty of the history and people of Somalia through the stories she cultivated through the power of social media.” 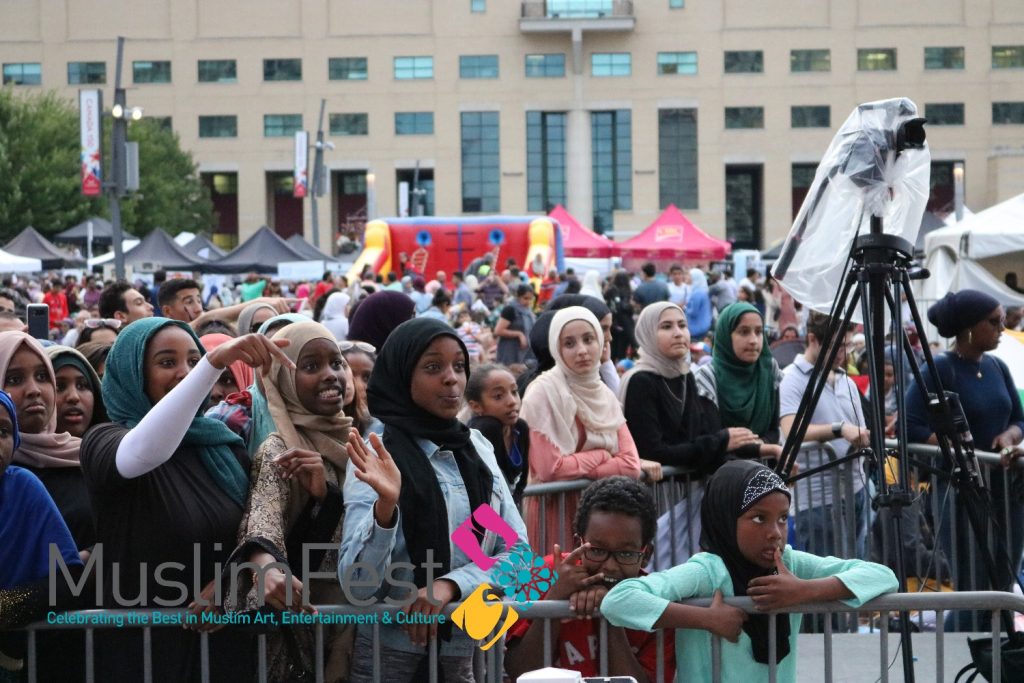 Throughout the weekend, the festival stages will be busy with a full line-up of entertainers.

“We’re really excited for this year’s line-up of international artists – some artists we will be showcasing include, Preacher Moss from the US, Karim Jabbari from Tunisia, Iman Farrar from Australia, Khaled Siddiq from the UK, Faisal Latif from the US, Yahya Hawwa from Syria, Mustafa al-Azzawi from Iraq, and Muad from the UK,” said Tariq Syed.

“We’re definitely bringing back some fan favourites this year, including Dawud Wharnsby from Abraham Jam, Mustaqeem, Jae Deen, and Boonaa Mohammed, who is premiering his third film Righteous Sinner at MuslimFest,” he added.  “We will also be screening the documentary Prairie Mosque about the history of Winnipeg’s first mosque by Muslim Canadian documentary filmmakers and sisters Saira and Nilufer Rahman.”

According to the organizers, there will be an arts and crafts tent and carnival games where children and families can drop by throughout the day as well as concert performances geared towards kids.

“For the first time at MuslimFest, we will have Nayla Media performing it’s Jamil and Jamila concert series throughout the weekend which will be really exciting for the kids,” said Tariq Syed. “We also have a lot of arts-based activities for them to do where they’ll get to create pieces they can take home and of course, a series of inflatables for them to play with.”

Another defining feature of MuslimFest is that attendees will have the chance to browse and shop at many unique vendors and taste a variety of food offerings from around the world.

Launched in 2004, MuslimFest is a joint project of DawaNet and Sound Vision. Today, it is considered North America’s largest Muslim festival of its kind, attracting over 30,000 attendees annually.

The festival was recognized by City of Mississauga for their #WasteFreeMuslimFest campaign. In 2017, they diverted tonnes of garbage away from landfill by recycling and separating compostable waste at the Waste Station thanks to the festival’s dedicated Green Team.