Ramadan is a month for strengthening the spiritual bonds of Muslim-Christian friendship according to a message brought by the Roman Catholic Archdiocese of Toronto to an Iftar gathering held in Toronto on Thursday, 23 May.

“The month of Ramadan with its dedication to fasting, prayer and almsgiving, is also a month for strengthening the spiritual bonds we share in Muslim-Christian friendship,” said Fr. Prakash Lohale reading a letter sent from the Vatican to the Muslim community on the occasion of Ramadan and ‘Id Al-Fitr. “I am pleased, therefore, to take this opportunity to wish you a peaceful and fruitful celebration of Ramadan.”

The Iftar dinner event was organized by the Muslim-Catholic Student Dialogue group and was held in downtown Toronto at Paroisse du Sacré-Cœur Catholic Church.

Fr. Prakash Lohale, Director of Ecumenical and Interfaith Affairs Office at Roman Catholic Archdiocese of Toronto, offered the official letter of greetings from the Bishop Miguel Ángel Ayuso Guixot, Secretary of the Vatican to the gathering.

“We Muslims and Christians are called to open ourselves to others, knowing and recognizing them as brothers and sisters,” reads the letter from the Vatican. “In this way, we can tear down walls raised out of fear and ignorance and seek together to build bridges of friendship that are fundamental for the good of all humanity.”

“We thus cultivate in our families and in our political, civil and religious institutions, a new way of life where violence is rejected, and the human person respected.”

Bishop Miguel Ángel Ayuso Guixot noted, “In order to respect diversity, dialogue must seek to promote every person’s right to life, to physical integrity, and to fundamental freedoms, such as freedom of conscience, of thought, of expression and of religion.”

“This includes the freedom to live according to one’s beliefs in both the private and public spheres. In this way, Christians and Muslims – as brothers and sisters – can work together for the common good.”

Earlier in the evening, the gathering engaged in roundtable conversations to get to know each other better and heard a presentation on fasting in Islam by Sumeyye Aydin, a Muslim youth in the Student Dialogue group and a member of the Intercultural Dialogue Institute.

“These Iftar events serve as a means to promote dialogue and building bridges of understanding and peace,” said Sumeyye Aydin. “It is imperative for all of us, as members of the global community in Toronto, to come together around common values while acknowledging our unique beliefs and practices.”

“By responding with openness and respect we can move forward to work in ways that acknowledge genuine differences but build on shared hopes and values to attain peace and help bring about the long awaited cooperation among the world’s civilizations,” she added. “We have a great deal to learn from one another to encourage justice, love, respect and altruism.”

Daniel Niamat of the Ecumenical and Interfaith Affairs Office at Roman Catholic Archdiocese of Toronto presented the document titled, ‘Human Fraternity for World Peace and Living Together’ that was signed earlier in the year on 4th February by His Holiness Pope Francis and the Grand Imam of Al-Azhar Ahmad Al-Tayyeb in the United Arab Emirates.

The declaration states, “We, who believe in God and in the final meeting with Him and His judgment, on the basis of our religious and moral responsibility, and through this Document, call upon ourselves, upon the leaders of the world as well as the architects of international policy and world economy, to work strenuously to spread the culture of tolerance and of living together in peace; to intervene at the earliest opportunity to stop the shedding of innocent blood and bring an end to wars, conflicts, environmental decay and the moral and cultural decline that the world is presently experiencing.” 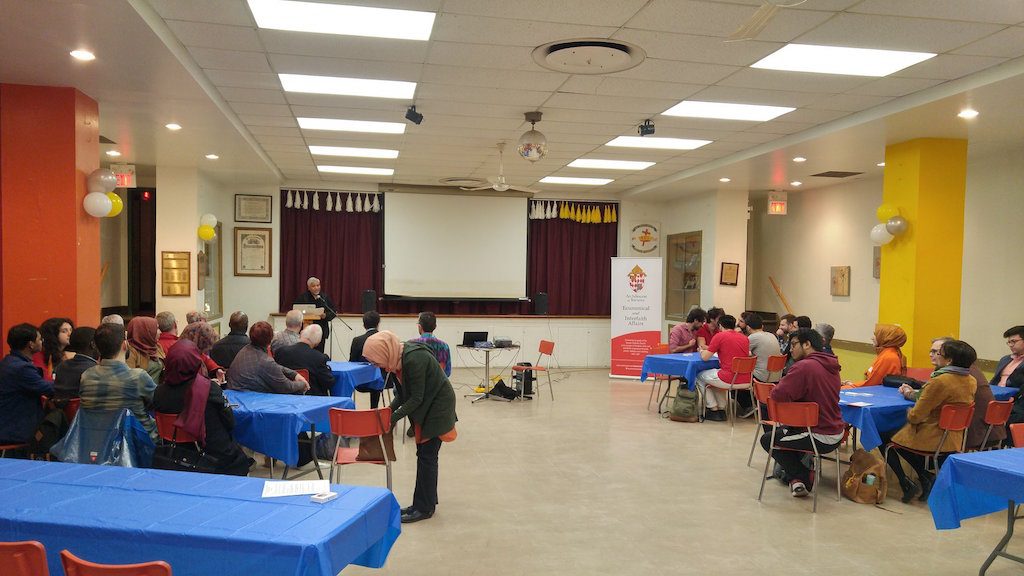 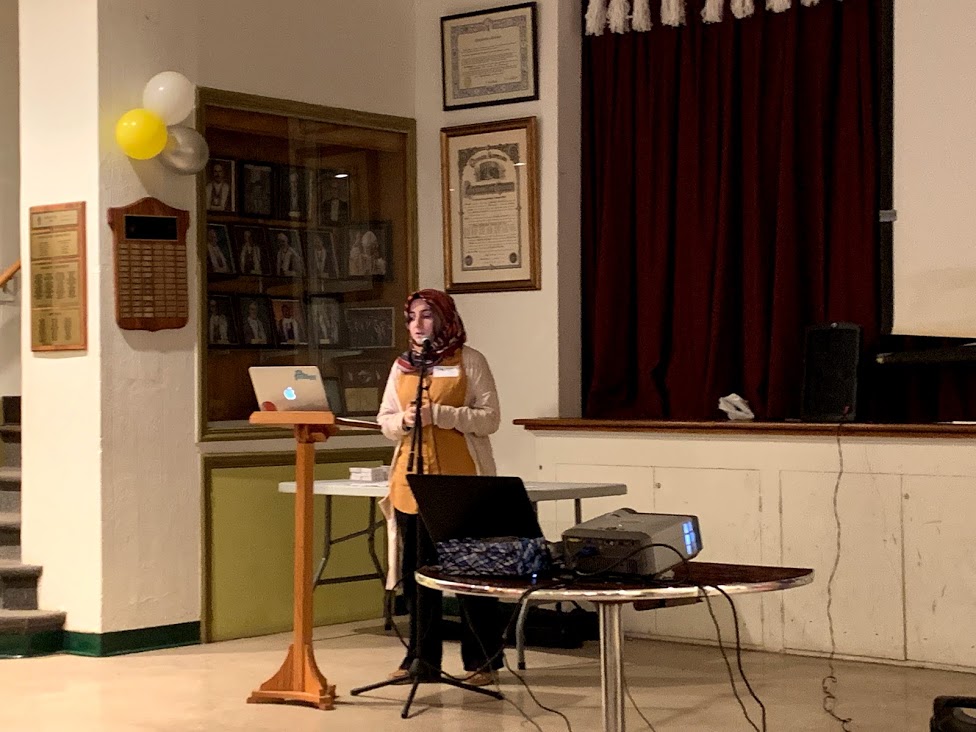 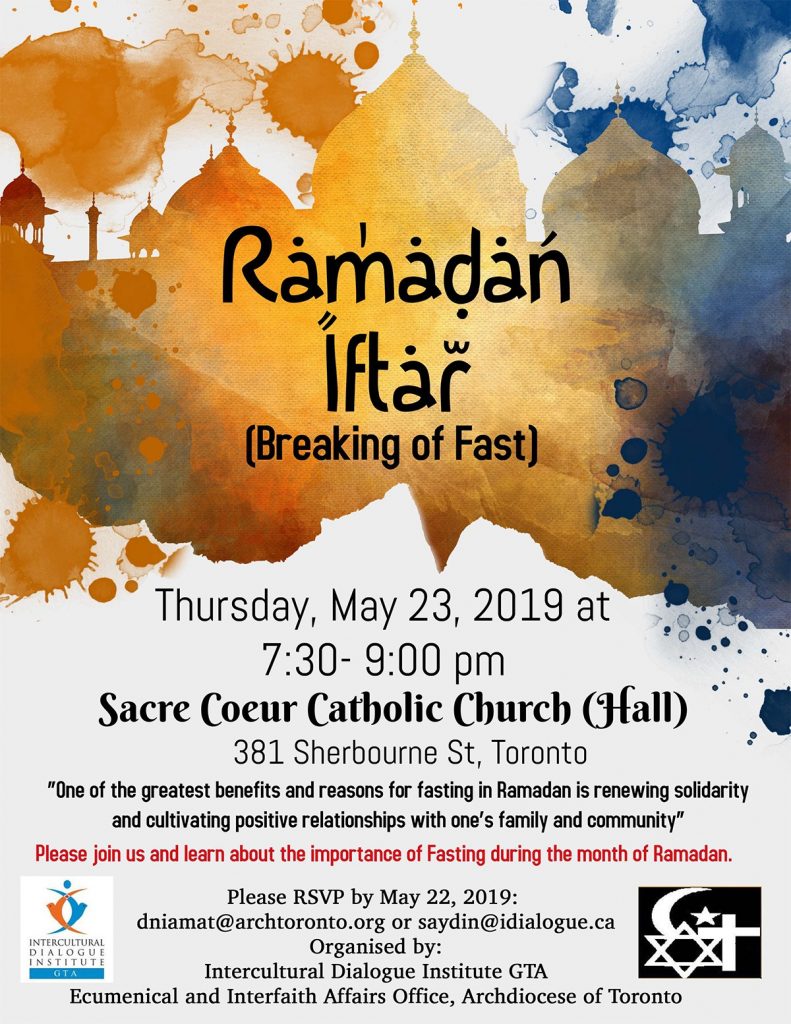 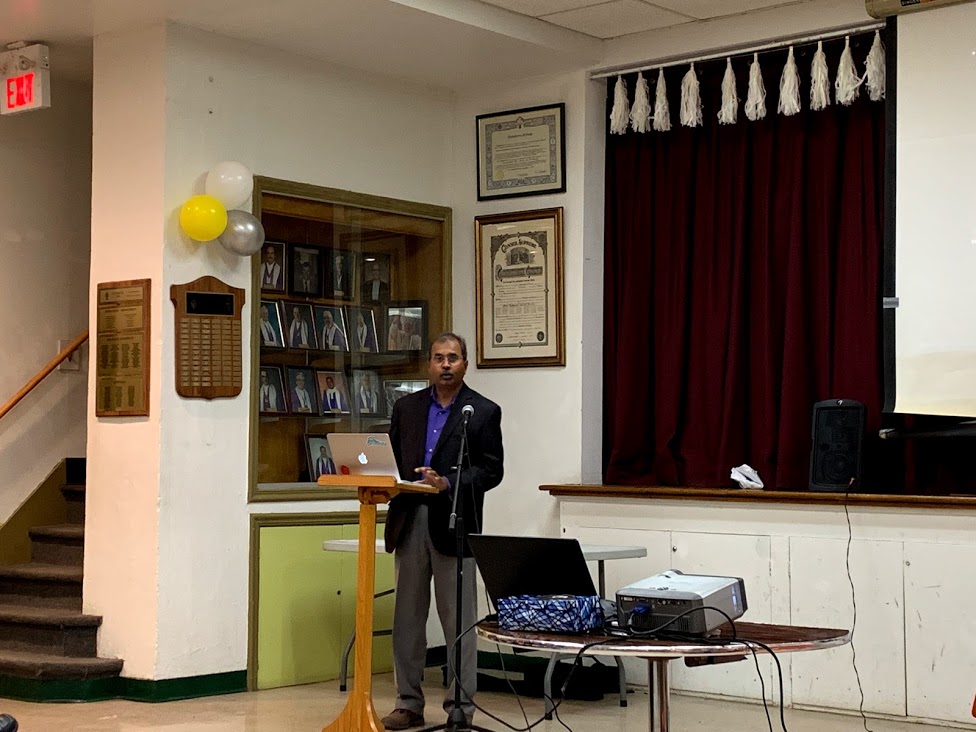 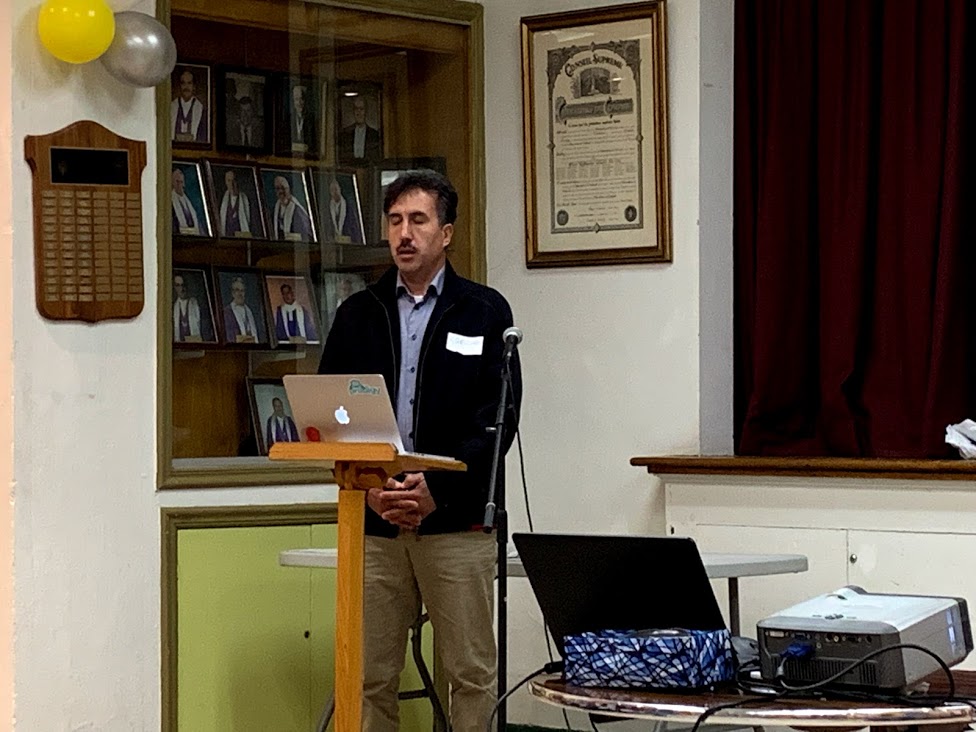 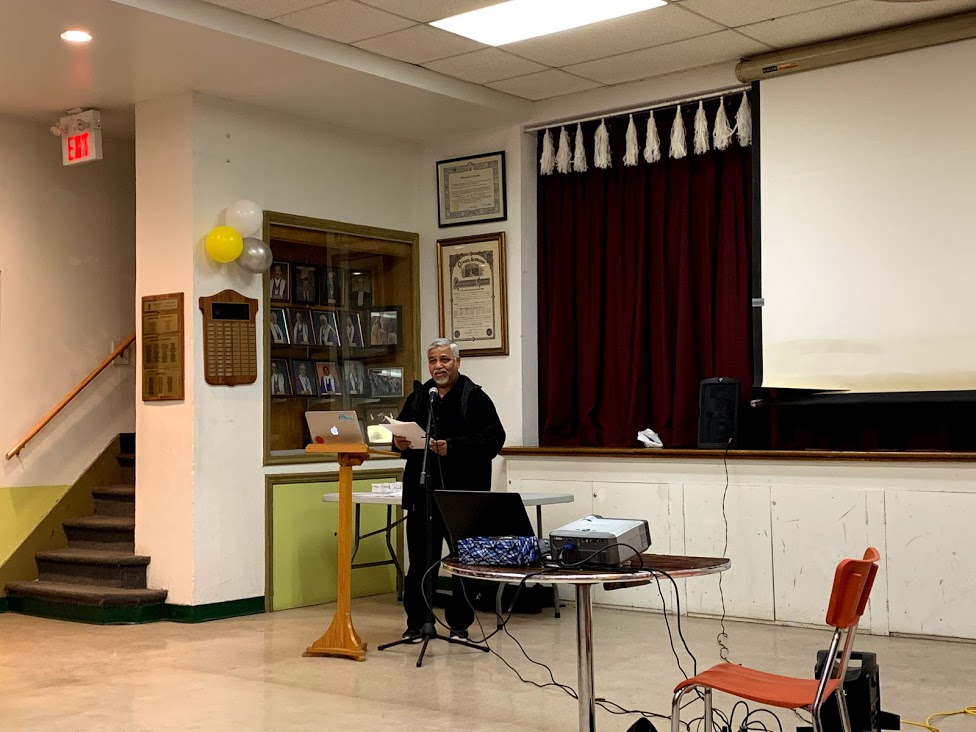 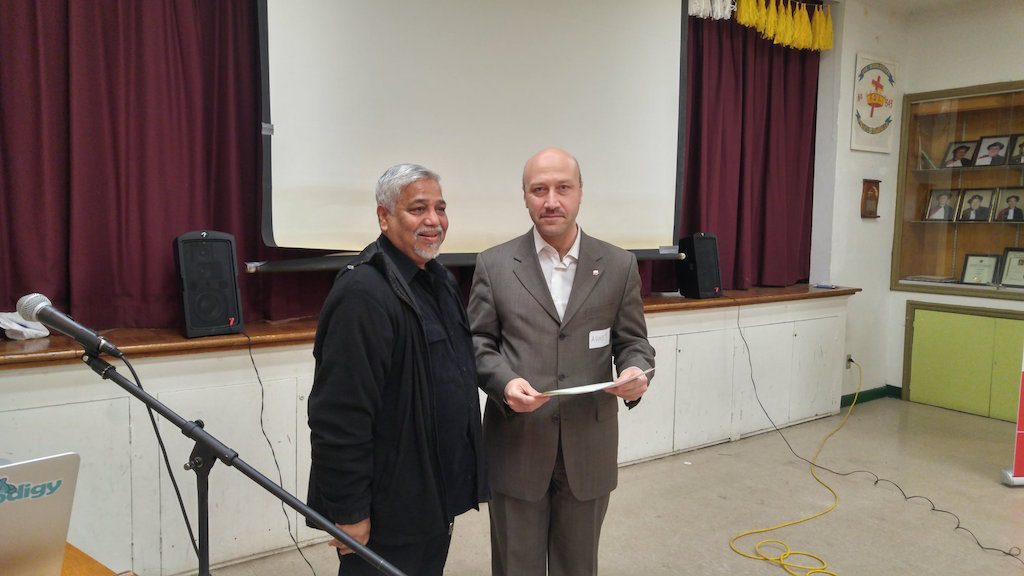 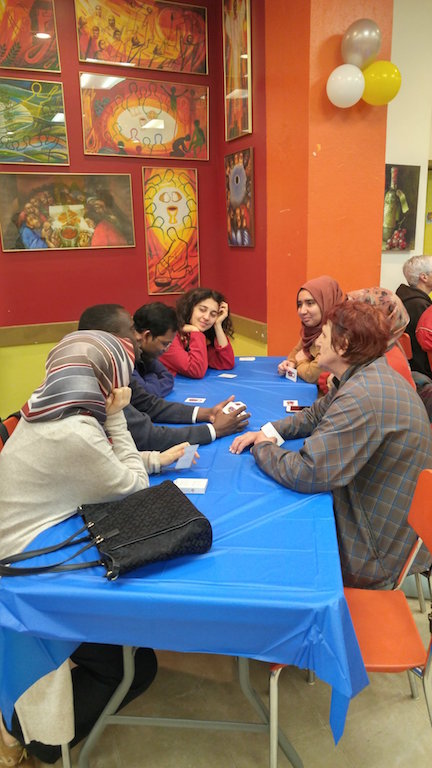 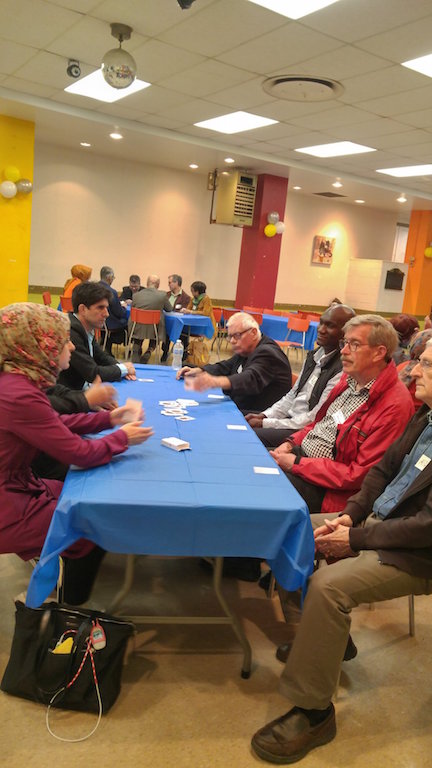