“We have been working hard for the past two years to expand Masjid Toronto @ Adelaide in order to meet the needs of the Muslims in downtown Toronto,” said Dr. El-Tantawy Attia, Manager of Masjid Toronto.

“In 2013, we bought one unit and, after five years, we found it too small for the community so when we found out that the two units beside us were up for sale we decided to buy them and, with the help of Allah, we were able to do so.”

Masjid Toronto is a vibrant mosque community in the heart of downtown Toronto, with one mosque on Dundas Street and the other facility, Masjid Toronto @ Adelaide which was expanded and whose opening was being celebrated.

Every Friday, thousands of worshipers attend one of the weekly prayer services at both mosques.

Toronto’s mayor, John Tory and other public officials were in attendance to offer congratulations to the mosque.

“It has been my privilege to come to the Masjid at Dundas and Chestnut Streets on a number of occasions, most recently for `Eid prayers and before that, I celebrated an Iftar dinner with the congregation and for Friday prayers on occasions previous to that,” said Toronto Mayor John Tory.

“The completion of this new masjid, the Adelaide Street expansion, will provide a place where people will come together to pray and engage in social activity.”

“The important thing in a big city is that people find places where they can come together and I hope this will be a place for interfaith events where people of different faiths can come together to talk about issues that are of concern to all Torontonians.”

“Congratulations and thank you to those who showed the leadership to get this done. It is a tribute to this community that the work was done. I look forward to coming here many times in the future,” added the Mayor.

“I extend to all of you a warm welcome to everyone for joining us today on this very special day for us,” said Dr. Wael Shihab, Imam of Masjid Toronto.

“We are grateful to Allah Almighty and we thank our donors and supporters and our friends and neighbors for their help.”

“Special thanks to our Mayor, our councilors, MPPs, and MPs for their support of the expansion project. We also thank the Toronto Police Service who is with us today. I would like to emphasize that this mosque is a safe and inclusive space and everyone is welcome here.”

Community leader Muneeb Nasir spoke of the importance of Masjid Toronto to Muslims in downtown Toronto and the need for the congregation to reflect on the indigenous heritage of Toronto.

“In these contentious and difficult times, places of worship play an important role in helping us to remember God, and for our hearts to find rest,” he told the gathering.

“As we meet here at this spot to dedicate this mosque, we recognize that Toronto is built on sacred land that is part of an agreement between indigenous peoples and then extended to allied nations to peacefully and respectfully care for it,” noted Nasir. “By personally making a land acknowledgment we are taking part in an act of reconciliation, honoring the land and indigenous heritage, which dates back over 10,000 years.”

“This acknowledgment is a one grounded in compassionate outreach to Indigenous people as we seek to reconcile ourselves to being settlers on Turtle Island.” 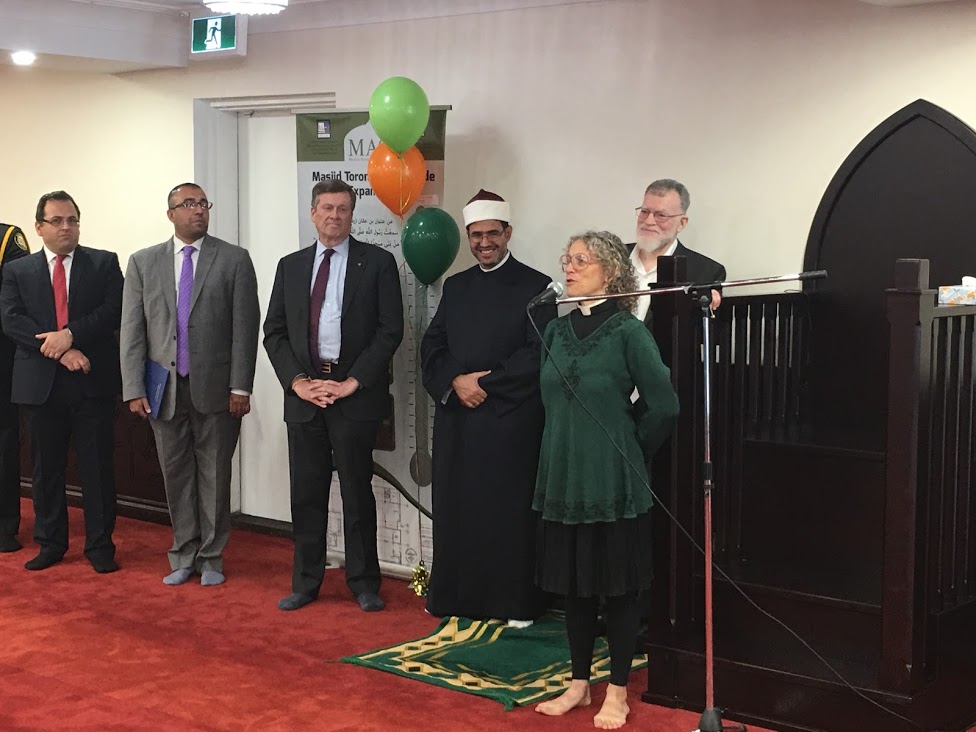 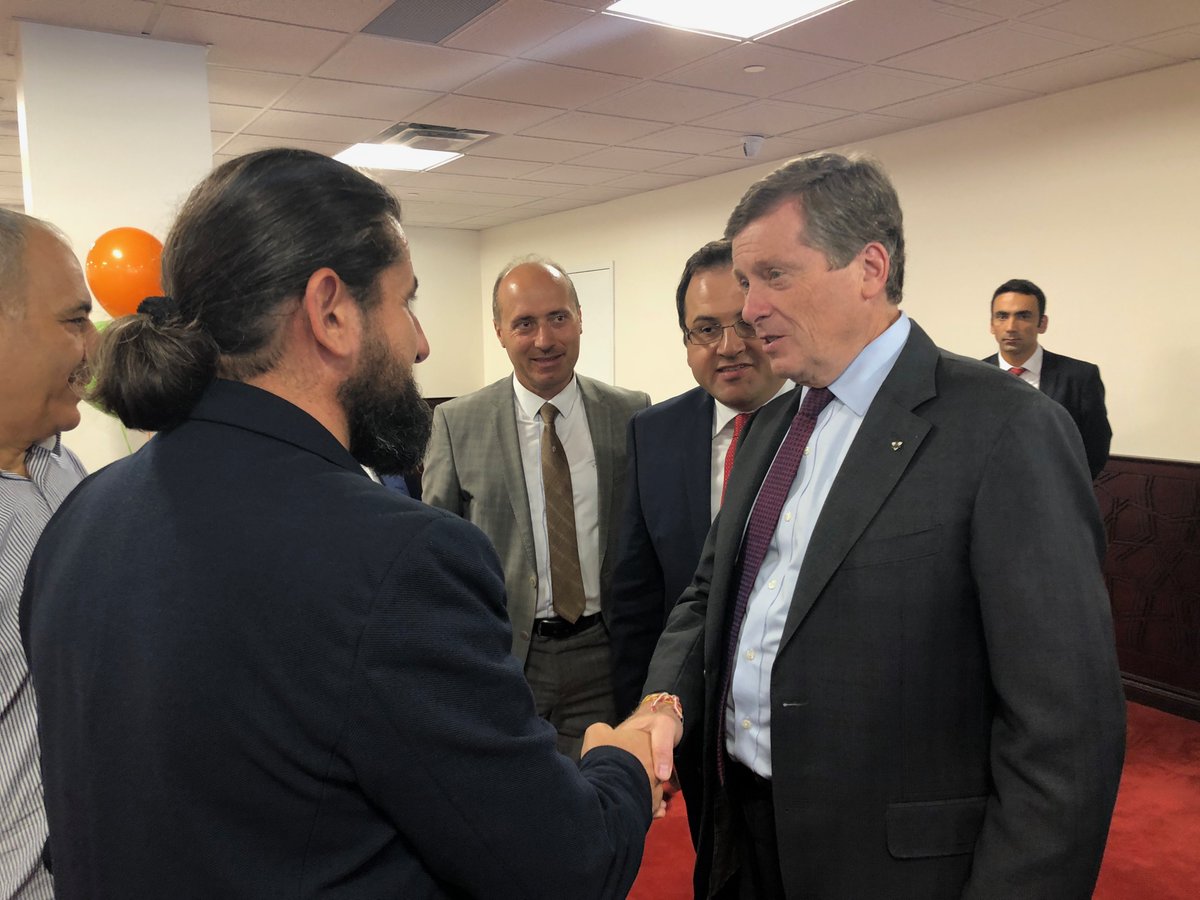 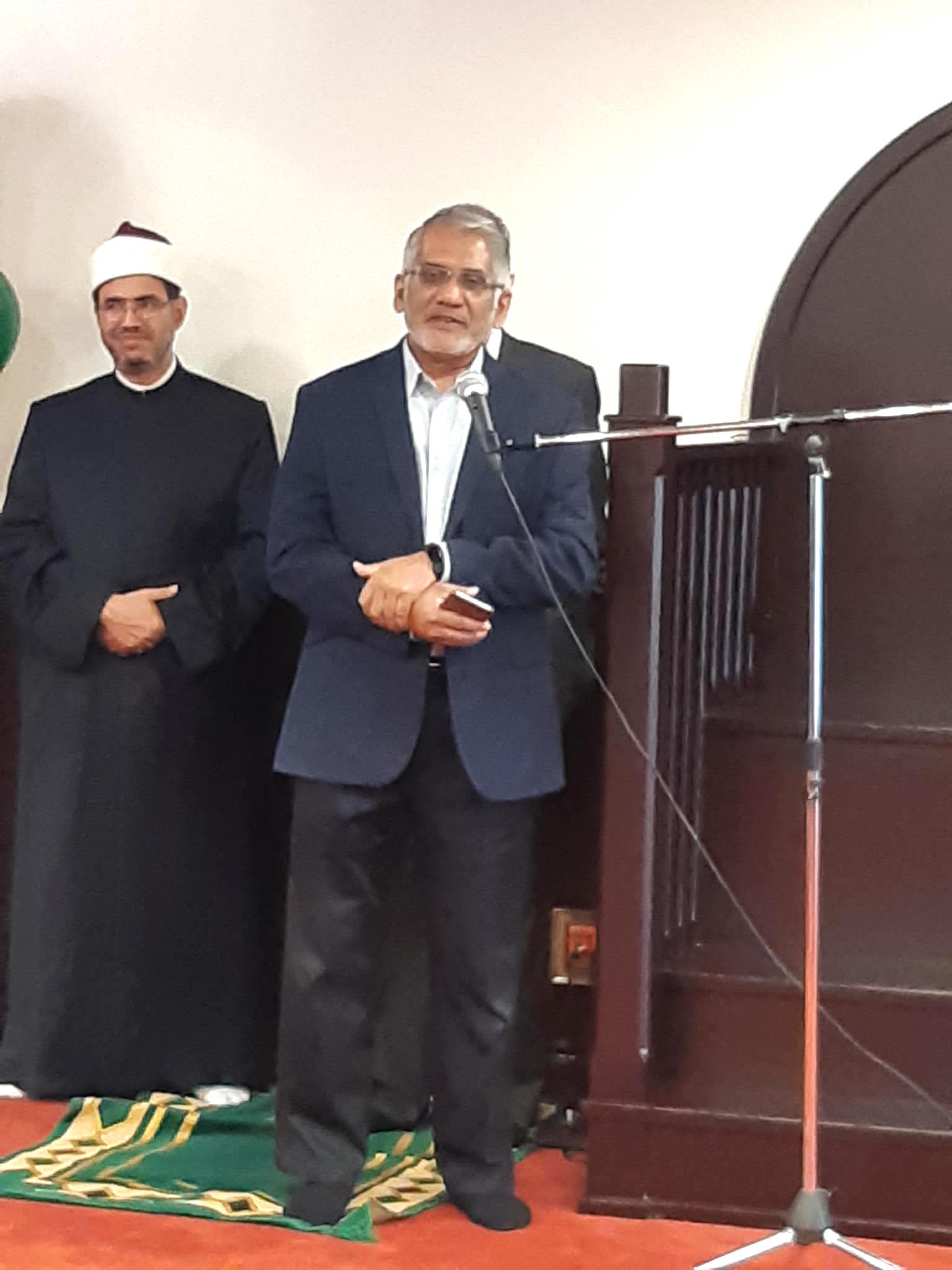 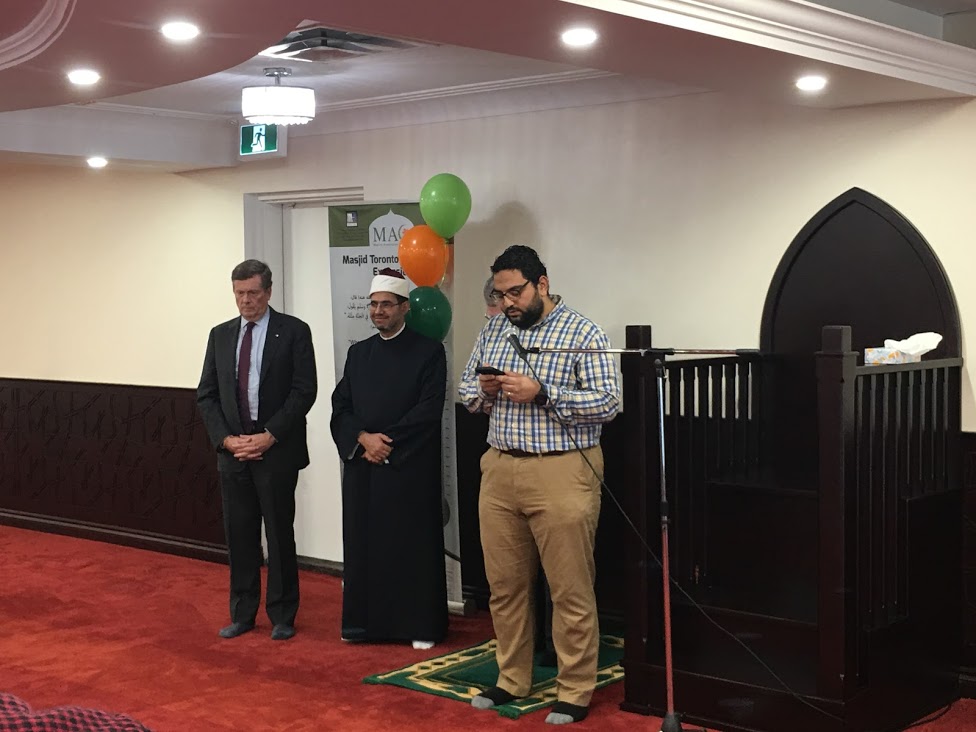 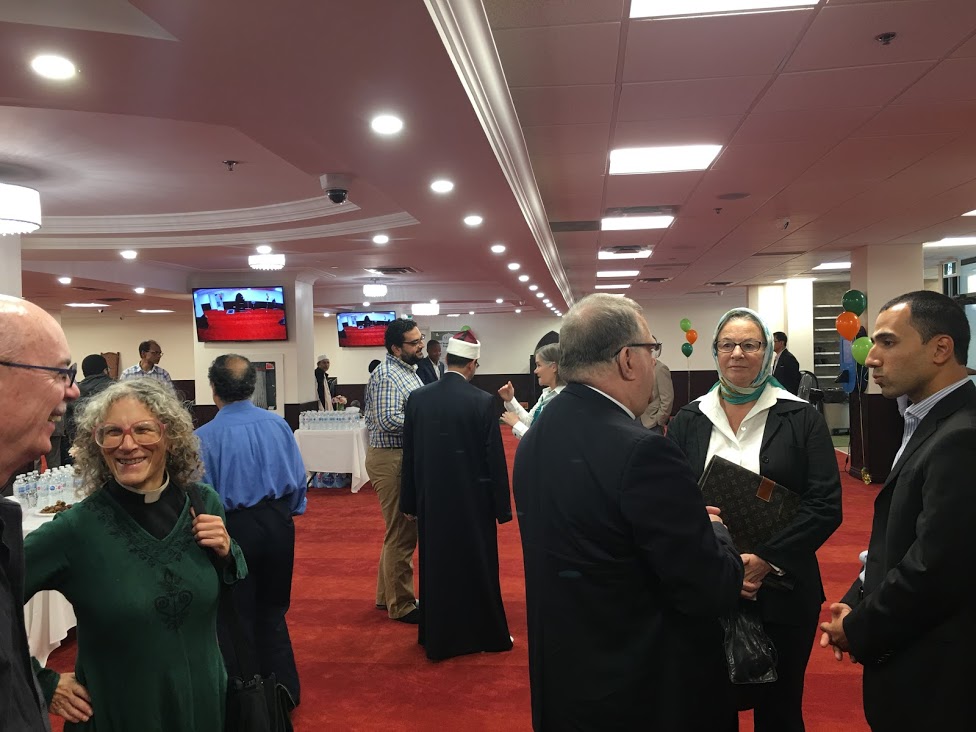 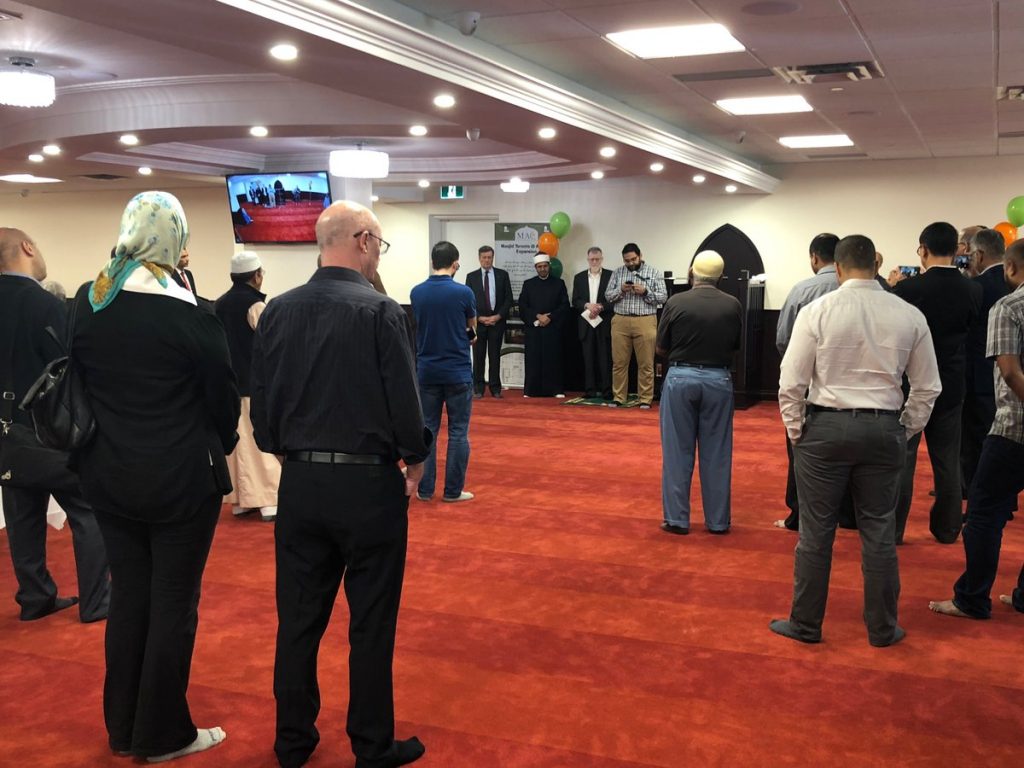 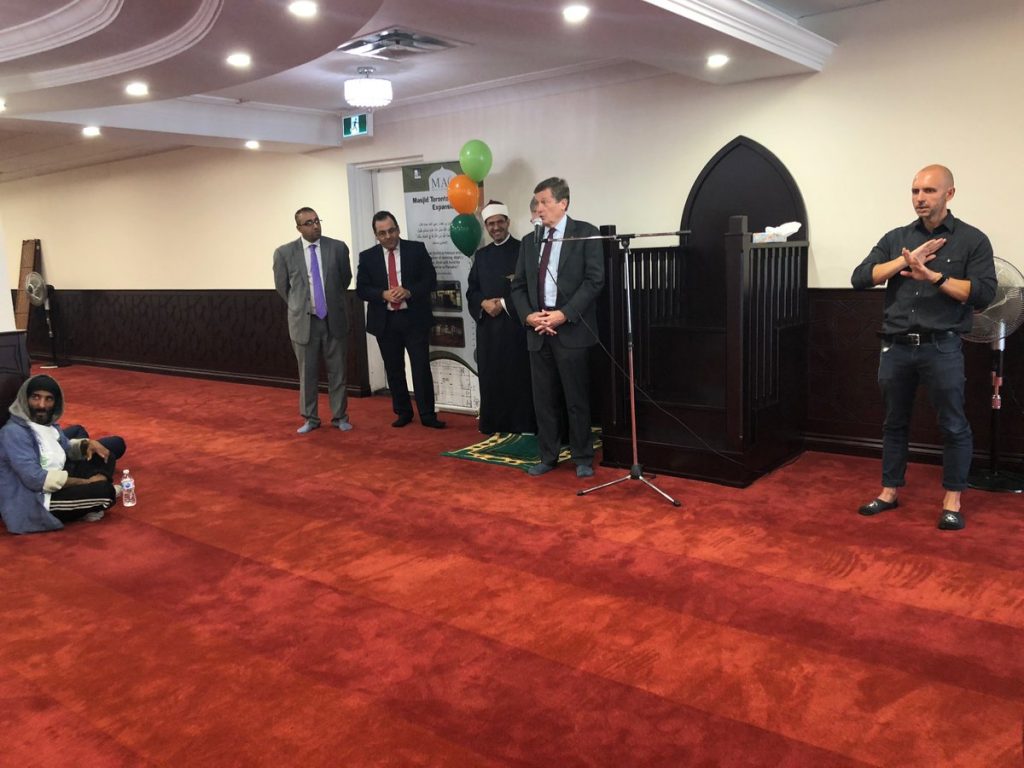 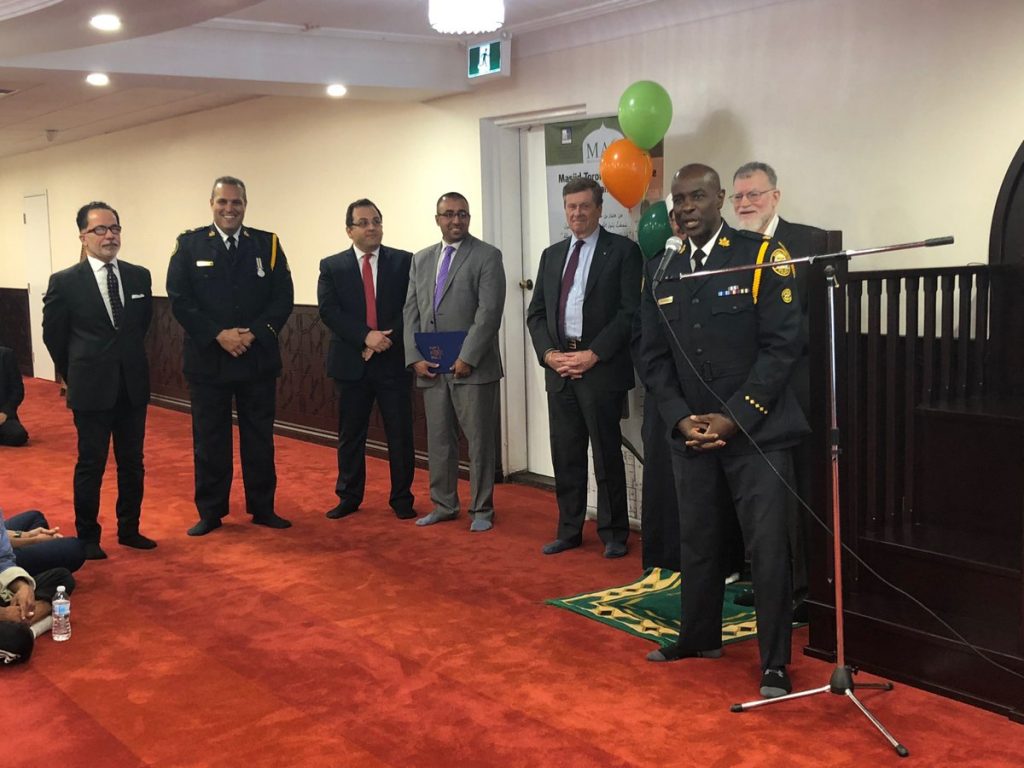