A Ramadan Iftar event that brought Muslims and Hindus together with other ethno-cultural and faith communities was held on Friday, June 1 at Pickering’s Hindu temple, Devi Mandir.

Pickering is a city located immediately east of the City of Toronto on the north shore of Lake Ontario.

“I think the whole idea of a rising tide of inequality in the world is a tragedy and when you have events such as this one, bringing people together to break bread, there is nothing that makes us feel more connected even to strangers like when we come together to eat,” Mary Gordon, the evening’s keynote speaker told the gathering.

Mary Gordon is recognized internationally as an award-winning social entrepreneur, educator, author, child advocate and parenting expert who has created programs informed by the power of empathy.

In 1996 she created the Roots of Empathy program in the Canadian province of Ontario. Her not-for-profit organization of the same name, offers programs in every province of Canada and in many countries across the world. 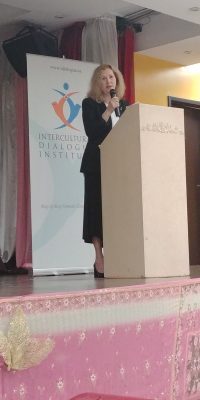 Gordon spoke on the theme, ‘Empathy and Social Cohesion: Values, Relationships and Practice in a Changing World.’

“We have a rapidly changing world, our children are growing up with robots doing the vacuum cleaning, with the idea of drones delivering our groceries, with bitcoin as a currency and we have Elon Musk just recently parking his car in space,” said Gordon. “Who in our wildest dreams could think that we could be talking about these – I remember when there was the first landing on the moon and I thought that life cannot get anymore exciting than this.”

“We have an unprecedented situation where we have 65 million people who are displaced refugees and we are going to have more with climate change displacing more people from their countries. We will need to find a way to understand the differences between them and us,” she added.

“The work that we do is about developing the capacity to understand the other and to realize that differences do not really divide us. It is the ability to feel and have emotions that connect us across the oceans and over the mountains wherever we are, whatever language we speak, or culture or religion we have, whatever our family values are, or however we choose to live our lives.”

“We have the ability to connect the tissue of humankind, the ability to share our feelings and I think we can really count on the children to do this.”

Attendees of various faith and ethno-cultural backgrounds had a chance to learn something about the Muslim and Hindu traditions during the evening’s program and broke the fast together.

A tour of the temple was conducted by Shashi Bhatia, founding Chair of the Indo-Canadian Cultural Association of Durham, prior to the start of the event.

“If we think of social cohesion, what it is and why it is important – social cohesion really requires that we care about the wellbeing of all citizens and all members of society should feel included and not marginalized and everybody should have a sense of belonging – you know that we all ache to belong,” continued Mary Gordon in her inspirational keynote address.

“We have a human instinct to connect and belong. In a cohesive social society everybody should have the ability to move sideways, upwards, downwards. There should be no limiting factor on a person’s opportunity to be where they want to be and with whom they want to be.”

Gordon is also the founder of Canada’s first and largest school-based Parenting and Family Literacy Centres, which she initiated in 1981. They have become public policy in Ontario and have been used as a best practice model internationally.

In her speech Gordon emphasized the importance of family and educational institutions in a child’s development and the role of empathy in building social cohesion. 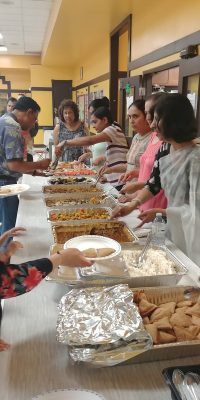 “And next to that, educational institutions are one of the key institutions in civil society that build cohesion – education is a great leveler.”

“When we think about what empathy is and why it is important in building civil society – if we have the ability to understand the other, to feel with the other, we are less likely to hurt them. Empathy cannot be taught in traditional ways, empathy is the ultimate human trait. You don’t become kind by being lectured at, you become kind because someone is kind to you,“ noted Gordon.

Every year, Intercultural Dialogue Institute GTA in collaboration with various local partners hosts a series of Ramadan intercultural and interfaith dinners in different parts of GTA.

According to IDI, “the dinners bring together people of various faith and ethno-cultural backgrounds and serve as a means of fostering dialogue and cross-cultural awareness in our multicultural society.” 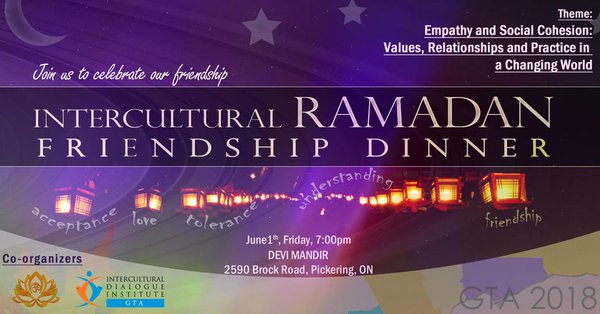 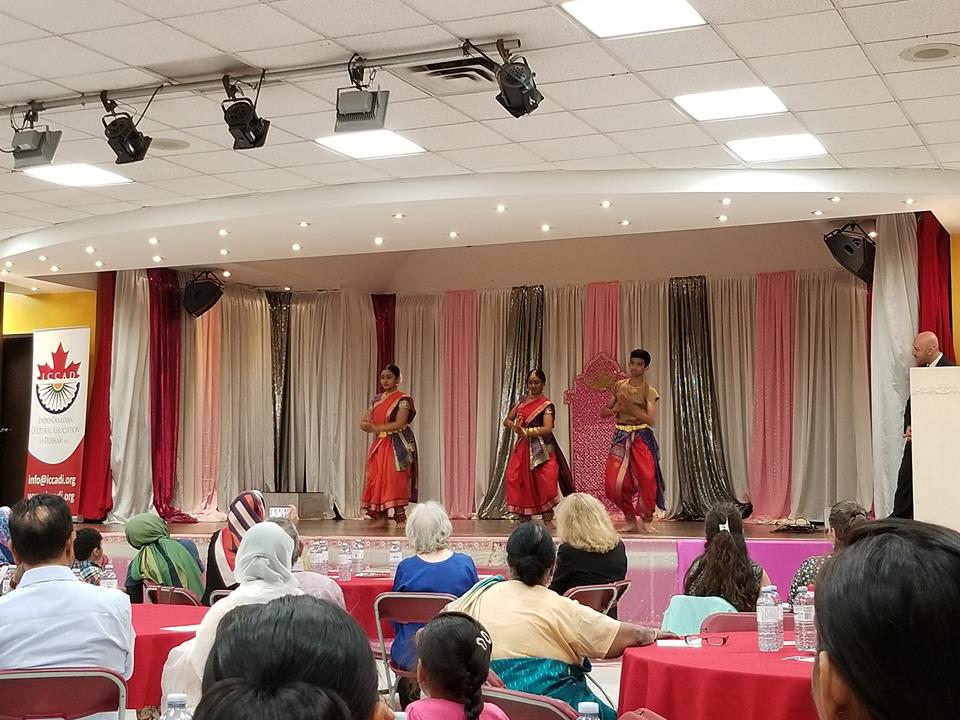 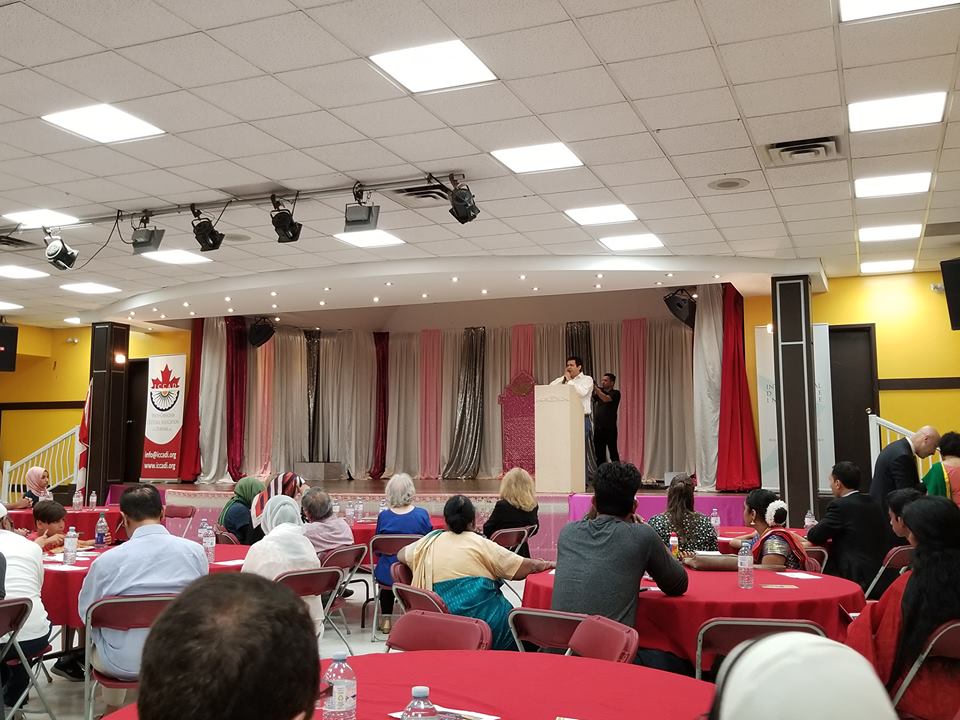 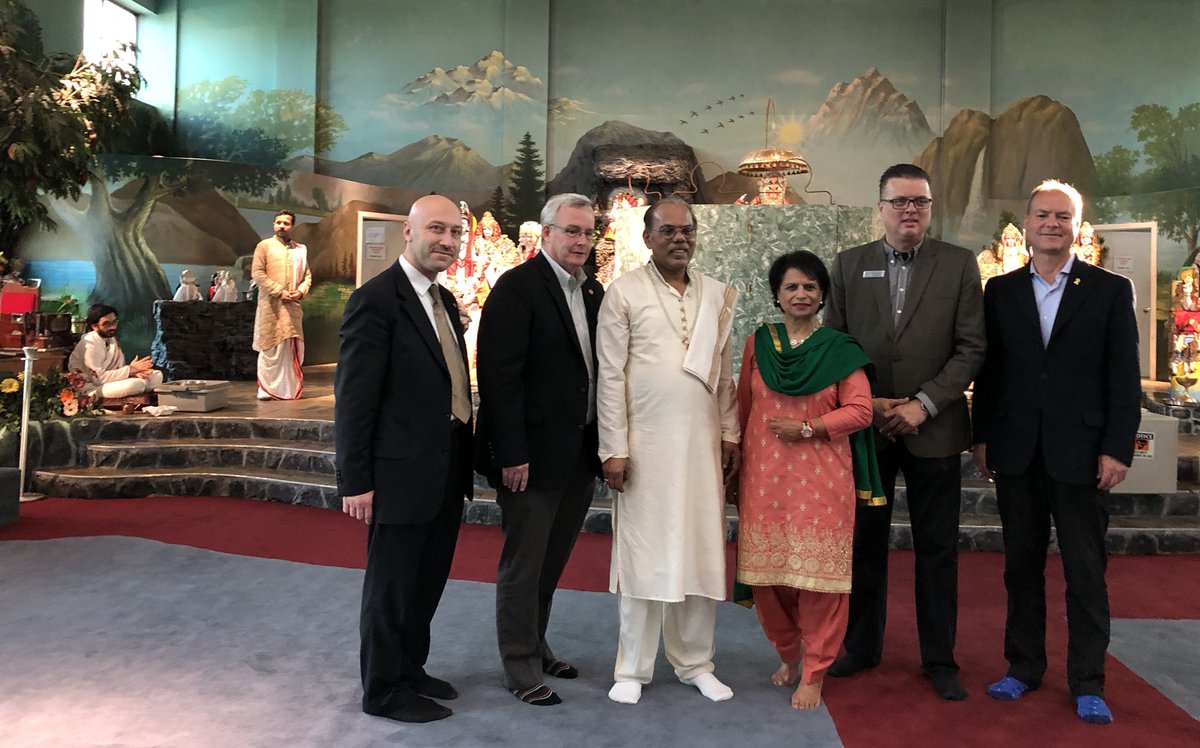 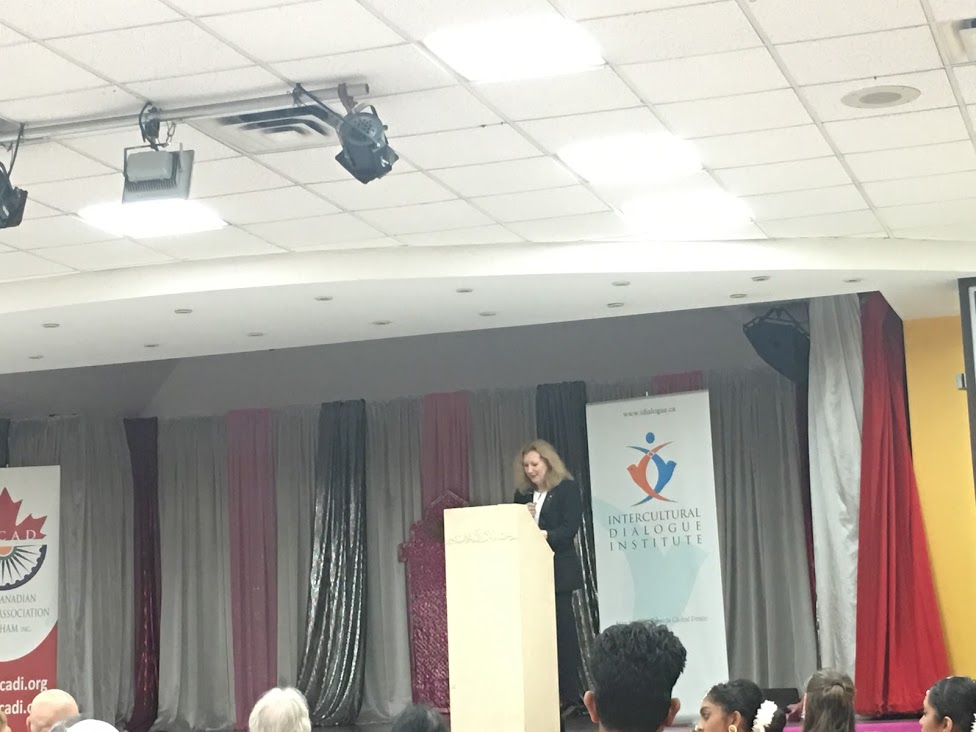 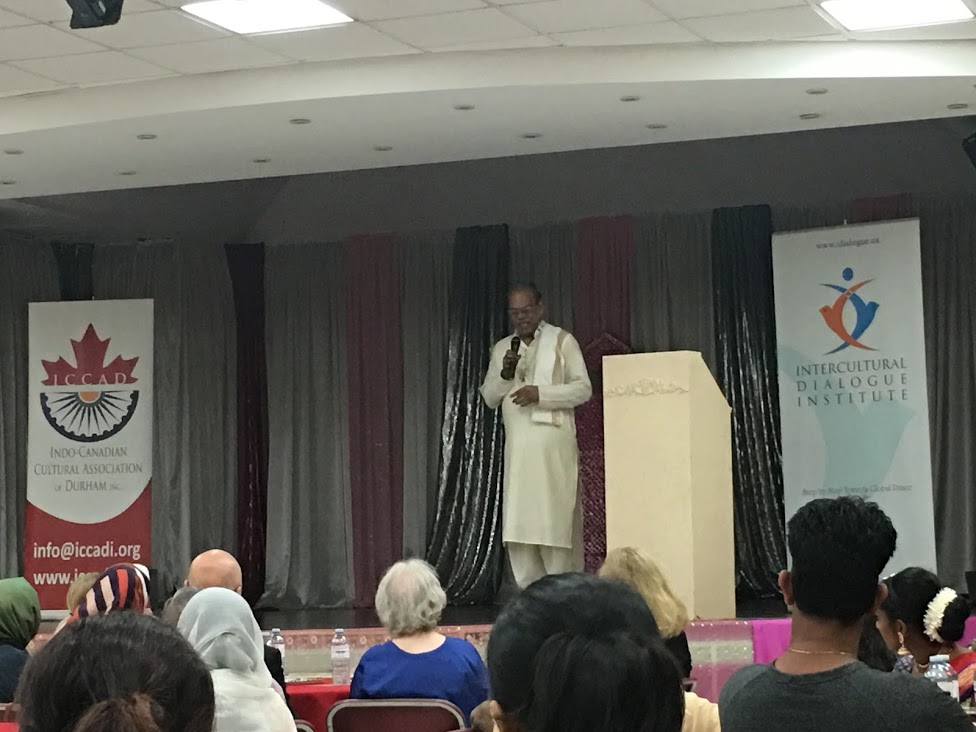 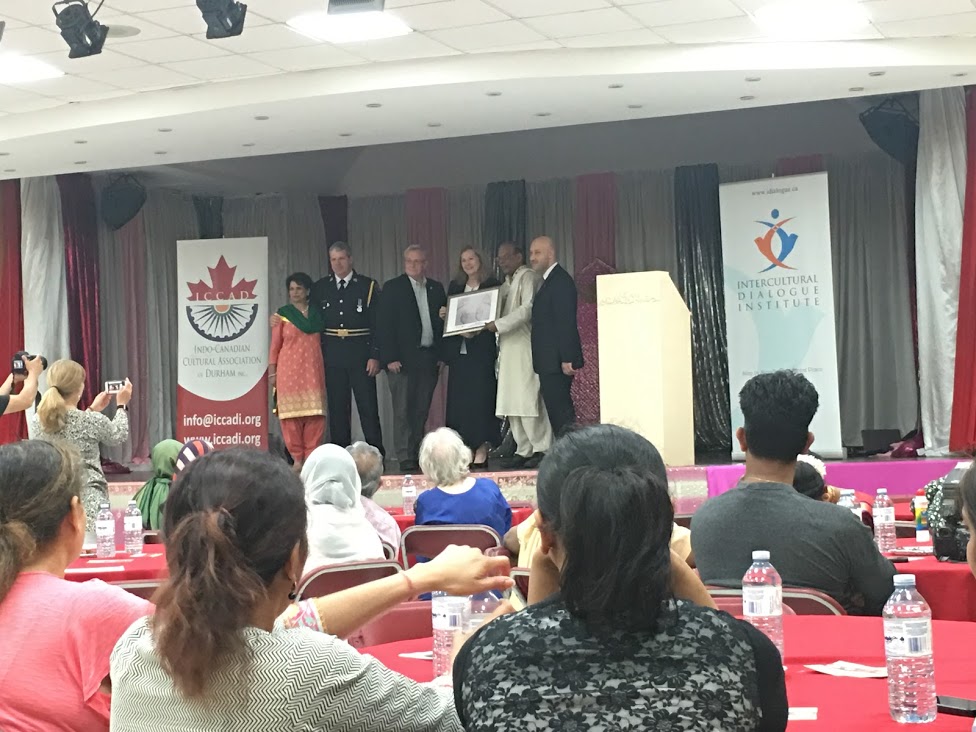