An engaging and lively panel discussion took place in Toronto on Wednesday, May 2 on the challenges faced by Canadian Muslims related to identity formation and social integration.

“There are internal pressures as well as external pressures that try to define who Muslims are,” said Imam Yusuf Badat of the Islamic Foundation of Toronto. “People on the outside of the Muslim community are trying to tell us who a Canadian is and who a Muslim is.”

“The reality is that we are not defined by what the media thinks who we should be or what anyone thinks we should be. I am a Canadian and I am a Muslim, the way I am,” he added. “So many the youths of today have a slogan, ‘don’t tell me who I am, I will tell you who I am.’”

“The Muslim community needs to realize that let’s not allow people to define us.”

The event titled, ‘On Being a Canadian Muslim’, was organized by the Intercultural Dialogue Institute and was held at the Friends House (Quakers building) in downtown Toronto.

The panelists included Samiya Ahmed, Founder of the organization Aspire 2 Lead, a community activist, and a health promotion consultant; Amina Mohamed, a Muslim Youth Fellow at the City of Toronto; Taha Ghayyur, Executive Director of ISNA Canada and Imam Yusuf Badat of the Islamic Foundation of Toronto. Journalist and writer, Naheed Mustafa, moderated the panel. 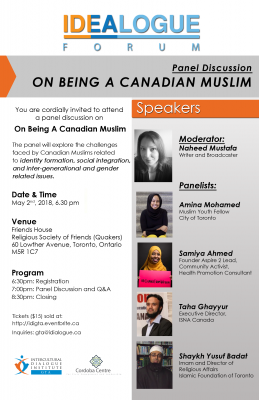 “Islam is a faith that one chooses to identify with. I make it very clear that I am a Muslim and I am of Somali heritage,” she said. “My Somaliness is the food I eat, the colors I wear, the language I speak, the music I listen to.”

“But my Muslimness is my faith, my relationship with the Creator, the beliefs I have. It is not necessarily my religiosity but it is my belief system,” she noted.

Amina Mohamed reflected on the need for Muslims to emphasize the spiritual dimensions of their religious identity first rather than allow external markers to define their identity.

“There are so many different facets to Muslimness that create that depth and that beauty in the identity,” she said. “The religion allows so many diverse members of different communities to come together under the banner of Islam.”

“It is our responsibility to talk about this and to encourage young men and young women to embrace those characteristics which says that the religion is a journey of the soul than it is veil over the head.”

The event sponsor, the Intercultural Dialogue Institute (IDI), is a non-profit organization that regularly holds dialogue and intercultural events with the purpose of advancing social cohesion among people of all cultures and faiths. 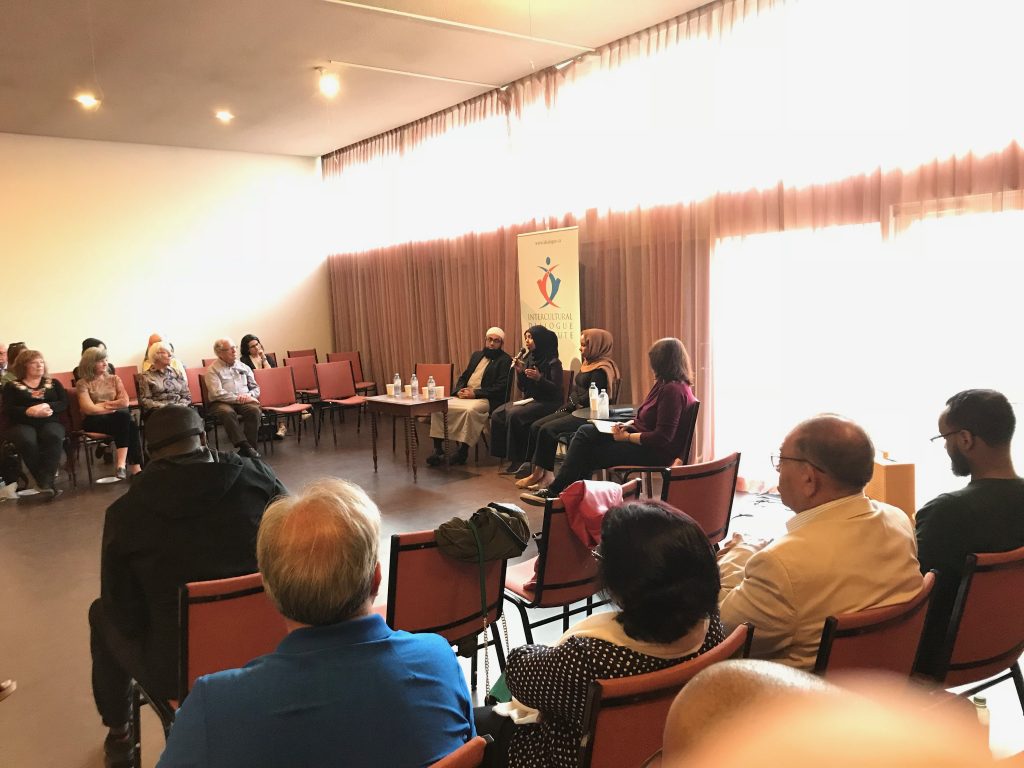 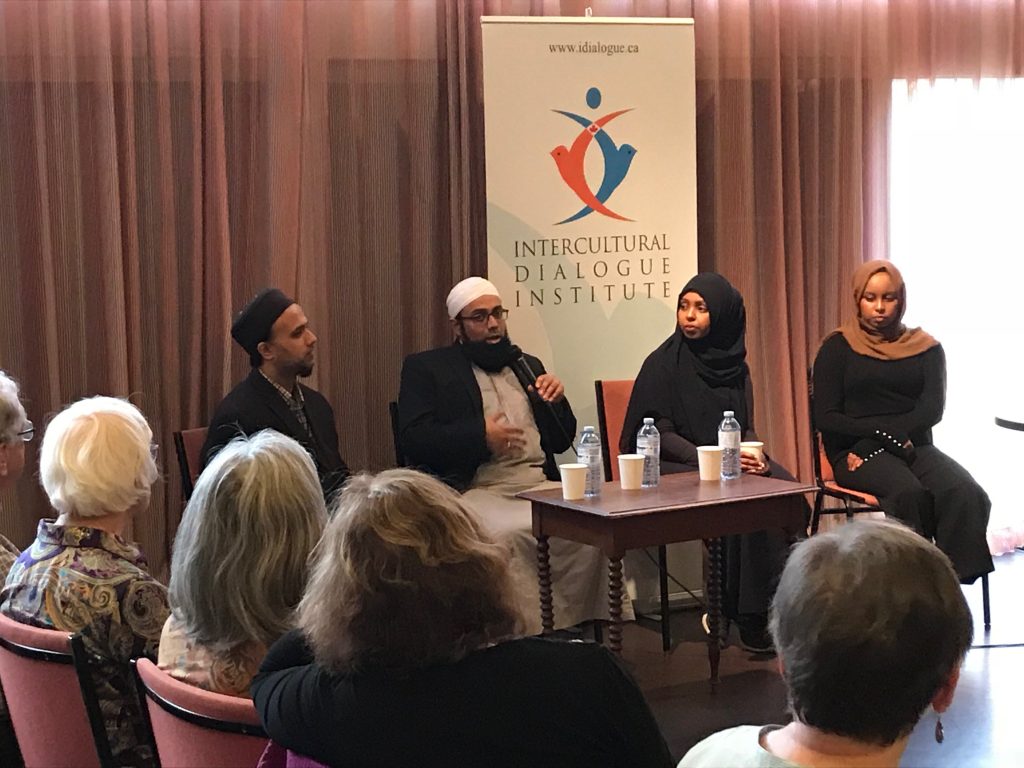 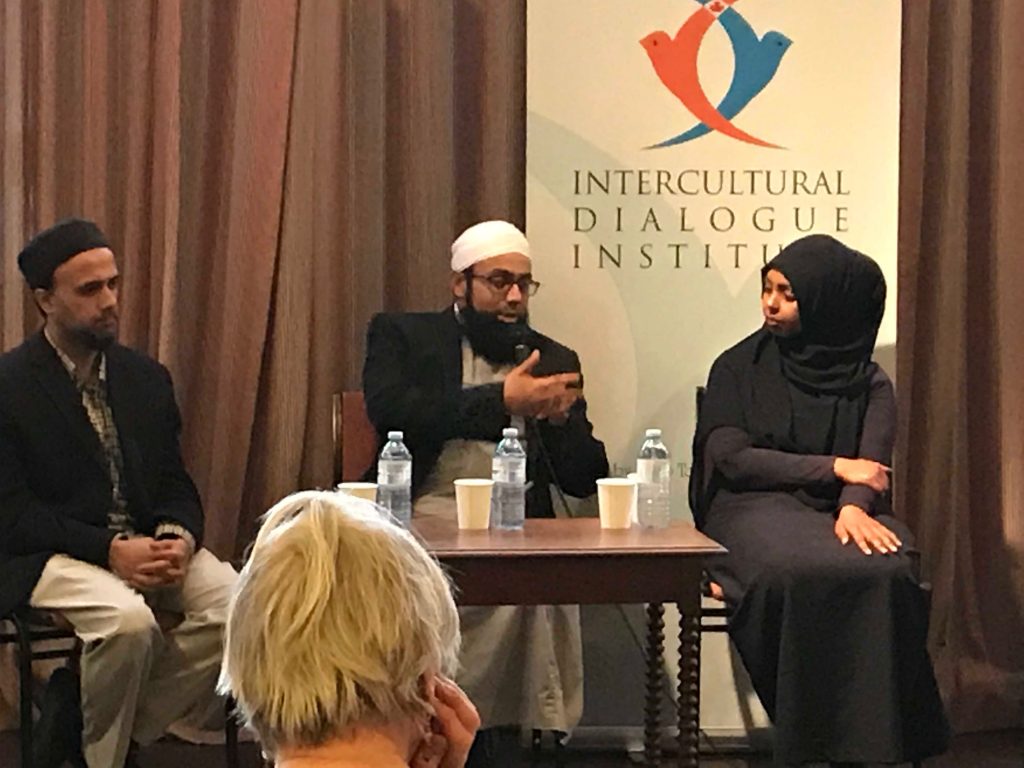