“We are a city that needs the spirit and shared love that comes from our clergy, from our houses of worship, from our founding peoples and from the cherished belief that we are richer, not from who we exclude but from who we include,” said Toronto City Councillor James Pasternak in his opening remarks. “Whether you were born here or chose to settle here, to go about our daily lives we must work as one.”

“Let us pledge tonight that those looking back at this place in time as darkness descends on the republic to the south and the anniversary of the funerals of the mosque worshippers in Quebec City, that we did our part – renewing our faith in God, faith in ourselves, faith in each other to make sure that the community that we build is one of an enduring spirit of harmony, respect, and tolerance.”

The organizing committee for the event noted that, “‘Home’ has many meanings – where we live, where we come from, where we hope to be. It is our land, our origin and possibly our destination. By sharing what it means to each of us we allow for conversation and understanding to blossom.”

Ojibwe Elder Whabagoon spoke about her personal experiences of being placed in a foster home during the Sixties Scoop. The Sixties Scoop is a painful chapter in Canadian history when thousands of Indigenous children were placed in non-Indigenous care between 1960s and 1980s and which resulted in psychological harm that has affected survivors into adulthood.

“What I want you to be aware of is that it doesn’t stop there – our people are still experiencing the taking of the children,” said Elder Whabagoon. “So we want to give a moment of silence for the children that were taken away from their families, their land and their culture.”

Rabbi Tina Grimberg gave a wonderful narration of story of Abraham from Genesis.

“The door of home should never be fully closed,” said Rabbi Grimberg. “We are enriched when we invite people in.”

The evening also featured Wali Shah, a Muslim spoken word artist whose presentation was a powerful testament to the transformative power of faith.

”Home is true North strong and free… Home is place where neighbour catches you in adversity…Home is where we celebrate our diversity,” said Shah.

Powerful, inspiring words by spoken word artist @LifeAsWali :”Home is True North Strong and free… Home is place where neighbour catches you in adversity…Home is where we celebrate our diversity” @wihw celebration @DarcheiNoam @IDIGTA @NativeCentre Thx to our sponsors @IIT1630 pic.twitter.com/T7X7234WlM

The program was presented by the Intercultural Dialogue Institute, the Native Canadian Centre of Toronto and Congregation Darchei Noam and sponsored by the Canadian Race Relations Foundation, Ve’ahavta and the Islamic Institute of Toronto.

The event was part of the World Interfaith Harmony Week that provides a platform – one week in a year – when all interfaith groups and other groups of goodwill can show the world what a powerful movement the interfaith community is.

The week allows for people of various faiths, cultures and traditions to become aware of each other through activities designed to bring them together and recognize that the common values they hold far outweigh their differences.

Based on The Common Word initiative, World Interfaith Harmony Week was first proposed to the UN General Assembly on September 23, 2010 by H.M. King Abdullah II of Jordan and unanimously adopted on October 20, 2010.

In the words of its founding declaration “World Interfaith Harmony Week seeks to bring together all people of good will, regardless of faith or no faith, to learn about each other and find ways to work together on common agendas.” 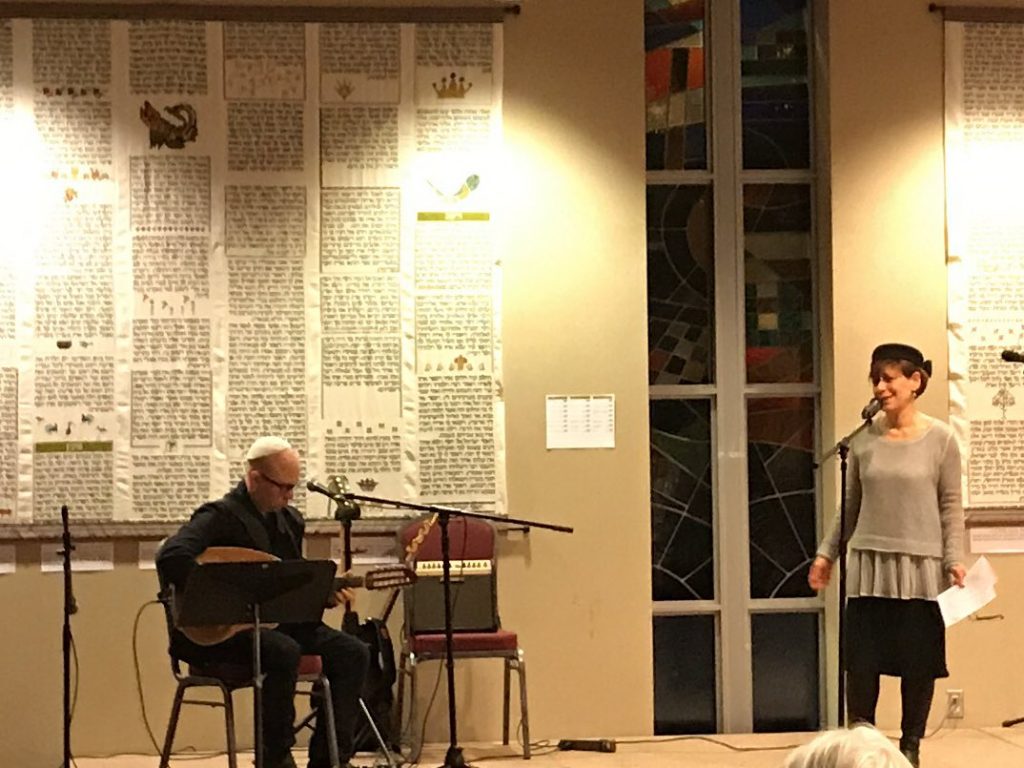 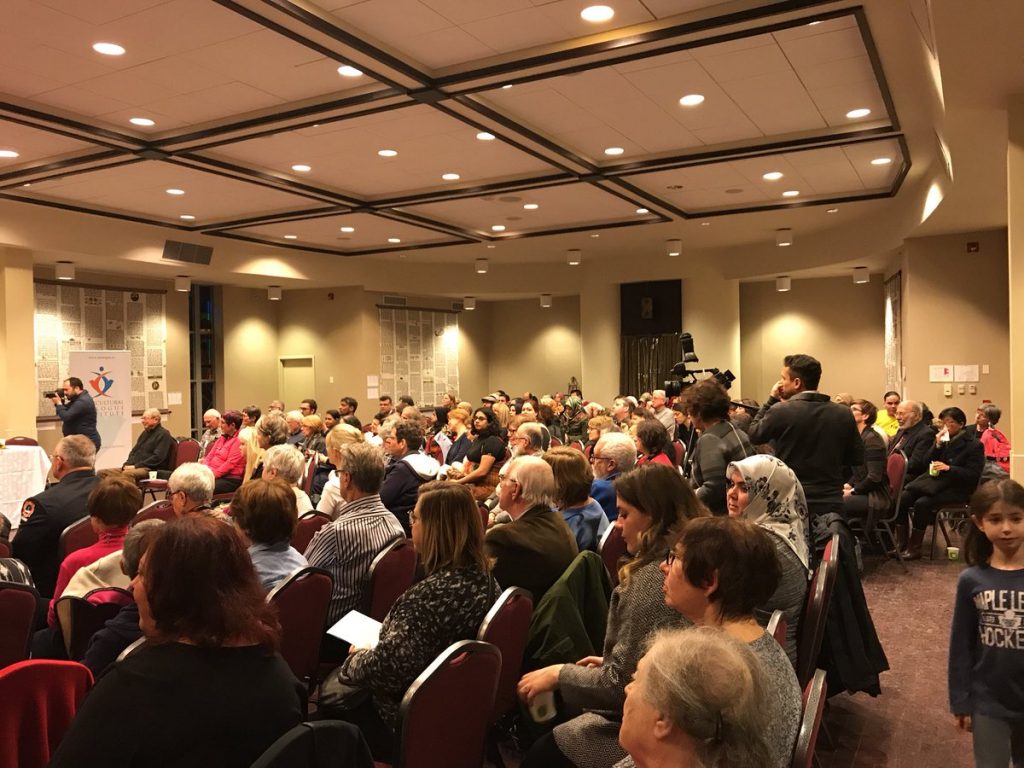 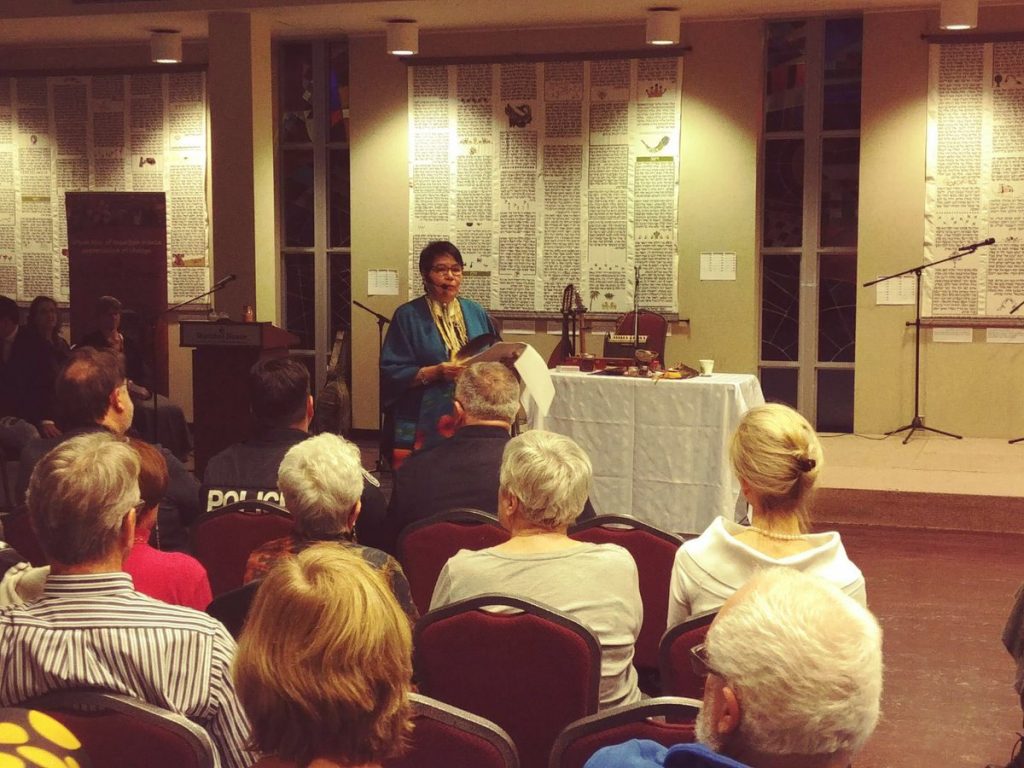 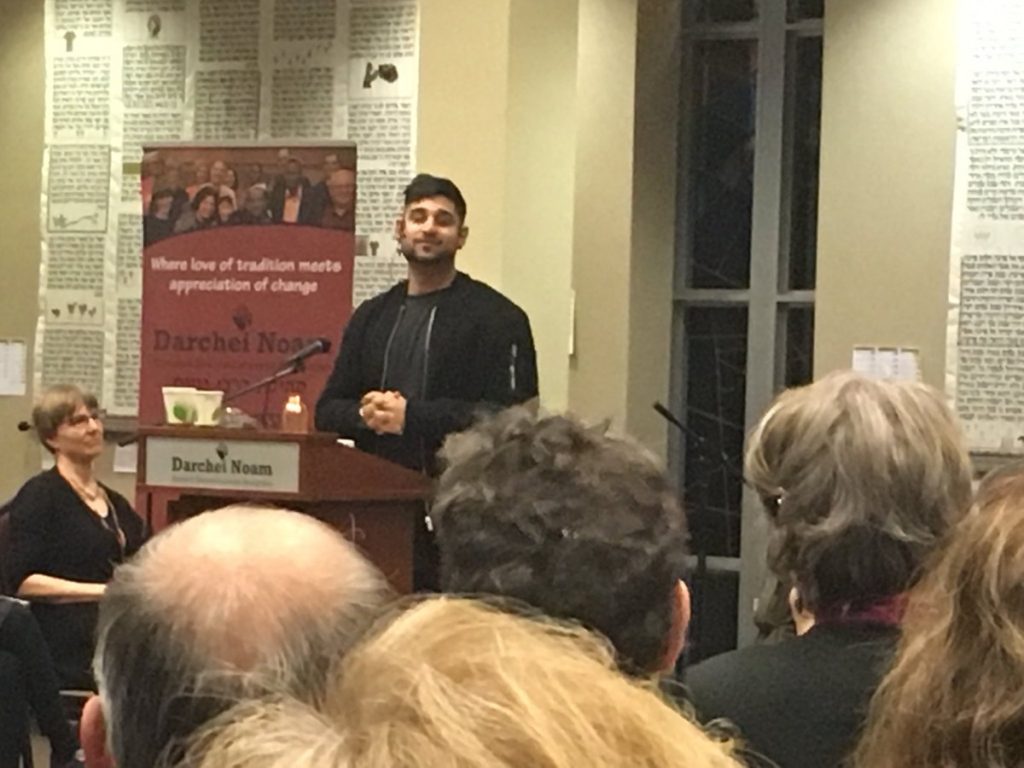 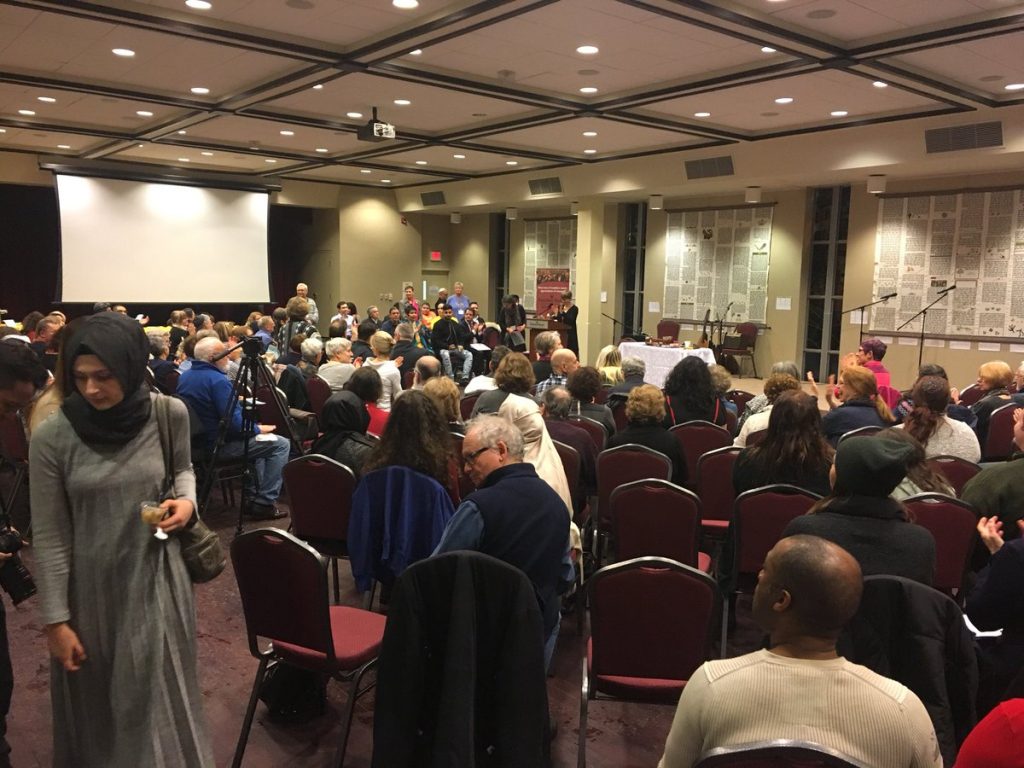 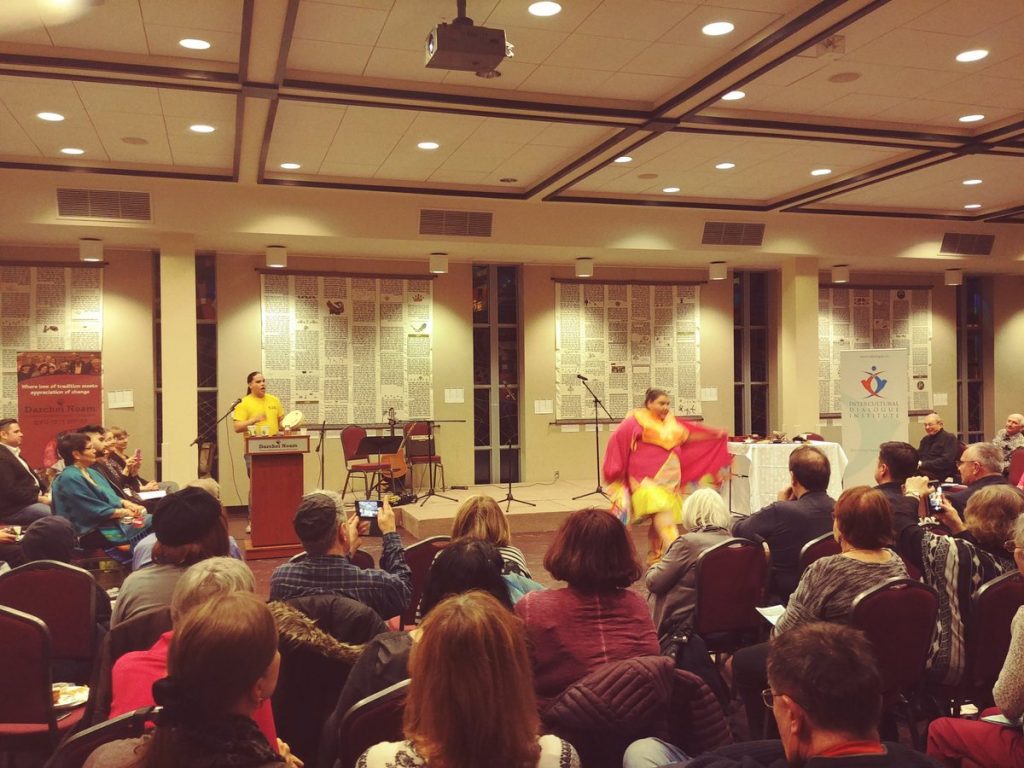 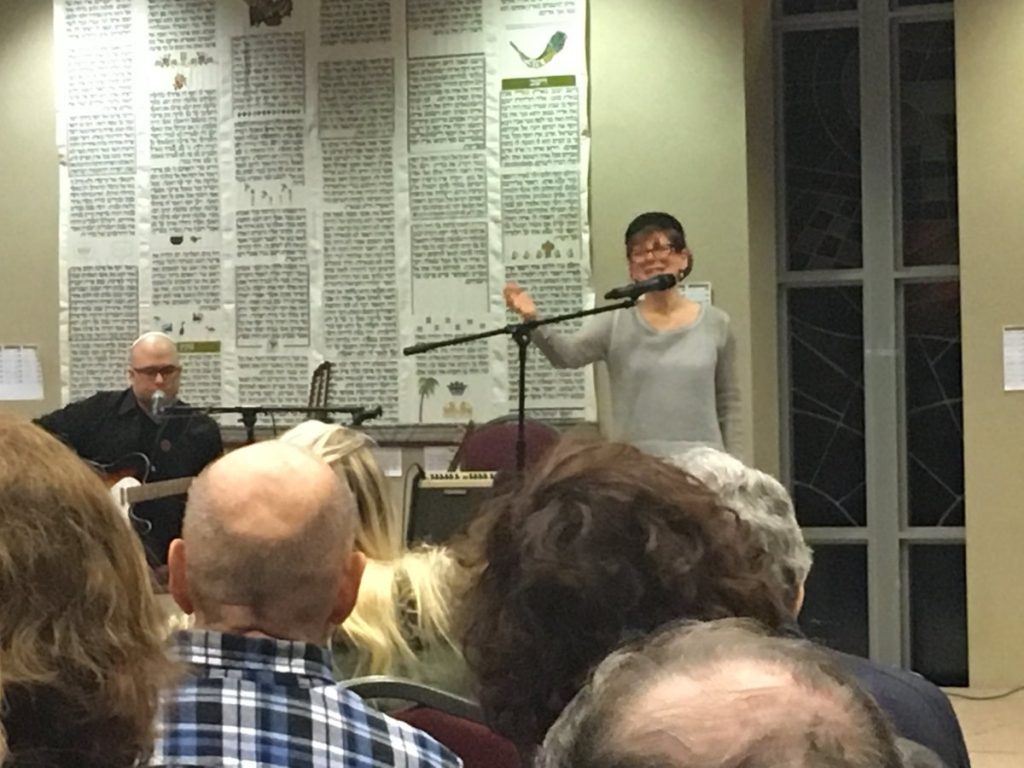 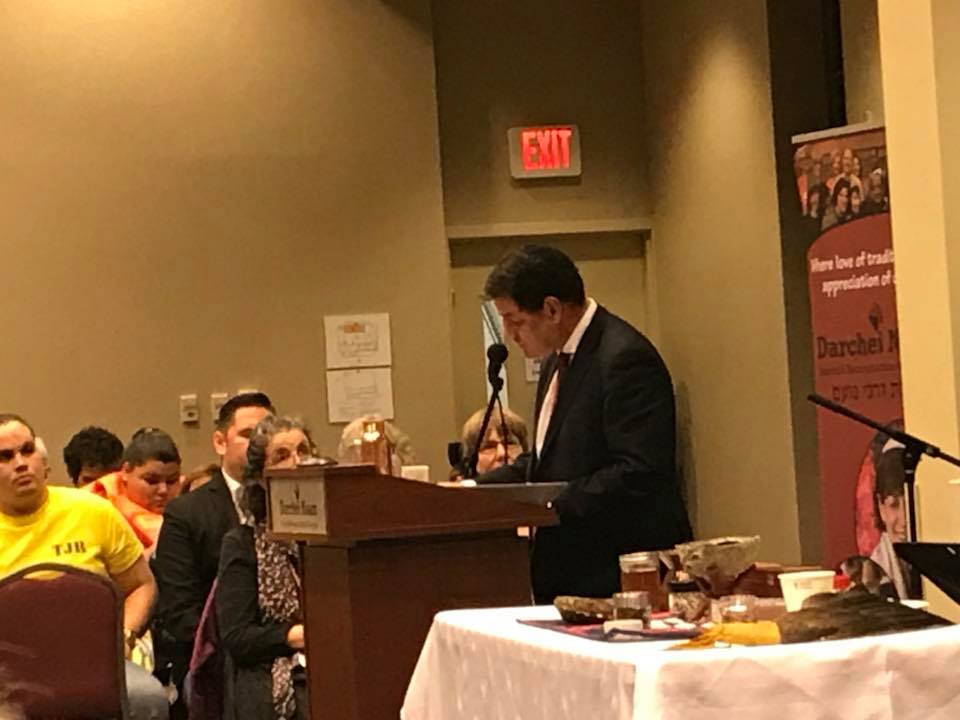