Despite the inclement weather and challenging road conditions, the Vic Chapel at Victoria College was filled with people from across the city who came out to listen to Dr. Abd-Allah deliver his lecture on ‘Islam and the Cultural Imperative.’ 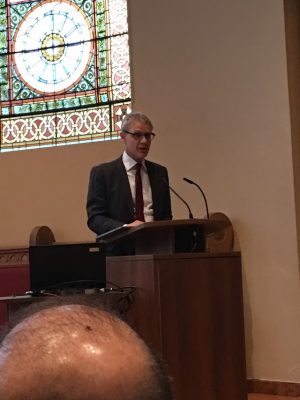 “Welcome to this special evening and we would like to thank Mohamed Mansour for My Way Canada Business Development’s donation in support of the Mohamed Mansour Lectureship in Contemporary Islamic Studies,” said Dr. William Robins, President of Victoria University in his welcoming remarks. “This lecture is a wonderful complement to the Muslim Studies focus of the Master of Pastoral Studies Program at Emmanuel College and an important milestone in Emmanuel’s development into interreligious education.”

According to Emmanuel College, one of the key goals of the lectureship in Contemporary Islamic Thought is to encourage and support scholarship in Muslim Studies and sharing Islamic thought in the modern age with the public. Emmanuel College is hoping to bring prominent intellectuals to Toronto through this series of lectures.

Another goal of the lectureship is to strengthen links between Emmanuel College and the large Canadian Muslim community.

“A key measure for evaluating culture, in my belief, is its ability to impart a unified sense of self and community and consistent, well-integrated patterns of behaviour,” said Dr. Umar Faruq Abd-Allah in his keynote address. “Culture is ‘successful’, in my opinion, when it imparts an operative identity, produces social cohesion and gives it members knowledge and social skills that empower them to meet their individual and social requirements effectively.”

“Identity and social cohesion are fundamental outgrowths of culture, for better or for worse,” noted Dr. Abd-Allah. “Community and self-determination also have in the balance of achieving a successful culture.”

Dr. Umar Faruq Abd-Allah is an American Muslim who embraced Islam in 1970.

He studied Arabic and Islamic studies at the University of Chicago and received his doctorate there in 1978. He taught at the Universities of Windsor (Ontario), Temple, Michigan, and King Abdul-Aziz (Jeddah).

During several years abroad, he was able to study with a number of traditional Islamic scholars. He returned to the United States in 2000 to work with the Nawawi Foundation (Chicago), where he remained for more than a decade. He currently works under the auspices of The Oasis Initiative (Chicago).

He is engaged in independent research, writing, lecturing, and teaching across the United States, Canada, Europe, West Africa, and elsewhere with a focus on Islamic theology, spirituality, law and legal theory, and history. 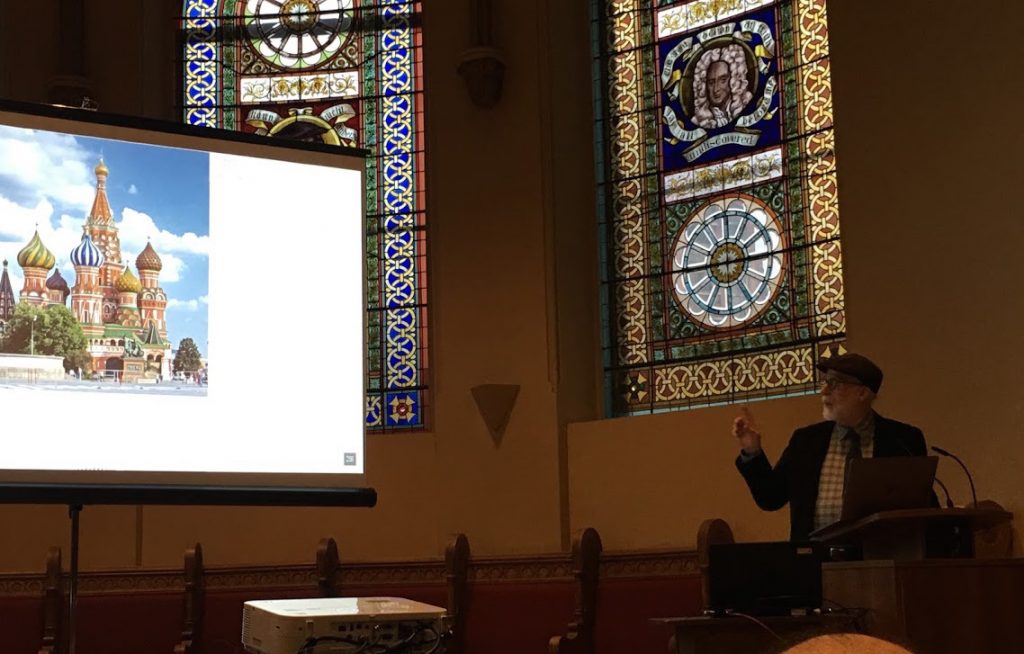 “In traditional Islam, Islam showed itself to be culturally friendly and, in that regard, it was likened by it scholars to a crystal clear river, its water and, by that they meant Islam, were pure, sweet and life-giving but have a colour of their own,” added Dr. Umar Faruq Abd-Allah in his keynote lecture. “But that water necessarily reflects the bedrock which is the indigenous culture over which it flows.”

“Consequently, Islam in China looks distinctly Chinese; Islam in Mali looks distinctively African and this sustained the cultural relevance of Muslims to every distinct people that they met, in every place and meant that they were not aliens in their lands. And in fact, this is one of the reasons that Islam created, in the pre-colonial period, a successful global civilization. “

Emmanuel College is a theological college of Victoria University in the University of Toronto. Over the past few years, the College has been attracting Muslim students to its Master of Pastoral studies (MPS) graduate degree. The program allows Muslim students to work toward qualifying as spiritual care workers and counselors in a variety of settings.