“The Muslim population in Canada is the fastest-growing religious group and the needs of this market continue to grow,” says Faizal Kagdi and Salima Jivraj, Co-Founders of Halal Food Festival Toronto. “Foodies – Muslim or not – are always excited to attend each year to see what new things they can try during the two-day festival’

“With over 200 of the Toronto’s top halal restaurants, bakeries, manufacturers, specialty stores and artisan vendors, this year’s guests are in for a diverse range of flavours from around the world all under one roof, all halal. Exhibitors are looking forward to getting their delicious creations into the hands of hungry guests.”

This year’s show expects to attract over 35,000 visitors from around the Greater Toronto Area and from the U.S.

According to most recent Statistics Canada’s data, it is estimated that the country’s Muslim population currently sits at 1.4M and is projected to exceed the size of Canada’s 1.6 million Chinese population by 2021.

As this niche community grows, the halal food sector has worked to fill in the growing gap. 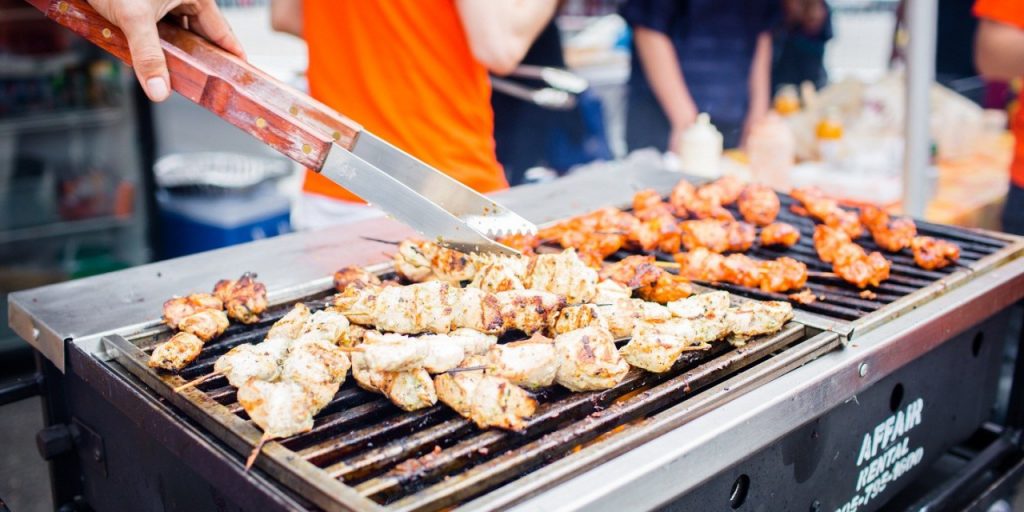 This year’s Halal Food Festival will share a glimpse of the multicultural community while giving insight into the food industry.

The opening ceremony will be hosted by Mark Strong, in-arena host for the Toronto Raptors on Saturday July 14 at 3 p.m. on the Redpath Stage. Redpath Sugar will host the main stage, complimented by a fully-designed IKEA kitchen for demonstrations.

The festival also features a 14,000 square foot Kids Zone included with admission, a baby lounge for families with young children, a dedicated shopping bazaar, and lots of free parking. The festival is dedicated to creating a fun-filled, family-friendly environment for all attendees to enjoy.

With so much of the Muslim community being made up by larger and younger families, events like the Halal Food Fest makes it possible for all ages to have a good time.

This year’s title sponsor for the festival, Sufra, an HMA-certified halal brand, will be hosting a children’s cooking class featuring Sufra products as well as providing complimentary food samples.

Launches this year will include Carne Jerky Co with their new brand of halal, made in Canada Angus beef jerky and Centrale Bergham is making its first Ontario appearance with their quick-service franchise based out of Quebec.

The vibrant Muslim community in the area is the host to two other large annual gatherings of North American Muslims, the Reviving the Islamic Spirit (RIS) Convention in December and the summer festival, MuslimFest.

A survey showed that the overwhelming majority of Muslims are proud to be Canadian, and that they are more educated than the general population.