Canada is celebrating Islamic History Month (IHMC) in October and the government is encouraging Canadians to partake in activities across the country to build greater understanding of Muslims.

“Today marks the beginning of Canadian Islamic History Month,” said the Honourable Pablo Rodriguez, Minister of Canadian Heritage and Multiculturalism, in a press release. “First recognized by the Parliament of Canada in 2007, this month is an excellent opportunity to honour our country’s large Muslim community and recognize its valuable contributions to shaping our country.”

“Muslim-Canadians enrich our lives and contribute to the prosperity and growth of our country through outstanding achievements in many fields, including literature, mathematics, science, sports and the arts,” he added. “Our government is proud to promote the diversity that makes Canada an inclusive country and a great place to live.”

“This year, as we mark the 30th anniversary of the Canadian Multiculturalism Act, let us cherish this diversity, which unites us and makes us strong,” noted Minister Rodriguez. “As Minister of Canadian Heritage and Multiculturalism, I invite all Canadians to celebrate Canadian Islamic History Month to deepen their knowledge and understanding of the Muslim community’s rich heritage and to participate in activities taking place across the country.

Bridge building is one of the goals of IHMC. The month provides a time to focus on celebrating and educating the Muslim and non-Muslim community on the rich history, heritage and culture of Canadian Muslims and Muslims around the world.

A number of cities across Canada have been proclaimed October as Islamic History Month. Canada’s largest school board, the Toronto District School Board (TDSB), has planned a series of activities for students and staff.

“This year, the TDSB’s theme for IHM 2018 is, ‘Our Journey Continues…’,” said the TDSB in a press release. “We encourage all members of the TDSB community to join us in continuing to learn about the heritage and history, culture and ongoing contributions of our Muslim fellow-Canadians.”

“A variety of IHM 2018 events and learning activities are planned throughout the month of October for students and staff across TDSB,” added the school board.

Throughout the country, Islamic Centers and mosques will be holding exhibitions, lectures, workshops and film screenings to mark the month. 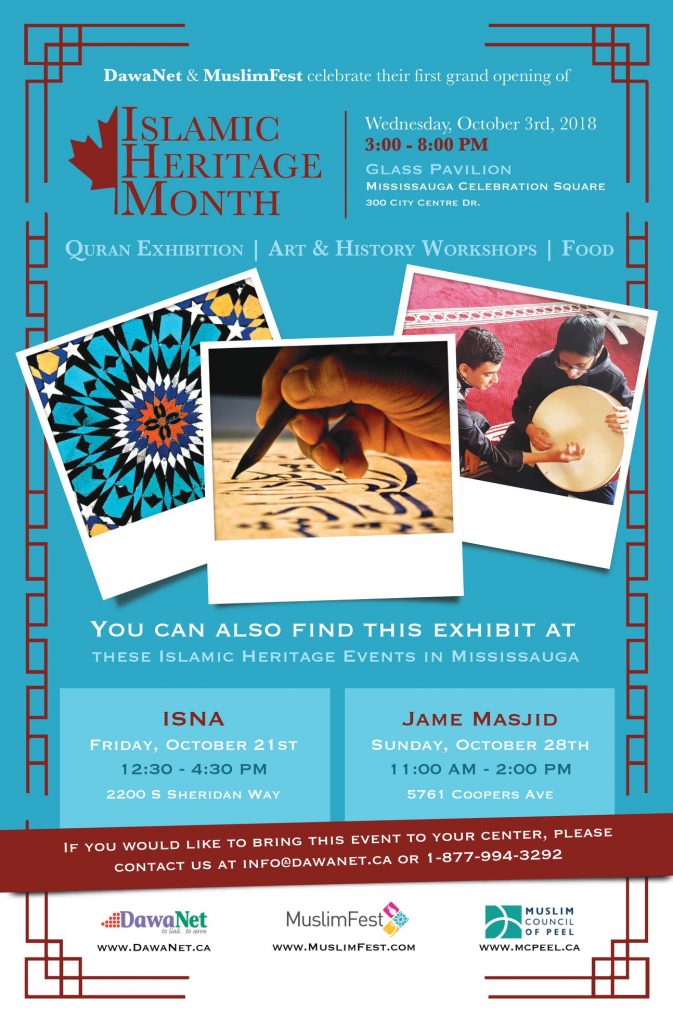 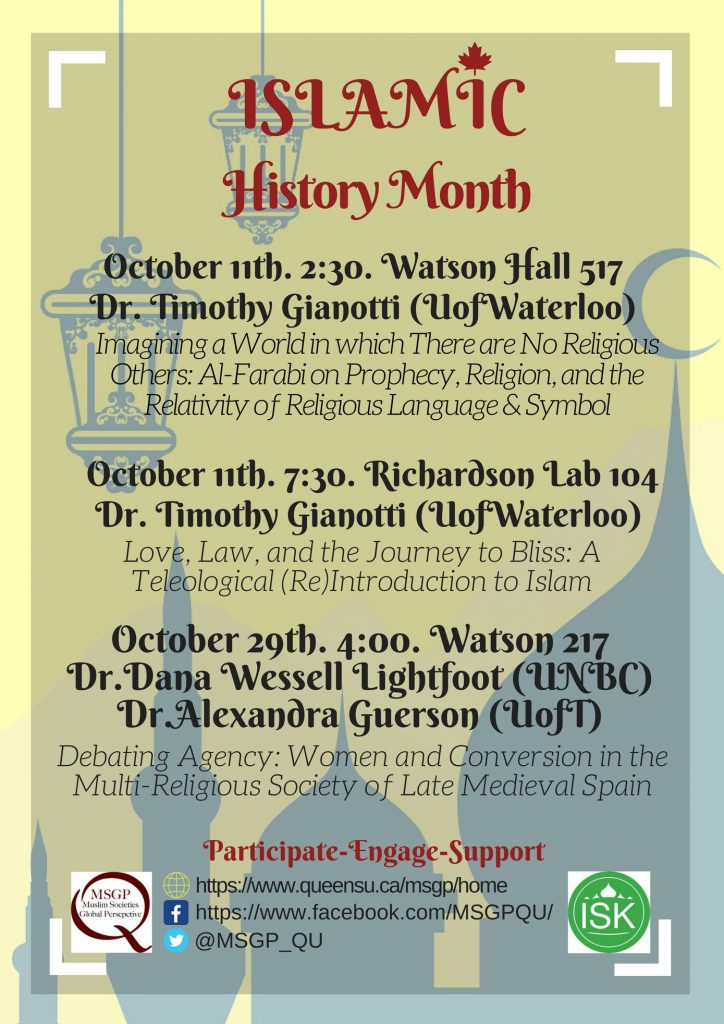 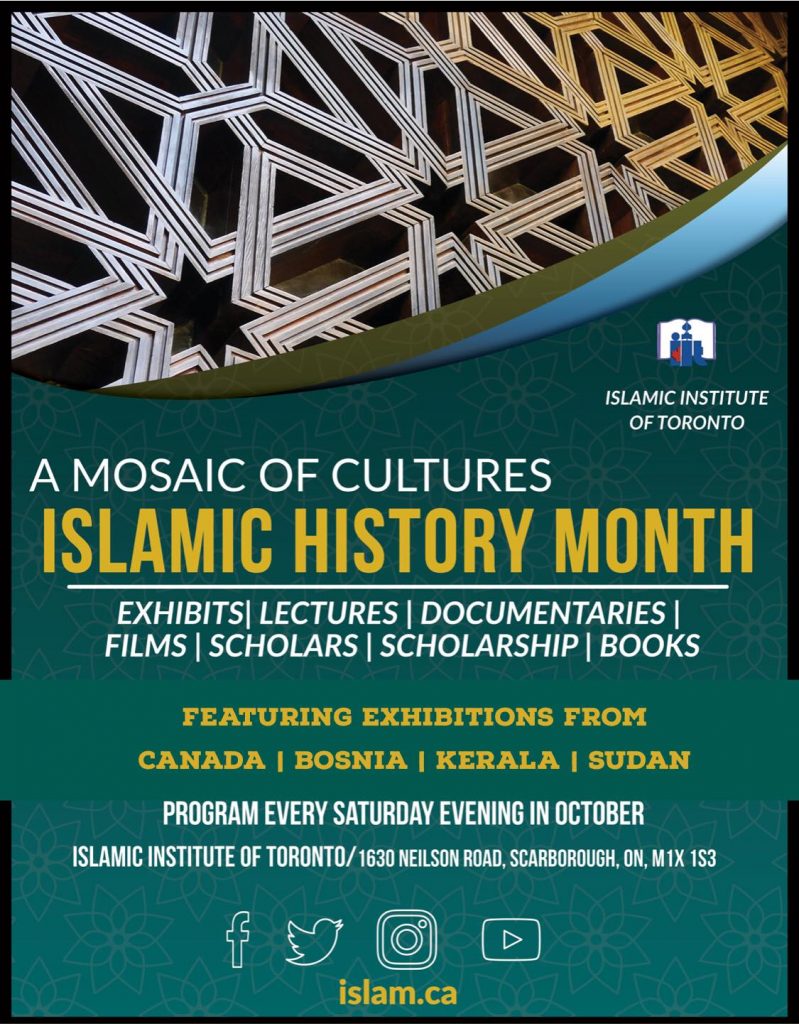 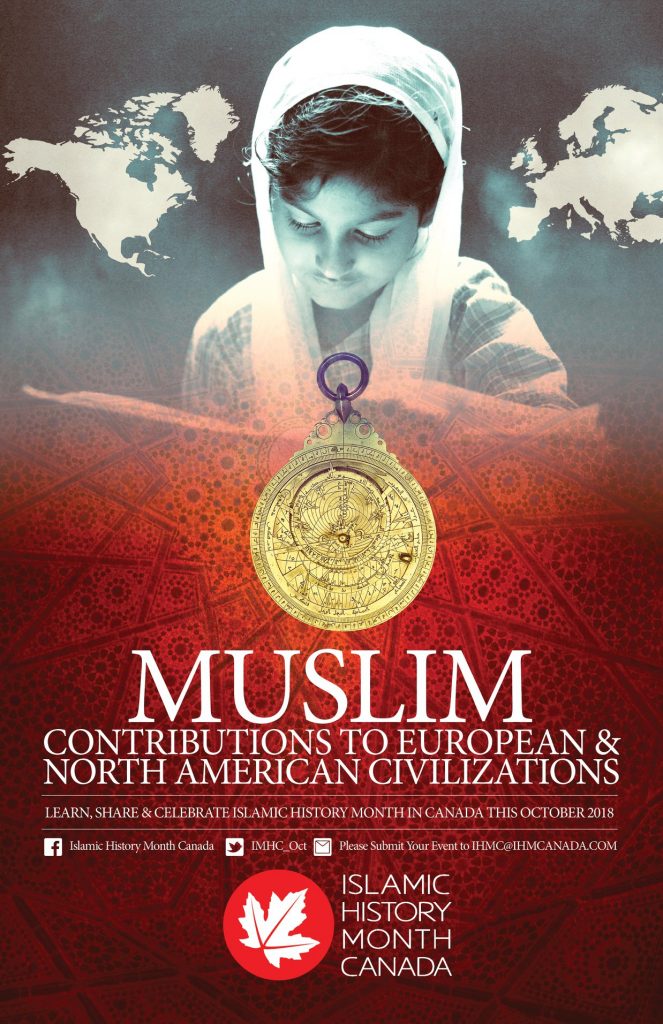