(TORONTO) – Anatolia Islamic Center opened its doors to faith leaders in the Peel Region for an interfaith Iftar dinner on Sunday, June 10th.

This was the second year that the Mississauga mosque hosted the interfaith gathering themed ‘Taste of Ramadan.’

“I would like to extend a warm welcome to all of you and thank you for being with us here today,” said Dr. Asim Hoca, Chairman of the Anatolia Islamic Center, in his welcoming remarks. “We are greatly honored by your presence.”

“Since becoming the chairman at the Anatolia Islamic Center I have developed a deep appreciation and respect for the tremendous effort and sacrifice needed to organize services for this community.”

“As all of you here, serving the community in one way or another, I consider a privilege. At a time when walls are being built, we must strive to build strong bridges and to promote understanding and cooperation.”

Peel region religious leaders from the Sikh, Hindu, Baha’i, Zoroastrian, Jewish and Christian communities reflected on fasting within their religious traditions and brought greetings to the Muslim community on the occasion of Ramadan.

In his remarks, Dr. Mustafa Khattab, Imam of the Anatolia Islamic Center, told the gathering that fasting in the month of Ramadan goes beyond abstinence from food and drink.

The evening concluded with a number of individuals being recognized for their contributions in various fields and for advocacy on behalf of the Muslim community. 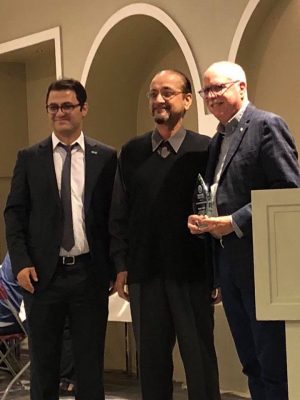 Bernie Farber received the Friendship Award for building bridges of peace and fighting for human rights.

“I appreciate the award this evening and for the consideration,” said Farber. “Listening to the speakers earlier, we see how similar our faith traditions really are – from fasting to the sharing of biblical personalities to the sharing of biblical stories, we have been cousins from time immemorial but it has only been in the last couple of decades that the Muslim-Jewish dialogue began.”

“My goal is to continue that dialogue and to bring the leadership of both the Muslim and Jewish community together.”

The Advocate For The Voiceless Award went to the NDP Member of Parliament Charlie Angus.

MP Angus said he was honored to be recognized by the Muslim community in Mississauga.

“I have such respect for the deep sense of solidarity and commitment to social justice among the Muslim community in Canada. I feel very much at home with them because I learned those same traditions of helping the poor and speaking up for the marginalized in the faith tradition I grew up in.”

Angus told the crowd that all politicians should be seen as the voice for the voiceless in our society.

“Running for political office is about being a servant of the public. We are called to be a voice for those who have no voice, to build bridges rather than walls of division. Politics should be about building a better and stronger sense of community. This award reminds me of the need to put those values front and centre in everything I do.” 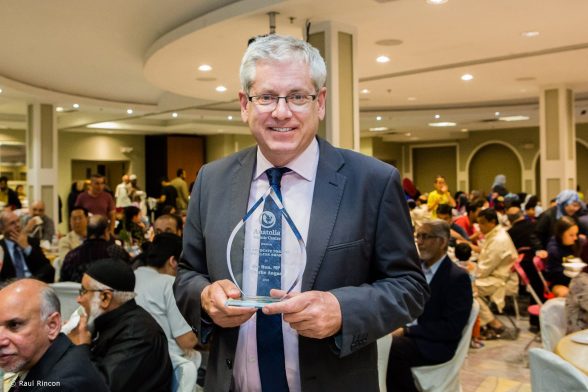 Other award recipients included Imam Abdul Hai Patel who received the Long, Distinguished Service Award for building bridges and representing the community in good faith; The Muslim Student Of The Year Award went to Ghaid Asfour for academic achievement and community service; The Community Service Award went to the Hon. Erdeniz Sen, the Consul General of Turkey for building bridges of friendship; The Advocate For Students’ Rights Award went to Peel District School Board Trustee Robert Crocker for supporting the students’ right to observe the Friday prayers; and The Community Award was given to MP Iqra Khalid for advocating the community’s rights and standing up against Islamophobia.

“It’s part of our outreach effort to welcome our neighbors and people of faith to experience Ramadan generosity with us and build bridges with other faith communities,” Imam Dr. Mustafa Khattab told IQRA.ca.

Anatolia Islamic Centre (AIC) was established by Turkish Canadians in 1998.

According to the organization, “Our goal is to create a highly-esteemed organization that leads in advocating for the religious, moral and spiritual values of the Muslim society in Canada and to contribute to peace and tranquility for all mankind, and to be a prestigious mediator on Islamic issues.”

“It is a tradition for Muslim organizations to host Iftar dinners not only for their congregations but also for friends such as yourselves,” Dr. Asim Hoca told the audience. “It is my sincere hope that we leave here tonight with even closer friendships.”

The Regional Municipality of Peel is a regional municipality in Southern Ontario, Canada.

It consists of three municipalities to the west and northwest of Toronto: the cities of Brampton and Mississauga, and the town of Caledon. 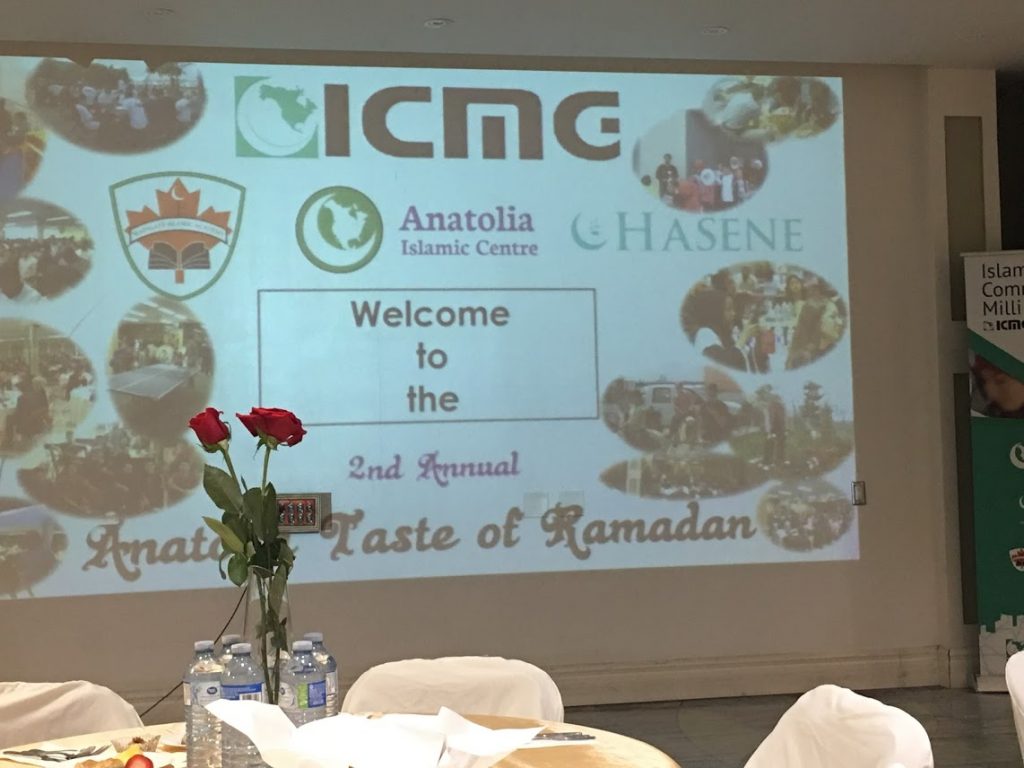 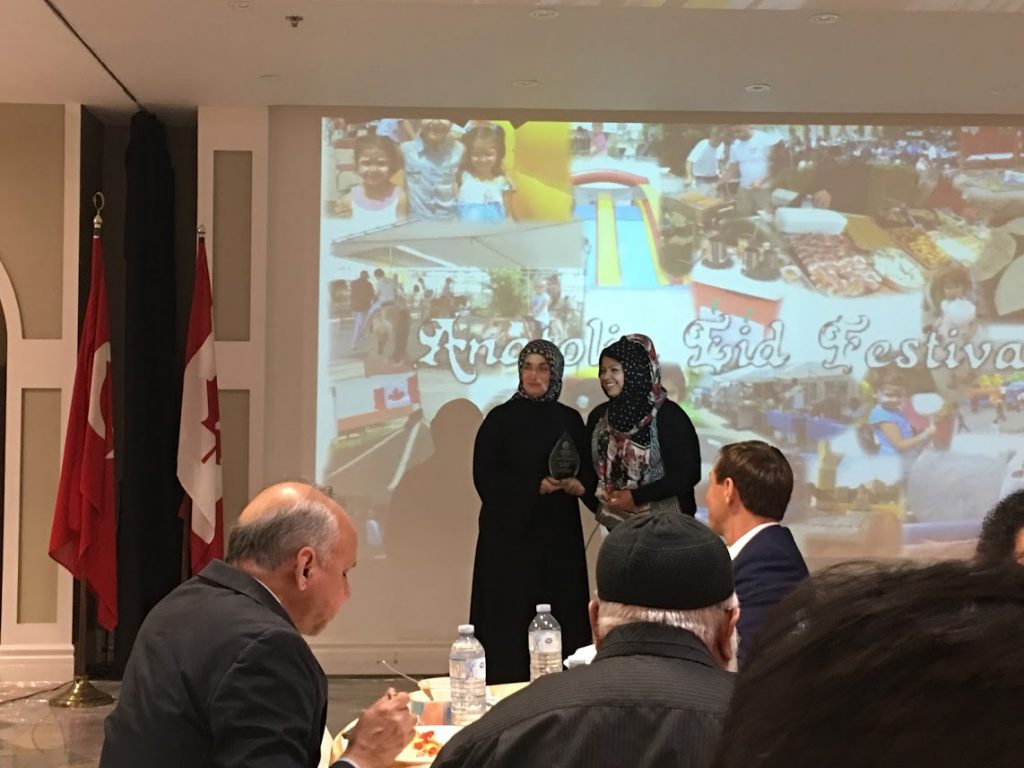 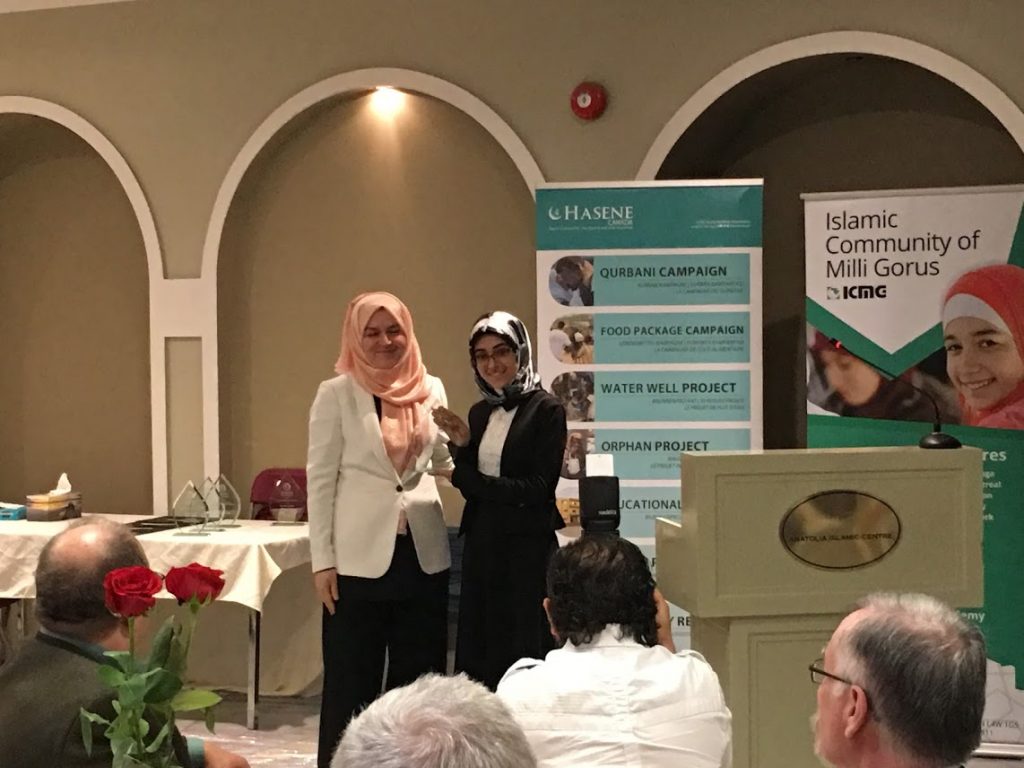 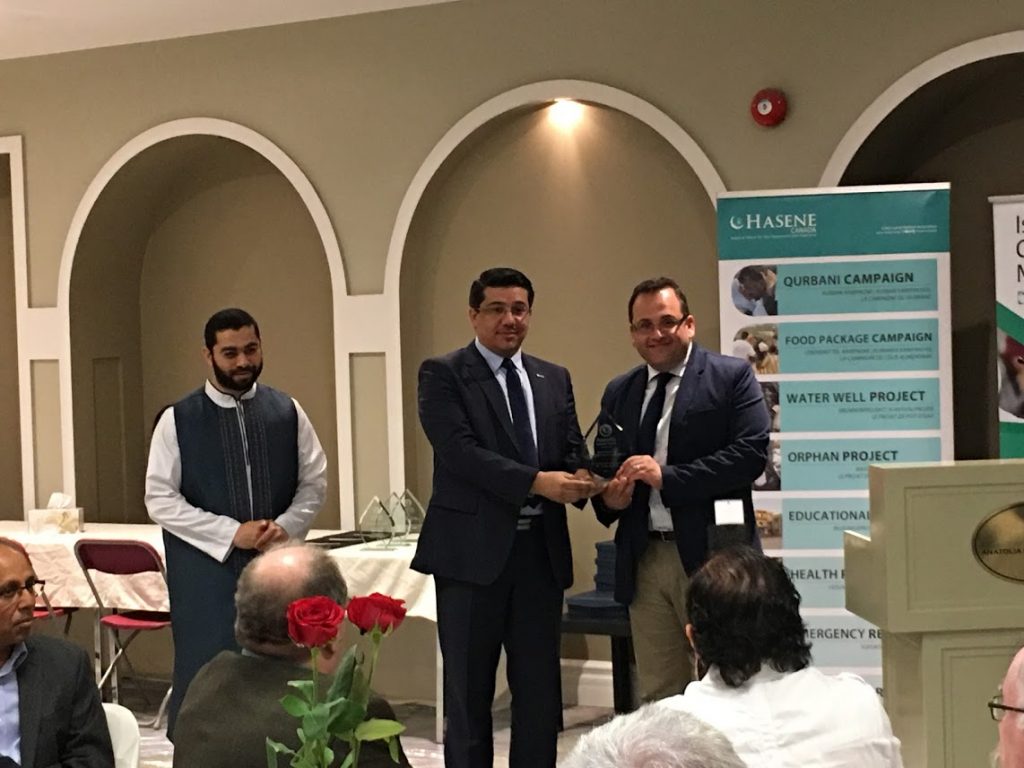 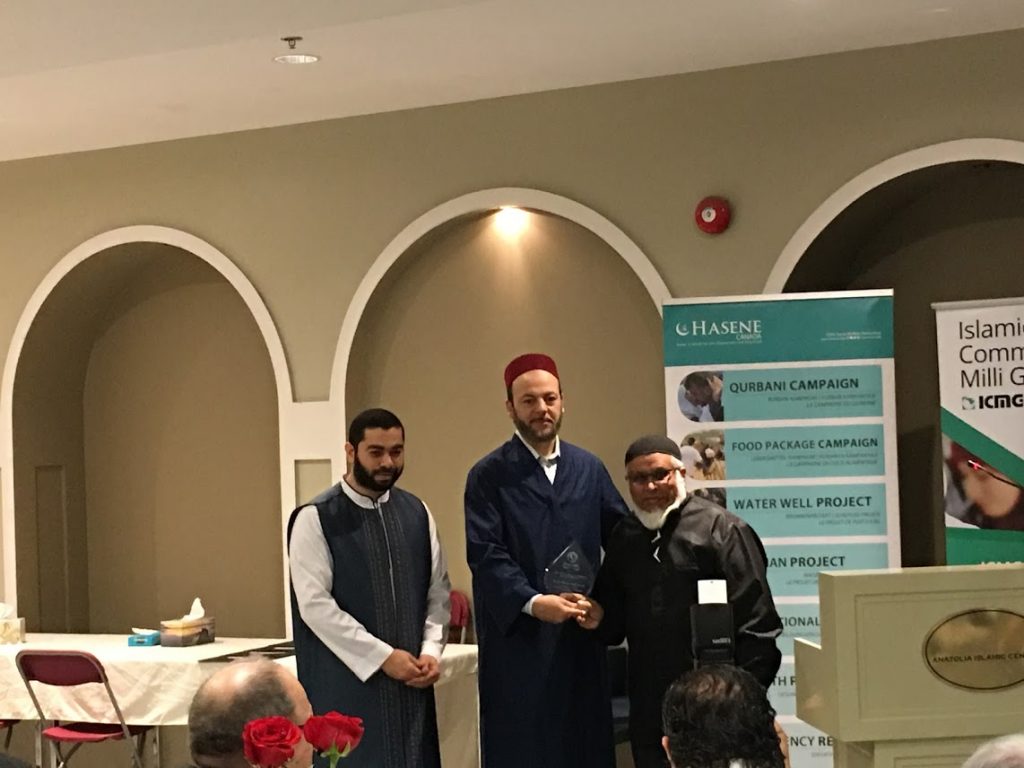 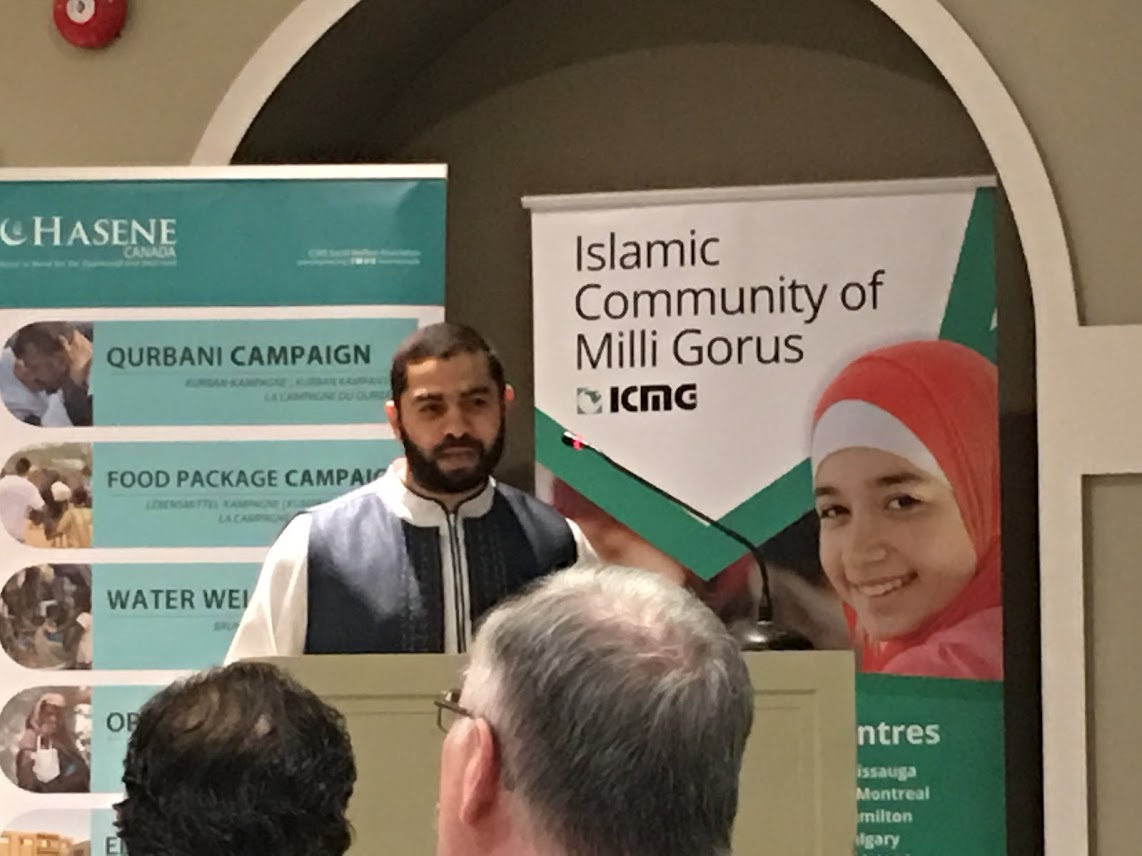 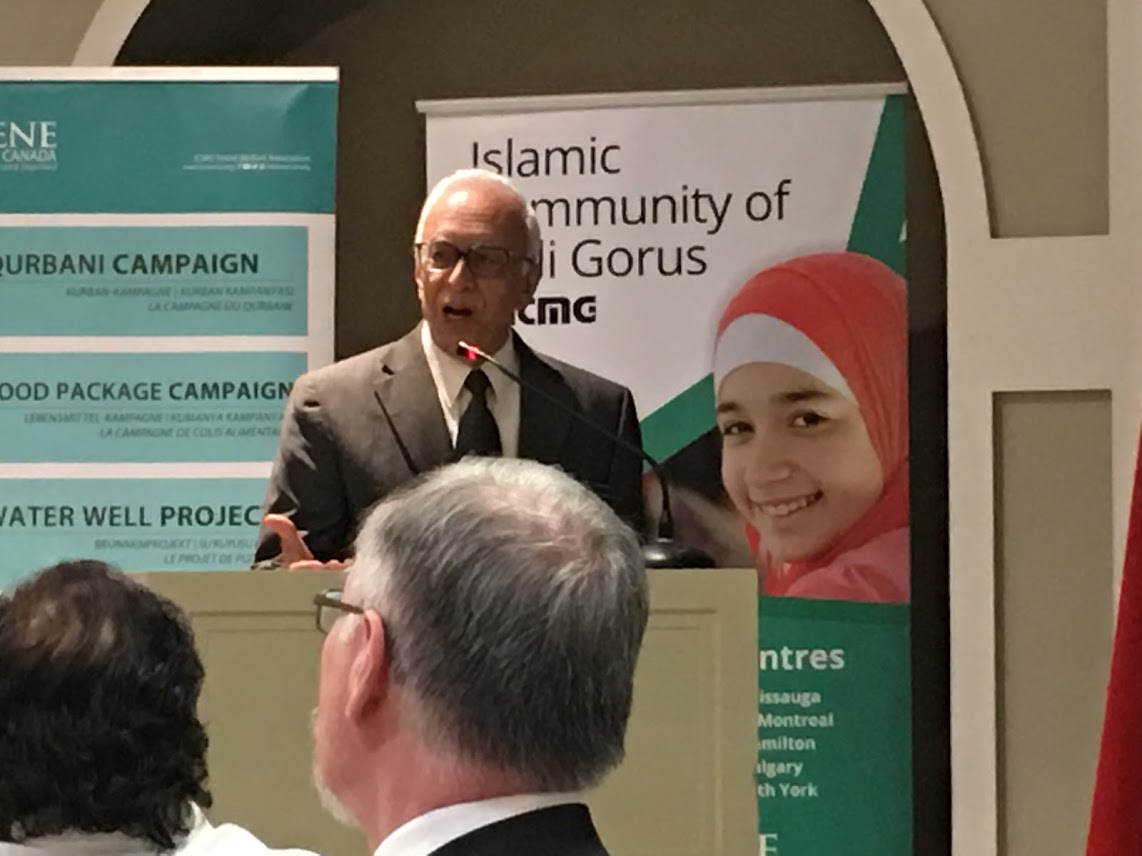 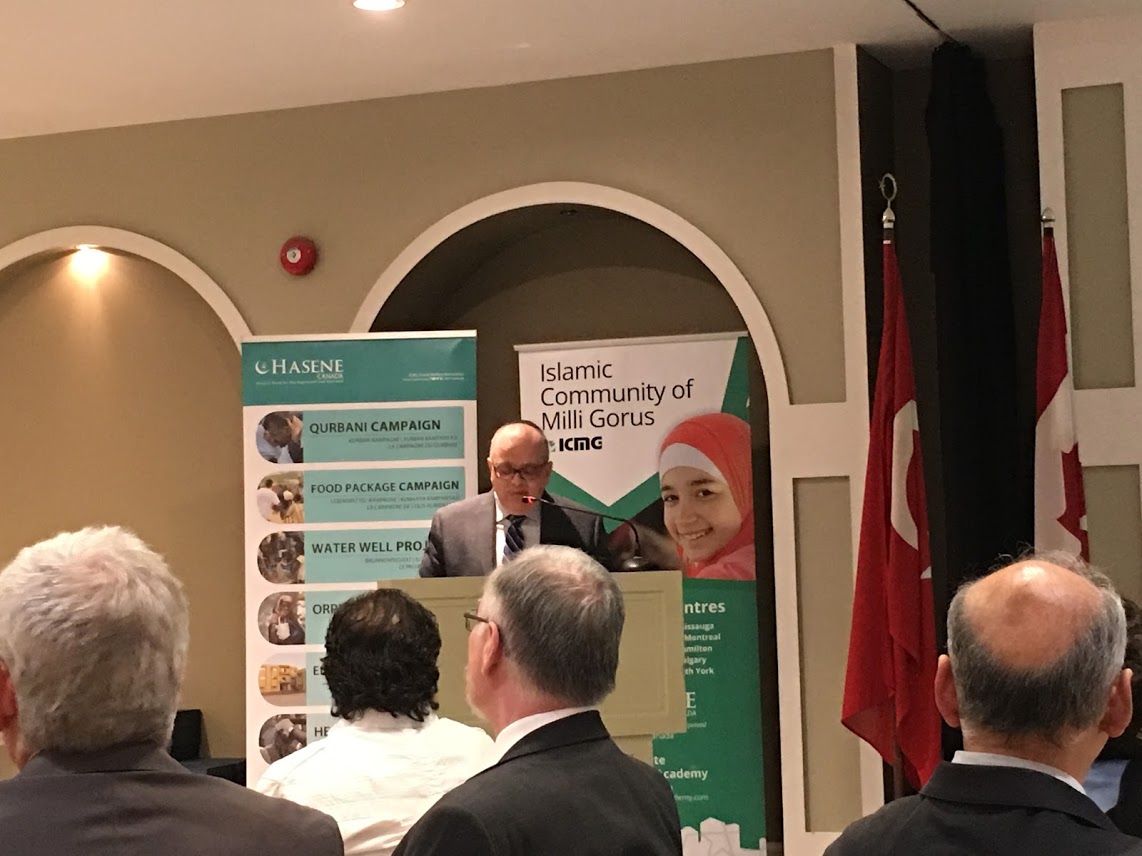 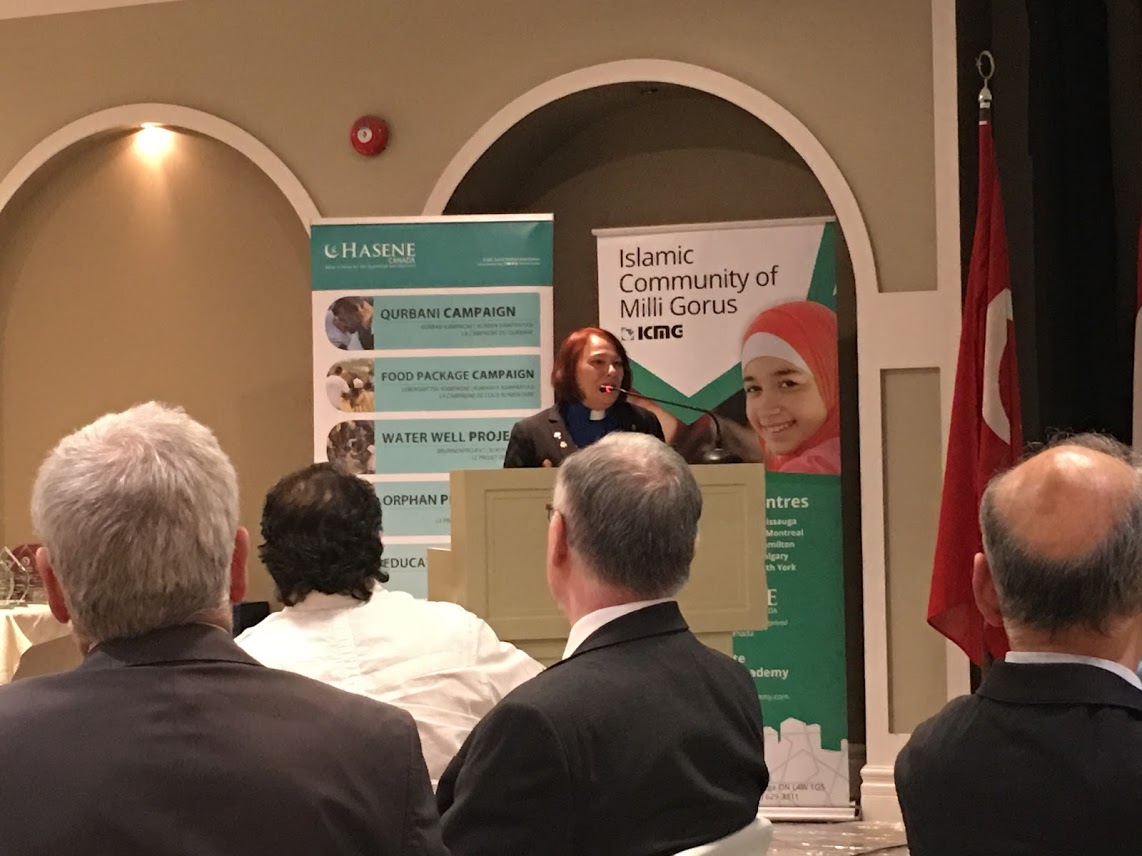 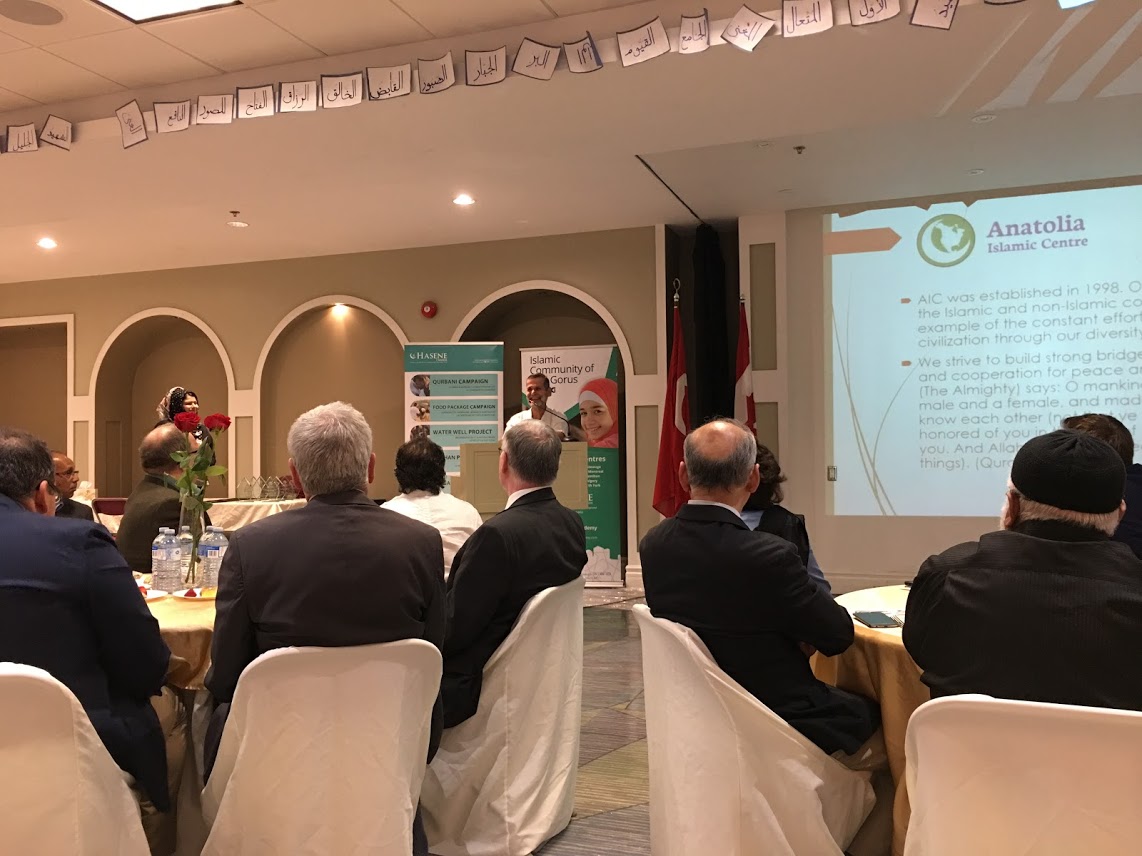 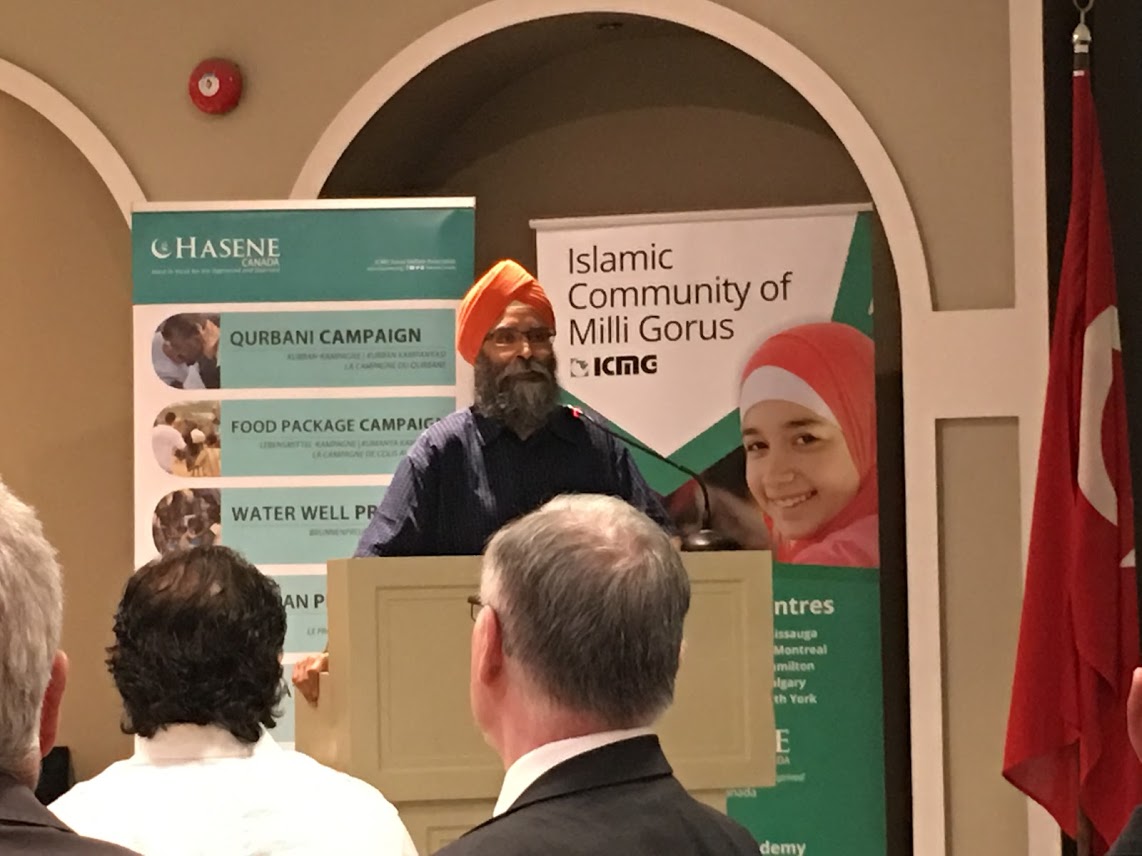 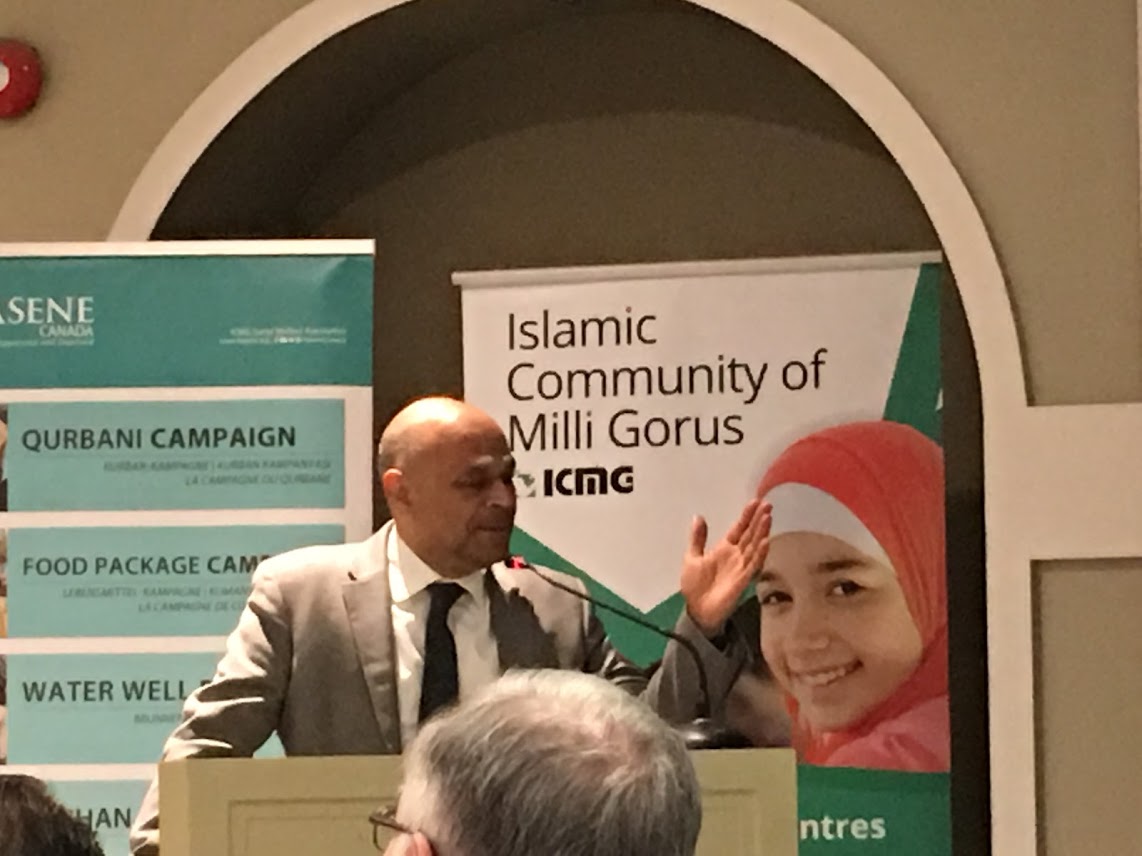 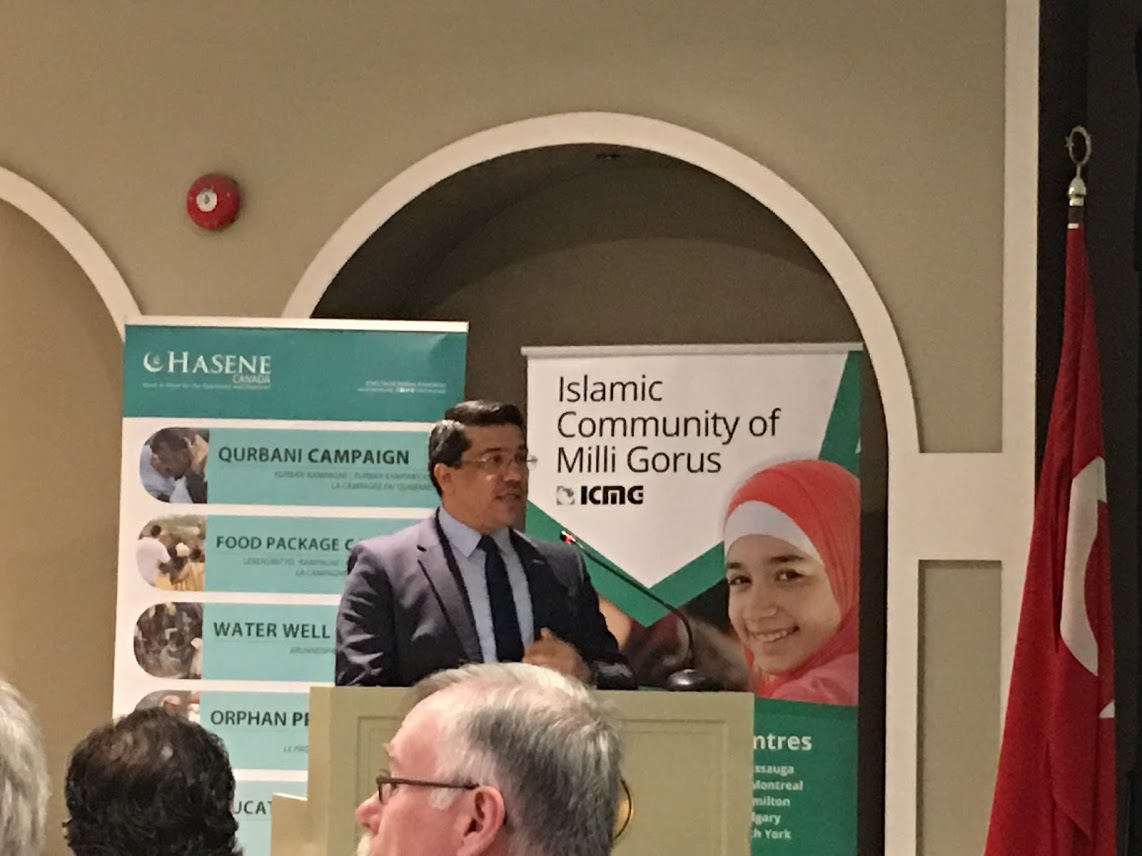 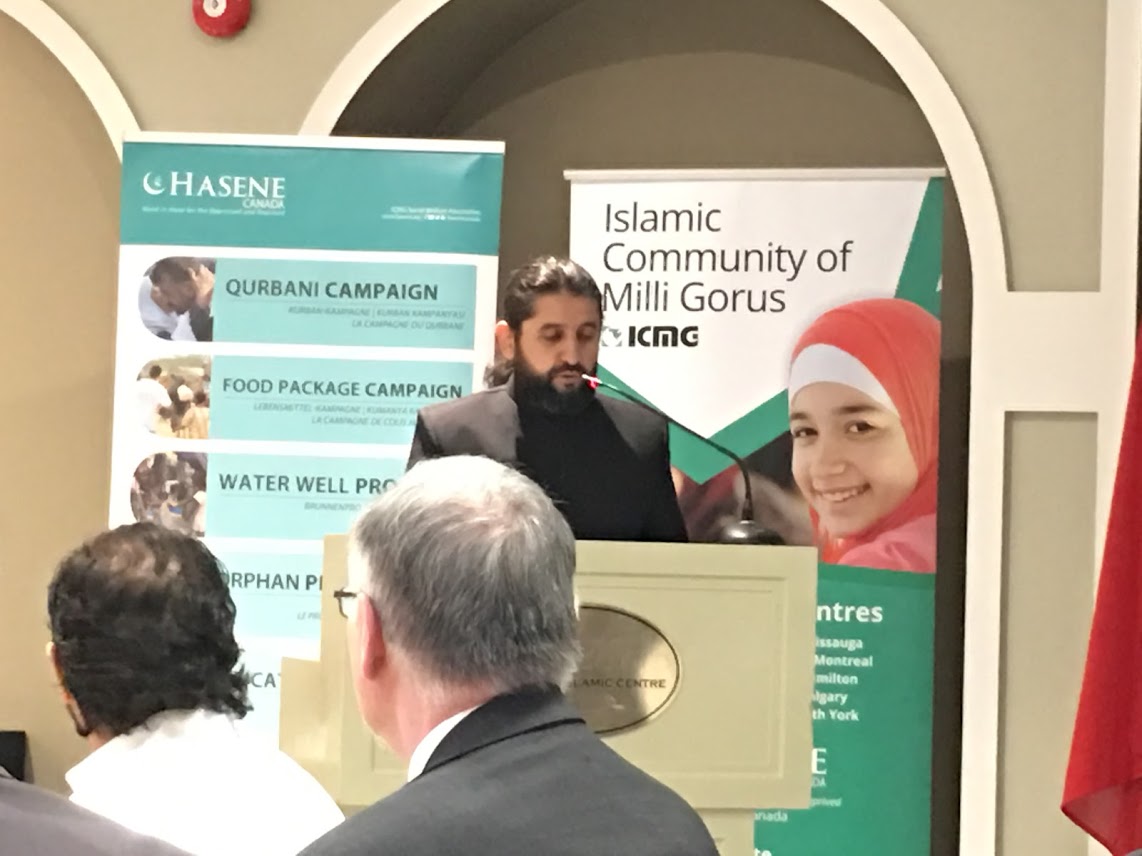 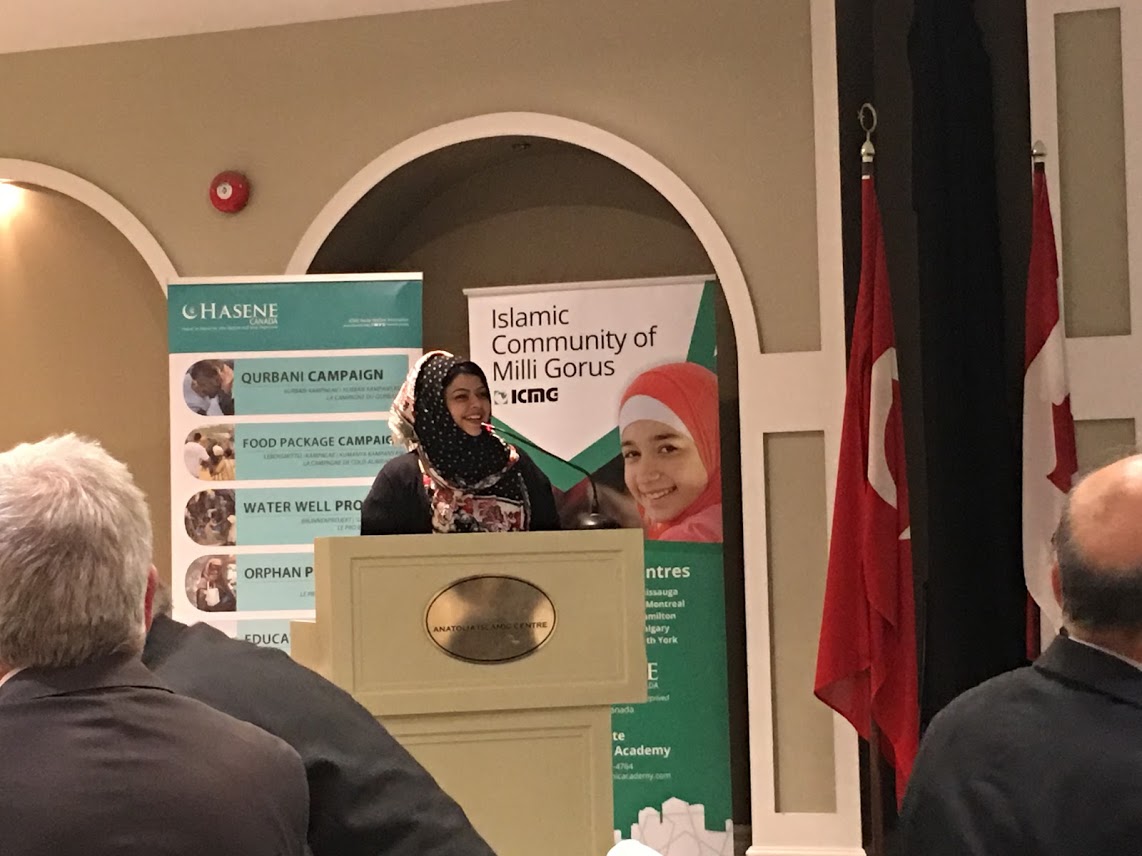