The Somali Youth Research Initiative is a response to a call for action from Somali-Canadian families and communities in Ontario who are continuing to lose their young men at an alarming rate to gun violence and homicide.

The first phase of the initiative, summarized in this report, has been to identify the nature and scope of the crisis by detailing the problem so future work can tailor better solutions. Other phases will include building awareness of the issues in Somali- Canadian Ontario communities, developing action partnerships and strategizing solutions to end the violence.

The researchers used a mixed methods approach, including (1) creating a demographic profile of the Somali community in Canada, (2) conducting an academic literature review of the seeds of marginalization and violence in Somali-Canadian communities, (3) undertaking a survey of police records and other sources, including media scans and community consultations, to create a first-ever Somali Homicide Database (for Toronto), (4) undertaking a provincial survey of young Somali-Canadians and (5) holding focus groups to explore the issues in greater depth (held in Toronto, Ottawa, and Kitchener-Waterloo).

Among the report’s key findings are the evidence of disproportionality with respect to the number of homicides and the size of the Somali-Canadian population. (Disproportionality is the extent to which a specific population is over- or under-represented within a certain phenomenon – for example, this study reveals disproportionately more homicides among ethnic Somali-Canadians in Toronto, compared to all reported homicides in Toronto, from 2004 to 2014.) Other findings underscore the negative and spiraling impact that this level of violence is having on families and communities who continue to struggle with issues of poverty, racism, Islamophobia and marginalization.

Alarmingly, homicide rates among Somali-Canadian men continue to increase, while victims are getting younger and unsolved homicides are on the rise.

(3) Bolstering mental health and other supports for Somali-Canadian families so that can begin to heal and build stronger communities. 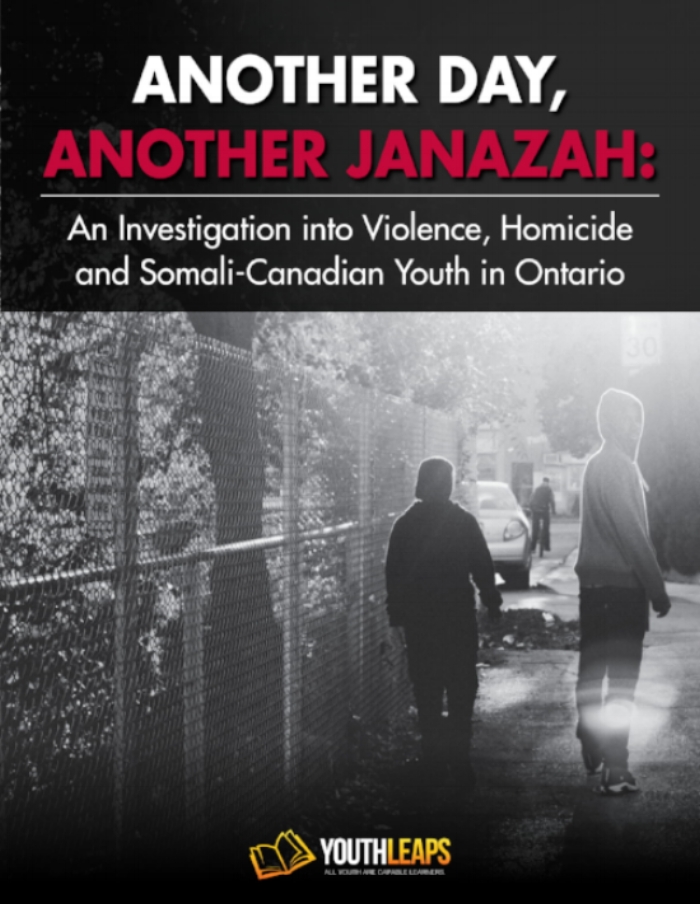