“We are excited to be hosting the first intercultural Ramadan Friendship Dinner with members from the Intercultural Dialogue Institute,” said Carol Weir of the Adath Israel Congregation.

Adath Israel Congregation is a Conservative synagogue located in north Toronto and has over 1800 member families.

It was founded in 1903 by Jewish immigrants from Romania as the First Roumanian Hebrew Congregation Adath Israel. The formal name was shortened in the 1950s.

The Friendship dinner was organized by Adath Israel Congregation and the Intercultural Dialogue Institute.

“These dinners are an opportunity to bring together people of various faith and ethno-cultural backgrounds and serves as a means of fostering dialogue and cross cultural awareness in our multicultural society,” noted Carol Weir

“Fasting plays a significant role in both Judaism and Islam,” added Weir. “While there are differences there are also similarities and tonight we will learn about these.”

“Sharing a meal is a very special and a powerful expression of welcome and friendship in both of our religions,” said Muneeb Nasir. “There is a spirituality of sitting together and eating with people across religious divides.”

Nasir told the gathering of the recent appeal issued by prominent leaders of the world’s major religions calling on the people of the world to unify and make friends across religions.

He noted that Patriarch Bartholomew calls on the world ‘to recognize the beauty of God in every living human being’ and the Archbishop of Canterbury adds that, ‘It’s not complicated, start with sharing what we all share, which is the pleasure of conversation.’

“Our meeting today to share in conversation and to share a meal is the beginning of a relationship that we hope will endure for many years,” added Nasir.

The event included a tour of the synagogue conducted by Rabbi Seed and a performance by Band 11 Sufi Music Group.

The Intercultural Dialogue Institute, a non-profit organization, aims to promote enduring interfaith and intercultural cooperation, tolerance and dialogue by sharing our differences and similarities in an effort to enhance civil society, to promote the development of human values, and to advance diversity and multiculturalism in the society. 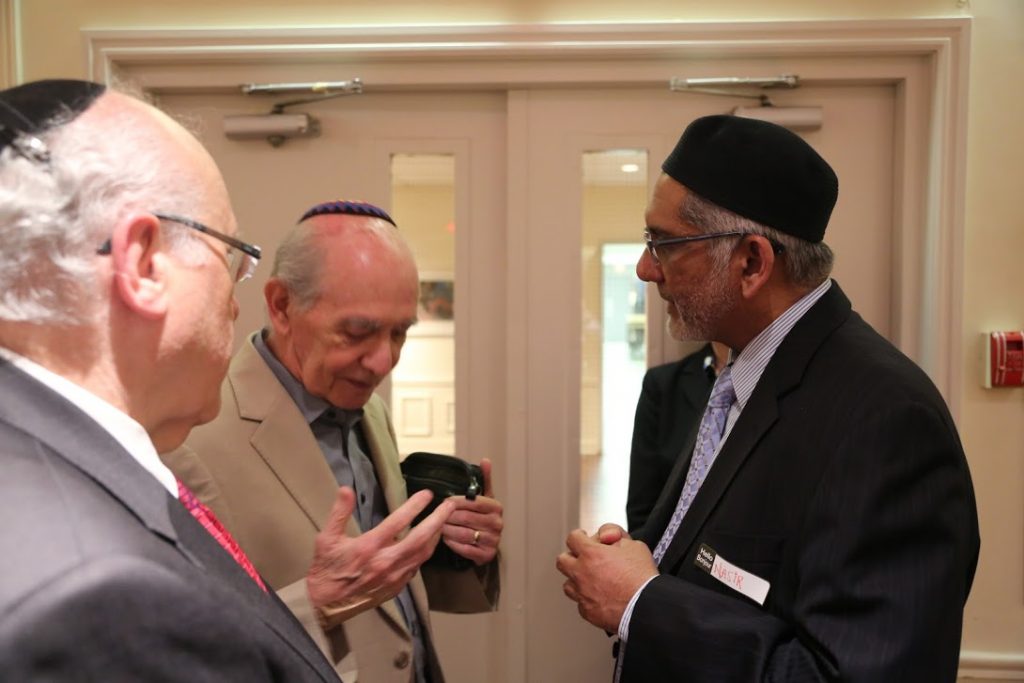 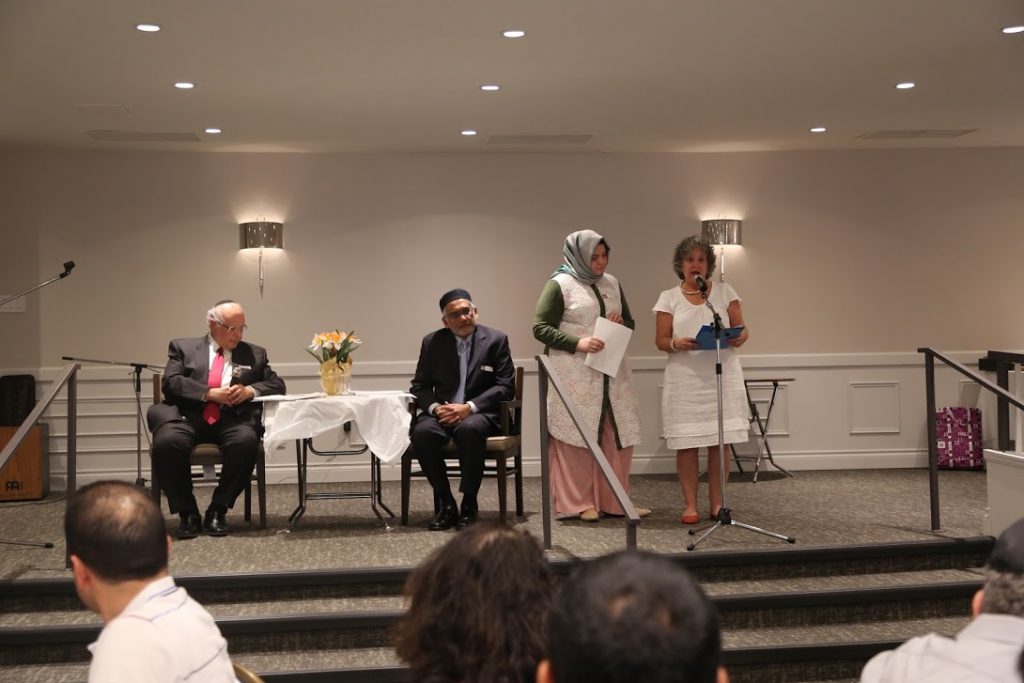 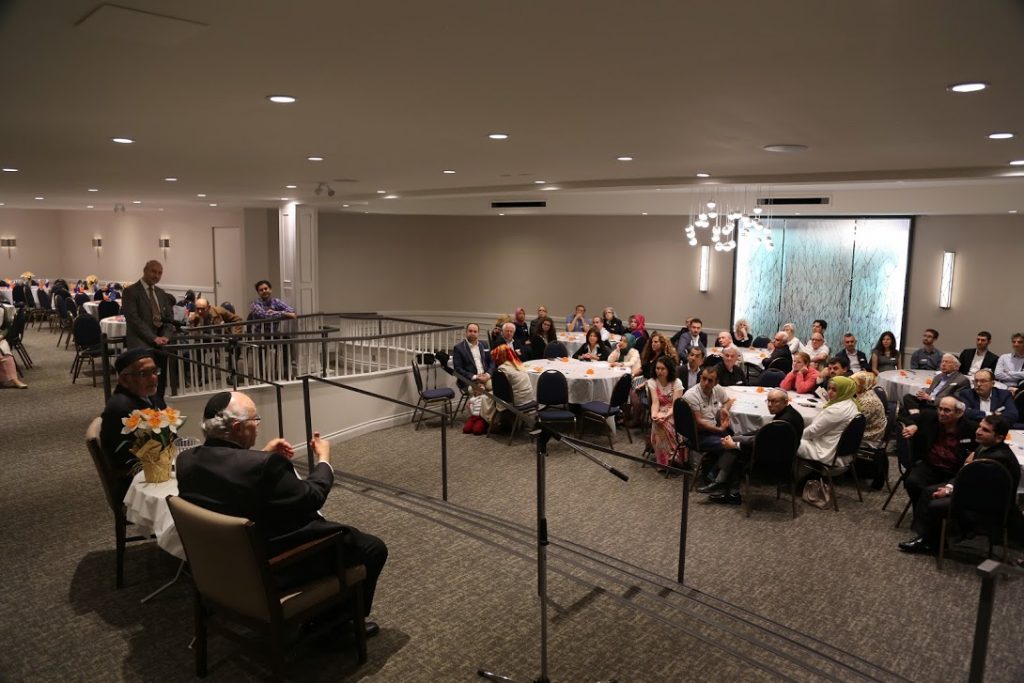 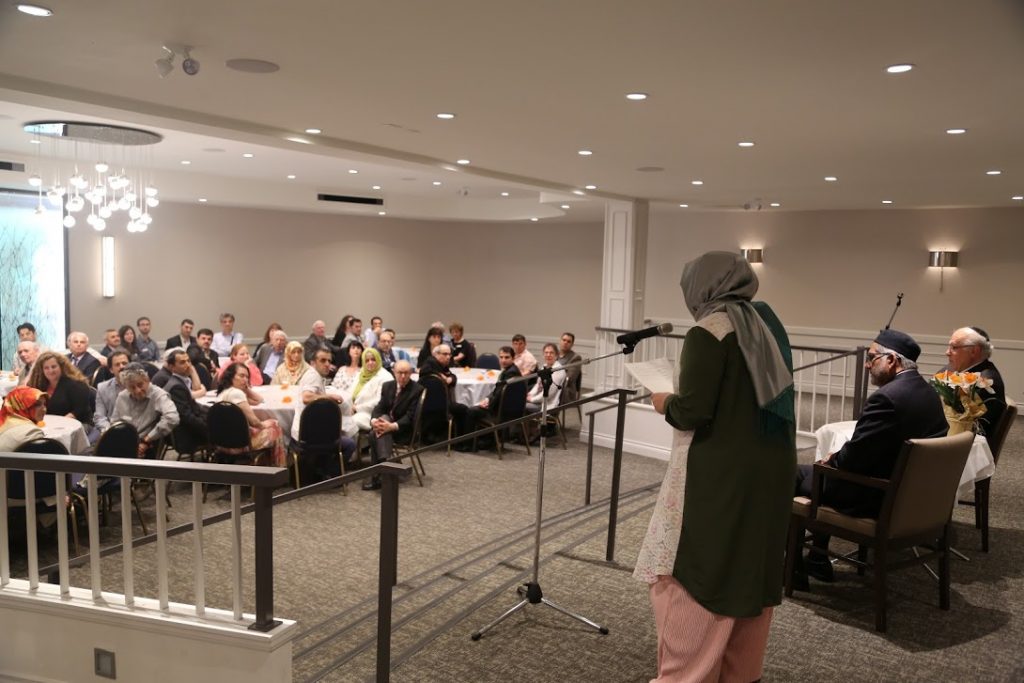 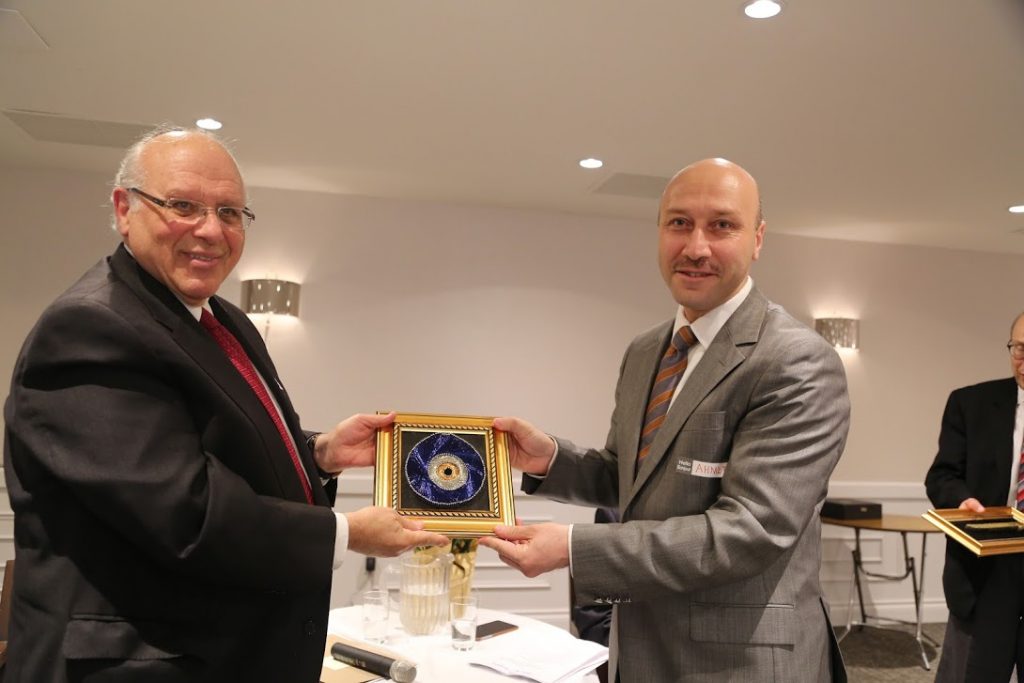 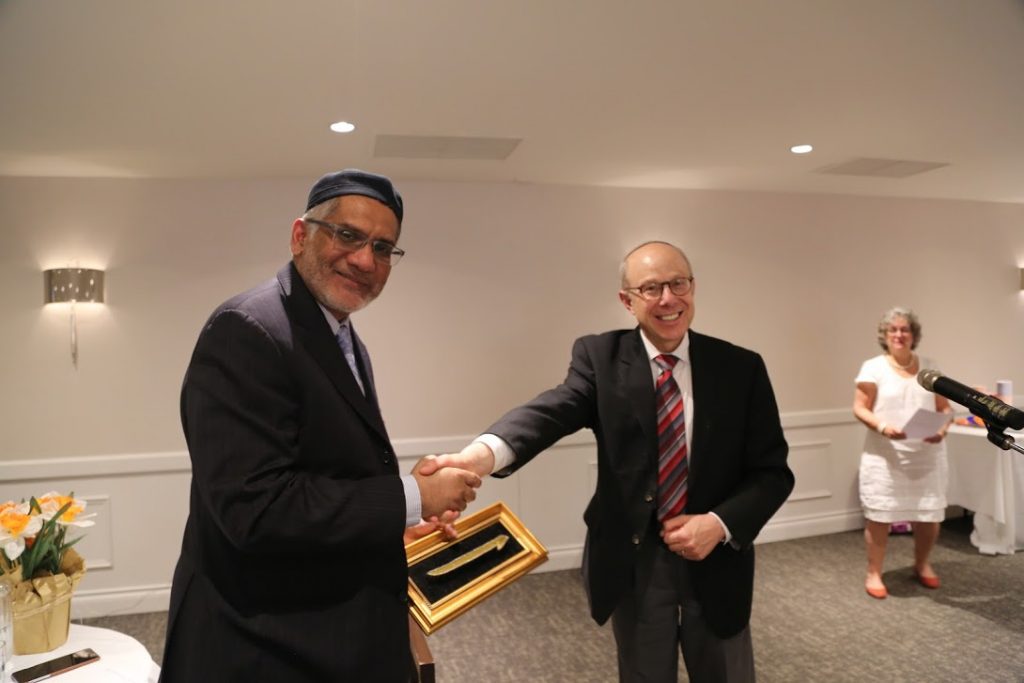 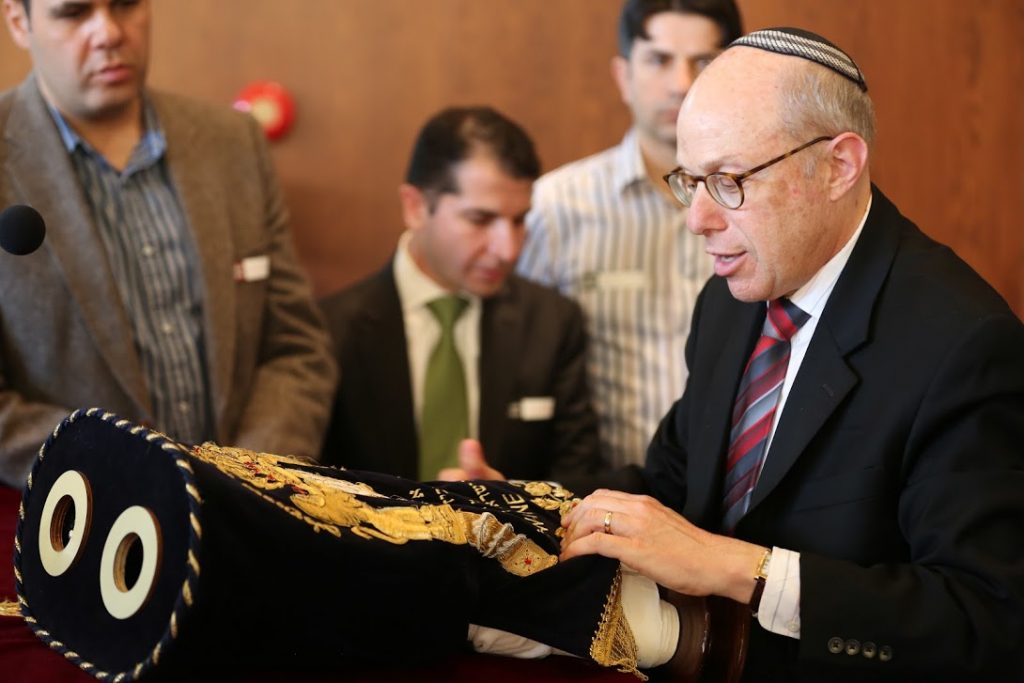 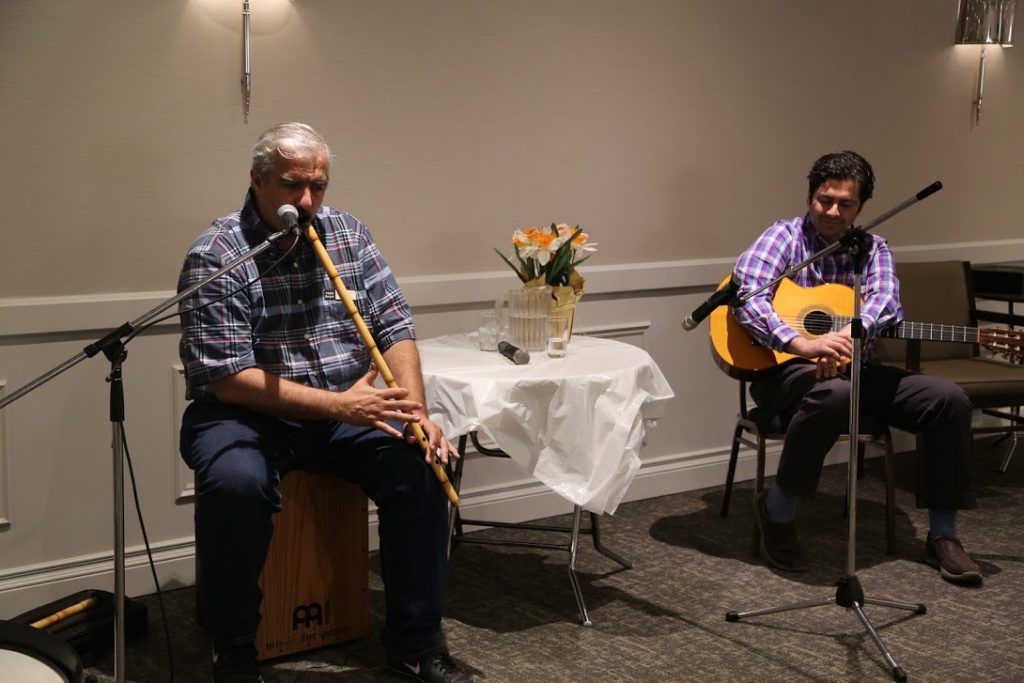 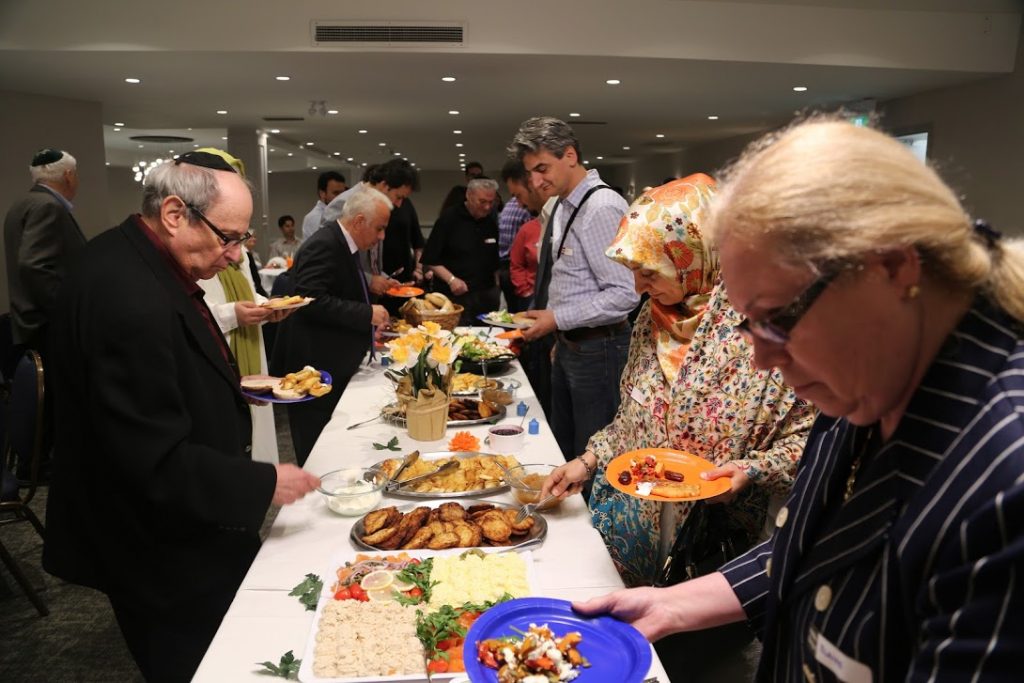 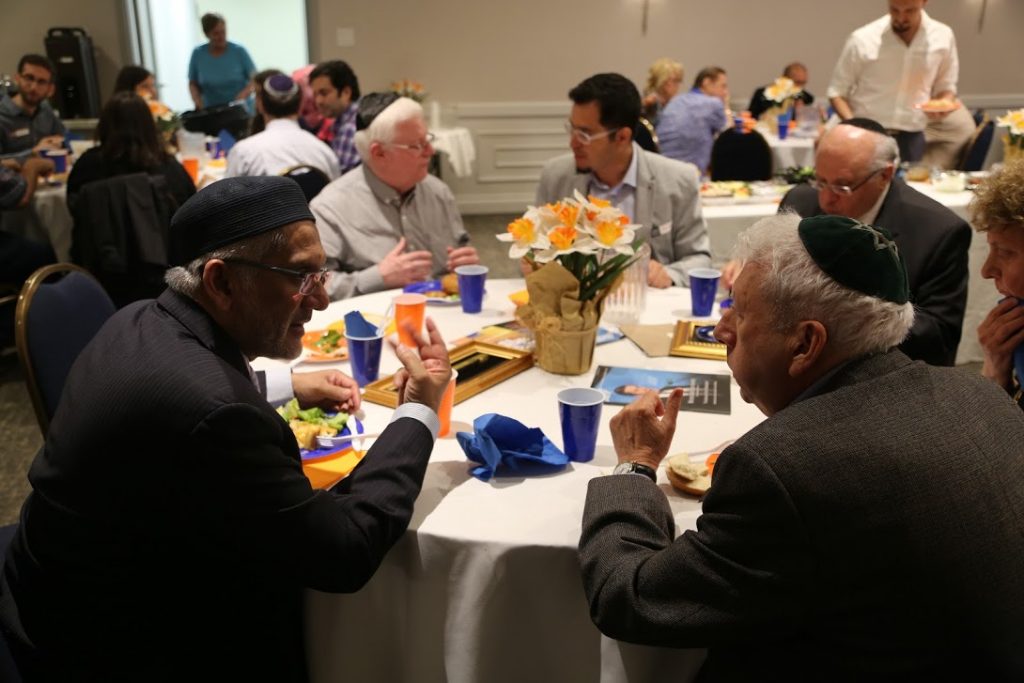 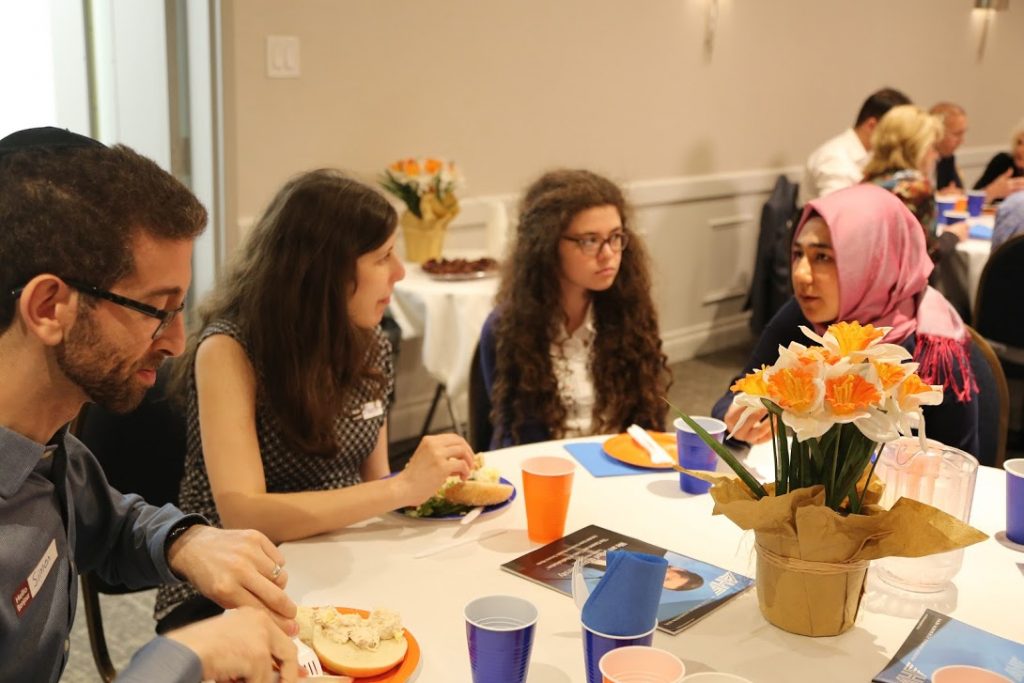 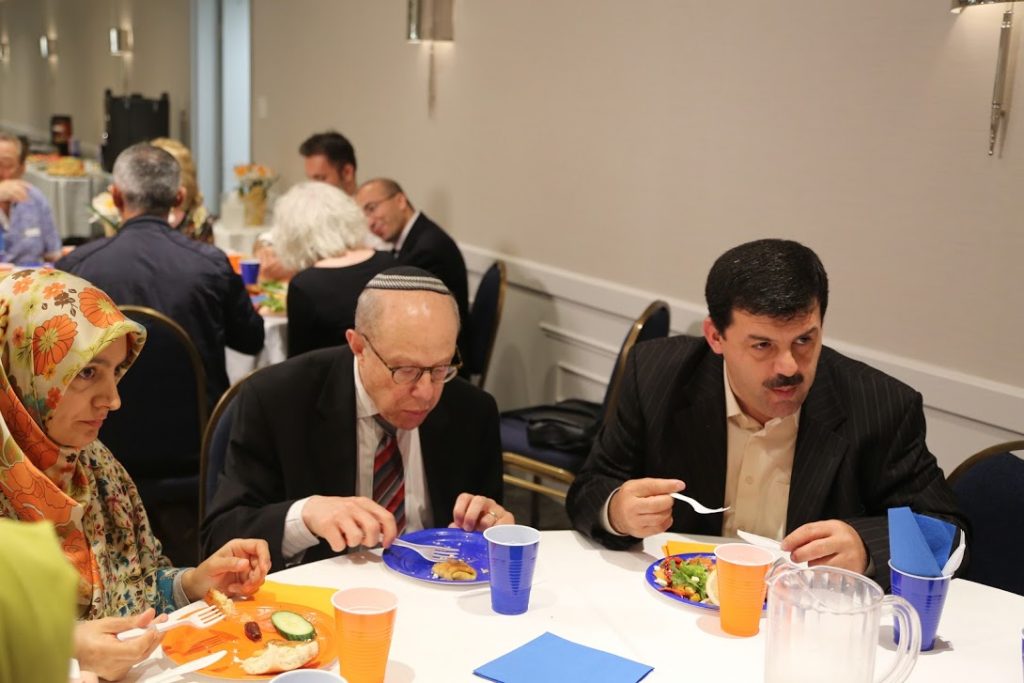