A mosque and a church in downtown Toronto have formed a partnership to serve a free hot lunch to the city’s needy.

One Saturday every month, volunteers from Masjid Toronto come together at the Church of St. Stephen-in-the-Fields in the Kensington-Chinatown neighborhood and prepare meals in the church’s kitchen that are served to anyone who drops by.

“There are so many things which Christians and Muslims share, but a belief in the importance of service to the poor and vulnerable is one of the most central,” said Reverend Maggie Helwig, Rector of the Church of St. Stephen-in-the-Fields. “Coming together to collaborate in this way also allows us to build relationships with each other, to appreciate each other as people, and to share our traditions, and I hope it can be part of creating a greater understanding and friendship between us.”

“The hot soup program is important and significant for our mosque because we believe that one of the main objectives of the Muslim community is to serve and to extend a helping hand to others, especially to those who are in need,” said Imam Dr. Wael Shehab of Masjid Toronto. “Masjid Toronto has revived this program to provide meals in a dignified way to our guests.”

“We are doing this program in collaboration with St. Stephen-in-the Fields Church and we are very thankful to Reverend Maggie Helwig and the Church who have welcomed us into their church to serve people in the neighborhood.”

Earlier this year, the Church of St. Stephen-in-the-Fields stood by Masjid Toronto as it was subjected to numerous anti-Muslim protests. The Church also organized the ‘Stand Against Islamophobia’ rally at City Hall in March.

Since the protests, the leaders of both the church and mosque have exchanged visits and agreed to collaborate in starting a hot lunch program.

“Our volunteers are so happy to be able to serve people in this neighborhood,” added Imam Dr. Wael Shehab. “We are trying our best to provide services in our mosque and this program is one of the most important ones.”

“In addition to educating people and raising awareness about our religious values and empowering and supporting people, it is also our duty to serve people and help the needy.”

St. Stephen’s is an inclusive and affirming Anglican community located in the Kensington-Chinatown neighborhood and their stated mission is ‘to live out God’s mission of compassion and justice for all people, and for all of creation.’

The Church is committed to being a community of solidarity with those who have been pushed to the margins of society, and to the task of building a better world. Every Saturday and Sunday morning, St Stephen’s — with the support of two other congregations, as well as students and teachers — serves a free breakfast for low-income members of the community.

Another facility was purchased a few years ago and a satellite mosque, Masjid Toronto at Adelaide, was opened at Church and Adelaide Streets. Every Friday, thousands of worshipers attend one of the four weekly prayer services. 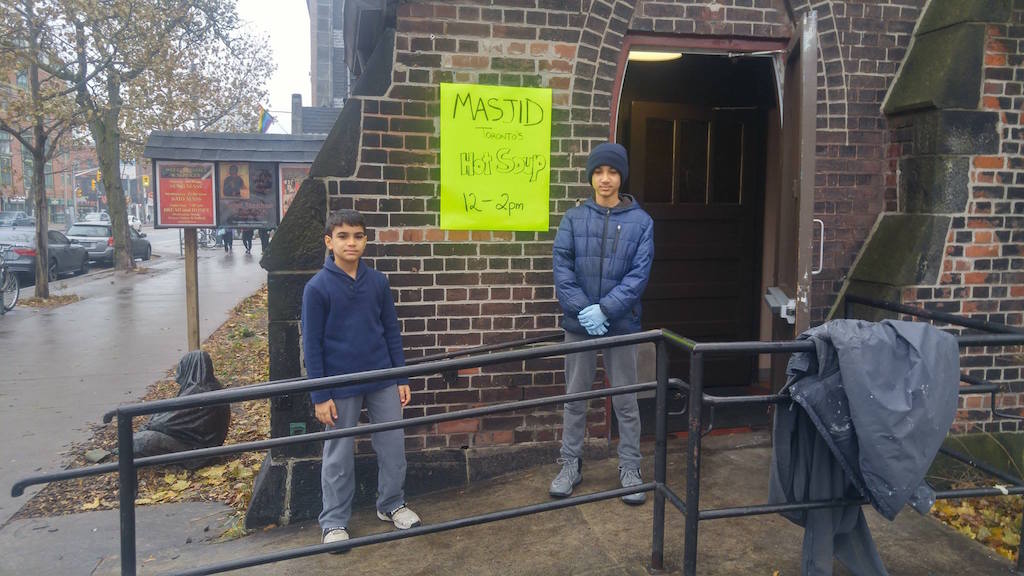 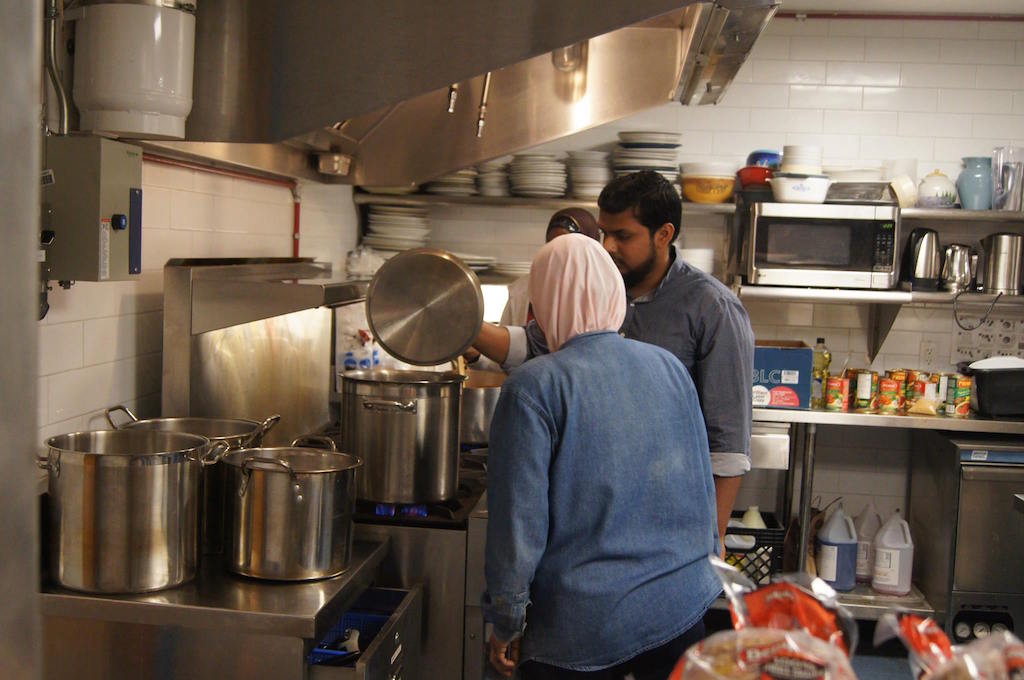 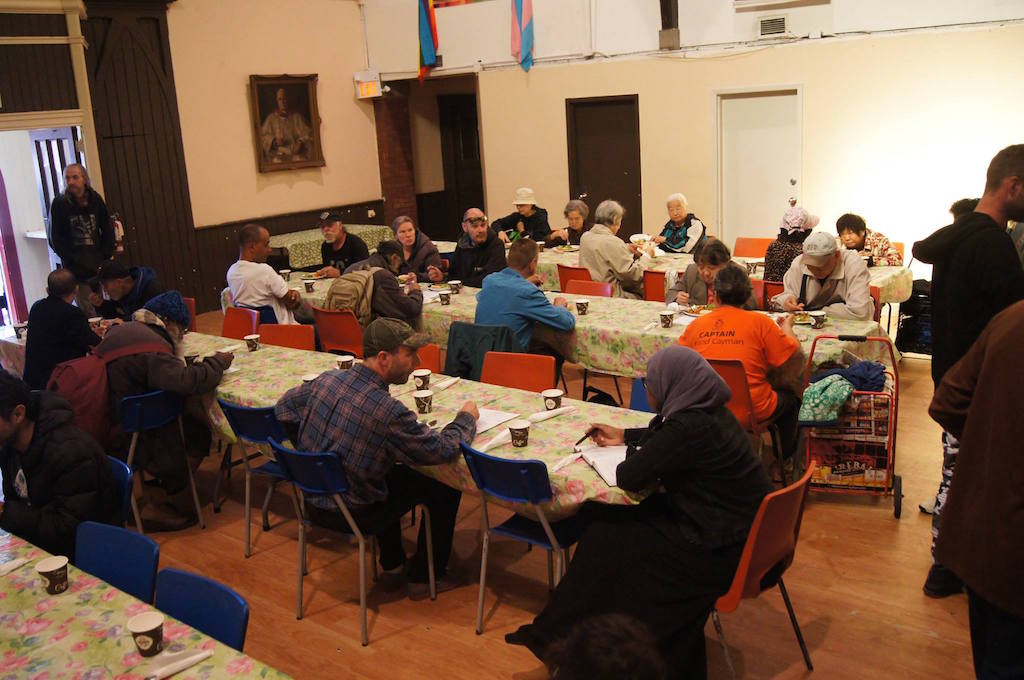 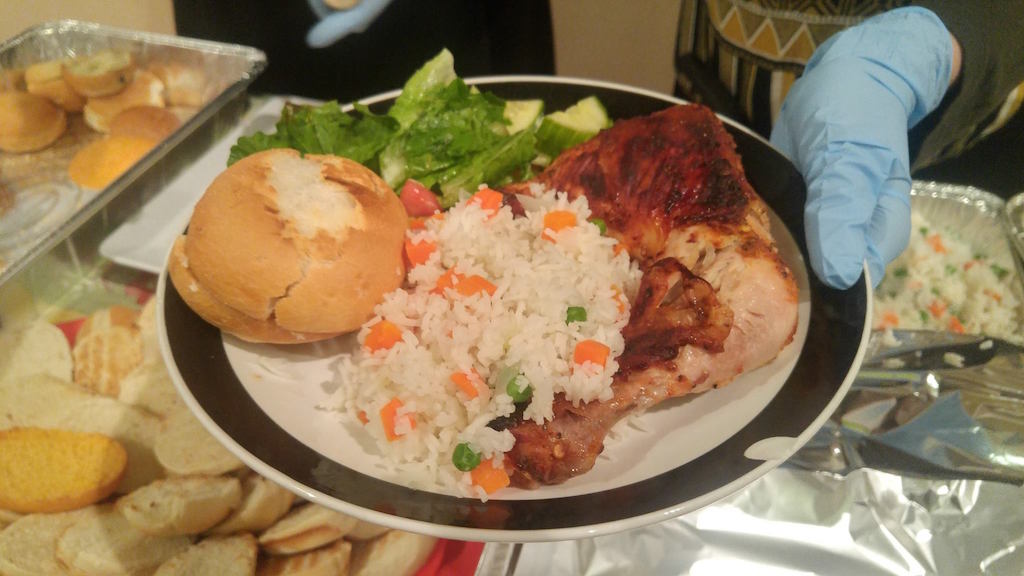 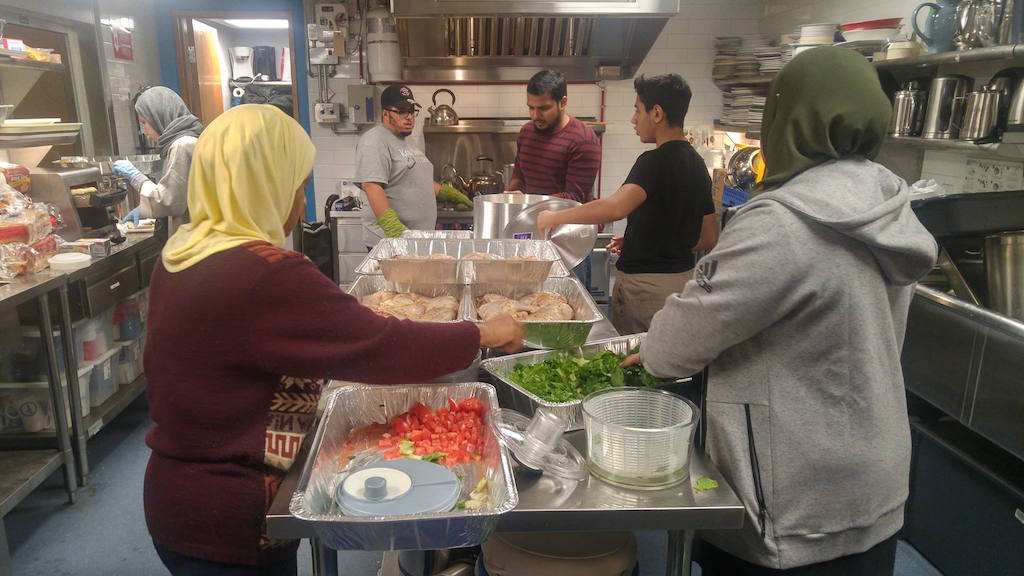 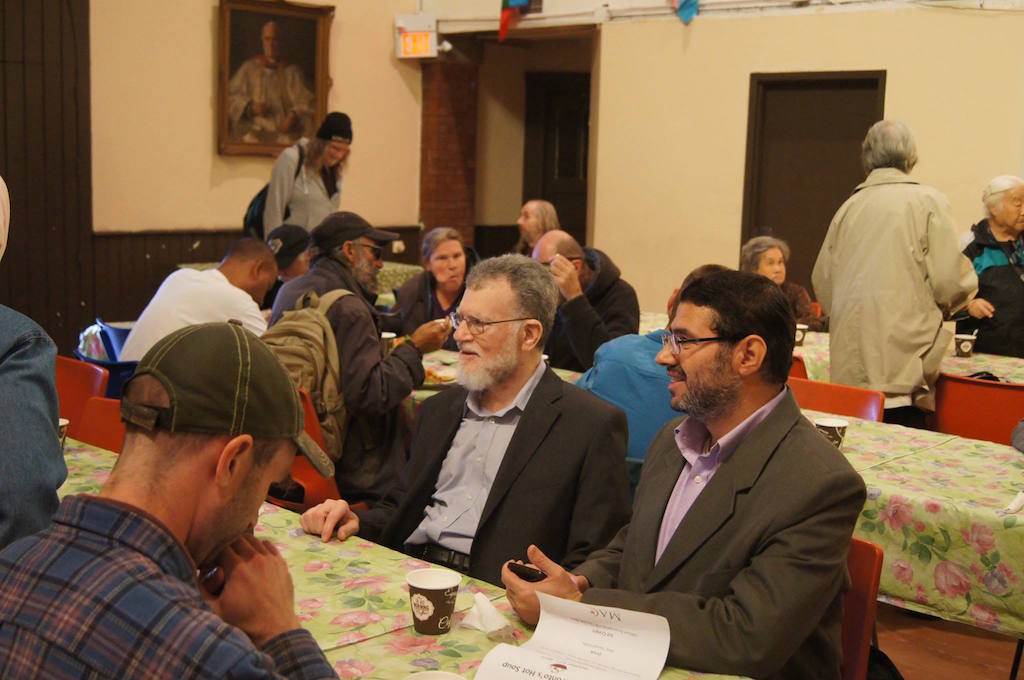 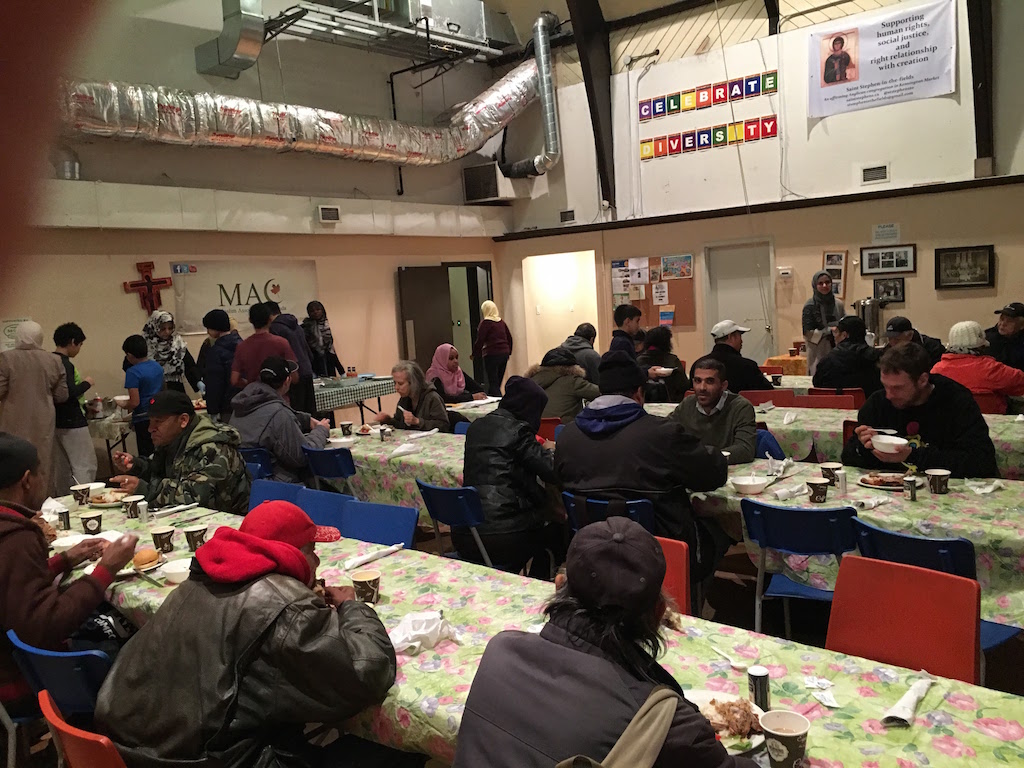 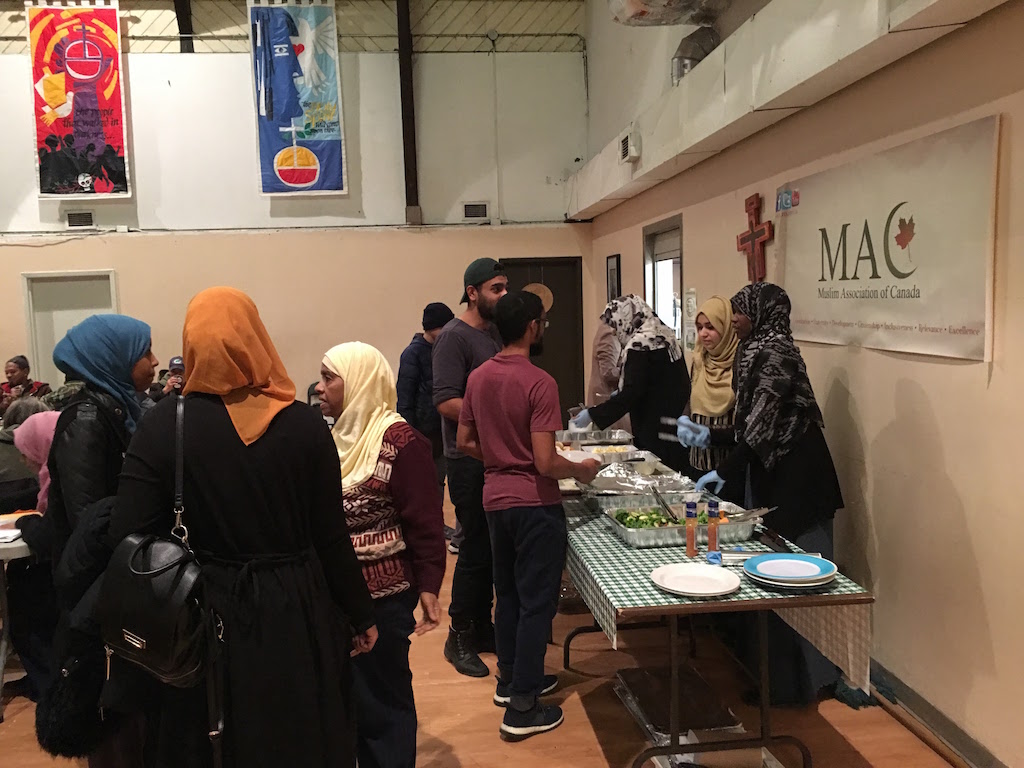 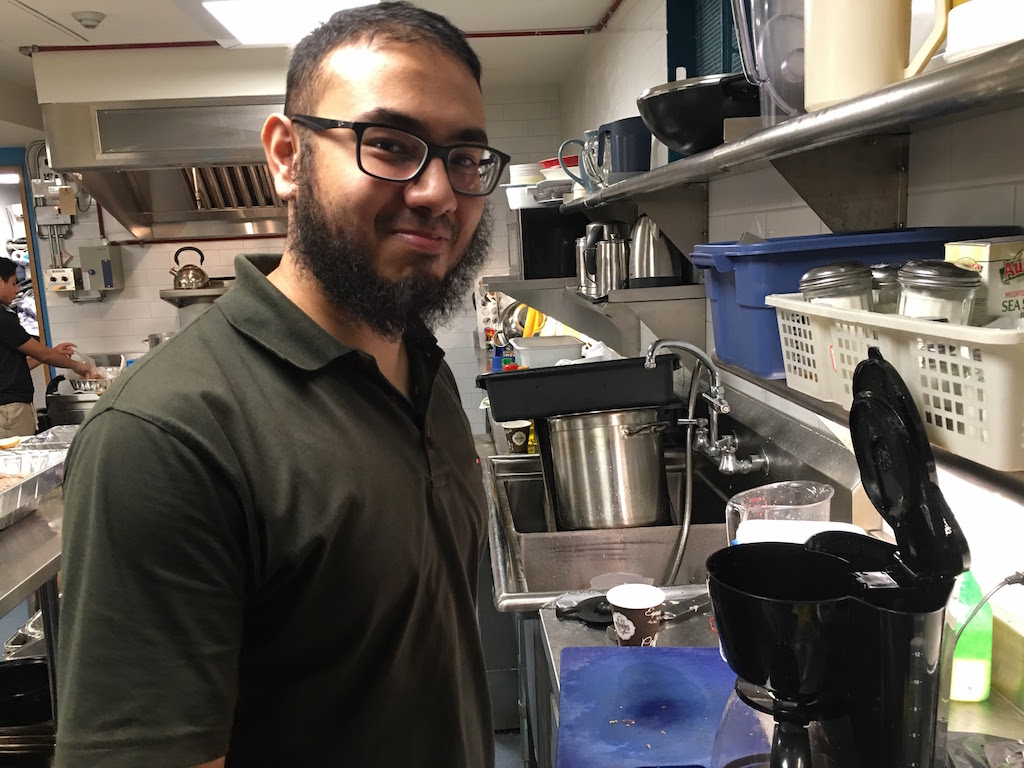 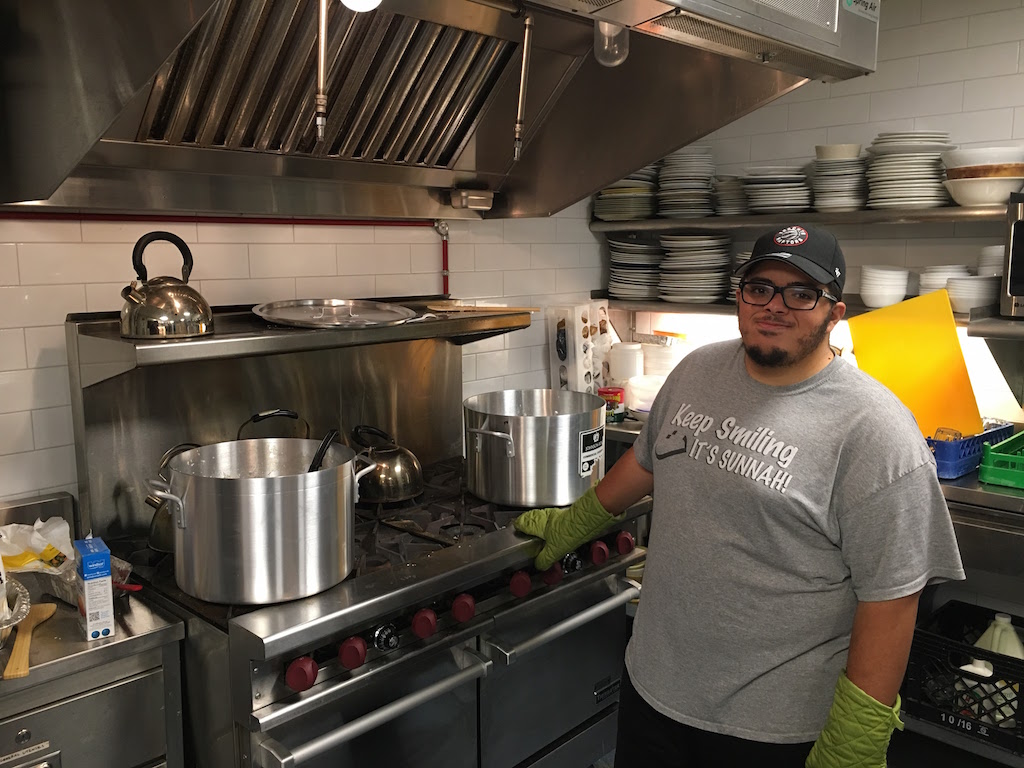 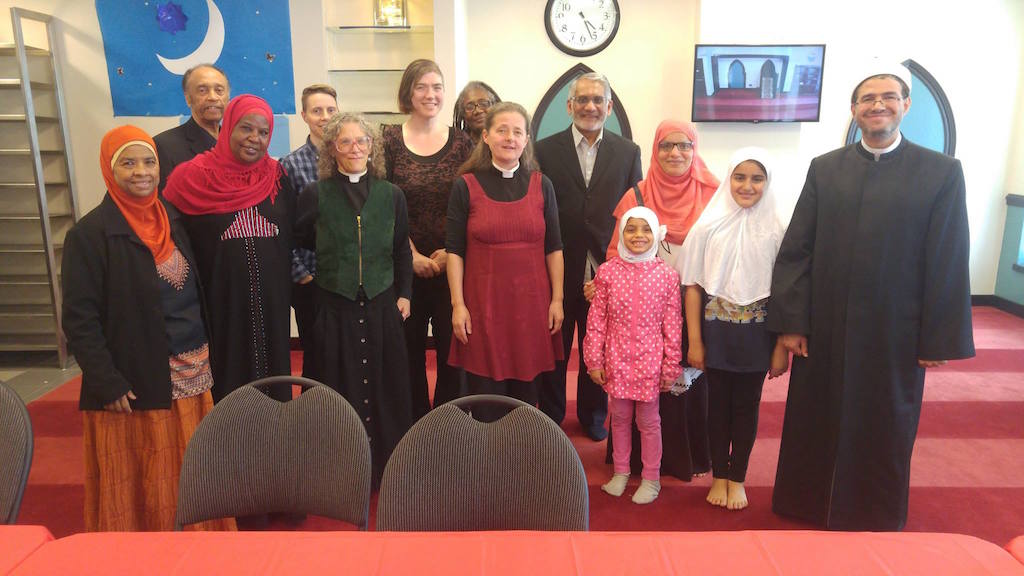