The Jewish community was joined by other faith communities in the Greater Toronto Area to form “rings of peace” around seven Toronto area mosques during the weekly Friday prayers in response to Sunday night’s mass shooting at a Quebec City mosque that took the lives of 6 Muslims and wounded many others.

“We will create human chains to demonstrate that Canada must be a country free from bigotry and violence, a safe haven for good people of all faiths and countries of origin,” said Rabbi Yael Splansky of Holy Blossom Temple, Toronto’s oldest synagogue.

Rabbi Splansky started the grassroots, faith-based initiative, prompted by a ‘ring of peace’ that was organized last year in Europe.

In 2015, a group of young Muslims in Norway formed a ‘ring of peace’ around Oslo’s main synagogue following a series of attacks against Jews in Europe.

“We now have a total of seven of these rings of peace that will be happening tomorrow,” Rabbi Splansky said in an interview Thursday. “I hope that the people who are at prayer inside their mosques tomorrow will feel protected and cared about and that their grief might be softened somehow by our presence.”

Splansky also hopes the initiative will establish relationships with the Muslim community. 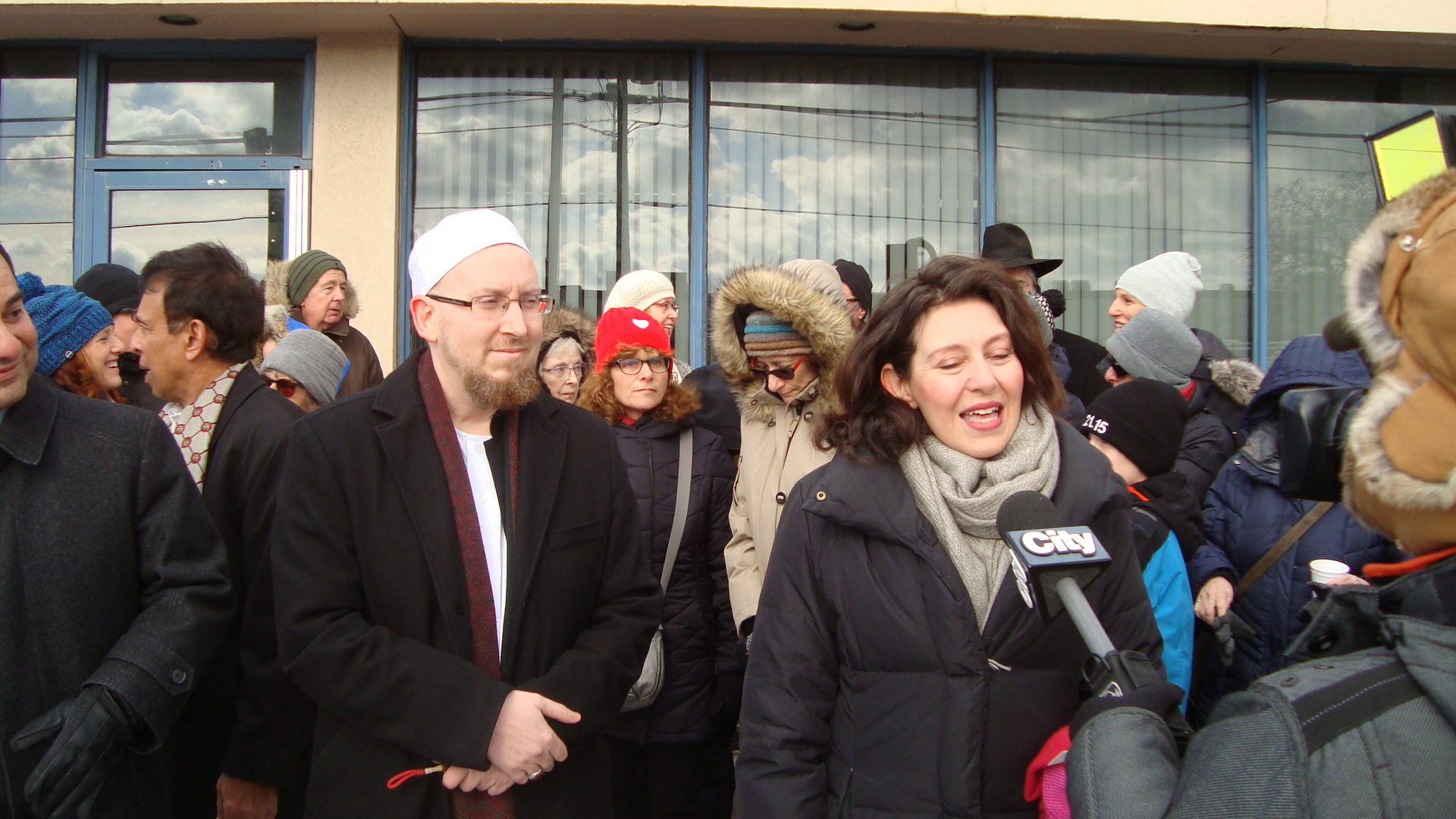 One of the mosques that was surrounded by the human chain of over 100 people was the Imdadul Islamic Centre where Imam Abdul Aziz Suraqah comforted the congregation in the first Friday prayer service following the horrific killings at the Islamic Cultural Centre in Quebec city.

“For, though we are grieving and many in our communities are afraid and feeling victimized, the Prophet (peace be upon him) did not come to teach us to be paralyzed by our fears or to wallow in self-pity, or to be mouthpieces for grievances,” Imam Abdul Aziz Suraqah of Imdadul Islamic Centre told the congregation. “He came to teach us how to heal and how to be healers, how to respond to ugliness with beauty, how to be fully human in times of ease and in hardship.”

“I’m hoping that today is not only about today, but about ongoing relationships,” she said.

Earlier in the week, the Toronto Board of Rabbis issued a statement condemning the mass killing and offered support to the Muslim community.

“We as a community condemn this heinous deed,” said Rabbi Debra Landsberg,  President Toronto Board of Rabbis. “Our tradition emphasizes the sanctity of human life, reminding us that the taking of one life is akin to destroying an entire world.”

“Such violence is intended to instill fear and to sunder the bonds that bind the people of this country,” added Rabbi Landsberg. “Standing arm-in-arm with all Canadians of goodwill, let us resolve to redouble our commitment to our shared life in Canada, through small acts of decency bringing succor to the afflicted; let us insist that life here will not be overturned through the spilling of blood.” 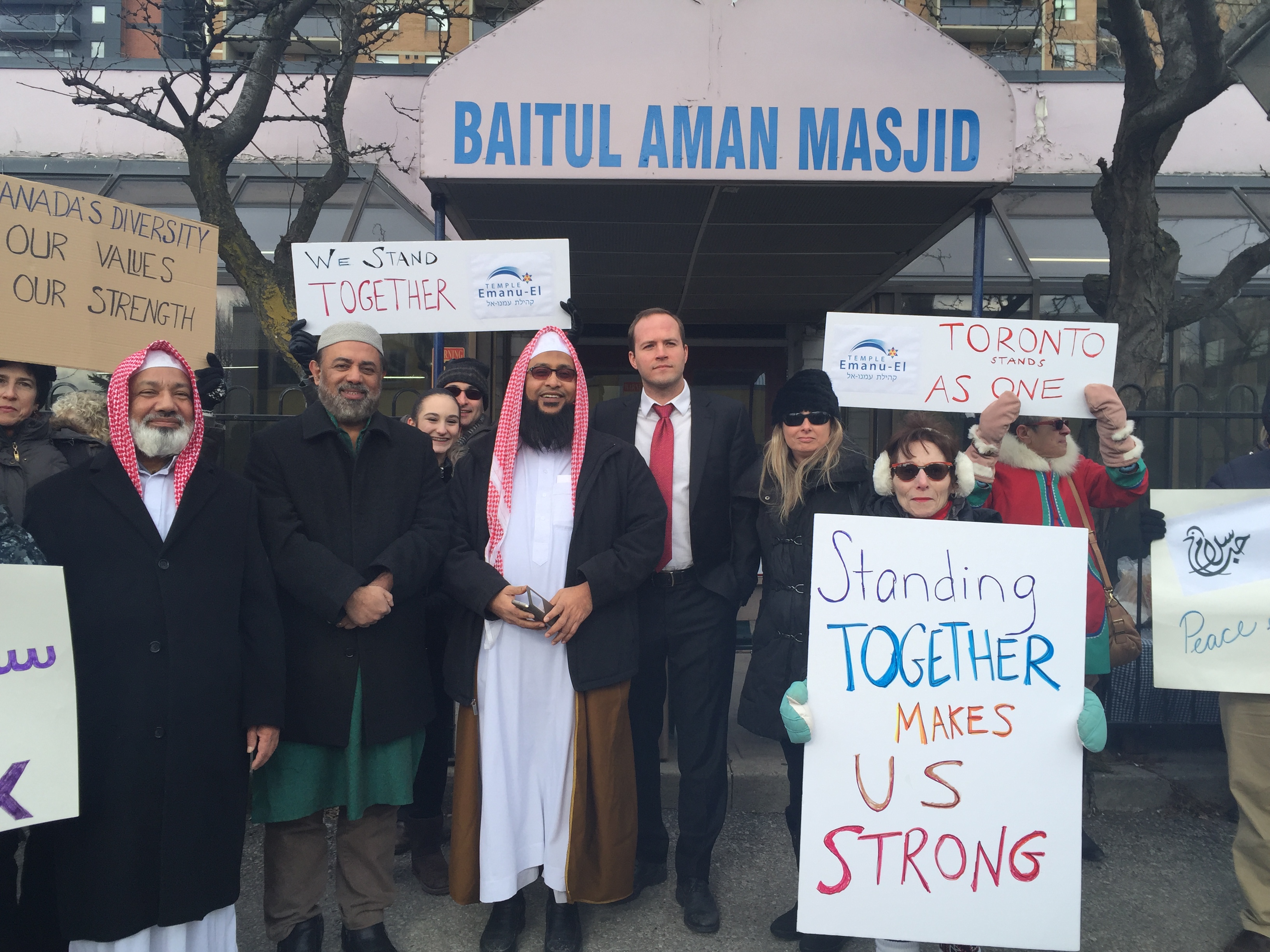