“I am pleased to host this interfaith celebration marking the early days of a holy month for over half a million Ontarians,” said the Lieutenant Governor. “May thoughtful and peaceful engagement be our gift to the future and our legacy to the world at large.”

Forty influential interfaith, academic and civic leaders were in attendance for the historic gathering that was addressed by the Lieutenant Governor and Doug Sanders, International Affairs columnist of the Globe and Mail.

“People across Ontario have expressed to me that among our most important shared values is a commitment to social inclusion, that we are stronger when we build bridges among cultures and communities,” the Lieutenant Governor told the gathering. “We do our best to ensure that we are all treated fairly and have a meaningful chance to succeed.”

“Although we are justified in taking pride in the richness of this country, we also know that there is much work to be done to ensure that richness, that wealth is shared more equitably among Canadians.”

“And so it is most appropriate to take a more acute look at the nationwide discussions that have been going on for decades – what kind of country do we wish to be? How best do we learn and respect one another’s traditions and beliefs now and during the next 150 years?” she asked. 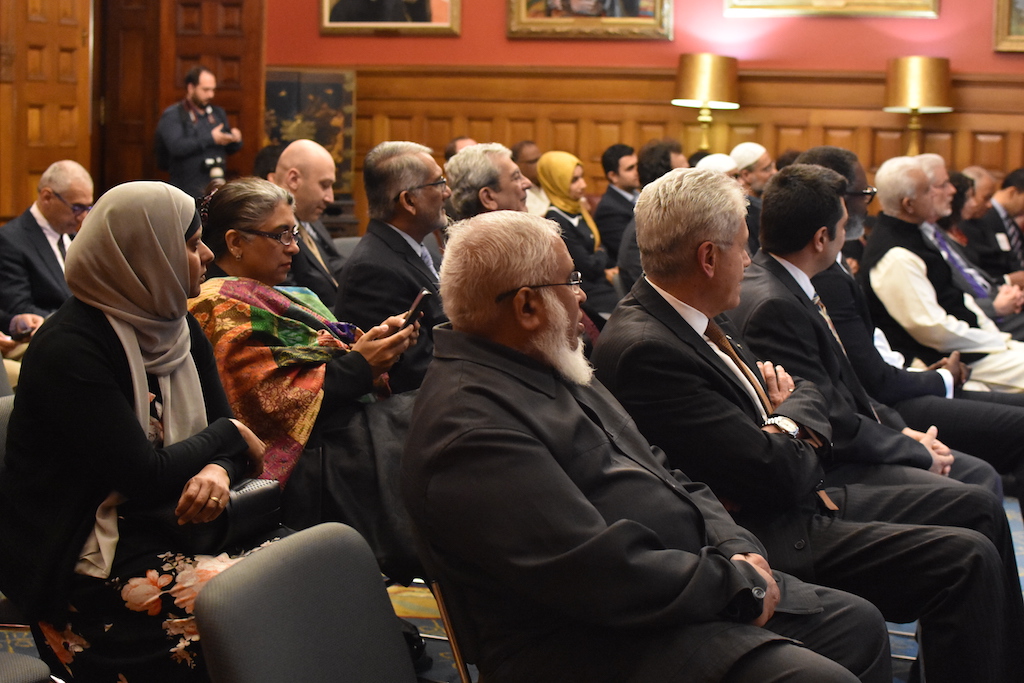 The Honourable Elizabeth Dowdeswell was invested as Ontario’s 29th Lieutenant Governor on September 23, 2014. Her public service career has spanned provincial, federal, and international borders, and has transcended disciplinary and sectoral lines.

Canada is a constitutional monarchy with The Queen as Sovereign and head of state. In Ontario, the Lieutenant Governor is the Queen’s representative while the Premier is the head of government.

“As I said, we have been fortunate in our relative success as a country, yet we cannot afford to be complacent. For even here in Ontario, we know there is prejudice – we are not immune,” noted the Lieutenant Governor. “How many among us have experienced or know someone who has experienced religious-based discrimination, homophobia, ageism, sexism, racism, misogyny, and other types of mistreatment. I suspect the number is not as small as we would like it to be.”

“Despite the progress many have made, we must not shy away from examining the low points of our history and of our current situation,” she continued. “When a survey finds that an epidemic of Islamophobia exists in Ontario, as one did just last July, when the Mayor of Brampton feels the need to speak out against hateful speech at school and about prayer, as she did in March, when an Imam in Mississauga receives a death threat as Ibrahim Hindy did just last month – this is prejudice and it is shameful.” 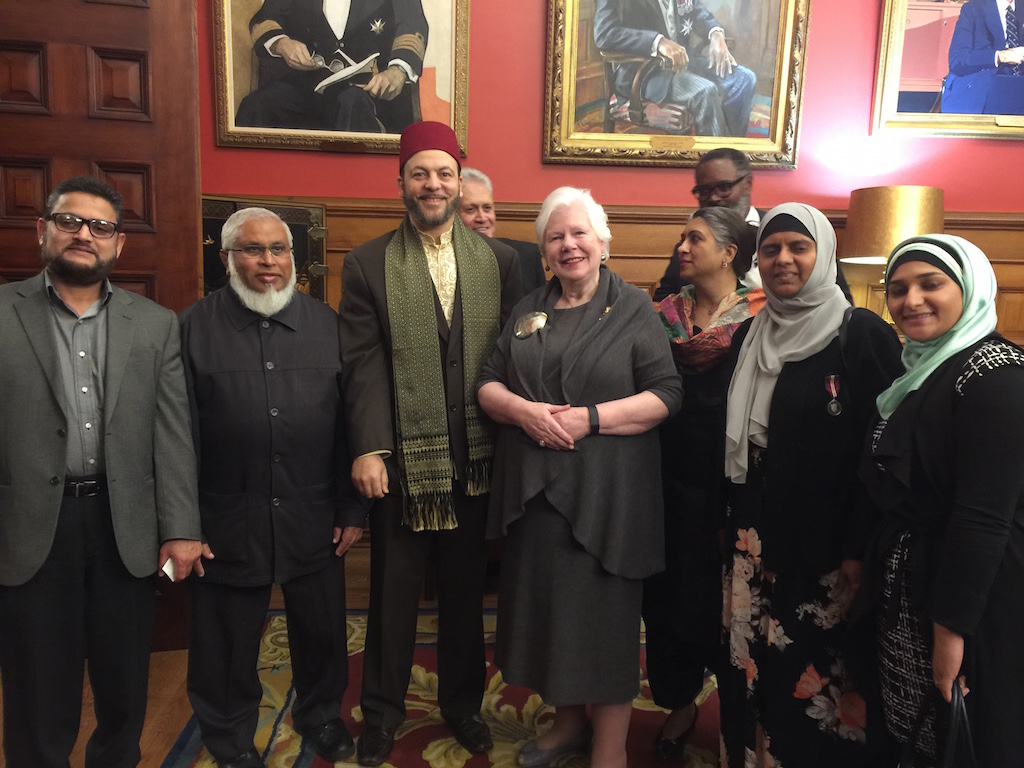 The Honourable Elizabeth Dowdeswell went on to affirm that Muslims and Islam are an integral part of Canada.

“Any attack on Muslim Canadians is an attack on all Canadians for Islam has a proud history as one of Canada’s major religions,” she said. “It is woven into the fabric of our communities and it has been so for generations.”

“Here in the Lieutenant Governor’s suite, there are no others. Everyone is welcome and this is an open space for people to have genuine dialogue. In order to build a truly cohesive society that embraces all faiths, Ontarians must have these conversations. I think it is critical for us to learn and share one another’s stories because such storytelling creates understanding and it fosters the empathy and compassion that provide the foundation for the just and sustainable communities we want. We must genuinely listen to each other if we are not to succumb to the temptation of fear and hate,” noted the Lieutenant Governor.

“Tonight we gather together in a spirit of open-mindedness and hope this iftar is a demonstration that people of different faiths can engage civilly with each other in a pluralistic context. It is in such a context that we can tangibly address undercurrents of hatred and radicalism. I pray that our time together this evening will serve as a symbol that Ontario values the communities that each of you represents.” 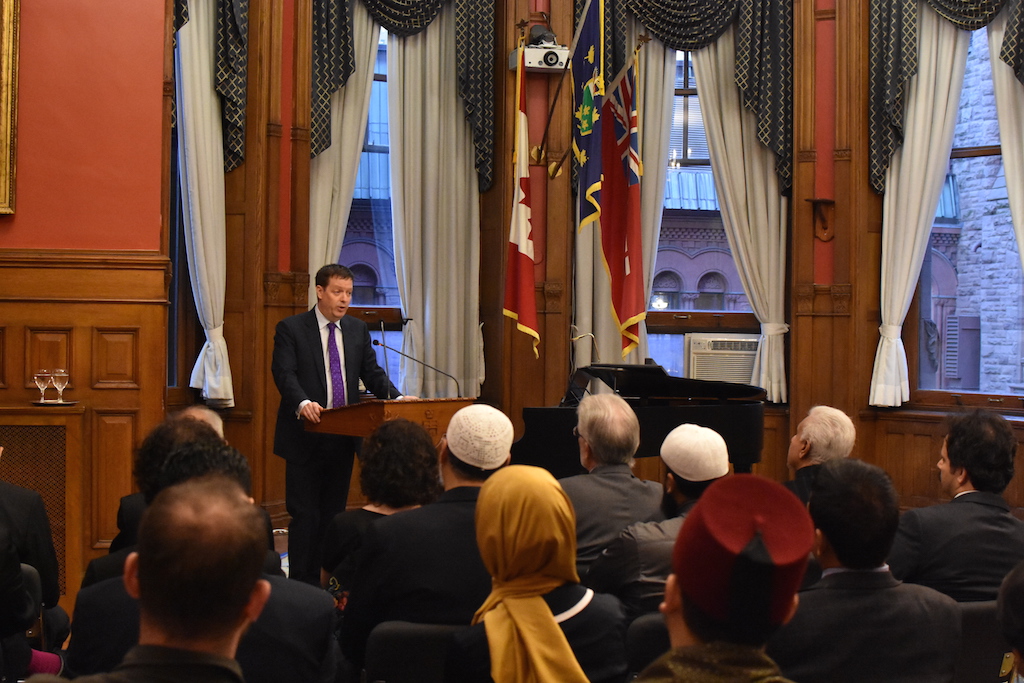 Doug Saunders of the Globe and Mail addressed the gathering about the place of Muslims in Canada. In a poignant moment, Saunders honored the six Muslims who were killed in the Quebec City massacre earlier this year, mentioning each of the fallen by name, and loss their families will be feeling this Ramadan.

“We would like to thank her Honor for her generosity and for opening up her suite to host such an important gathering,” said Fatih Yegul of the Intercultural Dialogue Institute. “We feel blessed to be living in a country where government agencies and community organizations are coming together to celebrate important and holy days of their neighbors from different cultures.” 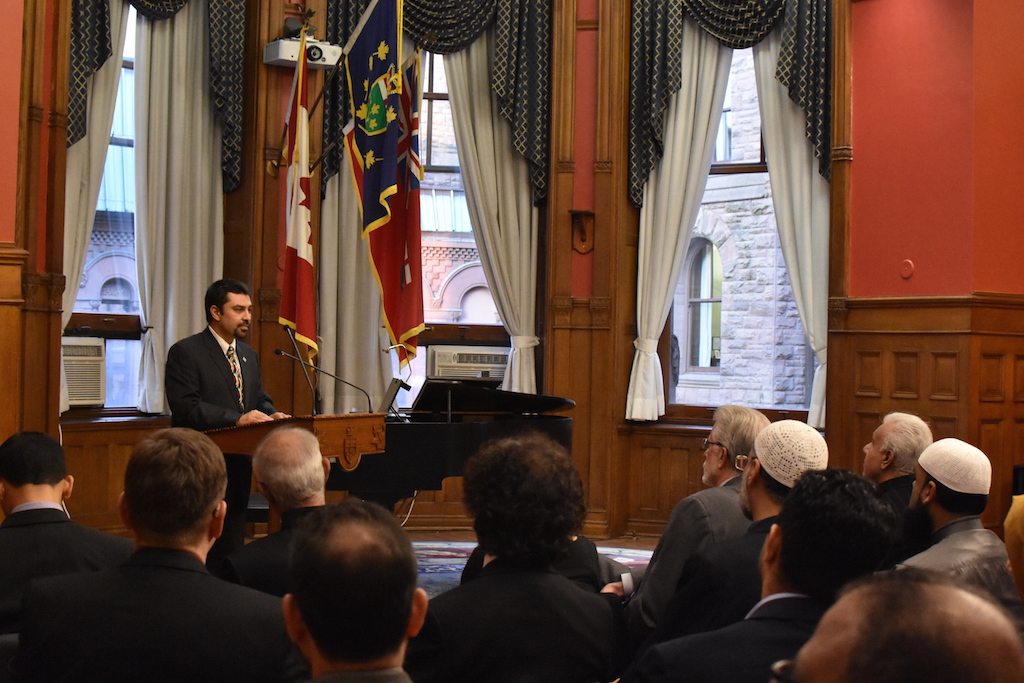 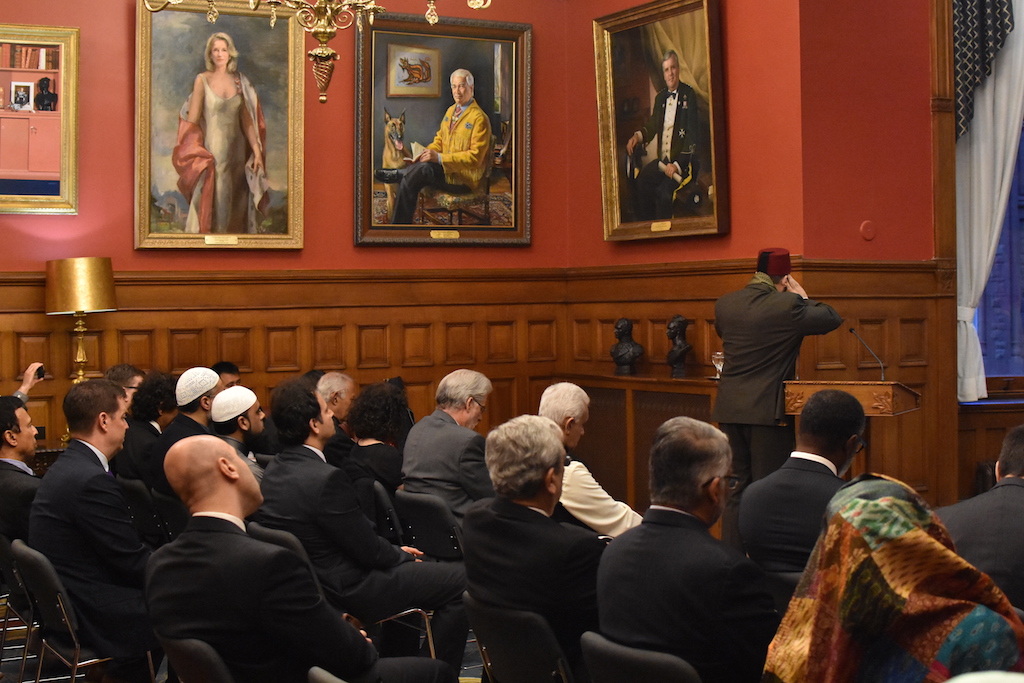 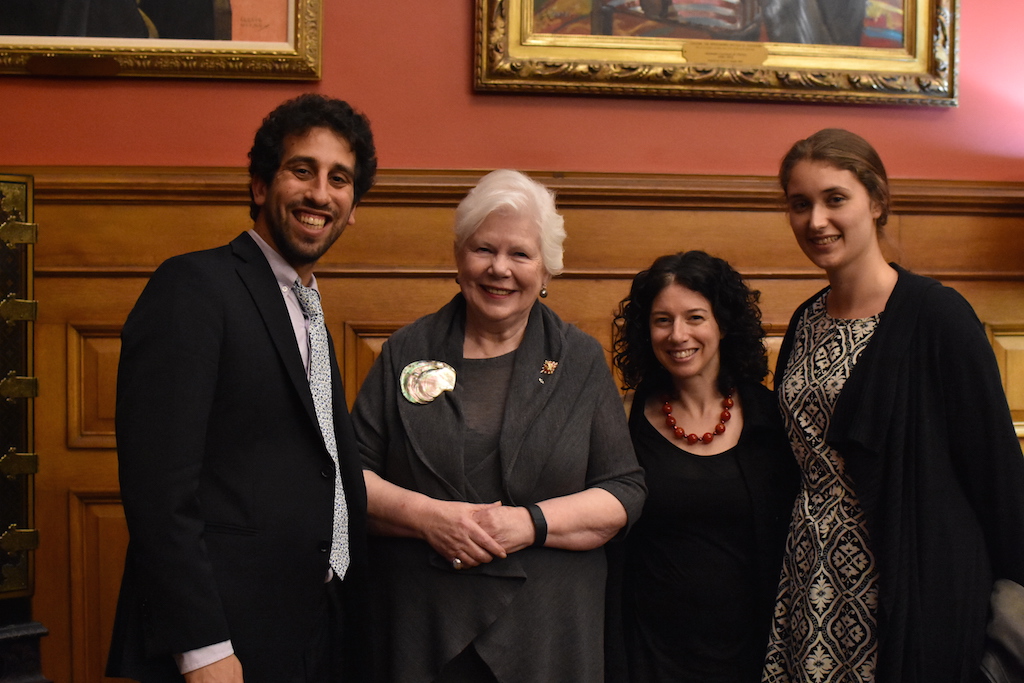 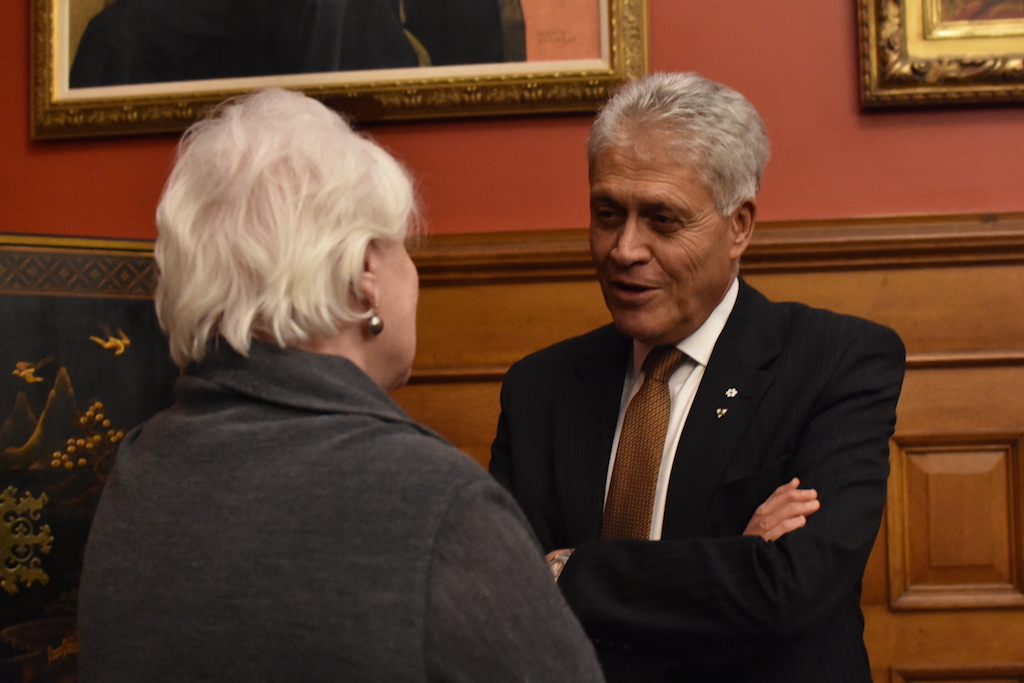 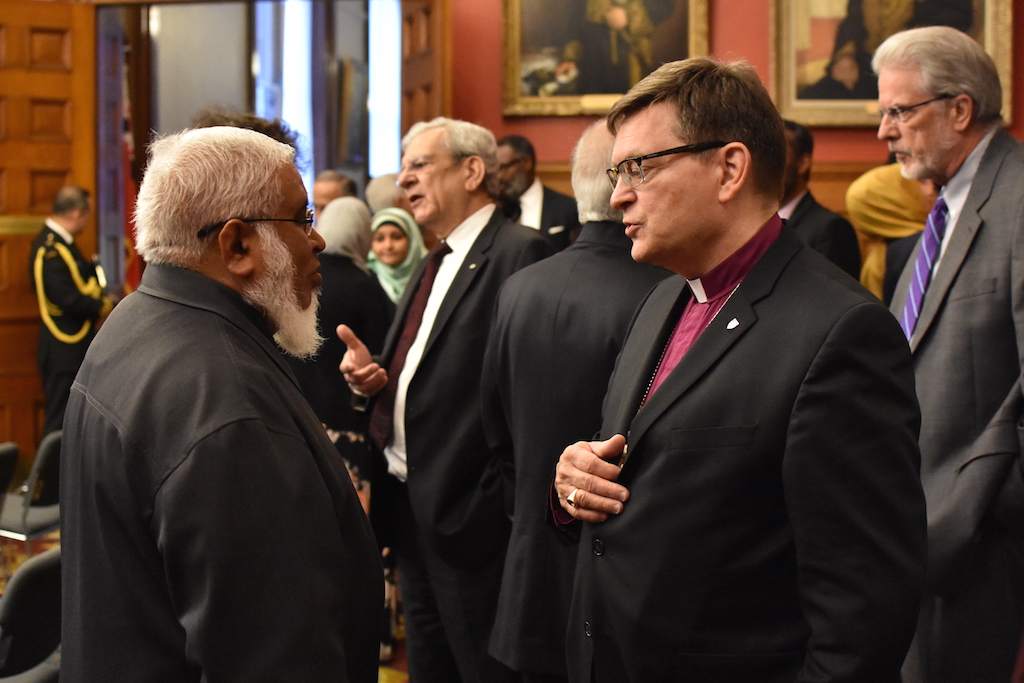 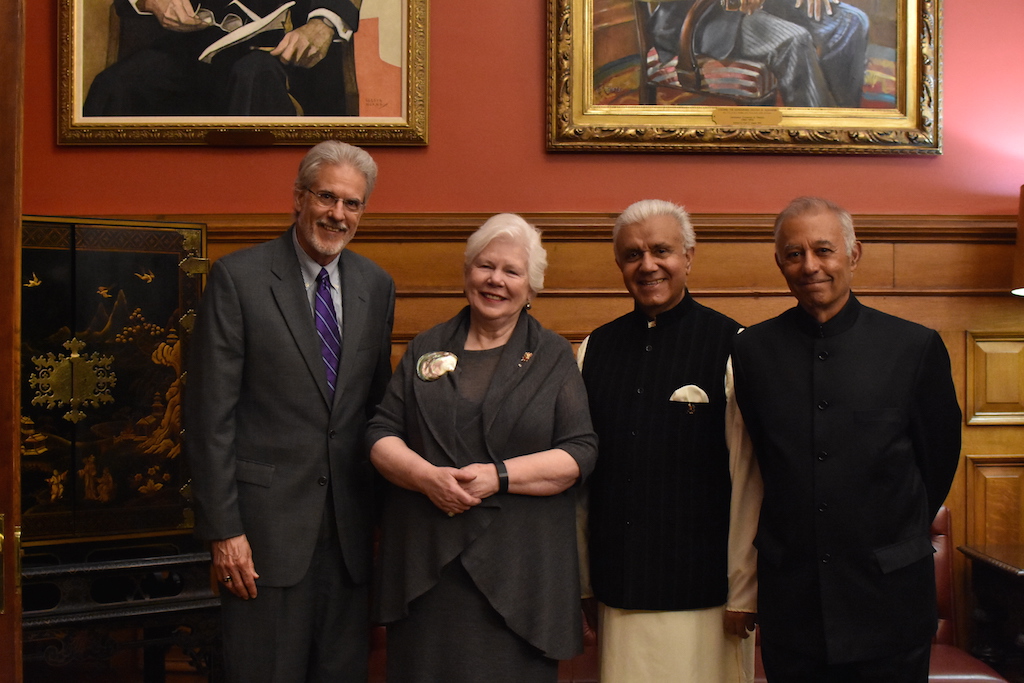 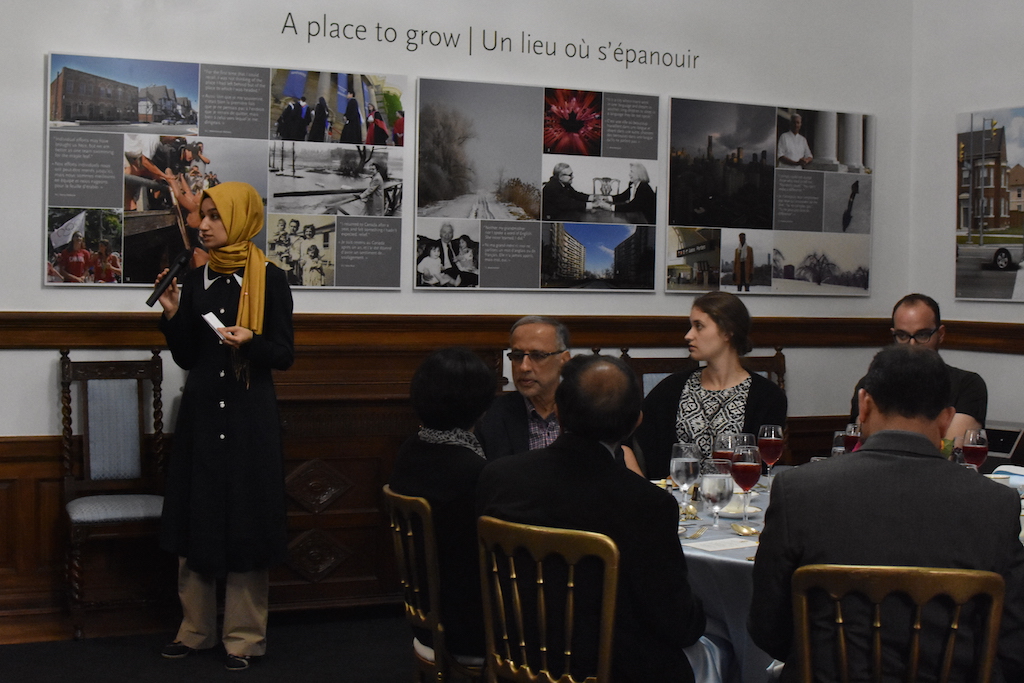 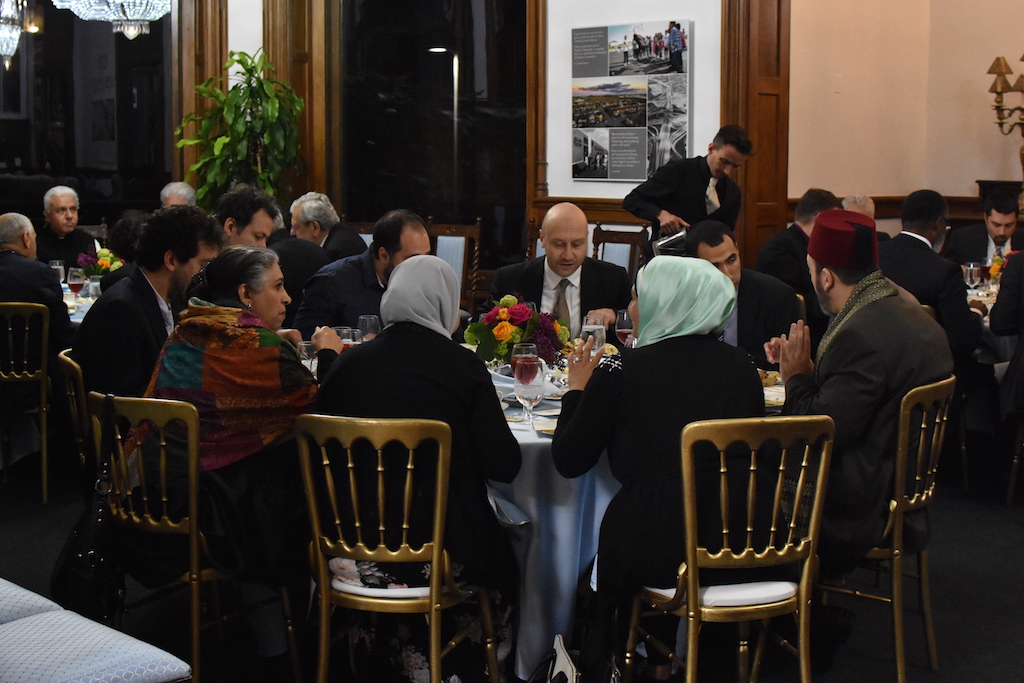