Thousands of Muslims from across North America and beyond are expected in Toronto this weekend to attend the Annual “Reviving the Islamic Spirit” Convention (RIS).

The convention, one of the largest gatherings of Western Muslims, will be marking its 16th Anniversary this year.

Themed ‘Finding Stability in a World Out of Balance,’ the convention is set to run from Friday, December 22nd through Sunday, December 24th at the Metro Toronto Convention Center in the heart of downtown Toronto.

Convention attendees will come to listen to leading Islamic scholars, academics, and motivational speakers, meet and mingle with fellow Muslims, and discuss matters of faith and contemporary issues.

“It will be a timely discussion on many challenges faced by us collectively and, in-shaa-Allah, find answers to,” said RIS in a release.

“It will be a hopeful and positive response, one that will uplift our soul, inspire our heart and revive our spirit.”

RIS is “more than just a convention, it’s a place where a thriving community comes together with an open arms invitation to people from all faiths and walks of life to come and celebrate humanity and share a message of mercy.”

The “Reviving the Islamic Spirit” convention was first launched sixteen years ago by Muslim youth to tackle the backlash on Islam and Muslims after 9/11, and to build a bridge of understanding with non-Muslims.

The event has become a staple in Toronto’s downtown core events during the Christmas holiday season and an estimated 20,000 attendees are expected from all over North America and around the world, adding a boost to the local economy.

“Reviving the Islamic Spirit convention is an attempt by the youth to help overcome new challenges of communication and integration,” said the organizers.

“The convention aims to promote stronger ties within the North American society through reviving the Islamic tradition of education, tolerance and introspection, and across cultural lines through points of commonality and respect.”

“To help attain these ideals, the convention will feature a wide range of voices from various parts of the world.” 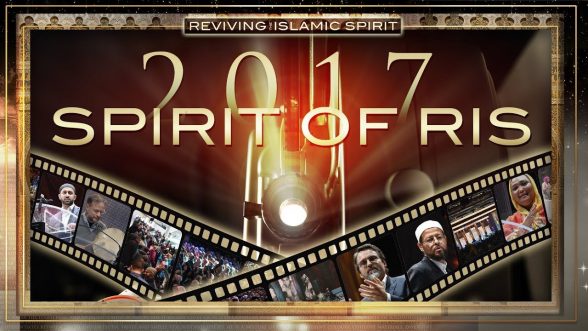 “The convention showcases Islamic leadership from across the globe sharing a common platform before the widest cross-section of our community,” stated RIS.

“This program hopes to empower the youth across North America and inspire a true revival.”

The convention will also host an Appreciation Dinner on Friday, December 22nd to honor the visiting scholars and speakers. Dignitaries, community leaders, and political and civic leaders are expected to attend the elegant dinner event.