“No one can do everything, but everyone can do something.; it’s not too late,” was the message of Ontario’s Environmental Commissioner Dr. Dianne Saxe to a multi-faith gathering on climate action held on Monday evening at Jaffari Community Centre in Thornhill.

The event titled, ‘Supporting Multi-Faith Climate Action’, was organized by Jaffari Community Centre in conjunction with Faith & the Common Good and supported by the environmental groups, Shoresh and Khaleafa.com, as well as Holy Trinity Anglican Church, Thornhill. 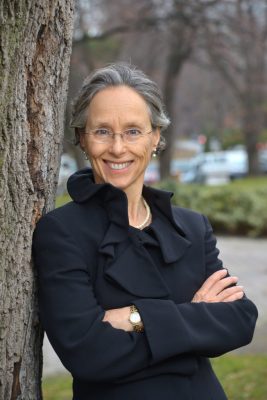 Prior to her appointment in December 2015, Commissioner Saxe was one of Canada’s most respected environmental lawyers with 40 years’ unparalleled experience writing, interpreting, and litigating Ontario’s energy and environmental laws.

The Commissioner told the gathering that climate change is one of the greatest threats of our generation and the effects on the natural environment, human health and the economy are accelerating.

Dr. Saxe noted that what used to be normal weather is gone, and not likely to return and that climate change will bring more extreme weather, ecological damage, financial loss and human misery.

She said that while it is too late to avoid some disruptive and expensive changes to our environment and economy, we still could influence how destructive those changes will be.

The evening’s program was moderated by Muaz Nasir of Khaleafa.com and included presentations by Shoresh‘s Sabrina Malach, Jaffari Goes Green‘s Aziza Amarshi-Meghjee, and Holy Trinity Anglican Church Thornhill‘s Iverson Grimes on how their faith community is responding to climate change.

The Environmental Commissioner said that by working together, Ontarians can still protect much of what they love, by reducing the greenhouse gas emissions that they emit, and by preparing for the changes ahead.

“The three things that are the most important for people to do are firstly, at every level, is to figure out your carbon footprint and reduce it 5% every year,” advised Dr. Saxe. “There are lots of ways to do it – one easy way is to reduce the amount of gas you use by carpooling, bicycling, making your house more efficient – there are many options but pick one.”

“Secondly, get ready for what’s coming – we are here for a weather wilder world,” she added. “Improve your emergency kit, as I have done, and think about your neighbors, anyone who might be vulnerable. We are going to have more power outages, we’re going to have more hotter and colder weather and we just need to be ready.”

“Thirdly, and the single most important thing you can do is to speak up. Canadians tend to be very polite and we think that if we know something everyone else knows about it. We are coming up to election season and elected representative are exquisitely sensitive to what people say during this season.”

The host for the evening’s event was the Jaffari Community Centre (JCC) in Thornhill, which is ranked one of the grandest mosques in the Greater Toronto Area.

JCC, a multi-faceted facility that hosts cultural, religious, educational, athletic, recreational and communal activities, has been a leader among faith institutions in greening their Centre by establishing an ‘Eco Green Team.’ 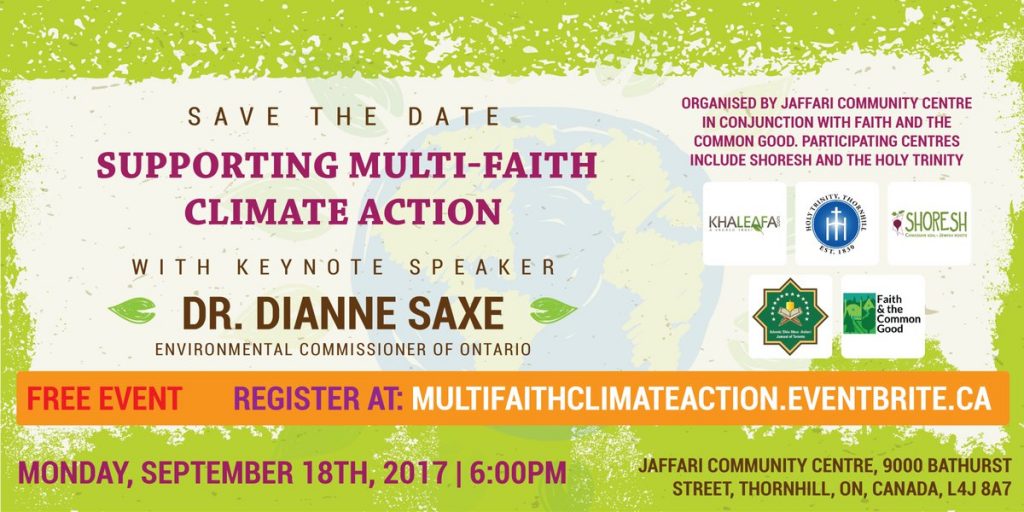 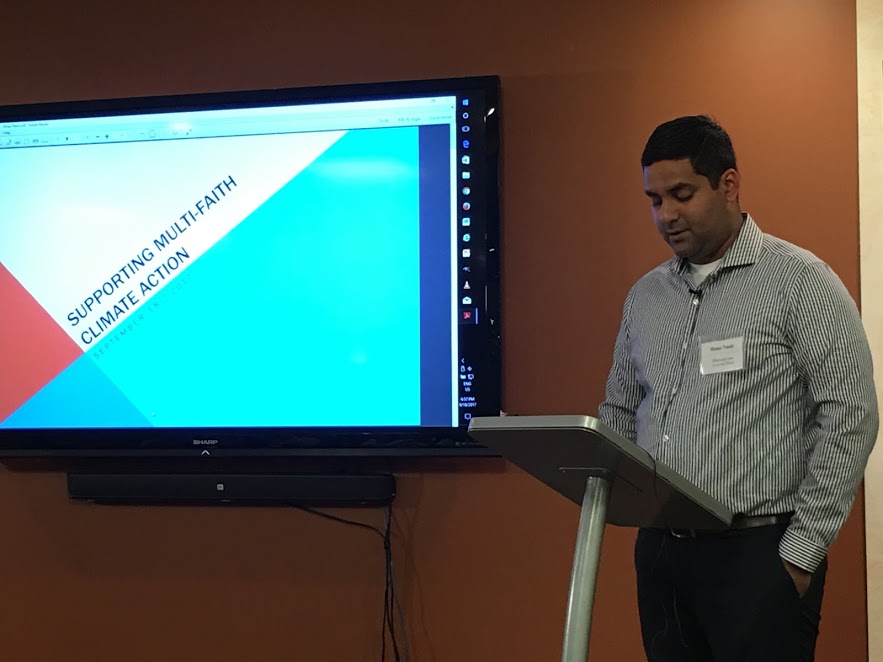 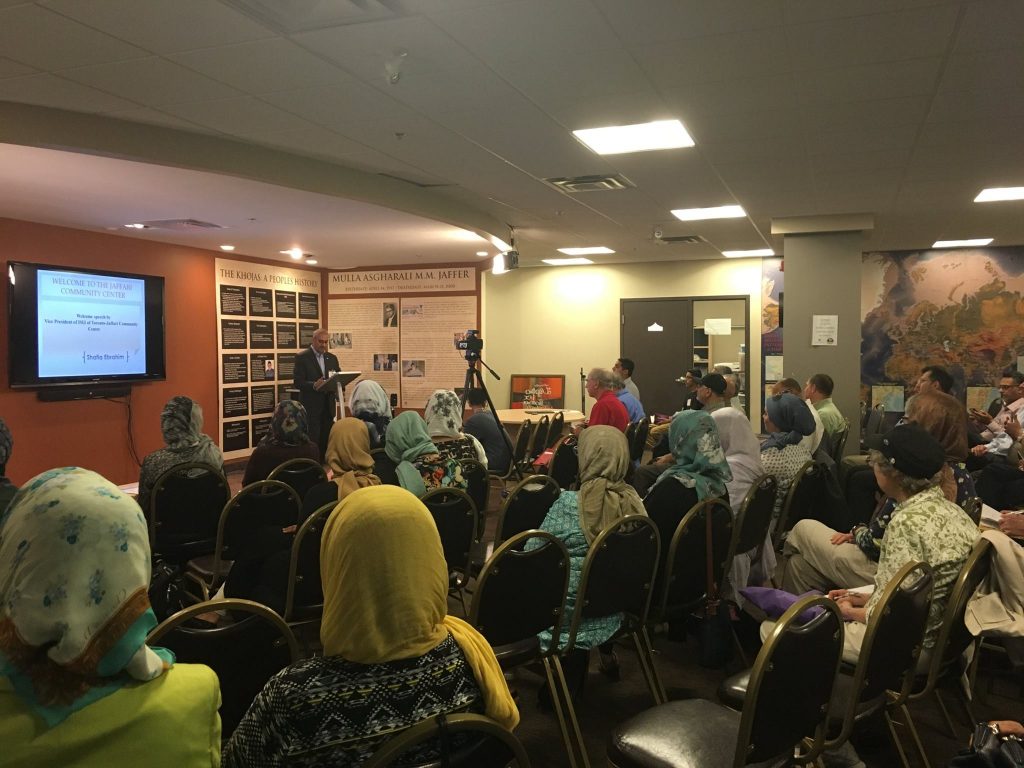 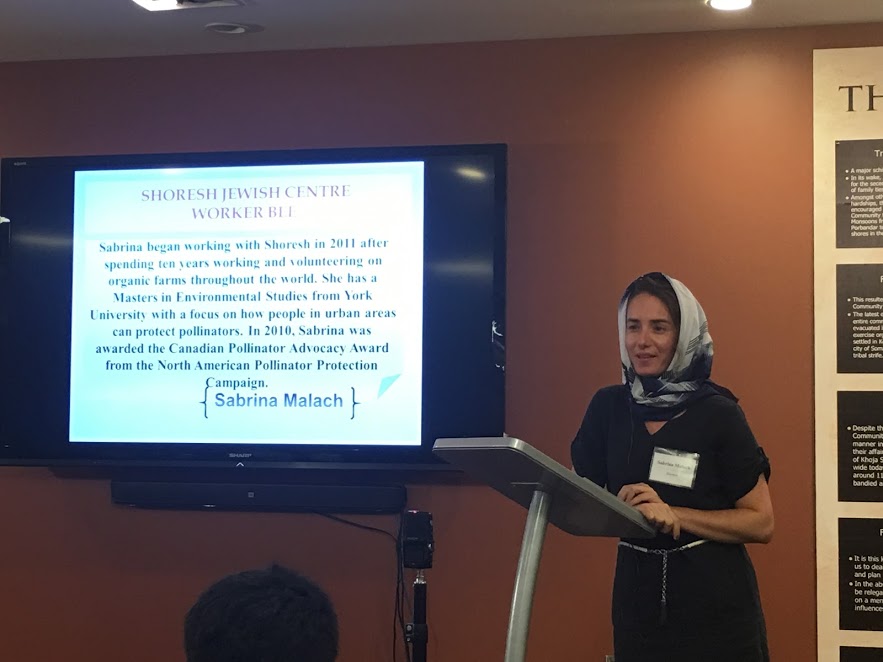 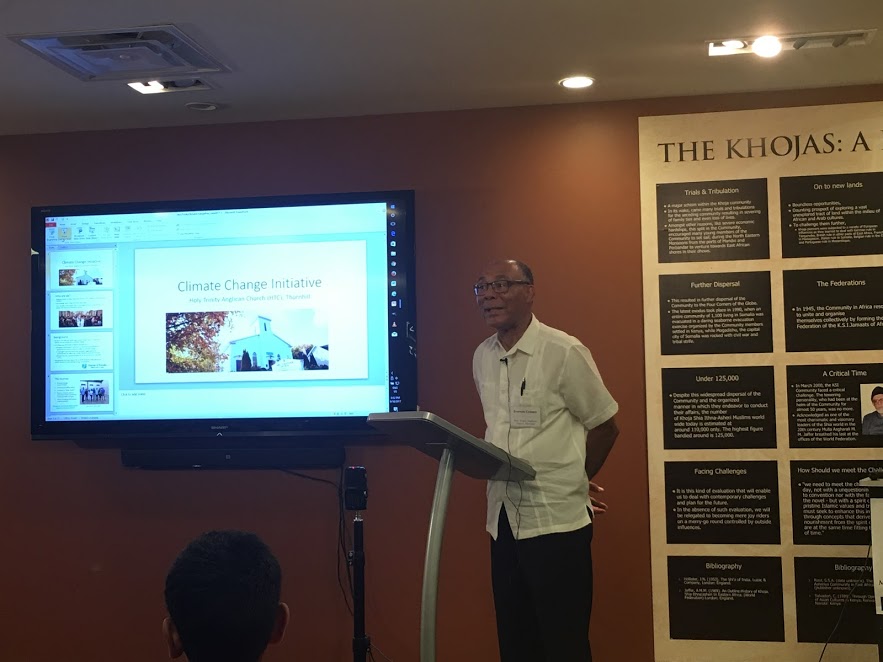 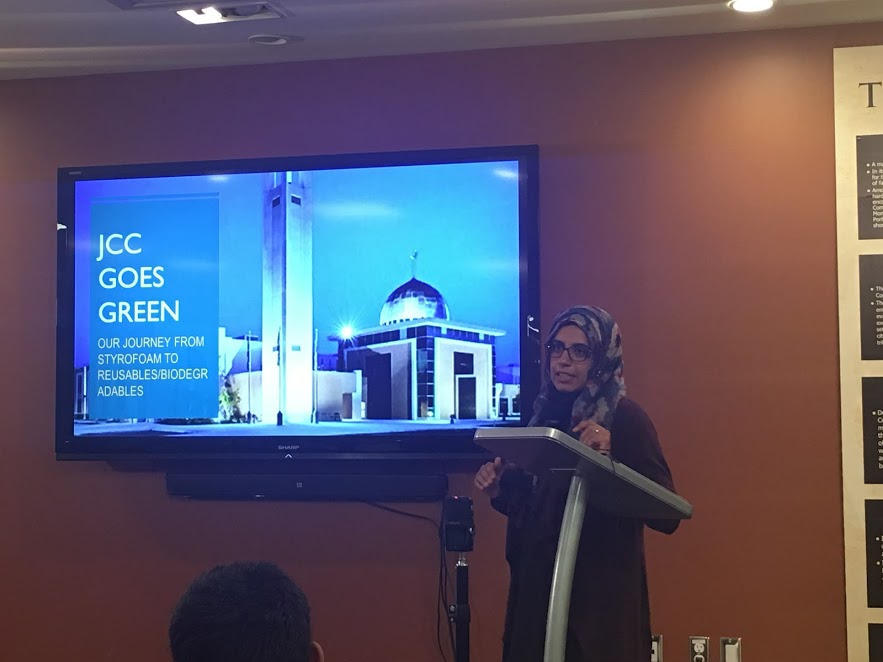 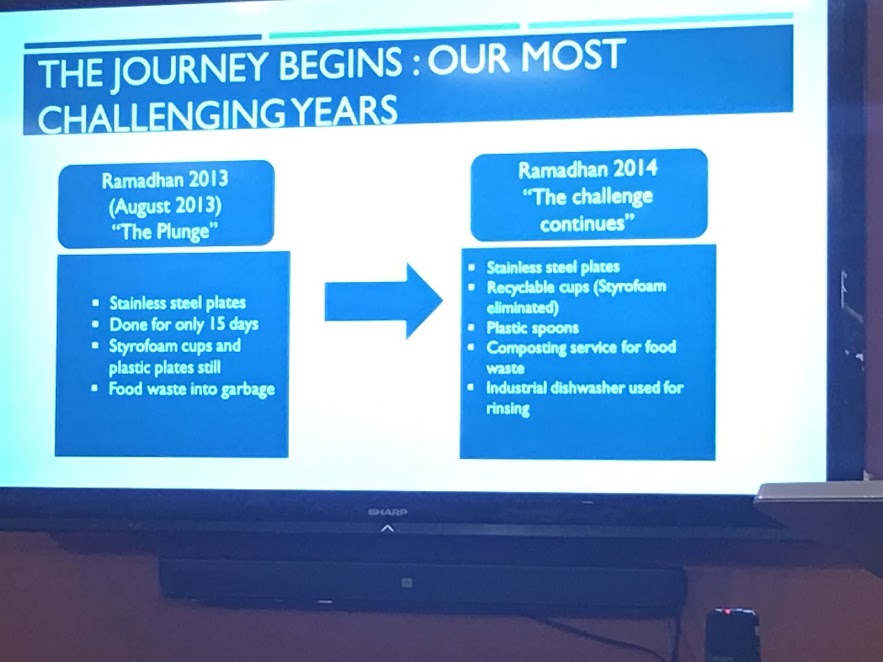 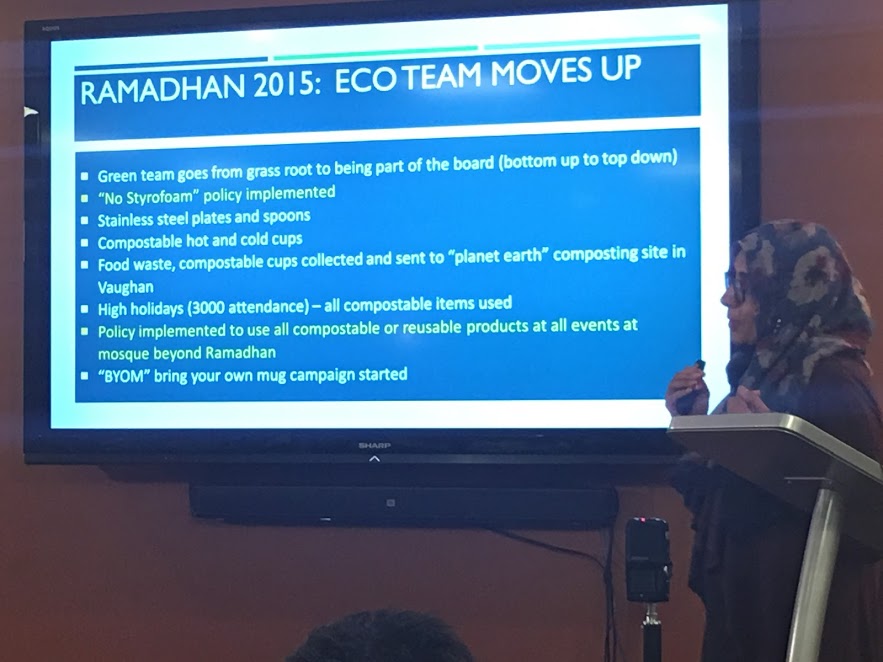 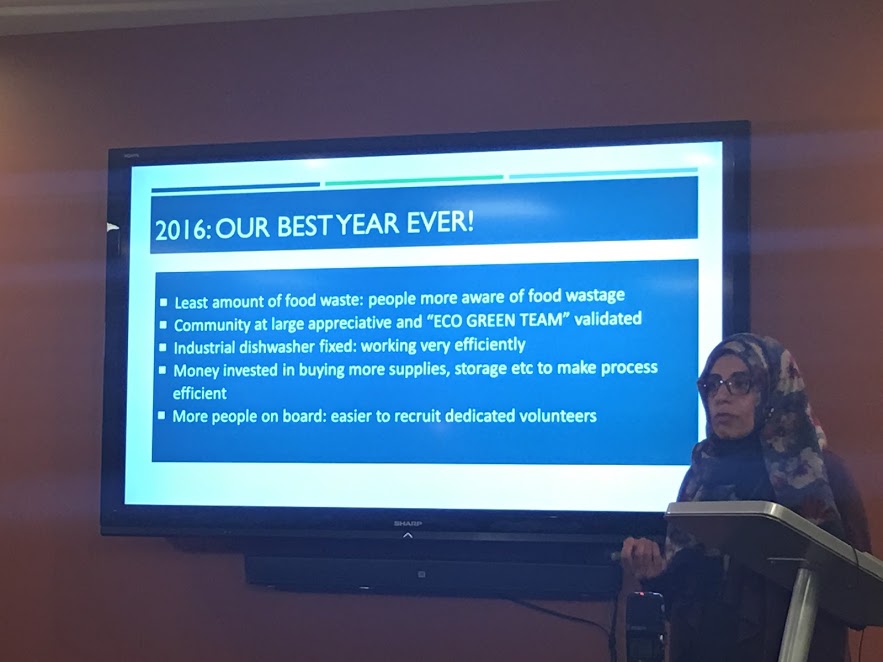 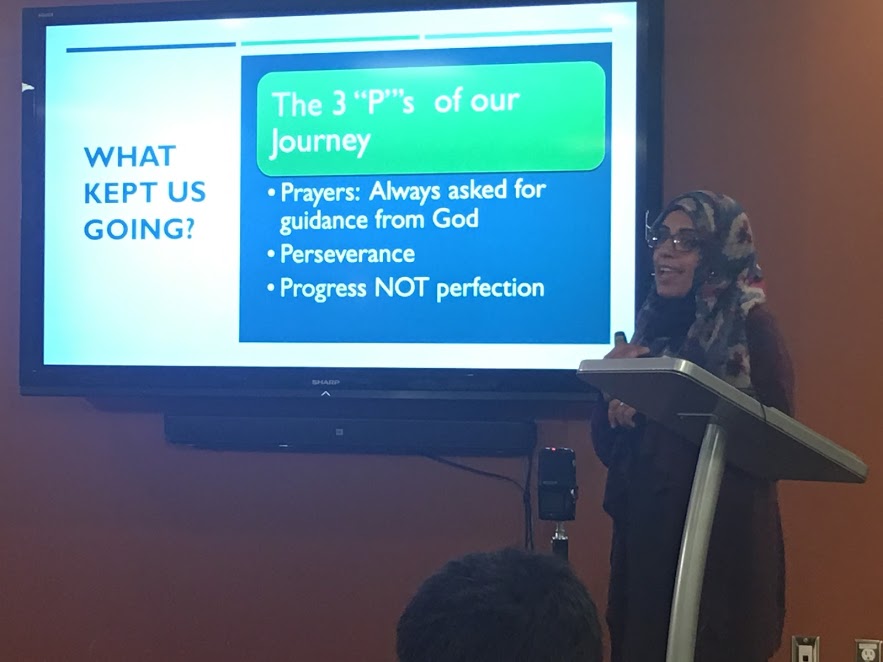