Toronto’s Ecumenical Good Friday Walk included Masjid Toronto as a station in a show of support for the Muslim community following the recent increase of Islamophobic incidents in Canada.

About 200 participants took part in the annual inter-denominational walk and were greeted at Masjid Toronto by leaders of the mosque – Imam Dr. Wael Shehab and Dr. El-Tantawy Attia – and interfaith leader, Muneeb Nasir.

This year, the walk began and ended at the Church of the Holy Trinity and the crowd moved as a procession to stations around the city within walking distance, each set with a different aspect of this year’s theme, Breaking Barriers.

The participants bore witness to breaking barriers including women’s equality, welcome of refugees and immigrants, and Islamophobia at various stations around downtown Toronto. 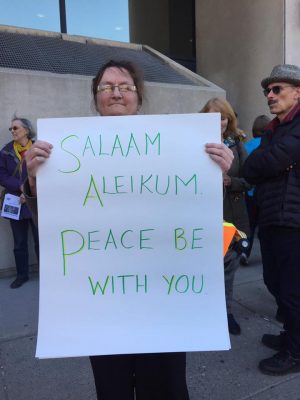 The Ecumenical Good Friday Walk for Justice began 35 years ago and, each year, the ecumenical planning team creates a map of stations to lift up current struggles.

“Over the years, we have stopped at the courthouse steps to protest racial profiling, at bank towers to repent valuing profits over people, and in back alleys to hear the stories of the poor,” said the organizers on their website. “We have stood with refugees, advocated for missing and murdered Aboriginal women, and worshipped with the Occupy movement.”

At the end of the walk, the group headed back to the Church of the Holy Trinity for a short reflection that was followed by a light meal of soup and bread.

Rev. Sherman Hasselgrave of the Church of the Holy Trinity reminded the crowd, gathered on the sidewalks outside the mosque, of recent acts of hatred directed towards the mosque.

In February, worshippers attending Friday prayer services at the mosque were greeted by protestors carrying banners and with loudspeakers, shouting Islamophobic slogans and calling for a ban of Islam.

After seeing pictures of the protest on social media, counter-protesters have shown up outside of the mosque on numerous occasions with posters and cards in support of Muslims. 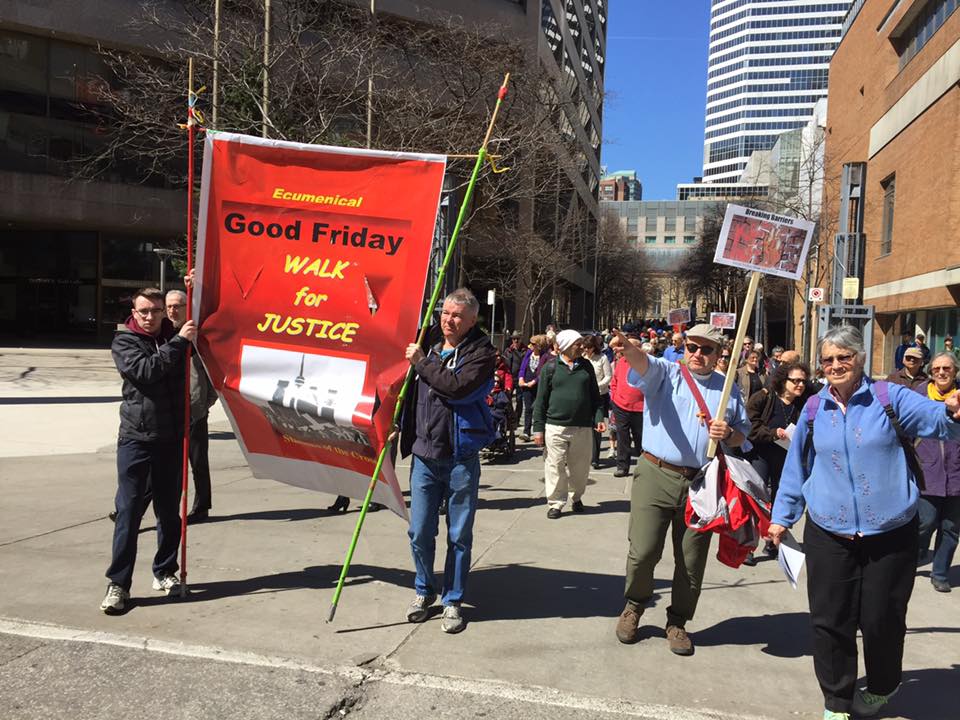 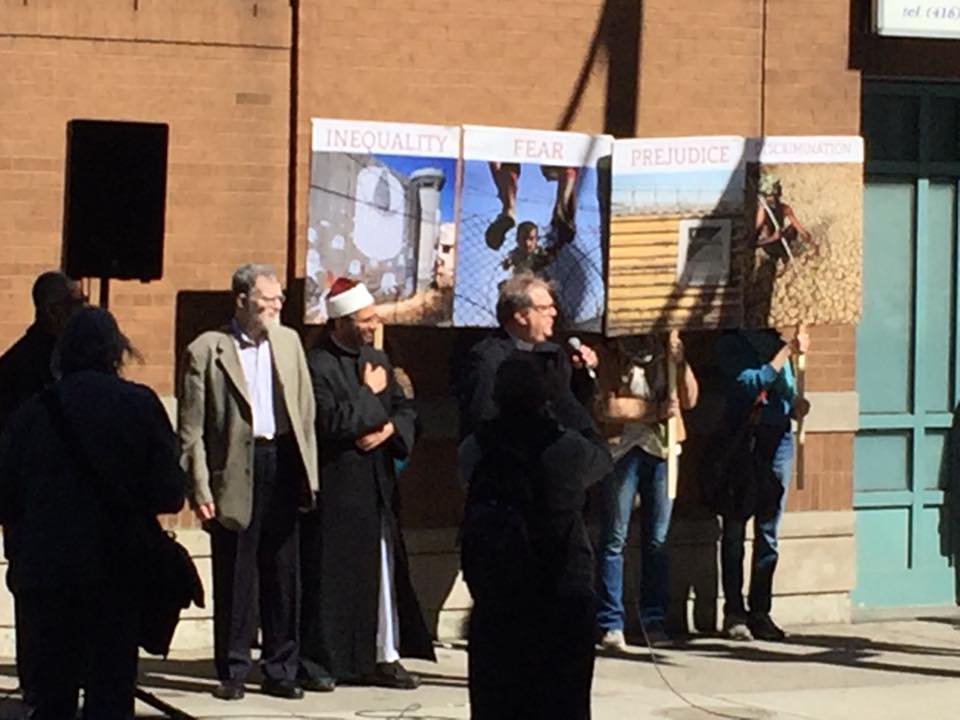 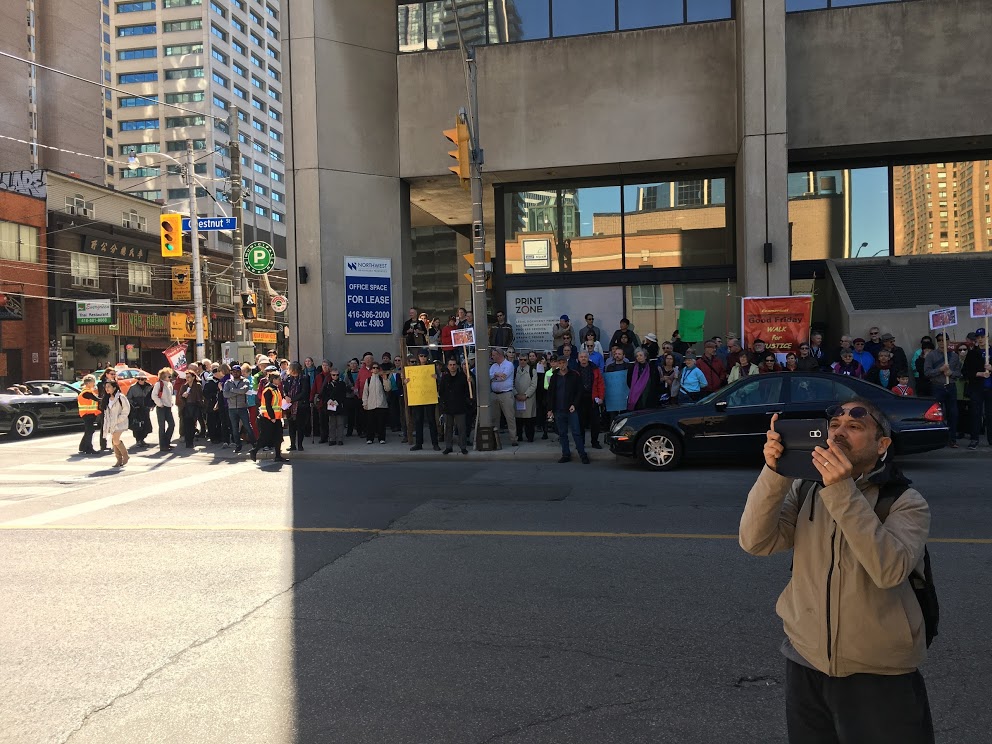 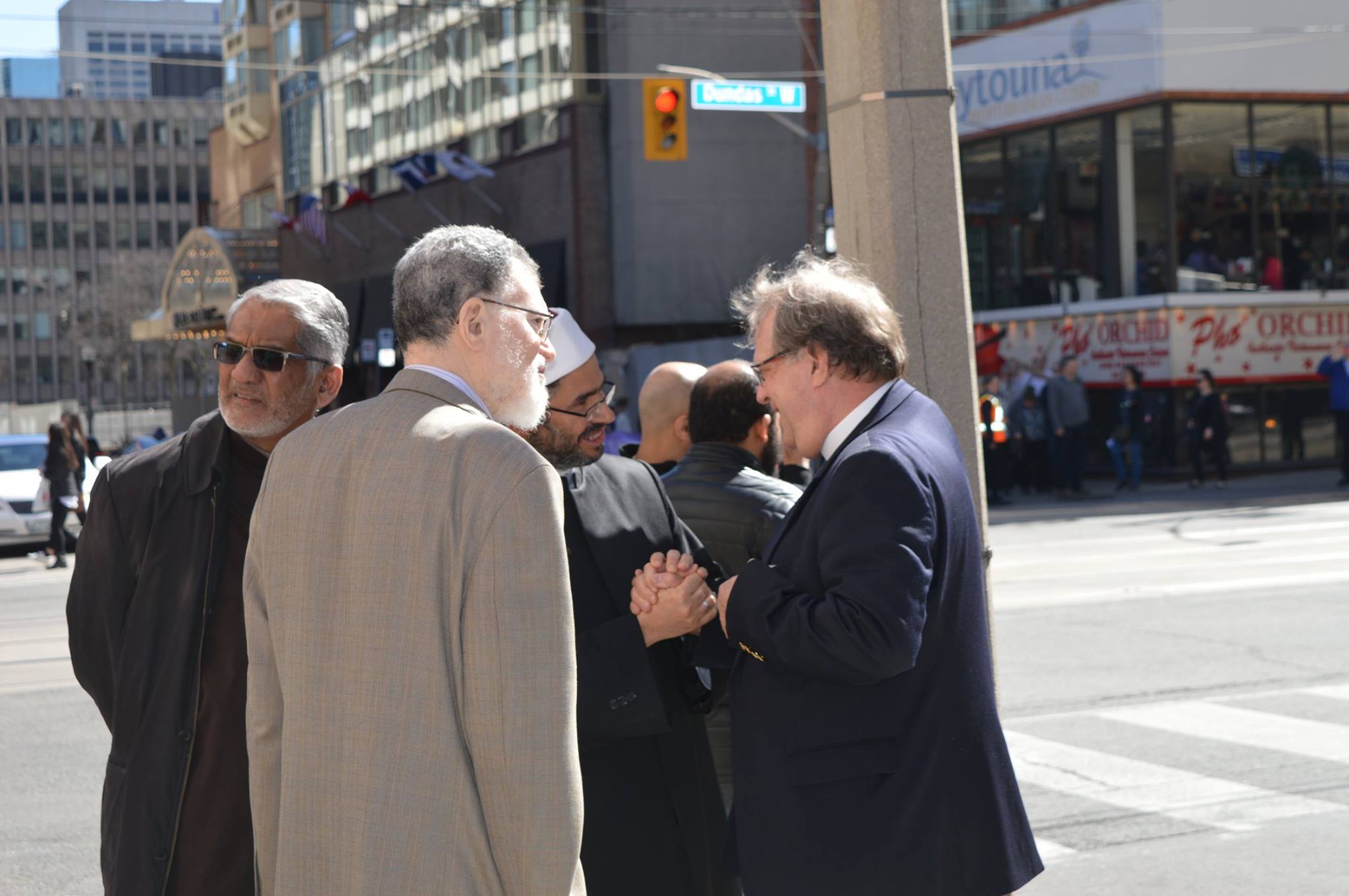 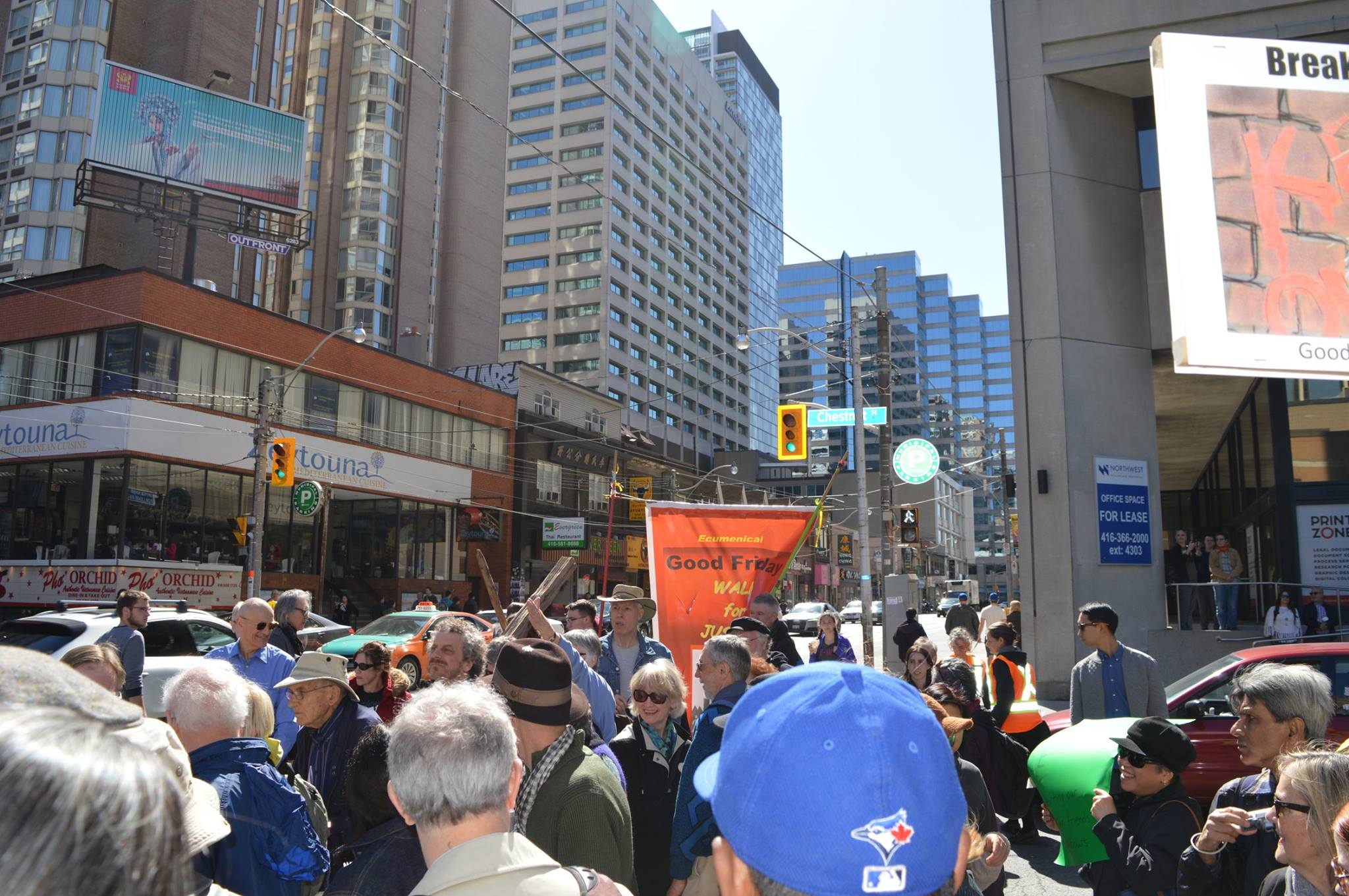 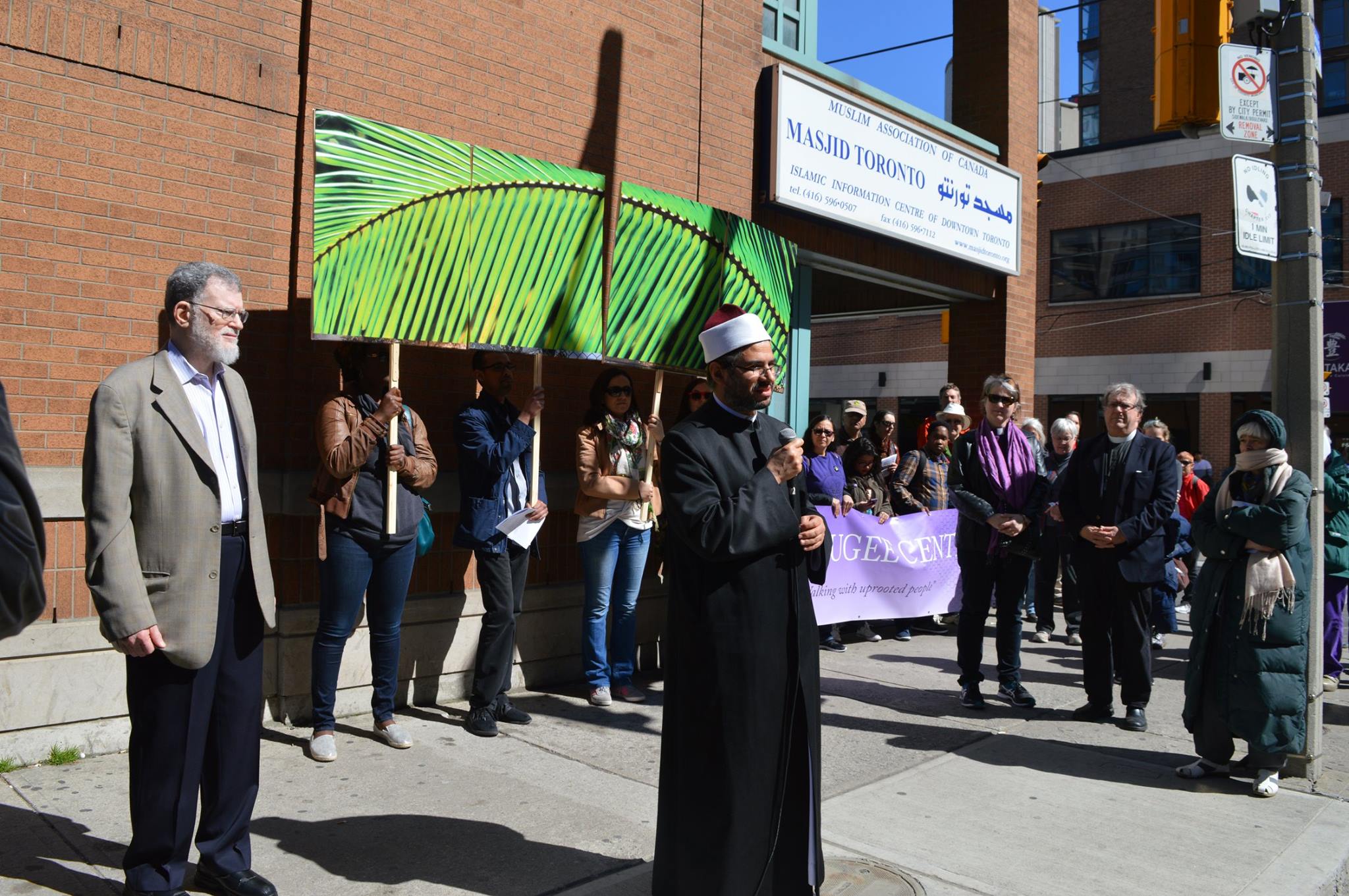