Dawud Walid is, he is a co-author of a recently published book entitled “Centering Black Narratives in Islam: Black Nobles among the Early Pious Muslims”. He is also the Executive Director of the Council on American-Islamic Relations (CAIR)- Michigan, which is a national Muslim advocacy organization in the United States. Imam Dawud Walid has lectured at over 70 institutions worldwide including at Harvard, United States Congress and University of Bamako, Mali.

Joining Dawud Walid for this event will be Imam Yasin Dwyer (Muslim Chaplain at Ryerson), Nadiya Ali (PhD Candidate at York with research interest in Black and Muslim Issues) and Chelby Daigle (Director of Muslim Link and Ottawa-based Anti-racism/Muslim Activist). 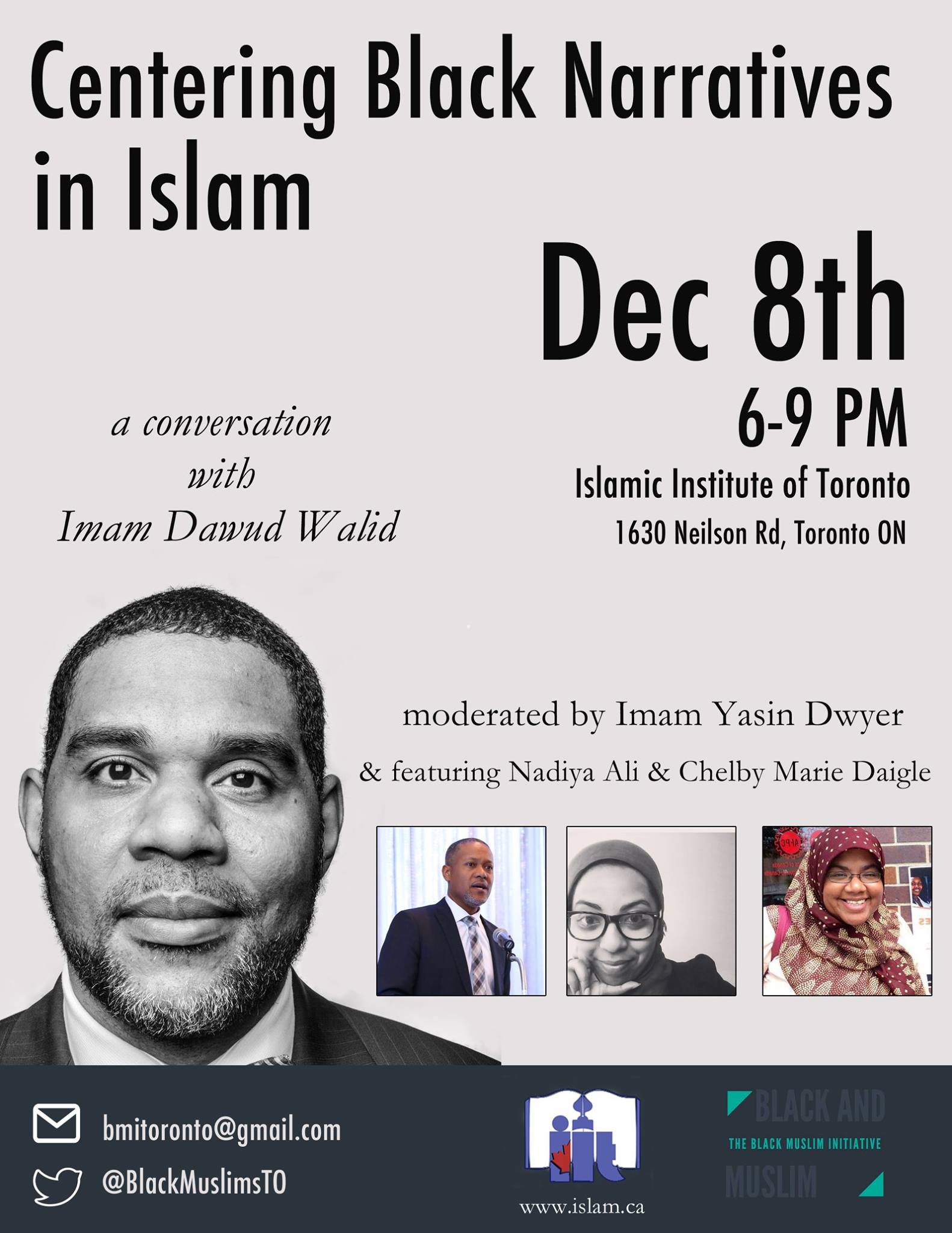