The keynote address was delivered by Dr. Alaa Murabit who offered some candid advice to the audience about the role of Canadian Muslims.

“We need to be better at working with others,” Dr. Murabit told the audience. “We can’t only speak up when something affects the Muslim community.”

Alaa’s TED Talk “What my religion really says about women” was selected as the TED Talk of the Day and one of four moving TED Talks you should watch right now by The New York Times.

Dr. Murabit spoke of her personal experience growing up in the Saskatoon and within the local Muslim community.

“I never found comfort in the mosque but I found it in the hospital,” she said. “In the hospital people were always praying and it was there I found spirituality.”

“We’ve significant challenges in our community that we need to talk about,” she added. “I was told by my community not to be so vocal.”

Murabit completed high school in Saskatoon, Canada at the age of 15 Alaa and moved to Zawia, Libya where she enrolled in medical school and founded VLW at the age of 21. 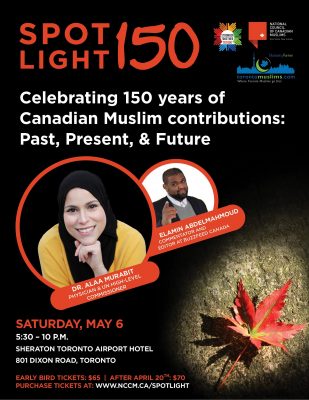 With a strong focus on challenging societal and cultural norms and utilizing traditional and historical role models she champions women’s participation in peace processes and conflict mediation.

Her programs, such as the groundbreaking “Noor Campaign” are replicated internationally.

A number of awards were presented during the evening to individuals who stood up for the rights of children within the school boards.

York region’s Charline Grant and Garth Bobb and the Peel District School Board were recognized ‘for standing up for the dignity and rights of all children.’

Markham parent, Naeem Siddiqi, was given a citation ‘for standing up for the human rights of all students.’

Nineteen Ontario groups were also recognized for their community work.

“All of these 19 teams are winners – and one special team will walk away with a $1000 prize towards their cause,” said NCCM in the pre-gala release.

The Justice for Abdirahman Coalition, an Ottawa based group supported by local and national advocacy groups, was awarded the prize. The objective of the coalition’s campaign is to obtain greater transparency, challenge racial inequity, and bring positive change in order to secure justice for the late Abdirahman Abdi and his family. 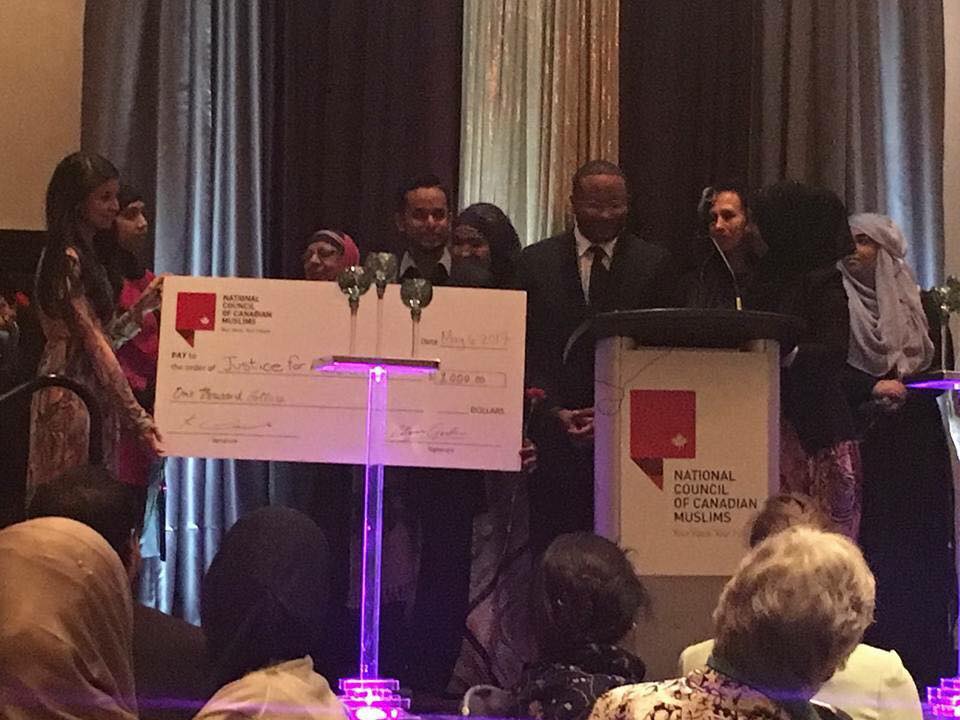