Canadians rallied in cities across the country to protest the military crackdown in Myanmar against Rohingya Muslims that the United Nations human rights chief has called “a textbook example of ethnic cleansing.”

At a rally in Toronto, Canadian Foreign Affairs Minister Chrystia Freeland said the action of the Burmese government against the Rohingya “looks a lot like ethnic cleansing.” More than 400,000 Rohingya refugees have fled the military crackdown to neighbouring Bangladesh as refugees.

“This is an issue that matters to me very much. It matters very much to our prime minister,” Minister Freeland told a crowd in Toronto’s Matt Cohen Park on Saturday at a protest organized by the Burma Task Force and several Canadian Muslim organizations.

Freeland said that she and Prime Minister Justin Trudeau plan to focus on the Rohingya crisis during the upcoming 72nd UN General Assembly in New York that starts on Tuesday.

Suu Kyi, who became the country’s civilian leader after her party won elections in 2015, has challenged suggestions the Rohingya are being mistreated. She recently posted a message on Facebook claiming the Myanmar government was “defending all the people in Rakhine in the best way possible.”

Fareed Khan, an organizer of the Ottawa rally, called on the Canadian government to strip Suu Kyi of the honorary citizenship it bestowed upon her in 2007.

“We have the ability to take that back. And yet the Prime Minister has not acted in a forceful and decisive manner,” said Khan, who launched an online petition calling for Suu Kyi to be stripped of the honorary citizenship.

“Aung San Suu Kyi does not belong in the same company as Nelson Mandela, the Dalai Lama, and Malala Yousafzai.”

Foreign Affairs Minister Freeland also told the Toronto rally that she also discussed the issue with Kofi Annan, the former UN Secretary-General who is currently leading a commission investigating the crisis unfolding in Myanmar.

She says another key focus for Canada is getting the ambassador into the area of heaviest conflict to report first-hand on the situation.

“Right now the time is not for statements but for real actions and real solutions,” said Ahmed Ramadan, co-ordinator for Burma Task Force Canada that advocates for the rights of the Rohingya people.

“We believe Canada can play a leadership role on the global stage and help bring an immediate end to the crisis going on right now.”

Canada is home to about 5,000 people of Myanma origin, with about 2,000 of them living in the Greater Toronto Area, according to Statistics Canada.

“What’s happening is a genocide. People should start calling it what it is,” said Ramadan. “This is an entire population of helpless civilians being targeted for who they are.”

At the Ottawa rally, Raees Ahmed, a Rohingya Muslim with family members stuck in the country told CBC News, “We are on the brink of witnessing another Rwanda or Srebenica.”

“It is in our responsibility — not only as Rohingya descendents or Rohingya relatives — but as a world community to prevent another [genocide] from happening.” 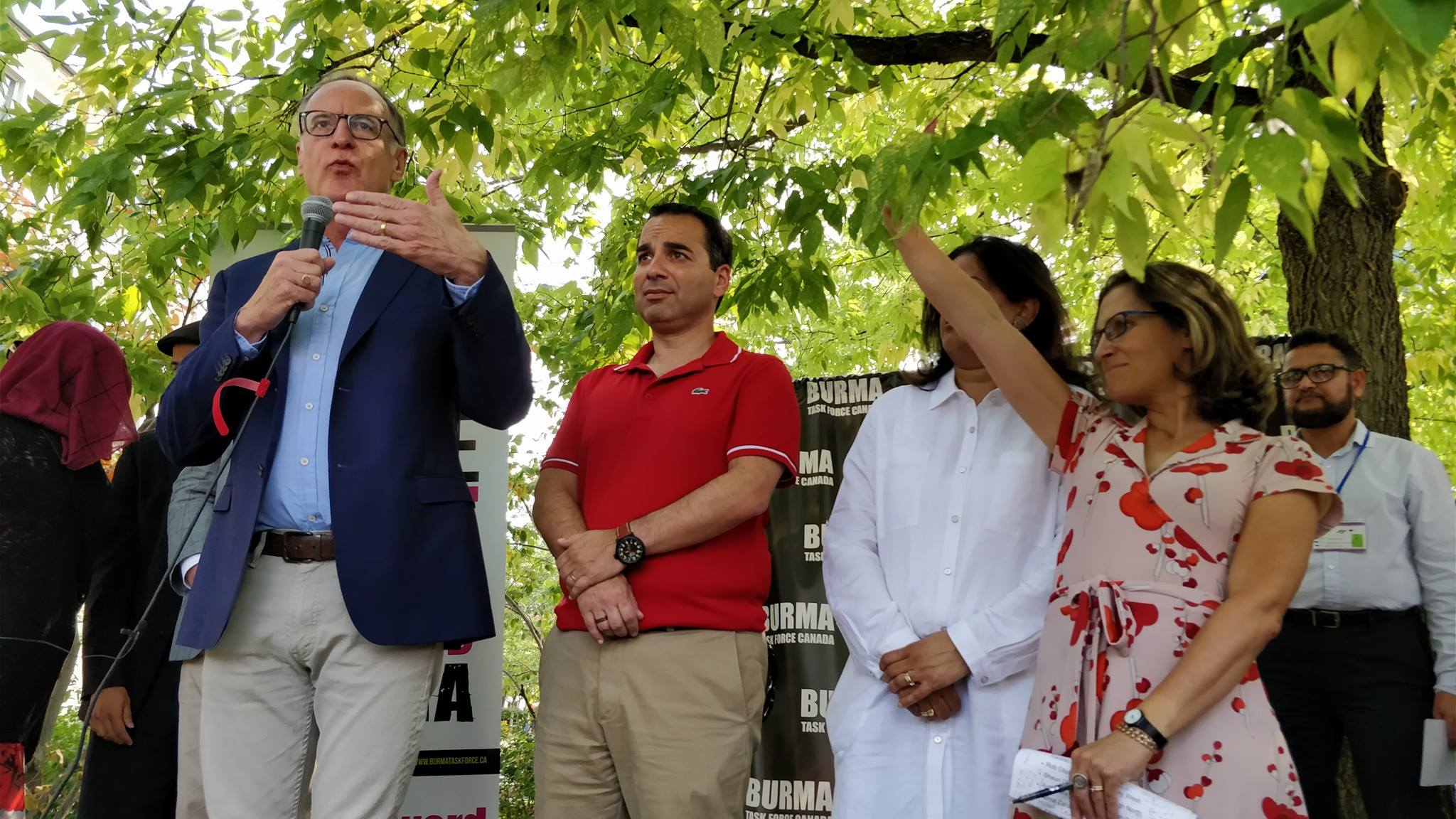 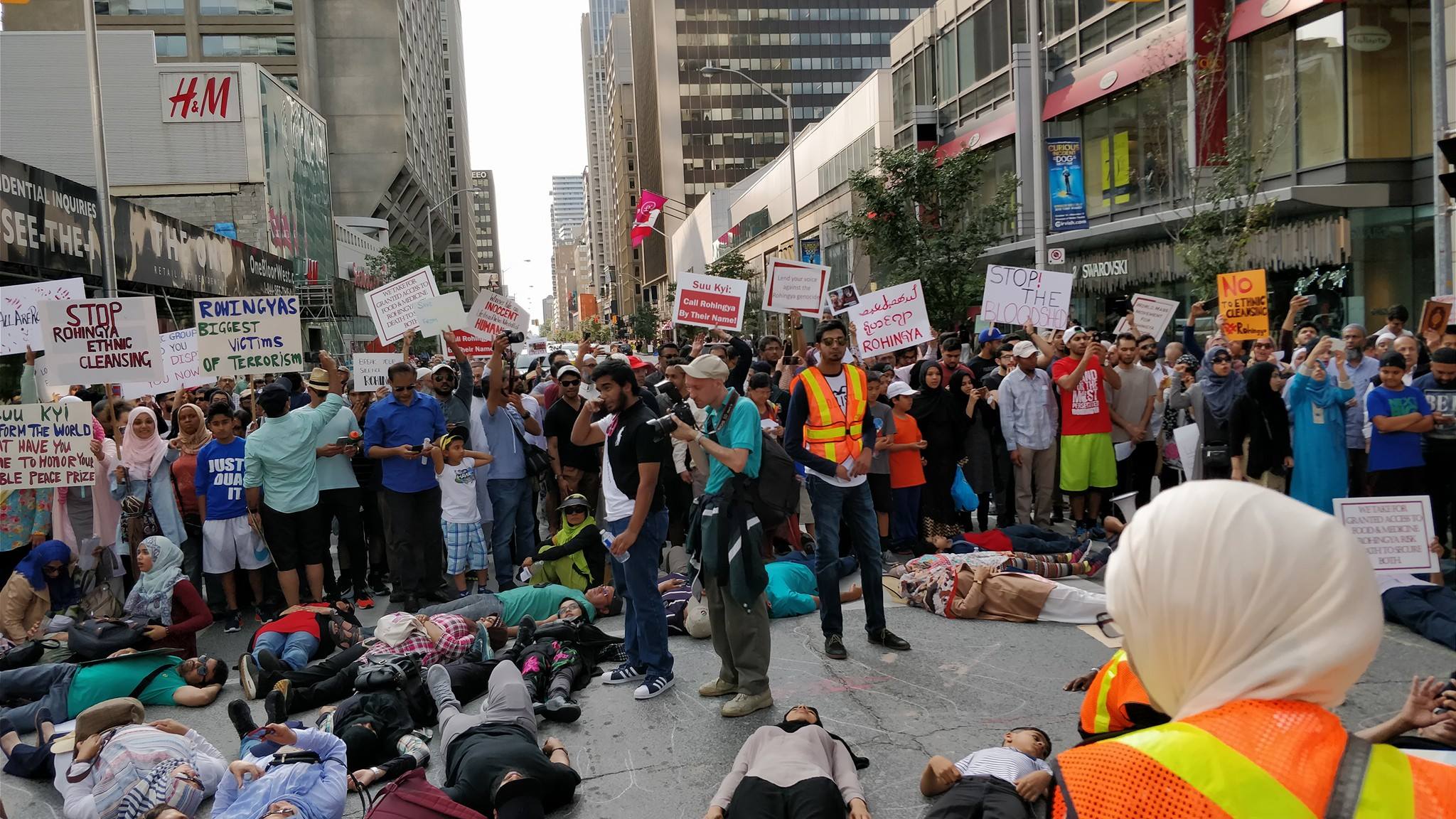 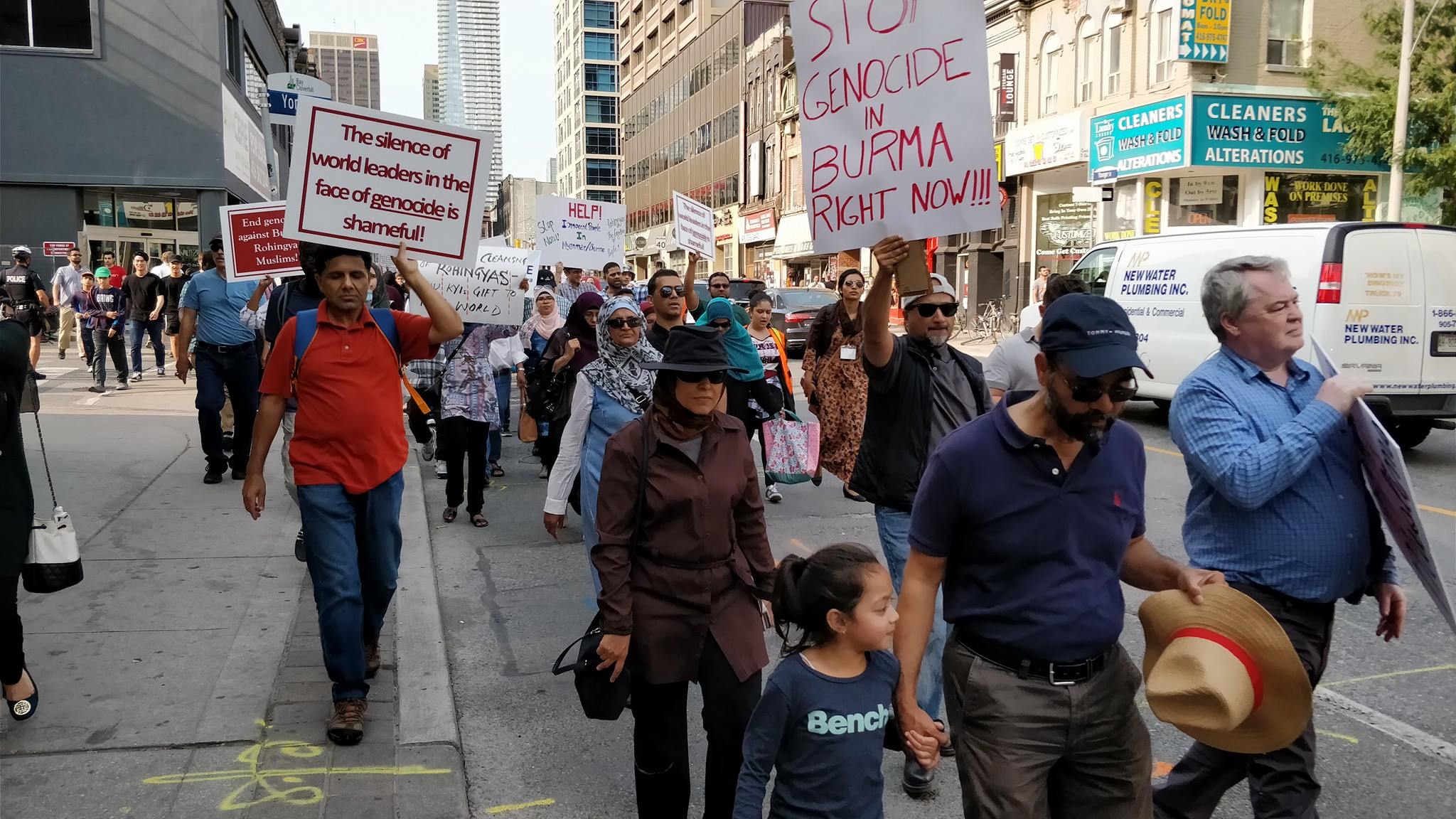 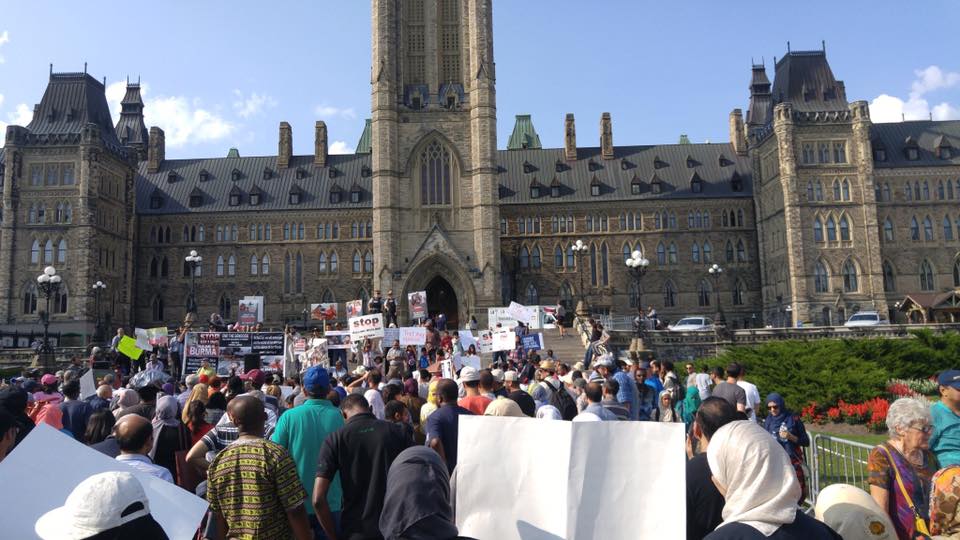 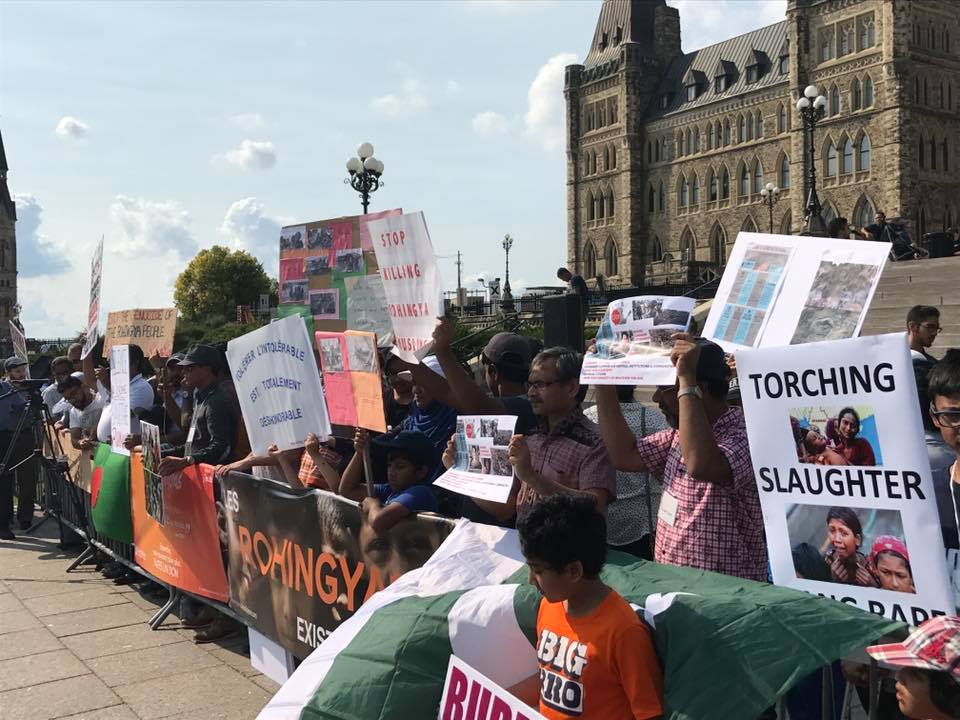