Canadian Imams offered condolences and stood in solidarity with the Coptic Christian community in Toronto following the recent terrorist bombings at two churches in Egypt.

“I visited the Coptic Church in Mississauga, along with some fellow members of the Canadian Council of Imams, this past Tuesday to express our condolences and to stand in solidarity with the Coptic Christian community following the terrorist attacks on two churches in Egypt,” Imam Dr. Mustafa Khattab told IQRA.ca.

The first bombing, in Tanta, a Nile Delta city about 100 km north of Cairo, tore through the inside of St. George Church and the second, a few hours later in Alexandria, hit Saint Mark’s Cathedral, the historic seat of the Coptic Pope.

Since the bombings, groups of Muslims have been visiting Coptic churches in the Greater Toronto Area delivering condolence messages and flowers. 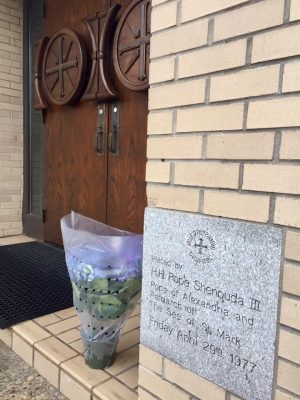 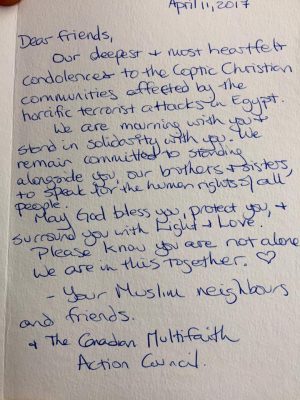