Canadian Muslims now have a stamp that recognizes two of their faith’s most important festivals, Eid al-Fitr and Eid al-Adha.

Canada Post unveiled the stamp Tuesday evening, together with Muslim leaders in Montréal and in Richmond Hill, Ont., north of Toronto.

“As Canada reaches its 150th birthday, our stamp committee reflected on some themes that need to reflect the Canada of today,” Deepak Chopra, President and Chief Executive Officer of Canada Post, told the audience at the Richmond Hill unveiling.

“It is only natural that we complete our celebrations by adding Eid into our official commemoration.”

The Eid stamp is one of three new religious stamps Canada Post will issue this year.

Canada Post had also announced earlier that it will issue a Hanukkah stamp this year, recognizing the Jewish faith’s eight-day celebration in December.

“Stamps have been a wonderful tool for us to capture our history, our heroes, our events, our accomplishments and events that have not been positive in our history but we have captured them on our stamps because history has been near and dear to Canada Post’s heart,” added Deepak Chopra. “I often say that we are the unofficial historian of Canada.” 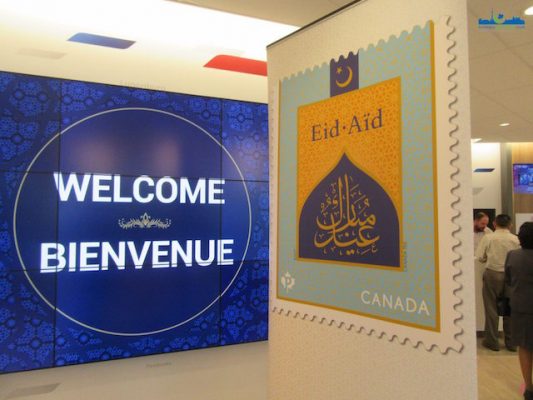 “We thank Canada Post,” said Dr. Hamid Slimi, an influential Muslim community leader, at the Richmond Hill event. “This is a beautiful work and it really speaks volumes.”

“We are saying to the world that in Canada we are doing things differently,” noted Dr. Slimi. “We are putting ethnic groups that have contributed or recently joined us on our national symbols.”

“We celebrate two Eids – Eid al-Fitr at the end of Ramadan which is a celebration of accomplishment and the other, Eid al-Adha which is about sacrifice.”

“Canada 150 is about accomplishment and sacrifice,” added Dr. Slimi. “We thank the people who built this country and opened the door for many immigrants to come to this country and to be part of this land.”

The Arabic script on the stamp reads “Eid Mubarak,” which translates to “Have a happy Eid” or “Have a blessed Eid.”

It appears under a pointed arch, which symbolizes the division between sacred and worldly space in Muslim culture.

The stamp’s deep blues and warm gold and yellows, as well as its geometric pattern, are seen in Islamic architecture. The new moon atop the stamp signifies the start of Eid. 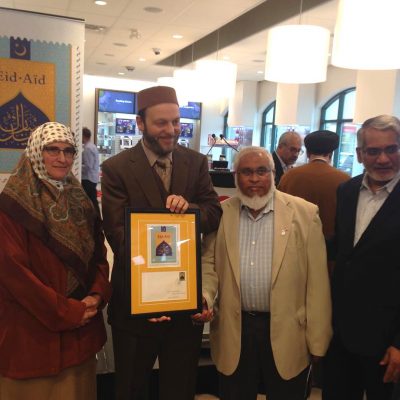 The population of Muslims in Canada passed the one million mark in 2011, and has reached more than 3 per cent of the total population.

Despite many Muslims being relative newcomers, a 2016 study found they stand out as being among the most enthusiastic groups of Canadians when it comes to patriotism.

More than eight in 10 said they are very proud to be Canadian. They are also as likely as others in Canada to say their Canadian identity is very important.

They agree with other Canadians, too, on what makes Canada a great country: its freedoms, its democracy and its diversity.

The study, entitled Survey of Muslims in Canada 2016, was the work of the Environics Institute, in partnership with the Tessellate Institute, the Olive Tree Foundation, Inspirit Foundation, The Canadian Race Relations Foundation, and Think for Actions. 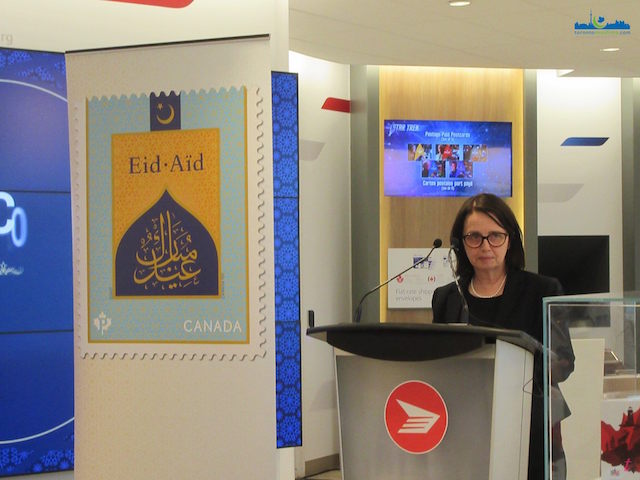 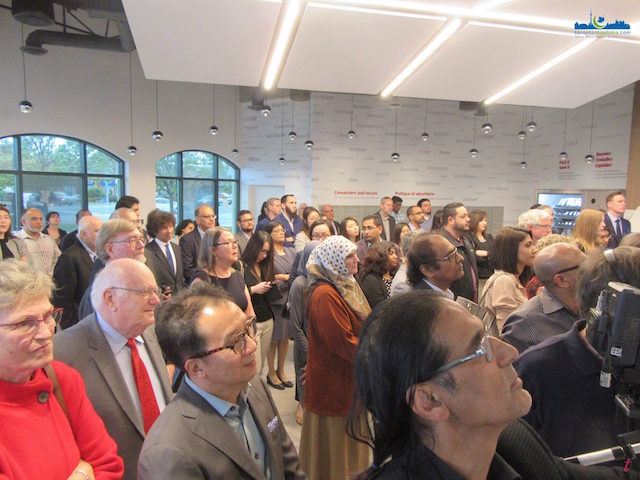 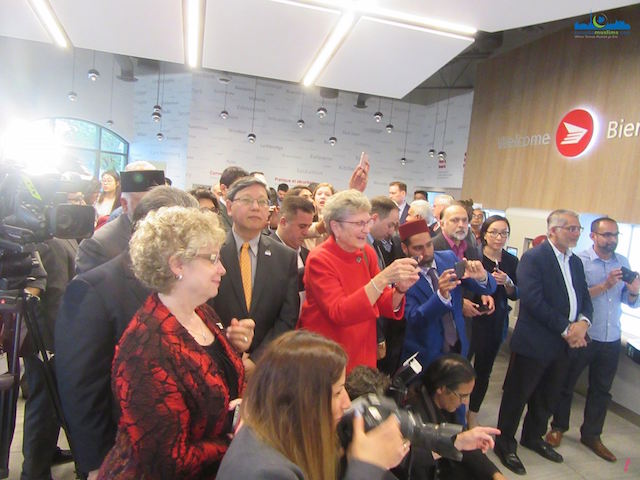 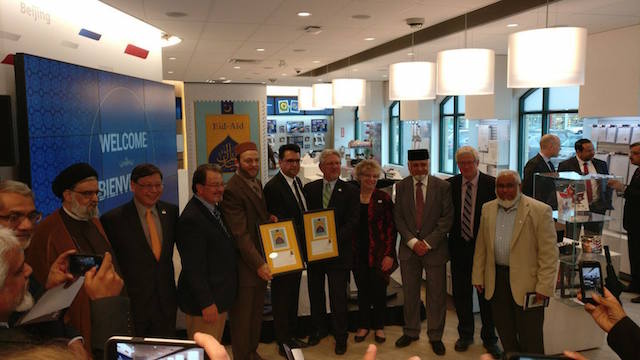 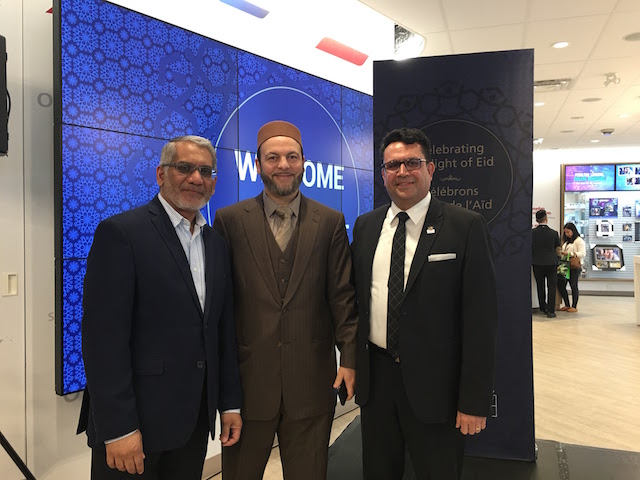 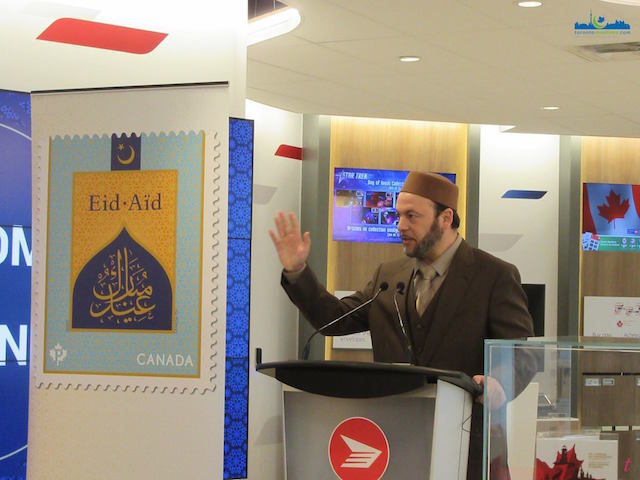 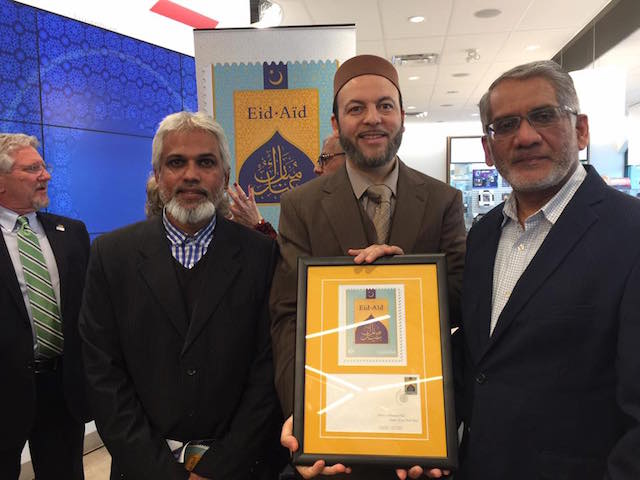 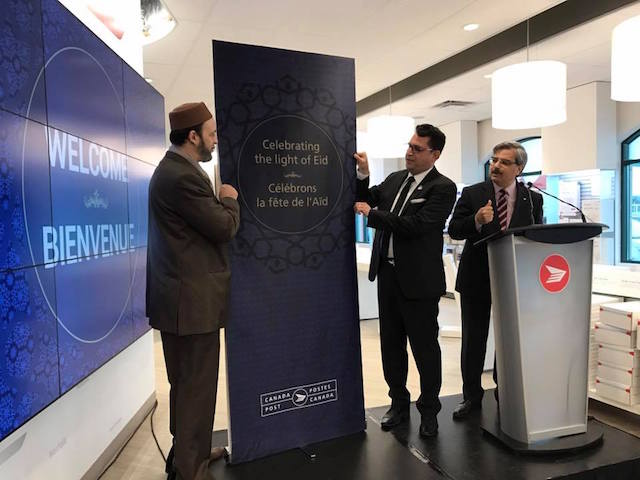