Faith leaders and community activists gathered in Toronto yesterday evening for a discussion on strengthening the bond between the Muslim and Indigenous communities.

United Muslim and Indigenous Voices is the first of a series of events focusing on solidarity and reconciliation and was brought to fruition as a result of recent racial and religious attacks, both at home and abroad.

The panel discussion was hosted by Canadian Roots Exchange, a national not-for-profit organization that is committed to building bridges between Indigenous and non-Indigenous young people. The goal of the event was to discuss issues of racism, colonialism and Islamophobia from Indigenous and Islamic perspectives and fits in the organization’s mission to facilitate dialogue and strengthen relationships through leadership programs.

The Toronto Foundation and the Inspirit Foundation were also supporting partners, and follows up on a report released last year which cites the ongoing discrimination Muslim youth face and the prevailing sentiment that this is expected to increase in the future.

“It’s no secret that folks from Muslim communities face discrimination and prejudices, much like Indigenous people,” said Max FineDay, co-executive director Canadian Roots Exchange to MetroNews. “This is an opportunity to start getting to know one another better and work together for the common good.” 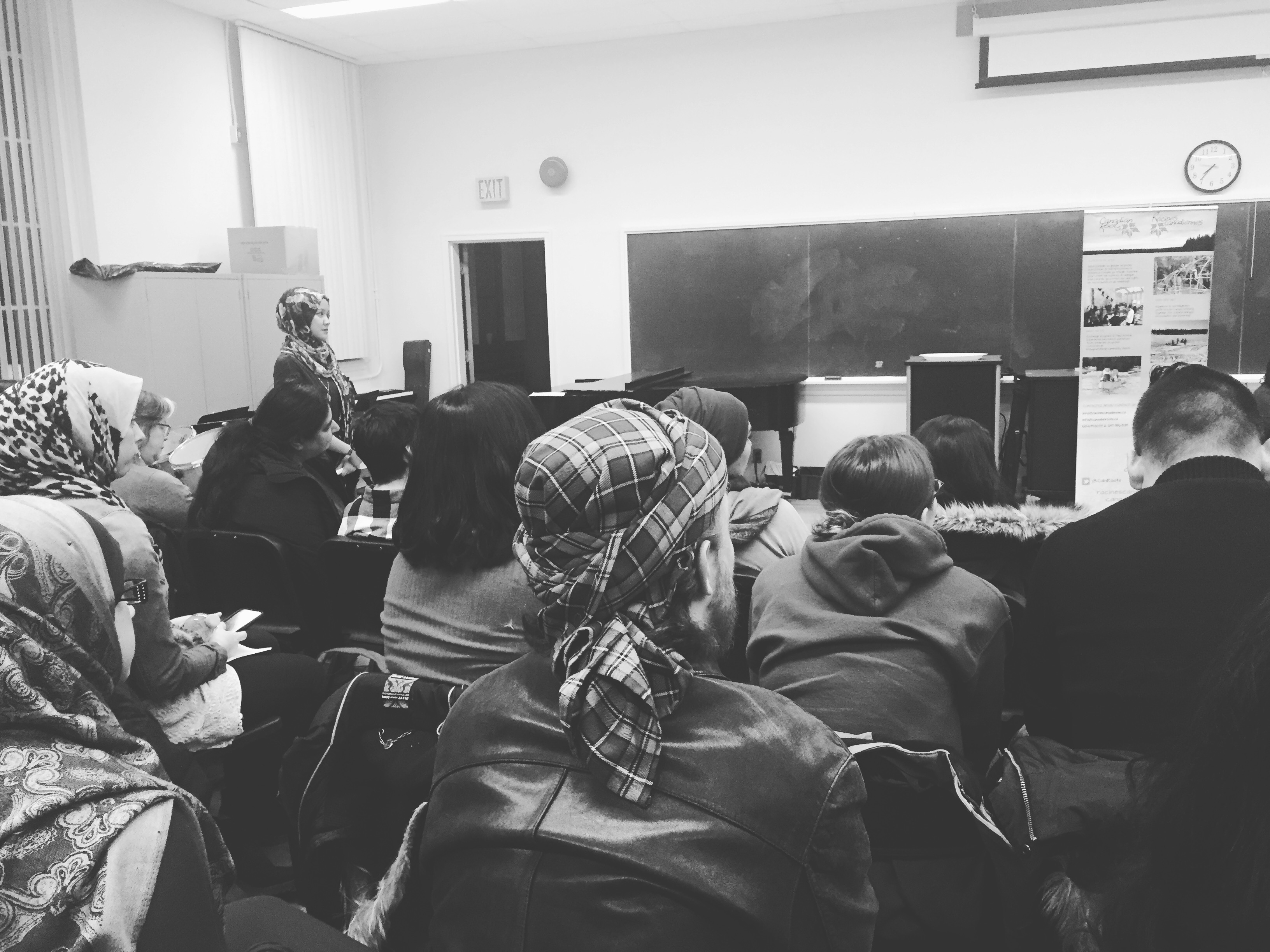 The panel discussed the importance of educating ourselves about each others’ injustices and confronting our own prejudices as part of the decolonization process. “In order to activate yourself, educate yourself.”

The audience also raised questions about meaningful forms of solidarity, and the importance of making incremental steps towards fostering a friendship not just between Indigenous and Muslim communities but with all Canadians. “Solidarity to me looks more like friendship,” said panelist Zainab Amadahy as she recollected a very personal experience; it can be small or it can be grand. But at the end of the day, it’s about a responsibility, a meaningfulness and a connection to one another.

Sarain is an Anishinabe dancer, choreographer, facilitator, and activist. Since 2015, Sarain has turned her focus more toward media undertaking several hosting contracts with the VICE network, including RISE, a multi-episode show focusing on the endeavours of indigenous cultures from around the world, and Cut Off, which followed Justin Trudeau as he visited Shoal Lake 40, a remote Indigenous community struggling with water security. Most recently, Sarain has been contracted to co-host a forthcoming show on the Aboriginal People’s Television Network (APTN). All of her work, both artistic and community-based, serves her deep commitment to the process of reconciliation between Indigenous and non-Indigenous peoples in Canada and beyond. 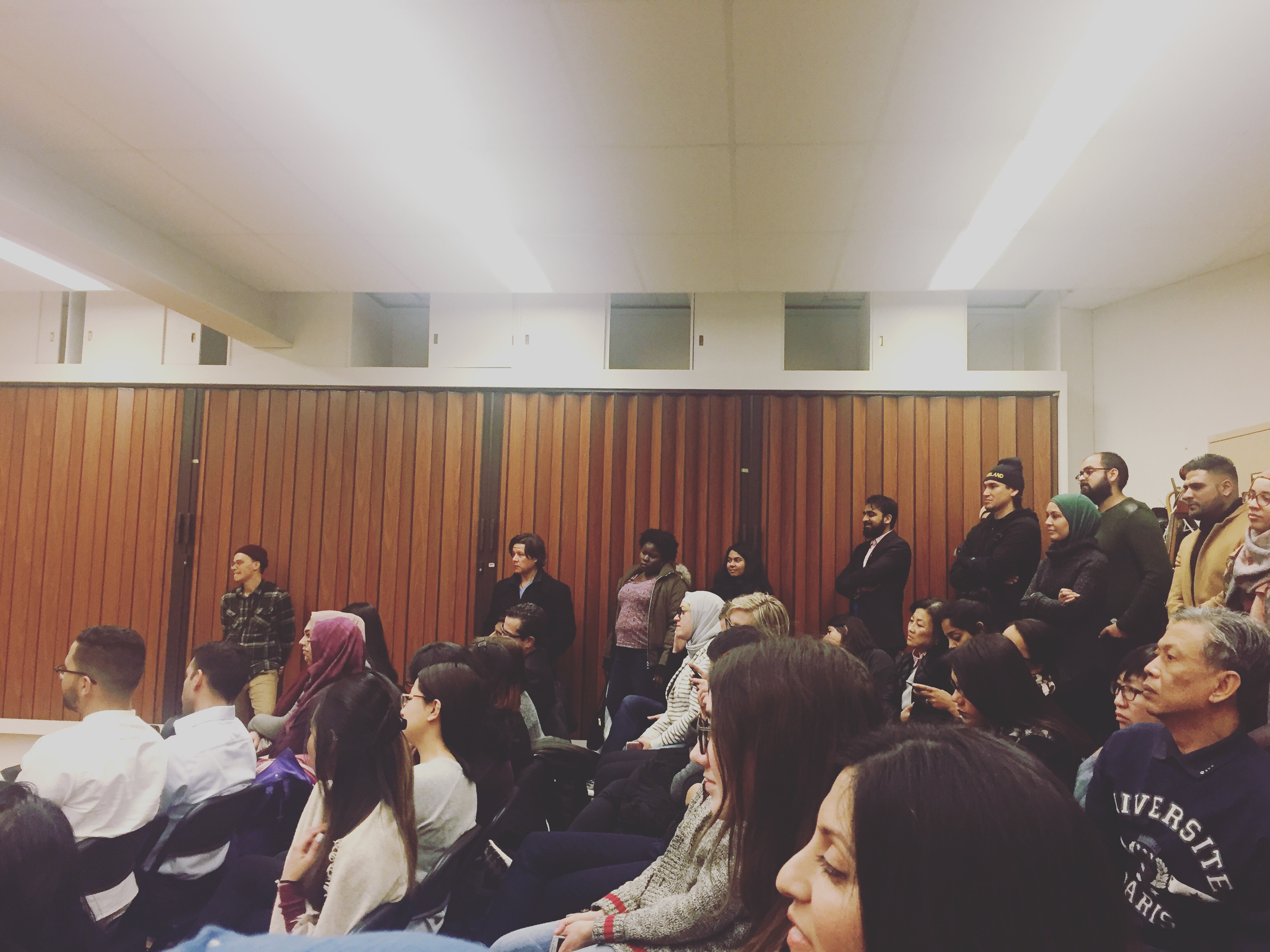 Of mixed race heritage, Zainab Amadahy is a researcher, organizational development consultant, author and educator currently based in Toronto. Her background in community service is in the areas of Indigenous knowledge reclamation, curanderismo, non-profit housing, women’s services, migrant settlement and community arts as well as medical and photovoltaic technologies. Among her publications is “Indigenous Peoples and Black Peoples in Canada: Settlers or Allies” (co-authored with Dr. Bonita Lawrence, 2009) and the futurist novel Moons of Palmares (Sister Vision Press, 1998). Links to Zainab’s more recent writings can be found at http://swallowsongs.com/

Elected to the TDSB in 2014, Ausma brings expertise and experience in education policy and community organizing to representing her vibrant downtown community. From serving on the Board of the Toronto Environmental Alliance, the city’s only social justice environmental organization, to volunteering with young people in Toronto’s high needs communities, to labour organizing and leading equity initiatives on Ontario campuses, Ausma is a committed life-long human rights and social justice activist. Her work continues as Director of Social Engagement at the Atkinson Foundation.

Rudayna Bahubeshi is the Communications Manager at Inspirit Foundation. She is a passionate social justice advocate and city builder who always asks who is at the table and who is missing? She is currently a CivicAction DiverseCity Fellow and a Youth Advisor on Wellesley Institute’s Supports for Success program, an emerging project seeking to bridge the gap across systems, services, and programs to enable children and youth to succeed. Rudayna has led programming and communications in the non-profit and grassroots sector for several years with organizations including Women in Toronto Politics, The Natural Step Canada, Engineers Without Borders, Getinvolved.ca, and Impact Hub Ottawa. Rudayna is deeply interested in civic engagement and developing a more inclusive civic discourse. She is originally from Ottawa and holds a Bachelor of Humanities from Carleton University.