These days, religion is such a heavy, complex topic to talk about. It carries a lot of negative connotations and, when misused by some, causes violence and oppression. That is why I rarely talk about my faith outside of the Seventh-Day Adventist community – because of fear or judgment from others. I have also been on such a spiritual rollercoaster in the last couple of years that included abandoning my faith for a while (which is also known as backsliding). It has only been in the last three years that I’ve reconnected back to my faith and I’m currently wrestling to maintain a stable and authentic relationship with God. I feel that if someone were to ask me about my faith today, I would somehow not represent it the way I think I should because I’m at such an early stage of my relationship with my faith.

That’s why an Eid dinner for the first time this past July was an important experience for me. Eid-al-Fitr is one of the most important holidays in the Islamic faith. It signifies the end of Ramadan, the holy month of fasting, which takes place a month prior. This was fascinating to me because, being born and raised as a Seventh-day Adventist in Toronto, I grew up being fully immersed in my faith. My dad was born and raised as a Muslim in the Gambia but became Agnostic in his twenties. He rarely spoke about Islam when I was growing up and made education his personal religion instead. There were, however, a few times where my brother and I caught my dad praying or reading his Qu’ran, but these were both rare occurrences. My Catholic-born mother, on the other hand, converted to the faith as a teenager in her homeland of Grenada.

For these reasons, celebrating the end of Ramadan should be a personal experience for me, yet it’s so foreign and far-removed from my reality. So when I was invited by the Inspirit Foundation to attend this dinner, I was excited to see what it would be all about. This would the first time I would attend a Muslim-based event without it being for a school assignment. After attending, I have to say that it left me wanting more.

We were treated to a row of food inspired by Inspirit’s Communication Coordinator Shazlin’s Malay heritage, like the Malaysian-style chicken stew. Before we dove in, Shazlin led us through an exercise of expressing gratitude, which is common in Malaysian Muslim communities. Some of us were grateful for new beginnings such as marriages while others were just grateful for being present in the midst of such chaos in the world.

These communal gatherings don’t happen often enough and it’s sad. We need to create and continue to foster spaces and conversations where we are able to share ourselves in the most authentic ways. We also need to make sure that safety is a priority so that we can share our faith and what it means to us without prejudice, judgment or backlash. There were times when I was in spaces that claimed to be inclusive and anti-oppressive and felt unsafe. I would want to eventually come to a place that, regardless of people’s opinions on faith and religion, I can share my faith as part of my various intersecting identities.

There is power in sharing a meal together. Let’s do it again. 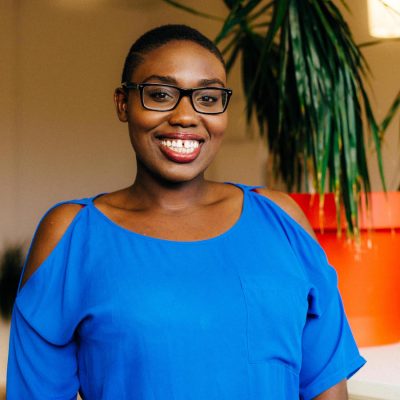 About the author:
Jonsaba Jabbi is an emerging writer, storyteller and introvert born and raised in Toronto. When she’s not working in communications during the day for a non-profit organization, she moonlights as a part-time snacker, avid reader, makeup enthusiast, Youtube viewer and aspiring traveler.