“Islam appreciates and celebrates the earth and the environment to the extent that some Qur’anic surahs are named after some creations such the cow, the ants, the bees, the sun, and the moon,” said Imam Dr. Wael Shehab of Masjid Toronto in his message to the congregation. “The earth and all creations glorify Allah, so we have something in common with them all.”

“We love all creations and they love us too,” said Imam Shehab. “For us, the whole earth is like a masjid, so we should preserve it.”

The Green Khutbah Campaign commemorates Earth Day which coincided with the sermon awareness campaign this year.

“This year the theme of the Green Khutbah Campaign is ‘Climate Change: Working Together to Solve a Global Challenge’ whereby we encourage Muslims to evaluate their contribution towards global warming and consider the implications for current and future generations,” said Muaz Nasir, the publisher of the Canadian environmental website, Khaleafa.com and one of the founders of the Campaign. 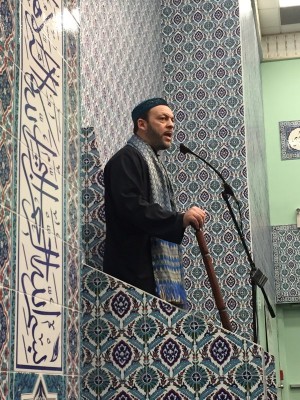 “We have been honoured to be vicegerents of God on earth,” Imam Dr. Hamid Slimi told the congregation at the Sayeda Khadija Centre in Mississauga. “Take responsibility of your duty to Mother Earth.”

“This environmental crisis is not localized but universal,” said Friday Imam Muneeb Nasir in his sermon at Masjid Toronto at Adelaide. “This crisis is not just a scientific problem or an environmental one but the result of a deep, inner crisis of the soul – it is a moral issue.”

“We cannot tune out – tuning out would mean that we are disregarding our moral responsibility to Allah’s creation,” added Nasir. “As such, we must be, not just ‘friends of the earth’, but its guardians.”

“Today’s Green Khutbah Campaign is calling all Muslims to reflect and join with others to create a sustainable future – a future where we meet our needs without compromising the ability of future generations to meet their own needs.” 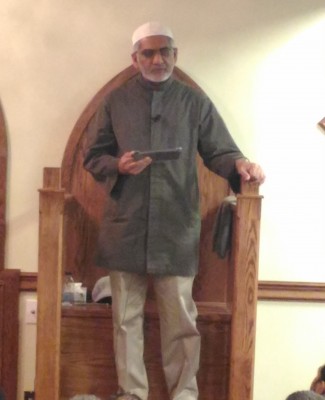 As the world commemorated Earth Day on Friday, leaders from more than 170 countries gathered at the United Nations in New York to sign an international treaty that aims to limit global warming to well below 2 degrees Celsius.

Earlier in the week, 250 religious leaders around the world released the Interfaith Climate Change Statement warning, “The planet has already passed safe levels of greenhouse gases in the atmosphere.”

“Unless these levels are rapidly reduced, we risk creating irreversible impacts putting hundreds of millions of lives, of all species, at severe risk.”