The Jubilee Year of Mercy proclaimed by Pope Francis provides an opportunity to contemplate the mercy of God and advance dialogue between Muslims and Christians, a group of scholars, religious leaders and journalists told a gathering at Toronto’s University of St. Michael’s College on March 3.

“The Catholic Muslim Dialogue is not something new to either Christianity or Islam,” Keynote speaker, Franciscan Friar of the Atonement Fr. Elias Mallon, told the symposium. “Belief in the God of Abraham gives a unique character, indeed a unique poignancy, to the Christian Muslim dialogue.”

Fr. Mallon is a scholar of ancient semitic languages who has spent 30 years in interfaith dialogue.

The Catholic-Muslim symposium under the Shakespearean title of “The Quality of Mercy is Not Strained” was sponsored by Richard Alway Interfaith Symposium Fund and supported by a number of Christian and Muslim institutions.

“We are really excited for this opportunity to welcome you to St. Michaels College University of Toronto for this very important event,” Dr. James R. Ginther, Dean of St Mike’s Faculty of Theology, told the gathering in his welcome remarks. “The dialogue between faiths particularly between Christianity and Islam have been part of the culture and the intellectual life of St. Michaels for a very long time.”

“As you all know these kinds of interfaith conversations can at times be difficult and but also extremely rewarding,” added Dr. Ginther.

Last year, Pope Francis in announcing the Jubilee Year of Mercy said, “Let us not forget that God forgives and God forgives always. Let us never tire of asking for forgiveness.”

In his opening address Dr. Andrew Bennett, Ambassador of the Religious Freedom Office, spoke of the importance of engaging in dialogue to promote common understanding.

“Interfaith and intercultural dialogue initiatives enables individuals and groups to encounter one another,” said Dr. Andrew Bennett. “And doing so achieve greater common understanding and overcome differences and misconceptions in efforts to advance peace, stability and prosperity.”

“Indeed, Canada has made recognition of and respect for diversity a priority both at home and abroad,” noted Dr. Bennett. “As Prime Minister Trudeau has repeatedly stated, diversity is a source of strength not weakness.”

Dialogue is the only antidote to demagoguery and constant conflict, Haroon Siddiqui, emeritus editorial page editor of The Toronto Star, noted in his presentation.

“Not all Muslims live up to the Islamic ideal,” said Sddiqui. “But confusing misguided bands of terrorists with an entire religion only obscures the true nature of forces at play in the Middle East, North Africa and Northern Nigeria.”

“We fall into the trap of this propaganda that this is a war of Christians against Muslims. It’s not. These are geopolitical issues,” he said.

Earlier, a panel of speakers spoke about mercy from their faith perspective.

“Christians and Muslims comprise nearly half of the world’s population,” said Muneeb Nasir. “The relationship between our two faith communities is of great significance for the welfare and future of the whole human family.” 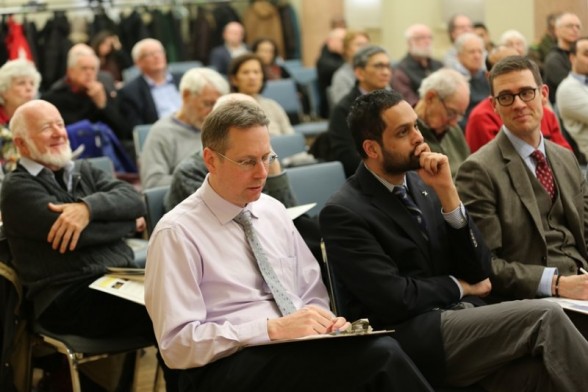 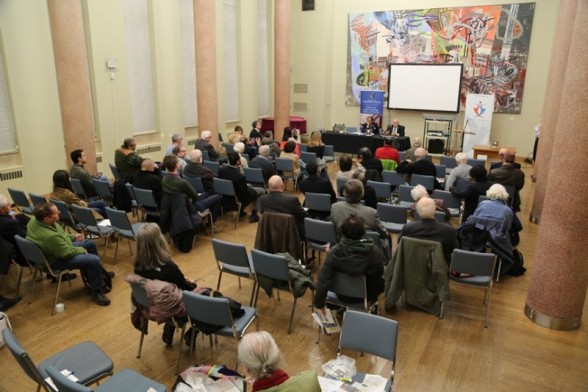