On Sunday, November 6, a Remembrance Day service to commemorate the service of Muslims in times of peace, conflict and war was held at the Royal Canadian Legion Branch 22 in Toronto.

Remembrance Day, despite its national historic importance, is often an ambivalent day for many Canadians, both old and new, who do not have a military heritage in their family or come from demographics where military service is seen with controversy.

“As a larger initiative in building awareness and including the full breadth of our nation into the narrative of our Armed Forces, the Muslim Remembrance Day service brought the traditionally themed ceremony with the added inclusion of Muslim symbols and scriptural readings from the Qur’an to give the commemoration the same broad focus, but with an added emphasis on the Muslim voice,” said Pader (Capt.) Ryan Carter. 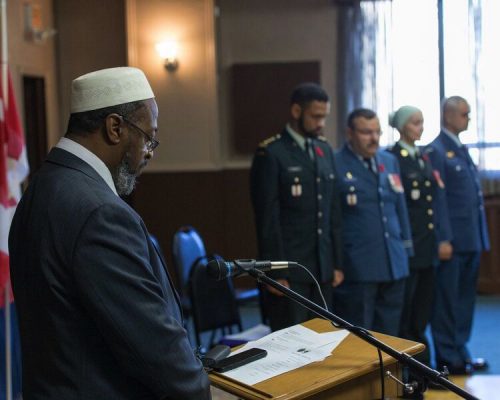 Padre (Capt.) Ryan Carter’s reflection highlighted the contribution of Muslims in the previous World Wars and the fact that Muslims in the present continue to contribute to the Canadian Armed Forces and, thus like all Canadians, are part of the historical narrative of Remembrance Day.

He emphasized the human element of loss and why commemorating the fallen must be a collective ritual which transcends religious differences and which binds Canadians together as a nation.

“My hope it that this Remembrance Day event becomes an annual event in Muslim communities across Canada and that Muslims make an effort to participate in the commemoration,” said Imam Michael Taylor. “Muslims serve in the Canadian Armed Forces and do so as part of their sense of being Canadian.”

Canada’s Muslims make up 3.2 percent of the national population, representing the second largest religious group after Christianity, and is one of the fastest growing segments of the Canadian population. 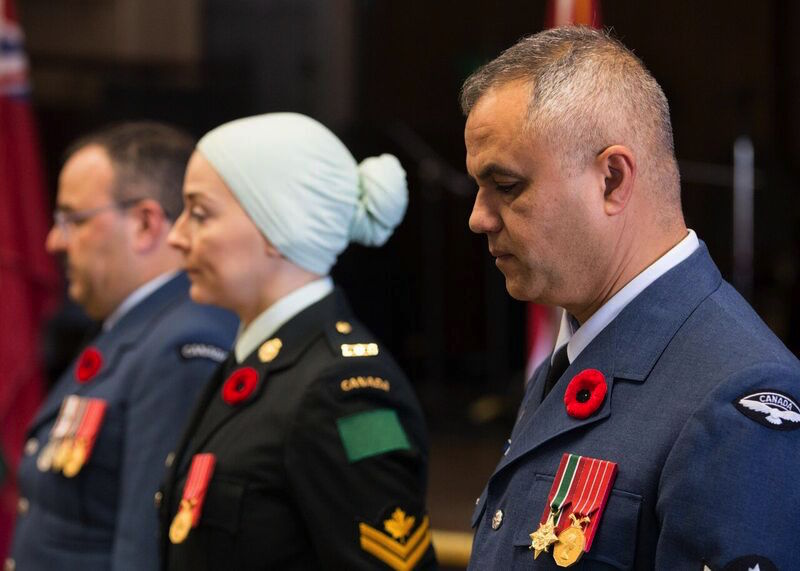