A Mississauga mosque and an Etobicoke church recently took part in an interfaith exchange that brought together both congregations to experience each other’s prayer service.

The inter-faith exchange between the Sayeda Khadija Islamic Centre in Mississauga and Bloordale United Church was organized by Rev. Brian McIntosh and Imam Hamid Slimi. 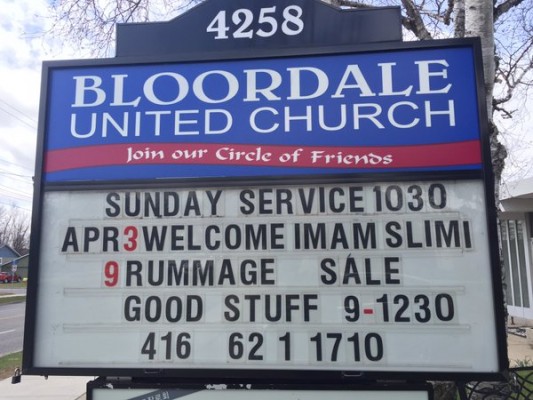 “The idea was to open our congregations to each other and have them listen to the message of both religions,” Imam Hamid Slimi told IQRA.ca. “My Khutbah was about the different encounters of the Prophet Muhammad, peace be on him, with Christians throughout his life and encouraging Muslims to embrace that kind of relationship.”

Dr. Hamid Slimi is the Imam, Resident Scholar and Founder of Sayeda Khadija Centre. He has been serving as an Imam, Chaplain, Educator and Consultant in Canada for 18 years in different religious and educational institutions. 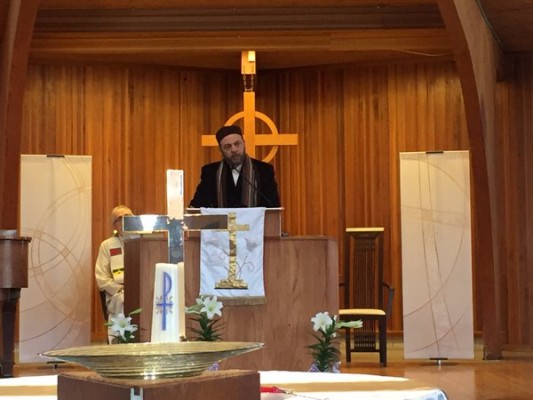 The Centre’s congregation and Imam Slimi welcomed congregants of Bloordale United Church for the Friday afternoon prayers and a meal on April 1st, with Rev. Brian McIntosh addressing the Friday congregation in the mosque.

“It’s a real honor and pleasure for me to be here today,” Rev. Brian McIntosh told the mosque congregants. “A number of years ago, the United Church agreed on a statement on Muslim-Christian relations and mutual recognition in pursuing dialogue and partnerships in various efforts, not only in worship and education about our faith traditions, but also in how we can work together toward the harmony and peace, healing and right relationships.”

“I see this as only the first step in what is a budding, growing relationship between our people and your people,” he added.

Rev. Brian McIntosh is a Minister with 26 years experience in pastoral ministry, in Cape Breton, New Brunswick and Toronto.

On Sunday, April 3, Bloordale United Church hosted a group from the SKC Centre and Imam Hamid Slimi was the Church’s guest speaker as part of the Sunday Morning worship service, which was followed by an informal dialogue over a meal.

In advance of these events, Bloordale United Church offered a brief two-evening seminar on Islam. 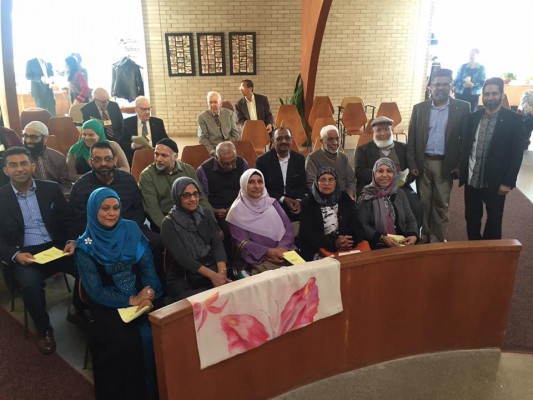 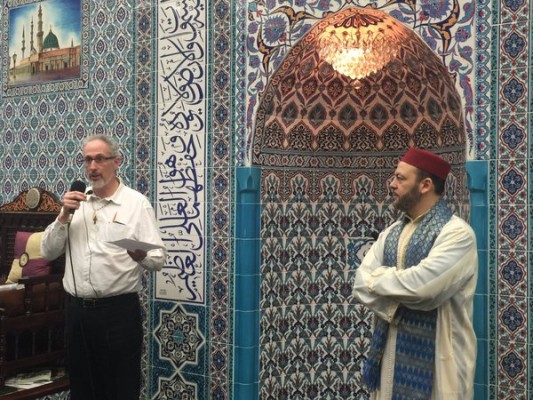 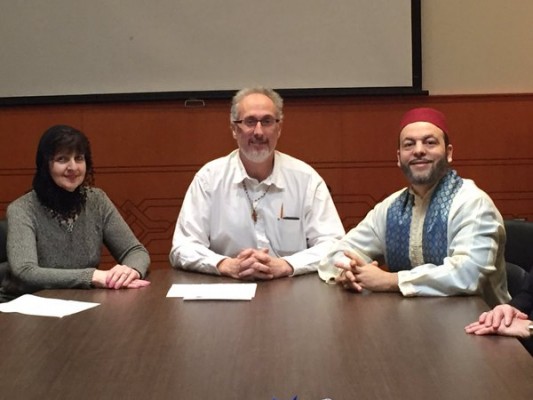