As part of World Interfaith Harmony Week, the Darchei Noam Synagogue, along with the Intercultural Dialogue Institute, presented a panel discussion on the multi-faith efforts to bring refugees, especially Syrian refugees, to Canada on Tuesday night.

Rabbi Tina Grimberg offered a warm welcome to a full house who came out to learn of the interfaith response to the refugee crisis facing the world.

In Canada, faith communities play much greater role in refugees resettlement than in other places, Doug Saunders told the gathering.

“We do many things well as Canadians, but we need to worry about the emotional life of refugees who come from trauma,” he said.

“What is important is to let refugees turn into ordinary immigrants at their own pace as they shed their traumatic past.”

“We respond to the Syrian refugee crisis as Jews – it is the right thing to do and it reflects our values of tikkun olam,” said Alboim. “We, Jews, are the children of refugees and what is happening in Europe is all too familiar to us.”

Habeeb Alli noted that the security systems in place are stringent to prevent extremism from entering the country.

“Syrians have contributed meaningfully to our society for over a century,” he said. 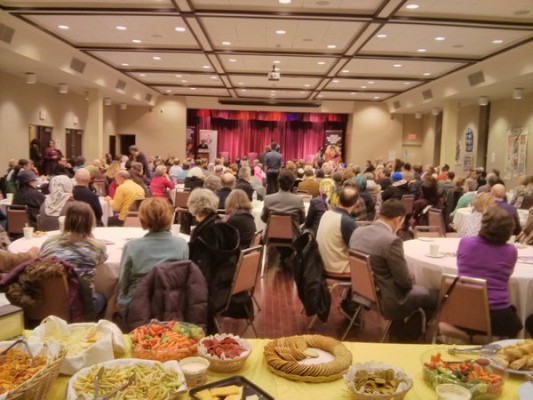 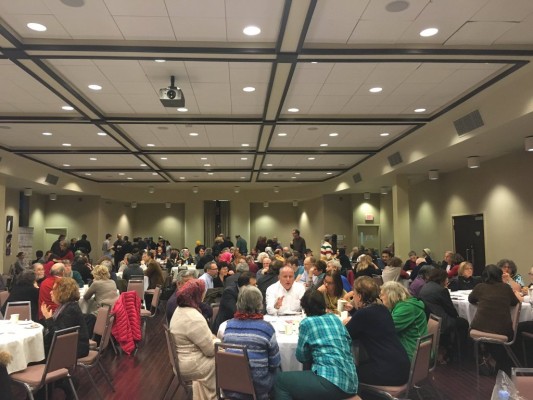 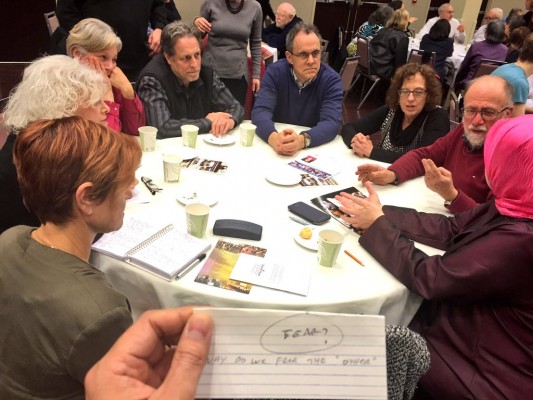