Toronto Muslim youth took part in Fasting 5K on Saturday, June 25 and joined with other Muslims across North America to raise over $130,000 for youth charities.

“We were able to raise a total of $13,000 for youth mental health services in Toronto and abroad and over $130,000.00 across all 7 participating Fasting 5K cities,” Zoya Alam, an organizer of the Toronto event, told IQRA.ca.

Fasting 5K was started in 2013 by a group in Boston that came up with the idea of holding an event to raise funds during Ramadan for local and international charities – their mission is ‘to empower youth through the pursuit of charity and service to underserved populations.’

Since then a growing network of communities across North American cities run and walk for various charities every Ramadan.

This is the first year a team from Canada participated in Fasting 5K. 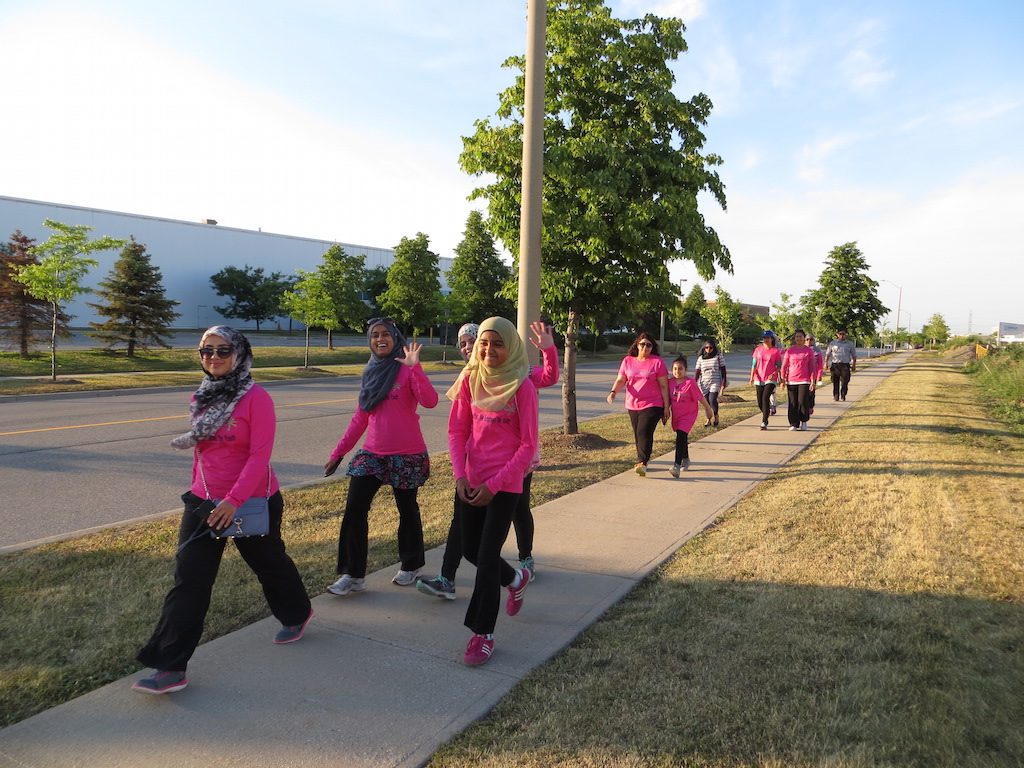 The Toronto event started at Dunton Athletic Fields in Mississauga and ended at the Sayeda Khadija Centre where the City’s Mayor, Bonnie Crombie, welcomed them.

“Mayor Bonnie Crombie and the Honorable MP Omar Alghabra came out to support our event and made closing remarks at the Sayeda Khadija Centre,” said Zoya Alam.

“Participants had an amazing time and cannot wait until next year.”

A portion of the funds raised by the Toronto team goes to Nexus Youth Services, an organization that offers treatment to address youth mental health needs as well as social, recreational, and skill-building programs and volunteer opportunities for youth aged 14-24. 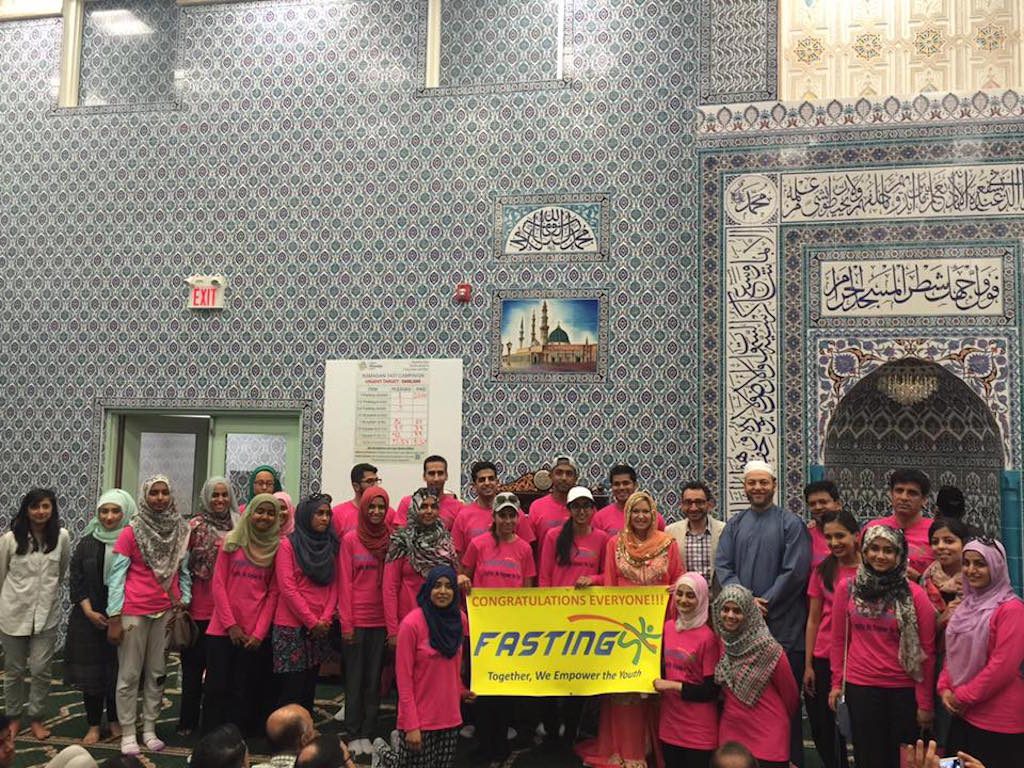 Ramadan in Canada defined by generosity

Acts of generosity and hospitality have become a defining feature of Ramadan in Canada.

Throughout the country, many campaigns have been launched in support of local food banks and shelters, packaged meals are being distributed to the homeless and needy, and Canadians are being invited to share fast-breaking meals with Muslims.

Ramadan is the famous month-long fast of Islam during which Muslims abstain from food and drink from dawn until sunset, every single day throughout the entire month. Ramadan began on June 6th and concludes on July 5th.

In addition to fasting, Ramadan is also a month of increased worship, special prayers, and recitation of the Qur’an.

While Ramadan is generally known as the month for personal restraint, worship and reflection, it is also the month of giving for Muslims as they support the needy and engage in charitable acts.

Traditionally, Muslims give their annual Zakat (alms) to the poor in developing countries and donations to support relief work around the world.

However, Canadian Muslims are increasingly giving to local causes through campaigns to help the disadvantaged and are opening up their homes and centres to their neighbors to share the evening Iftar (fast breaking) meal.