Titled, ‘Not in God’s Name: Religions Against Religious Violence’, the event was organized by a multi-faith coalition of York University student clubs including LOGOS Christian Community, Hillel at York, Islamic Arts of York and Intercultural Dialogue Institute York U.

Speakers from three monotheistic faiths – Rabbi Aaron Greenberg, Canadian Director of the Jewish Learning Initiative on Campus; Rev. Damian MacPherson, Director for Ecumenical and Interfaith Affairs for the Roman Catholic Archdiocese of Toronto; and Muneeb Nasir, Executive Director of the Cordoba Centre for Civic Engagement and Leadership – spoke from their own faith traditions on why religiously motivated violence is not condoned.

“Most violence, conflicts and wars have nothing to do with religion whatsoever,” said Muneeb Nasir. “They are about power, territory, and glory, things that are secular, even profane.”

“Religions have internal resources that resist violence in ‘the name of God’”, he added. “For people of Faith, religion gives meaning to life and teaches people to love one another, cooperate and collaborate with one another, and work together to achieve common goals for the common good.”

“According to the Qur’an, we were created from a single soul,” Muneeb Nasir noted. “This verse teaches us that our common humanity precedes our differences.” 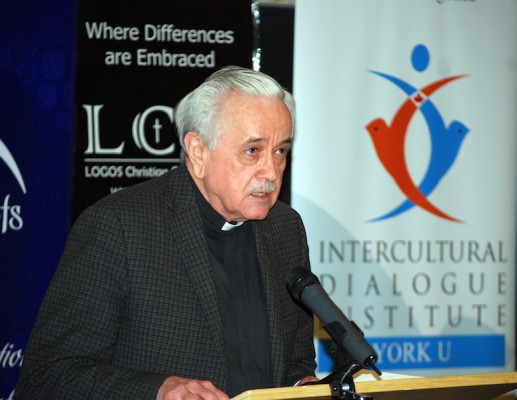 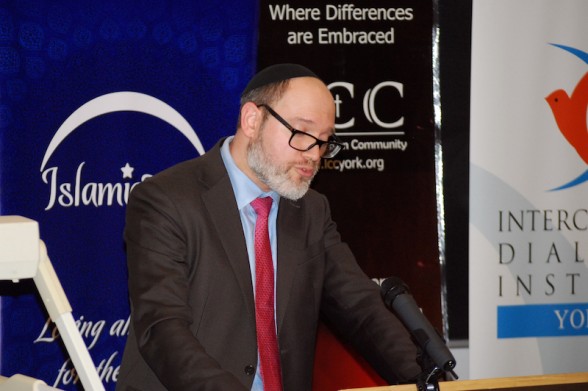 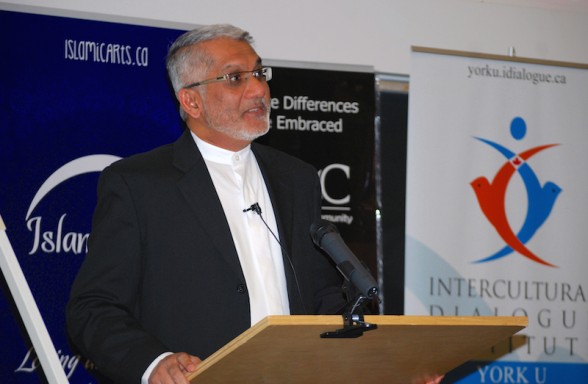 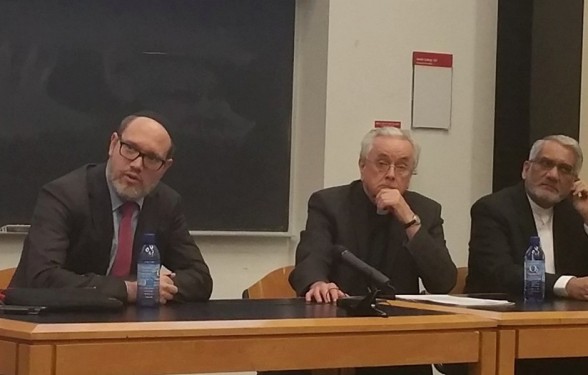