An Interfaith Dialogue of Jews and Muslims:
The Challenges and Opportunities of Society and Assimilation

Rabbi Flanzraich is a past president of the Toronto Board of Rabbis, past president of the Christian Jewish Dialogue of Toronto, co-chair of the Catholic-Jewish Bioethics Board, a board member of the Canadian Rabbinic Caucus, UJA-Jewish Federation of Greater Toronto, a member of Israel Bond’s Rabbinic Cabinet, board member of the Jewish National Fund and the author of a book on combating Jewish fundamentalism called “The Small Still Voice”. Rabbi Flanzraich is also a frequent guest on TVO, Vision TV, and CBC. Read more 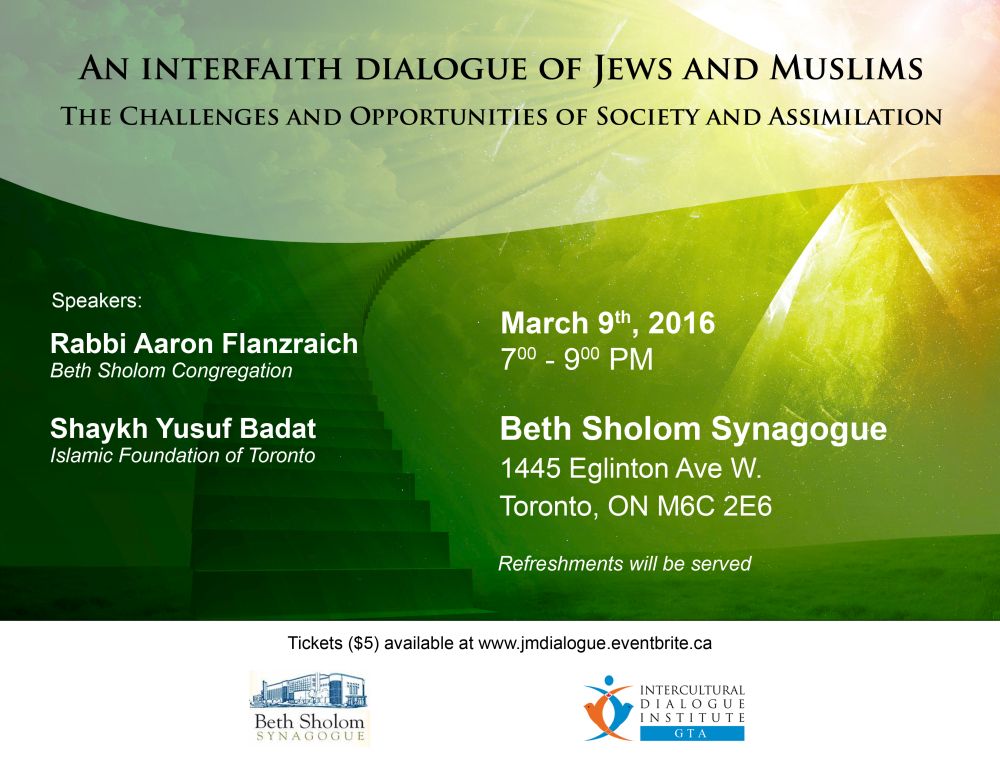