You are cordially invited to attend a presentation on the

The Environics Institute 2016 Survey of Muslims in Canada 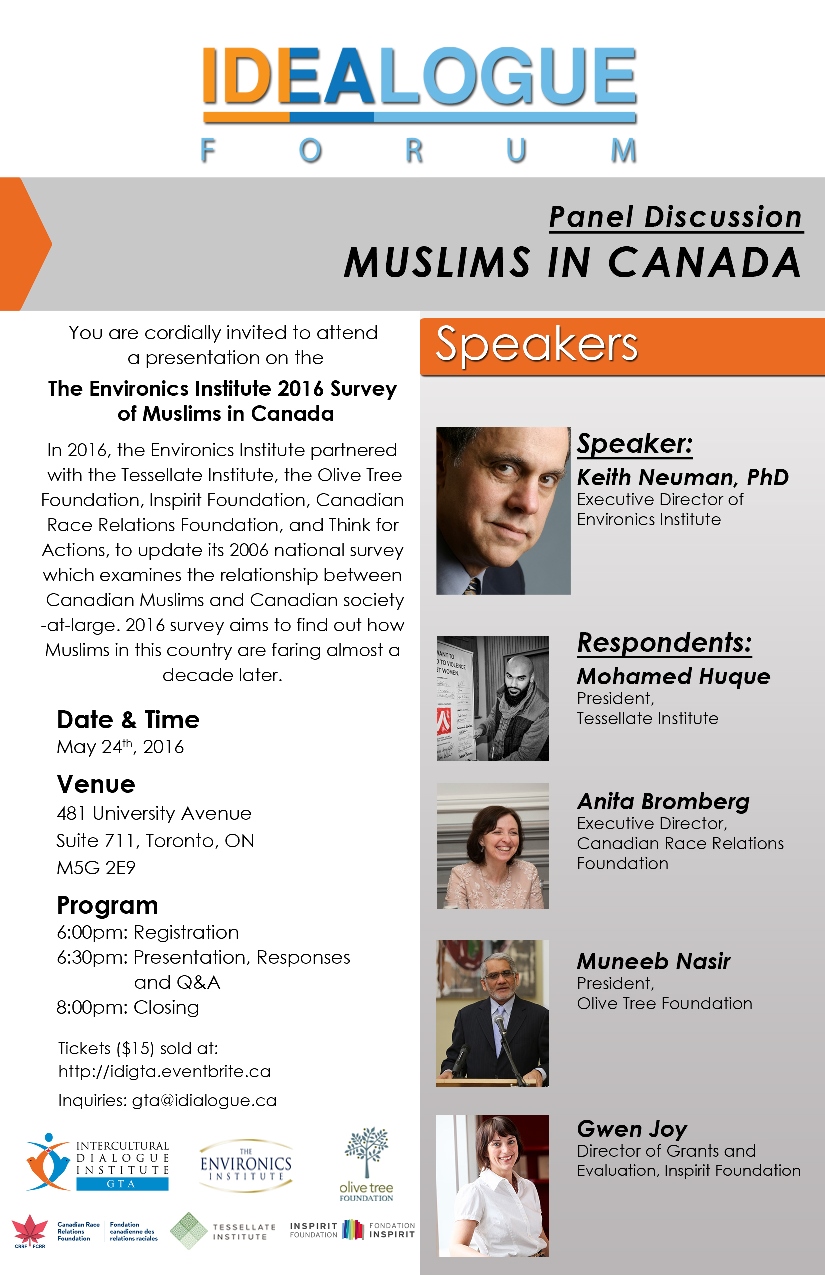 About the Environics Institute 2016 Survey Of Muslims In Canada

The survey reveals what it is like to be Muslim in Canada, and how this has changed over the past decade.

The results show that Muslims as a whole are embracing Canada’s diversity, democracy and freedoms, and feeling more positive about the country than a decade ago. This is despite continuing to experience discrimination due to religion and ethnicity, well above levels experienced by the Canadian population-at-large.

Key findings from the new survey include the following:

The 2016 survey of Muslims in Canada was conducted by the Environics Institute for Survey Research, in partnership with the Tessellate Institute, the Canadian Race Relations Foundation, the Inspirit Foundation, the Olive Tree Foundation, and Calgary-based Think for Actions.