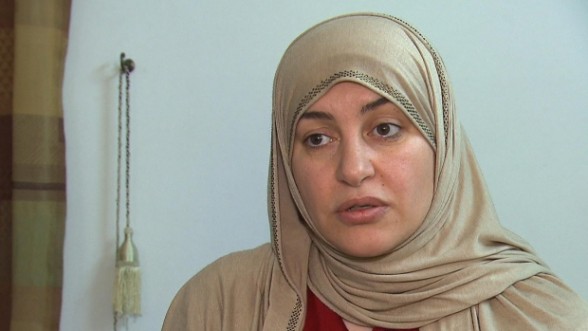 (February 26, 2015) – “In my opinion, you are not suitably dressed,” Judge Eliana Marengo told hijab wearing Rania El-Alloul Tuesday, according to a courtroom recording obtained by the Canadian Broadcasting Corp.

“Decorum is important. Hats and sunglasses, for example, are not allowed, and I don’t see why scarves on the head would be. The same rules need to be applied to everyone,” said Judge Marengo.

Rania El-Alloul told the judge she is a Muslim.

Judge Marengo responded to El-Alloul that she could either remove her headscarf or ask for a postponement in order to consult a lawyer.

El-Alloul went to the court trying to get her car back because it was seized by the Quebec automobile insurance board.

In a CBC interview, El-Alloul said she couldn’t believe what was happening.

“When I came the first day when I made landing in Canada, I was wearing my hijab,” she said.

“When I swore by God to be a good Canadian citizen I was wearing my hijab, and the judge, I shook hands with him the same day I became Canadian. I was really very happy. But what happened in court made me feel afraid. I felt that I’m not Canadian anymore.”

Sameer Zuberi, a board member with the Canadian Muslim Forum, told CBC, “This is really just a no-brainer.”

“The judge should have known better. It’s not the first time somebody walks into a courtroom with a religious dress. Jews, men who wear the kippa, have been here for decades and they’ve certainly been involved in a courtroom setting.”