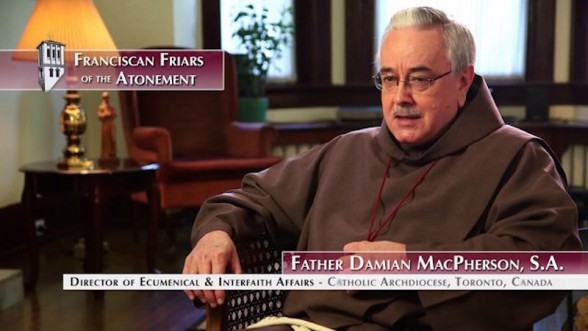 (March 16, 2015) – Use of descriptive language attempting to describe the behavior of ISIS members has been all but exhausted.

The occurring bloodcurdling images from such events serve to stir the deepest resentments we are able to identify from within.

There appears to be no promising end to the continuing and disabling consequences of such dysfunctional activities.

All feel insecure and at risk.

The element of surprise as to who is next is in rapid decline because all have become vulnerable.

A recent quote in the British Journal, THE TABLET by noted scholar Dr. Mona Siddiqui noted, “If there were no terrorism, no one would be talking about Islam at all.” (31, Jan.2015, p.7).

I know that it is difficult for some and impossible for others not to clearly associate the activities of ISIS with the religion of Islam.

Such, however, was not the case when just recently the United States president, made it clear that his country was not at war with Islam.

In the mind of the President Obama, ISIS activities and Islam are different and distinct realities.

It is not so clear just how commonly shared President Obama’s assessment of the situation is.

He expressed this opinion in a February 2015 address to more than sixty world leaders, gathered at the White House, in efforts to combat terrorism at the local level.

The purpose of this article is not to sort out such opinions.

Instead, let me suggest that what frequently appears to remain outside the perimeters of the debate about the justification of violence done in the name of Islam is the question of whose God is it anyway?

Do Catholics, for example, believe that Allah, the God of Islam, is their personal God as well?

Would one expect to hear preached from the Sunday pulpit or at the Friday prayer service that Islam and Christianity worship the same God?

One is easily inclined to think not.

Could it be said that the average Catholic, and Muslim as well, spends little or no time pondering the question or sorting out the similarities and differences between the God worshiped by Islam and Christianity?

What certainly is observed as true is that both Catholics and Muslims worship God differently.

If one looks within a Catholic Church on Sunday morning and a Mosque on Friday afternoon, especially during worship services, one will clearly acknowledge the presence of stark differences.

Different as well is the fact that Muslims are expected to pray five times a day and in a particular manner.

Such is not a common practice for Catholics.

When it comes to prayer, what is required of the one is not expected of the other.

Dress code too is clearly an observable difference.

Catholics and Muslims do share a number of significant things in common and for this reason the Church has a high regard for Muslims.

For example, from the Vatican II Document Nostra Aetate we read the following: “They worship God, who is one, living and subsistent, merciful and almighty, the creator of heaven and earth, who has spoken to men. They strive to submit themselves without reserve to the hidden decrees of God, just as Abraham submitted himself to God’s plan, to whose faith Muslims eagerly link their own. Although not acknowledging him as God, they revere Jesus as a prophet, his virgin mother they also honor, and even at times devotedly invoke. Further, they await the Day of Judgment and the reward of God following the resurrection of the dead. For this reason, they highly esteem an upright life and worship God, especially by way of prayer, alms-deeds and fasting.” (Par 3).

Catholics and Muslims also share a certain measure of moral affinities around questions of birth control, homosexuality and abortion, to mention a few.

To answer the question whether Catholics and Muslims believe in and worship the same God, Saint Pope John Paul II answered this question when he addressed a stadium filled with Muslim youth in Morocco, August 19, 1983.

Speaking with unblemished clarity he noted that, “we believe in the same God, the one God, the living God and the God who created the world and brings His creation to their perfection.”

Elsewhere in the same address he acknowledged that, we Christians and Muslims, must recognize with joy the religious values that we have in common and give thanks to God for them.

Such an unqualified acknowledgement may come as a surprise for some.

Given the teaching of the Qur’an (ch.4, vs. 36) and the Bible (Mt. 22:37-39), we believe that love for one another as neighbors is not a choice we arbitrarily make but a responsibility we must necessarily assume.

Christians are left to seriously question, as are most Muslims, precisely how ISIS can possibly believe they are following the Qur’an in view of their evil behavior.

Responding to such a dilemma, the Grand Imam of Egypt’s top Islamic institution, al-Azhar University, Sunni Islam’s most respected seat of learning, has called for a radical reform of religious teachings to tackle the spread of Islamic extremism.

He acknowledged that a historical misreading of the Qur’an had led to intolerant interpretations of Islam.

We, Christians and Muslims, firmly believe that God loves the world of His creation and longs to be its Guardian.

Let us not forget to take refuge in Him, remembering that love casts out all fear.

Finally, faithful Muslims and practicing Christians, bound by the same God, must stand firm and tall in common opposition to the blood and violence coming from terrorism.

The one God, our God, the same God of Islam and Christianity, calls us to intensify our witness as a pledge against the evil forces that masquerade themselves under the guise of religion.

Rev. Damian MacPherson, SA, is the Director of Ecumenical and Interfaith Affairs for Roman Catholic Archdiocese of Toronto.